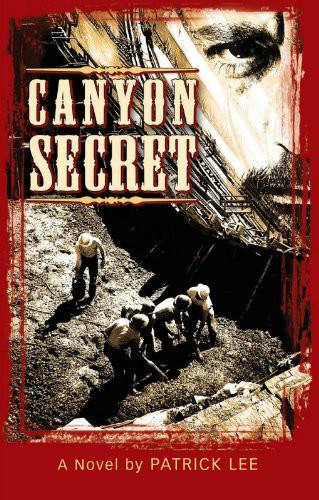 All rights reserved. No part of this book may be reproduced or transmitted in any form or by any means, electronic or mechanical, including photocopying, recording or by any information storage and retrieval system—except by a reviewer who may quote brief passages in a review to be printed in a magazine or newspaper—without permission in writing from the Publisher.

This is a work of fiction based on factual events. Names, characters, places and incidents are either the product of the author’s imagination or are used fictitiously. Any resemblance to actual persons, living or dead, is entirely coincidental.

To all the men who built Hungry Horse Dam and to those brave men who died while working on the project.

I would like to thank all those men who graciously shared their personal stories with me. Bud Cheff, Emmett Myrhe, Bob Higson, Al Sparr, and Glen Kartheiser provided invaluable first-hand knowledge about working on the Hungry Horse Dam project. Bob Emerson, who worked as an electrician on the Dam, also provided me with important photographs and stories.

I would like to thank the women whose stories of life in Hungry Horse, Martin City, and Coram during the construction days helped me inject color and personality into the lives of the characters in the canyon towns. I am grateful to Edna Foley, Irene Schaffer, Judy Johnson, Frieda Ostby, Judy Rabadue and her mother for all the information they shared.

The History of the Canyon Area
, produced in 1994 by the Canyon Citizen Initiated Zoning Group was a valuable historical resource. Reading this publication helped me understand the growth and development of each of the canyon towns.

The Hungry Horse News
in Columbia Falls, Montana provided me with volumes of newspaper articles written about the construction of the Dam. The late Mel Ruder, the owner, publisher, editor, and photographer of the News, published a comprehensive series of articles and photographs detailing this period.

Butte, Montana’s Jim Michelotti and his
Montana Standard Newspaper
article entitled “The Lost Neighborhoods,” and Steve Luft’s Master’s thesis on the same subject, provided historical information, which I used to foreshadow the encroachment of the Berkley Open Pit Mine on the neighborhoods of Meaderville, East Butte, and McQueen.

I also wish to thank three retired Flathead High School English teachers for reading, editing, and discussing the early drafts of my manuscript. Harry Mular, Lynn Scalf, and Tom Antonovich applied the tools of their trade and made the final editing much easier.

Finally, I would like to thank my close friend Ken Siderius for planting the seed for this story several years ago when he shared exciting memories of his days in the canyon towns when he was young and somewhat impressionable.

W
ith a raspy voice the elderly man whispered to his morning personal care attendant at the Veterans Home. “Steve, talked to Doc Carr last night. Told me the cancer’s gone wild. I ain’t ate nothin’ in two days. Can’t keep it down.” He struggled and managed to inhale two shallow breaths. His shaky hands slowly tugged his throw blanket up beneath his neck.

Steve carefully backed up to the exit door and guided the wheelchair out through the six-foot wide double pane glass door. He moved closer to the man in order to hear as the failing man continued to whisper, “Told my niece school’s out for me. That’s the long and the short of it, I expect.”

His attendant lovingly ushered the man outside to the concrete pad in the picnic area. He carefully guided the chair as tears started down the cheeks of his tan face. The man in the chair meant so much to him. More than once Steve found an envelope stuffed with money in his employee mailbox. With the money he continued classes at the local community college. The young man wiped his eyes and runny nose with the upper part of his white short sleeve shirt. Steve struggled as he attempted to speak to the seventy-four year old man who now slumped down in the wheelchair. They stopped next to a table in front of the clump birch trees. Steve rearranged his patient comfortably in the chair. “Here we are Mr. A, right at your spot. Are you sure I can’t get you anything?”

In a barely audible and weak gasping voice, he answered, “No thanks, Steve. I’ll wait for the police right out here. After I die, make sure you read my will. I left a little something for you. You finish school and become a nurse.” Steve disappeared back into the building and dried a new set of tears from his face.

The old man listened and heard the door close behind his devoted attendant. Now alone, he considered how he’d tell his story to the police. “After fifty-five years of feeling guilty, I’ll get this weight off my chest. Just to be done with the secret will be worth it. They can’t do much to me now; I’m circling the drain.”

The September sun filtered through the wilting leaves of the birch tree and warmed the back of his wrinkled neck. He coaxed the down throw blanket from his shoulders and covered his legs. His circulation problems now chilled his legs most of the time. He slowly raised his head as his tired eyes wandered toward the east. Through his thick, scratched trifocals, he found Badrock Canyon. Teakettle Mountain guarded Badrock to the north and Columbia Mountain protected it to the south. Looking toward Bad Rock Canyon, he focused his mind back to the task at hand.

“With the cops, I best get right to the beginning. Right to where it all started. I won’t leave nothin’ out. The police won’t care much about what happened back then, but it’ll clear my conscience. I need to do it.” He lost the battle with sleep and blinked his eyes closed. His mind sleepily traveled back through time to 1952, to the streets of the McQueen Addition in Butte, Montana.

M
ikhail Anzich slowly walked down the concrete steps of Holy Savior Church after the 10:30 Mass. Most of the church congregation emptied ahead of him and stood outside in small groups laughing and talking. He took some extra time after Mass and prayed for the strength and courage to do what he knew was the right thing to do. It had to be done. Life sent him down a course that he couldn’t control. He anguished over his decision and the negative effects it would have on his family, his neighbors, and his labor union brothers. His thoughts abruptly ended as his close friend John Nolan yelled up to him. “Hey, you thick-headed Bohunk. Get your head up.”

Mikhail angrily approached Nolan and the two other men who leaned against the handrail at the bottom of the stairs. In his deep and gruff voice he whispered, “Nolan, I told you not to call me that in front of people. Especially when there’s women around.”

“I keep forgettin’. I’m just so jealous of your big—”

The men with Nolan stepped back and joined their wives. It wasn’t safe to be close when Nolan pushed the limits with Mikhail. Neither man wanted Mikhail to think they were part of Nolan’s teasing.

John Nolan laughed and nodded his head to Mikhail to start walking toward the side of the church. As they walked by women leaving the church front, Mikhail tipped the corner of his newsboy cap with his right index finger. He imitated this sign of respect and courtesy that he learned from his father when they walked home from this same church many years earlier. He bristled from Nolan’s teasing, but his real anger originated from other pressing issues.

Again Nolan interrupted his thoughts, “When you tellin’ all these people that you’re leavin’?”

Mikhail stopped near the front of Holy Savior School and looked southward toward his neighborhood of McQueen. He continued to recognize people as they walked by. “I’m tellin’ the officers of the McQueen Club tomorrow afternoon. They’ll tell everybody else. I’ll tell the men at the union meetin’ tomorrow night.”

“And when you tellin’ my nephew?”

Nolan laughed again, “I adopted him last week when you were in takin’ a dump. He likes me better’n you anyways.”

Mikhail shook his head and managed a weak smile as he looked away from his long-time tormentor and confidante. Nolan brought a lighter side to the problems Mikhail faced. “Someday Nolan, I’m goin’ to—”

“Yeah, yeah. I’ve heard that one a thousand times. You’re too big and slow. That empty bucket on the top of your shoulders weighs you down.”

“Call him Thomas, or Tom, or Tommy. You don’t live in Serbia or Croatia or wherever the hell you’re born. You’re the only one who cares about that shit anymore.”

The men walked down Leatherwood Street toward their homes on Garfield Street. Nolan managed to temporarily chase away Mikhail’s anxiety about his situation. He grinned and without looking at Nolan, he answered, “It’s worth leavin’ Butte, just to get away from the likes of you.”

They continued their bantering until they passed in front of Nolan’s home on the corner of Garfield and Leatherwood. As they had done for the forty years they knew one another, the two old friends said good-bye and made plans to meet in a couple of hours to walk over to the McQueen Athletic Club for the afternoon.

Once alone, Mikhail quickened his pace. He again faced his decision to leave McQueen and everything he loved. The labor strike of 1952 entered its fifth month with no possibility of settling in sight. The business agents from the six unions just returned from Washington, D.C. with the disappointing news that Senator Mansfield wouldn’t interfere and pressure the Anaconda Company to sit at the table to negotiate. The main issue to resolve was the Company’s demand for cross-productivity whereby officials insisted that two out of every eight-hour shift, men could be assigned to work outside of their craft or local union. It was a tactic to break the strong union hold on employment. The union movement gained strength following the labor strike in 1946. Solidarity was at its all time high in Butte labor history. The unions stood strong against the Company’s plan.

Mikhail filled the role as shop steward for the Iron Workers Union. He and his son picketed every day of the strike. His commitment and example focused the strikers during the painful months of the strike. Now he planned to leave to go work on the final months of construction of the Hungry Horse Dam in northwest Montana. He had to pay the medical costs for his granddaughter, Anna. The expenses for the iron lung and the months of no paychecks drained the family’s small savings. His son-in-law brought in enough to pay for the day to day house bills and his fancy new pickup. With the strike and no money coming in for over five months, the hospital planned to move Anna to the County Hospital with other polio and tuberculosis patients.