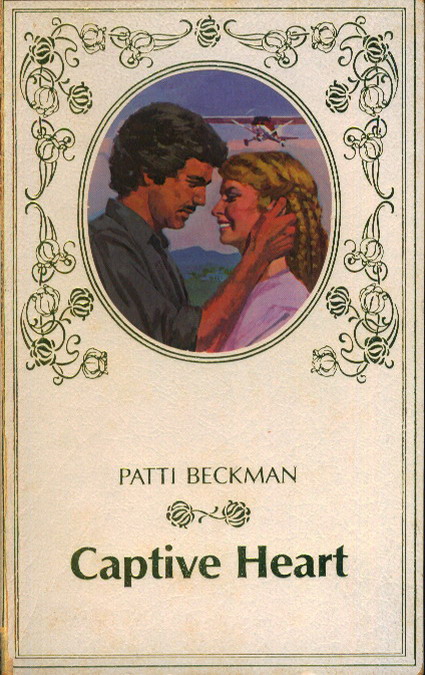 "I will have you when the time is right…" JoNell knew that the wealthy South American playboy Jorge Del Toro would carry out his threat. He played the game of love and business with a fierce determination to win.

But JoNell was unprepared for his ruthless offer: marriage to him in exchange for saving her father from financial ruin.

Trapped by this marriage of necessity, alone in a wild and exotic land, JoNell is shocked when a spark of passion kindles her hatred of Jorge into searing flames of love.

To my husband Charles

who is the model for all my heroes

by arrangement with the Silhouette Division

JoNell Carpenter impatiently tossed a long, blond braid back over each shoulder. Her fidgeting fingers drummed the stick of the Cessna 180. She was approaching her destination—Lima, Peru—and becoming more nervous by the minute.

Tension from the long hours at the controls was making her slender body ache. Her eyes felt gritty, her muscles cramped. More than that, however, her inner turmoil was grinding at her nerves. She tried a few long, deep breaths, but they didn't help.

Unexpectedly, the mist cleared briefly. JoNell gasped. In spite of herself, she felt a pleasant tingle as she saw the Peruvian coastline come into view. The blue waters of the Pacific sparkled with a vitality that brought tears to her eyes.

She dabbed away the moisture from her eyes with a tissue that had been wadded up in the right breast pocket of her powder blue jump suit. "It's just beautiful!" she gasped softly, not wanting to waken her tired Uncle Edgar who snored intermittently in the seat beside her.

The magnificent sight of a foreign coastline laid out in all its raw splendor under the wings of the little airplane caught JoNell off guard and made her forget briefly how much she truly disliked what she was doing.

Under other circumstances she would have thoroughly enjoyed the flight down here from the United States. The scenery had been awesome. She had flown over vast panoramas of deep green jungle alternating with patches of brown and yellow deserts. At times she had cleared mountain passes at 13,000 feet with soaring peaks on either side dissolving into the mist. And once she had caught sight of the great Amazon like a silvery python writhing its way through the jungle.

Yes, the countryside was beautiful—but her mission definitely was not. Had it not been for her father resting at home, recovering from a heart attack, she certainly would never have agreed to ferry this airplane to Peru for the notorious Jorge Del Toro.

JoNell knew all about the philandering, South American playboy. Stories about him filled the Spanish language magazines read by the Cubans back home in Florida. JoNell read the Spanish magazines to keep up her fluency in the language. Long ago, she'd grown tired of reading about Del Toro's romantic escapades. Men like Del Toro were ruthless with women. Once they conquered a woman, they grew bored with her and tossed her aside in search of new game.

Del Toro's most recent encounter had involved a beautiful American actress who had a leading part in a movie being filmed in Peru. The actress had dubbed Del Toro "Latin America's Most Ruthless Heartbreaker." Well, a scoundrel like that certainly couldn't break JoNell's heart… but of course he wouldn't try. Men like Del Toro moved in the rarified atmosphere of the South American social jet set. His acquaintances ruled the political and economic tides of Latin America. He came from a rich and prominent family. He would hardly notice a small town girl like JoNell!

JoNell nudged Uncle Edgar awake. The two of them flew in awed silence as they admired the breathtaking view of the Peruvian coastline. The radio hissed and crackled when JoNell called the Lima tower for permission to land. Over the static, she heard a male voice give the wind direction and velocity. She picked her runway, brought the plane down in a smooth, skillful landing and taxied glumly to the hangar.

"That's it," sighed JoNell. She turned off the ignition and watched the spinning arc of the prop come to a halt. "We're actually here."

"Now that wasn't so bad, was it?" drawled Uncle Edgar in his slow, deep voice. He faced her squarely. His lips curved ever so slightly to indicate that he was smiling.

"Oh, Uncle Edgar," she exclaimed impatiently, "can't you ever really smile like ordinary people do?"

JoNell was immediately ashamed of herself as she saw the blood drain from Uncle Edgar's long, homely face as his hint of a smile turned into a hurt frown.

"I'm sorry, Uncle Edgar," she apologized swiftly, touching his big hand. "I truly am. It's just that I'm so uptight, I'm looking for an excuse to pick on somebody."

She hoped he believed her, because she honestly was sorry. Uncle Edgar was the last person she would ever want to hurt. He had seen her through mumps, chicken pox and the flu. She had trailed around after him ever since she'd been big enough to carry a wrench. In his slow, plodding way, he had talked to her about engines and airplanes for hours on end. He had taught her to love and understand machinery.

Now she had verbally attacked him for a facial mannerism she had come to love. What was wrong with her?

"I know, Pet," he drawled slowly. "I understand. You don't really want to be here, do you? But you feel you don't have any choice. So you're just looking to take your anger out on somebody, and I guess I'm the handiest target. Sure, I understand. Don't worry your pretty head about it."

"Okay, Uncle Edgar," she choked, "you're the most—the most—"

"I know," he said, and patted her hand clumsily.

JoNell looked at her Uncle Edgar through a mist of tears. He had to be the most compassionate and forgiving man in the world. But then, why not? He'd been through some miserable times with his alcoholism. He'd sunk pretty low. When he finally joined Alcoholics Anonymous and went on the wagon, he spent a lot of time repenting the trouble he'd caused everyone. So he could certainly understand how it is possible to lash out at someone you love when you're not feeling like yourself. And JoNell Carpenter definitely wasn't feeling like herself right now.

"I wonder what he's really like?" JoNell mused, her thoughts again turning to the buyer of the plane she was delivering, the notorious Jorge Del Toro. She raised the door handle, swung around and climbed down. Her sneakers touched Peruvian soil, but right now she wished herself back home in good old south Florida, where the sun was hot and bright every day and the palm trees whispered their secrets to the blue sky. Instead, here she was in damp, chilly Lima, Peru, south of the equator, on a mission she didn't want but couldn't refuse.

"All Peruvian men are dashing, charming, good-looking, suave—terrific lovers and terrible husbands," drawled Uncle Edgar, with a hint of a twinkle in his eyes.

"Oh, Uncle Edgar," she giggled, "now you've done it. You've ruined my beautiful gloomy mood!" And she broke into a merry laugh, her large, brown eyes coming to life for the first time since they had landed the red and white Cessna.

"It's about time," said Uncle Edgar. "Now, let's find this joker and get this transaction completed."

JoNell was all in favor of getting this business over with as quickly as possible. But she faced the irksome prospect of being stuck here in a foreign country, far from home, while she gave flying lessons to a rich playboy. She felt like someone who had been dreadfully miscast in a play. She was a small town girl whose only ambition in life was to be a good teacher in an elementary school. The only kind of man she was interested in meeting was a steady, decent type who'd want to marry her and live a simple, uncomplicated life with her while they raised a small family. Galavanting off to South America had not been part of her plans.

JoNell and her uncle began walking toward the hangar. A fine mist settled around them, making JoNell shiver. She had read that the
garua
, as the mist is called, occurs during the Peruvian winter months from May to October. Mingling with a fog, it obscured the surrounding mountains. Above, the gray sky looked neither threatening nor inviting, just impersonal. JoNell had also read that it never froze in Lima, but she hadn't expected the damp chill to penetrate so deeply.

A heavy, short, dark-haired man materialized wraith-like out of the mist. "
Bienvenidos
," he said cheerfully, bowing politely to JoNell and offering his hand in welcome to Uncle Edgar.

A Fear of Clowns (The Greasepaint Chronicals) by Power, P. S.
A Change of Plans by Donna K. Weaver
A Wolf's Mate by Vanessa Devereaux
Reprisal by Christa Lynn
Because of Winn-Dixie by Kate DiCamillo
Running Dry by Wenner, Jody
The Shepherd by Frederick Forsyth
Love Behind Lies by Anna L
The Glass Harmonica by Russell Wangersky
Crossing the Line Part One (A Novella) by Samantha Long