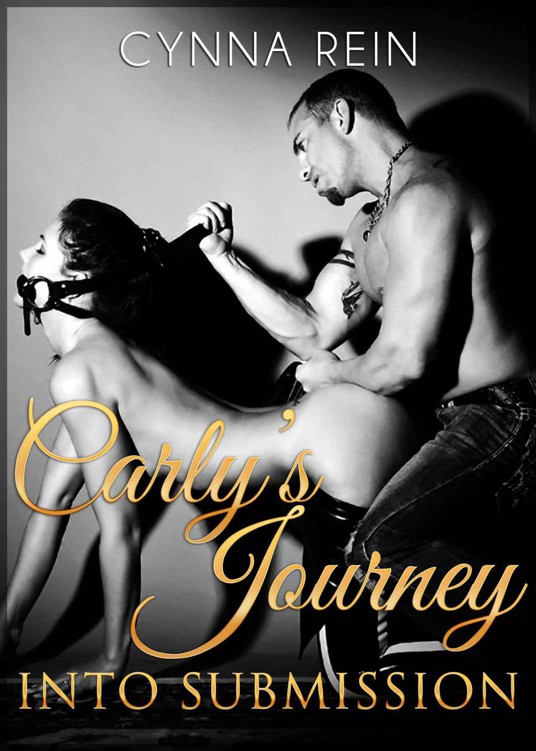 Volume 1 of the Carly's Journey Series

All rights reserved.  No part of this publication may be reproduced, distributed, or transmitted in any form or by any means, including photocopying, recording, or other electronic or mechanical methods, without the prior written permission of the publisher, except in brief quotations embodied in critical reviews and certain other non-commercial uses permitted by copyright law.

My journey into an alternate lifestyle wasn’t planned, it just kind of happened.  I was an average sized woman, not overweight but not a bean pole; I had wider hips but had full breasts to match.  I had always been considered attractive with an oval face, full lips, and long wavy blonde hair.  I had blue eyes that looked almost icy with long luscious lashes.  Even in my late 30’s, my skin was fair and toned, with just the hint of fine lines but not as much as many of my younger co-workers.  I looked in the mirror and would say – “what is wrong with me?” Over the past year with my boyfriend our sex life was non-existent.  He hadn’t so much as hugged me.  For me it was like culture shock, as the guy before that had wanted sex at least three times a week usually more.  I am not sure why I didn’t dump him, I could have.  I was hoping I guess he would change back to the guy I had fallen in love with but it got to the point though where I was so sexually frustrated that I was losing my mind.  My usual romance tastes turned into a thirst for erotic books, but honestly, this made things even worse.  All I can say is thank god for my kindle because at least no one knew what I was reading.  Seriously some of my favorite titles I read started with
bound and fucked
.

I never really thought of myself as a submissive
, but as far as sex goes, the more I thought about it, the more it made sense.  Even from my first sexual experiences, I had trouble saying no to a man directing me to do something.  Now, outside of the bedroom I am not like that, I can take control and do what I need to in the office setting to be capable and effective.  However, even there I have submissive tendencies.  When crossing a man’s path in the hallway I would lower my eyes, not something a casual observer would probably notice but after reading enough on the subject of submission it was a real tell sign that I had serious submissive tendencies.

After 6 months of self-serving in the shower, it got harder and harder to climax, I really had to fantasize and focus.  Part of me was afraid to get caught; the bathroom door didn’t lock,
and my boyfriend had a key to my place, at the same time part of me wanted to get caught.  I had been curious as I read a lot of erotica about ménages and what it would be like to try anal play.  Of course, that wasn’t happening with my partner.  Who, by the way, said his lack of initiation when it came to sex was all in my head, when I tried to ask him about it.  So I went on line and bought myself a vibrator and a small flexible butt plug.   All I can say is thank goodness for online shopping.  I had no idea on the selection that would be available, and the colors; I was overwhelmed.  I looked at on-line reviews.  Then I waited for my packages which I was assured would arrive in a discretely labeled and packaged box.  I did a fair amount of on-line shopping so it wasn’t unusual for me to get packages and my boyfriend rarely expressed any interest in the contents.

One afternoon when I knew I would be alone in the house for some time, I decided it was time to break them out from their hiding place and give them a try.  I stop
ped in kitchen to cut open the hard plastic wrapping; seriously, did it need to be double packaged? I had to use scissors to get into the packages, and then I had to track down the correct sized batteries.  I felt like I was wasting valuable time.  I put all the packaging in a bag in the trunk of my car; I could toss it in a neighbors bin on trash day.  The vibrator was purple and much firmer than I thought, it was angled for G-spot arousal and I was hoping I could find my G-spot wherever it might be hiding.  I undressed in the bathroom and opened the lube first.  It was clear, but the texture was more like baby oil.  I had gotten some that said it was made for anal play and I coated the pink plug with that.  I thought it would be difficult to insert but I was able to gently push it into my puckered, untried hole with only a few strokes and then wished I hadn’t purchased the small size.  I had to hold it in some as I walked to the bed and got in.  I turned on the vibrator and start rubbing it between my legs.  I was amazed at how much hotter and wetter I was getting with the plug in my ass.  I brought it to my pussy and feel it vibrating on my folds.  I am so horny thinking about being with a man who would do this to me; make me submit to his every dirty desire.   In my fantasy he pushes me to my knees, unzips his pants and yanks hard on my hair.  With my mouth open he insets his hardening cock into my mouth.  He grabs on to the sides of my head, fucking my mouth.  He pushes his huge cock deeper into my throat with each stroke until I gag.  He tells me I better learn to take all of him or he will punish me by making me do this with all his friends.  My pussy is starting to pulsate and drip with excitement.  I can feel the walls of my vagina release and then contract, release and contract. I can feel my clit starting to swell.  I slipped the vibrator inside my pussy; I was so wet there was no resistance.  I continue with my fantasy of being dominated.  He is now close to his release; he has me use my hands to fondle his balls and stroke right behind them up to his anus.  He forces himself down to the root so my nose is buried in his pubic hair, and he holds me there and he releases his load down my throat.  I start to panic, but he reminds me gently to breathe through my nose and strokes my hair and neck gently as I submit to him and then my climax overtakes me.  The release was overwhelming and leaves me shaky but wanting more, I want the real thing.  I feel so alive.  My body feels decadent.

Back to reality now, I clean my toys and hide them in my closet for the next time I can use them.  I feel a little ashamed that what turns me on the most is being used by a man, but it’s the thoughts of what it would be like for him to make me available to all his friends that scare me most.  Why would that make me so hot?
I am just dripping thinking about being with a man who would do this to me, make me submit to his every dirty desire.  That is just crazy; it must be because I need to get laid bad.

I started on a personal campaign.  What would it t
ake for him to initiate sex, or even hint at it?  I decided I would lose at least 10 lbs., which turned into 20lbs; I stopped at 30lbs, which put me at the weight I was in college.  This took me several months but he didn’t notice or even comment.  People at work and friends kept telling me how great I looked.  Over this time period I also added self-serving in our bed, with my hands, while he was in it.  Thinking maybe he would join in.  Either he was asleep or a very sound sleeper because he never did, or even acknowledged what I was doing.

Time to amp it up again.  I had gone down to a C cup from the weight loss but I thought it was a fair trade.  My breasts were still firm and ample with sensitive nipples.  I decided new underwear was in
order.   On-line I found the sexiest lace demi bras I could find with matching cheeky panties.  I wasn’t ready for thongs just yet.  I wore them to work as my little dark secret.  This too went unnoticed at home; I don’t think my coworkers noticed unless my breasts looked bigger using the push up underwire styles.

It took me a
few weeks to get my life back into a routine but then it was finally time for me to take action.  I wasn’t sure where to start.  I was pretty sure I was submissive and wanted a dominant male but I wasn’t really into pain, as far as I knew anyway.  Although the idea of just submitting to a man and his desires made me really wet so who knew what I’d be willing to try when the time came.

I hated shaving so I decided to try my next plan of attack.  I was going to get a full bikini wax or maybe even have it permanently removed
; my lower legs and underarms while I was at it.   I went to a salon and got a new haircut, but something that still left me with long hair.

I posted a personal ad in hopes I would get an invite to a club where I could meet a Dom.  I knew they were out there
, but I hadn’t had any luck finding them on my own or on the internet.  I knew that I wanted to check out their experience and if they had training.  I found a list of interview questions on line and printed them.  There are many more male dominants than female submissive which I took as a positive sign as I did my research.

Then I used a special email I set up strictly for this ad.

About the Author / Other Books

Other Books by the author:

Handy in the Bedroom

A Gracious Plenty by Sheri Reynolds
Spitfire Women of World War II by Whittell, Giles
Bordello della Libertà (Aethertales Book 2) by D'Urso, J., Bryan, E.
Sweetheart in High Heels by Gemma Halliday
The Legend of the Phantom by Jacob Nelson
Touching Rune by S. E. Smith
Fellowship of Fear by Aaron Elkins
Call to Arms (War of the Fae: Book 2) by Casey, Elle
A Total Waste of Makeup by Gruenenfelder, Kim
The Captain: The Journey of Derek Jeter by Ian O'Connor