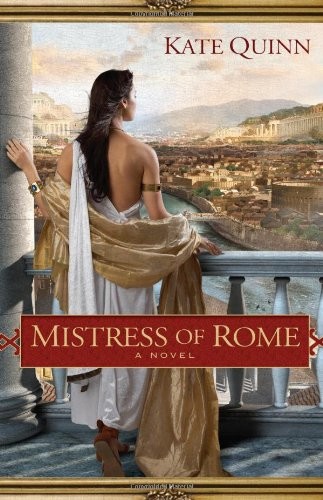 Table of Contents
Title Page
Copyright Page
Dedication
Acknowledgements
Epigraph
PART ONE - JULIA
One
Two
Three
Four
Five
Six
Seven
PART TWO - JULIA
Eight
Nine
Ten
Eleven
Twelve
Thirteen
PART THREE - JULIA
Fourteen
Fifteen
Sixteen
Seventeen
Eighteen
Nineteen
Twenty
PART FOUR - The Temple of Vesta
Twenty-one
Twenty-two
Twenty-three
Twenty-four
Twenty-five
Twenty-six
Twenty-seven
Twenty-eight
Twenty-nine
PART FIVE - JULIA
Thirty
Thirty-one
Thirty-two
Thirty-three
Thirty-four
Thirty-five
Historical Note
Characters
“[Quinn] skillfully intertwines the private lives of her characters with huge and shocking events. A deeply passionate love story, tender and touching, in the heat and danger of the brutal arena that was ancient Rome . . . Quinn is a remarkable new talent.”
—Kate Furnivall, author of
The Girl from Junchow
and
The Red Scarf
“Equal parts intrigue and drama, action and good old-fashioned storytelling. Featuring a cast of characters as diverse as the champions of the Colosseum,
Mistress of Rome
is destined to please.”
—John Shors, bestselling author of
Beneath a Marble Sky
and
Dragon House
“Stunning . . . a masterful storyteller. . . . It is no mean feat to write a novel that is both literary and a page-turner.”
—Margaret George, author of
Helen of Troy
“Full of great characters . . . So gripping, your hands are glued to the book, and so vivid it burns itself into your mind’s eye and stays with you long after you turn the final page.”
—Diana Gabaldon, #1
New York Times
bestselling author of the Outlander series

To my grandparents
Glenn and Marylou Reed-Quinn,
who are no longer here to read this book,
but who would undoubtedly have cracked a bottle of
champagne and bought a dozen copies.
Acknowledgments
Additional acknowledgments to my mother, Kelly, this book’s first reader; my husband, Stephen, who never lost faith it would be published; my agent, Pam Strickler, who shopped this massive manuscript all over New York until she found someone who believed in it as much as she did; and my editor, Jackie Cantor, whose careful editing and unbridled enthusiasm proved a lifeline. Many thanks to you all.
I undertake to be burnt by fire, to be bound in chains, to be beaten by rods, and to die by the sword.
—GLADIATOR OATH
Prologue
THEA
ROME, SEPTEMBER, A. D. 81
I
opened my wrist with one firm stroke of the knife, watching with interest as the blood leaped out of the vein. My wrists were latticed with knife scars, but I still found the sight of my own blood fascinating. There was always the element of danger: After so many years, would I finally get careless and cut too deep? Would this be the day I watched my young life stream away into the blue pottery bowl with the nice frieze of nymphs on the side? The thought much brightened a life of minimum excitement.
But this time it was not to be. The first leap of blood slowed to a trickle, and I settled back against the mosaic pillar in the atrium, blue bowl in my lap. Soon a pleasant haze would descend over my eyes and the world would take on an agreeably distant hue. I needed that haze today. I would be accompanying my new mistress to the Colosseum, to see the gladiatorial games for the accession of the new Emperor. And from what I’d heard about the games . . .
“Thea!”
My mistress’s voice. I muttered something rude in a combination of Greek, Hebrew, and gutter Latin, none of which she understood.
The blue bowl held a shallow cup of my blood. I wrapped my wrist in a strip of linen, tying off the knot with my teeth, then emptied the bowl into the atrium fountain. I took care not to drip on my brown wool tunic. My mistress’s eagle eyes would spot a blood-stain in half a second, and I would not care to explain to her exactly why, once or twice a month, I took a blue bowl with a nice frieze of nymphs on the side and filled it with my own blood. However, fairly speaking, there was very little that I would care to tell my mistress at all. She hadn’t owned me long, but I already knew
that
.
“Thea!”
I turned too quickly, and had to lean against the pillars of the atrium. Maybe I’d overdone it. Drain too much blood, and nausea set in. Surely not good on a day when I would have to watch thousands of animals and men get slaughtered.
“Thea, quit dawdling.” My mistress poked her pretty head out the bedroom door, her annoyed features agreeably hazy to my eyes. “Father’s waiting, and you still have to dress me.”
I drifted obediently after her, my feet seeming to float several inches above the floor. A tasteless floor with a mosaic scene of gladiators fighting it out with tridents, blood splashing copiously in square red tiles. Tasteless but appropriate: My mistress’s father, Quintus Pollio, was one of several organizers of the Imperial gladiatorial games.
“The blue gown, Thea. With the pearl pins at the shoulders.”
“Yes, my lady.”
Lady Lepida Pollia. I had been purchased for her several months ago when she turned fourteen: a maid of her own age to do her hair and carry her fan now that she was so nearly a woman. As a gift I didn’t rank as high as the pearl necklace and the silver bangles and the half-dozen silk gowns she’d also received from her doting father, but she certainly liked having her own personal shadow.
“Cut yourself at dinner again, Thea?” She caught sight of my bandaged wrist at once. “You really are a fumble-fingers. Just don’t drop my jewel box, or I’ll be very cross. Now, I want the gold bands in my hair, in the Greek style. I’ll be a Greek for the day . . . just like you, Thea.”
She knew I was no Greek, despite the name bestowed on me by the Athenian merchant who was my first owner. “Yes, my lady,” I murmured in my purest Greek. A frown flickered between her fine black brows. I was better educated than my mistress, and it annoyed her no end. I tried to remind her at least once a week.
“Don’t go giving yourself airs, Thea. You’re just another little Jew slave. Remember that.”
“Yes, my lady.” Meekly I coiled and pinned her curls. She was already chattering on.
“. . . Father says that Belleraphon will fight this afternoon. Really, I know he’s our best gladiator, but that flat face! He may dress like a dandy, but all the perfume in the world won’t turn him into an Apollo. Of course he is wonderfully graceful, even when he’s sticking someone right through the throat—ouch! You pricked me!”
“Sorry, my lady.”
“You certainly look green. There’s no reason to get sick over the games, you know. Gladiators and slaves and prisoners—they’d all die anyway. At least this way we get some fun out of it.”
“Maybe it’s my Jewish blood,” I suggested. “We don’t usually find death amusing.”
“Maybe that’s it.” Lepida examined her varnished nails. “At least the games are bound to be thrilling today. What with the Emperor getting sick and dying in the middle of the season, we haven’t had a good show for months.”
“Inconsiderate of him,” I agreed.