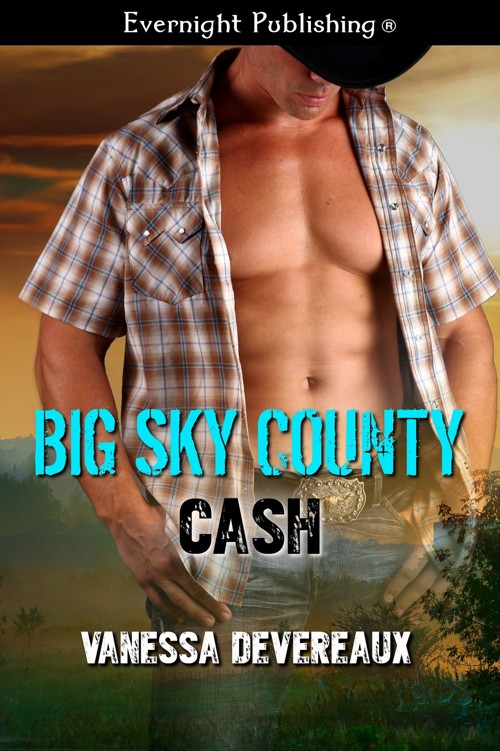 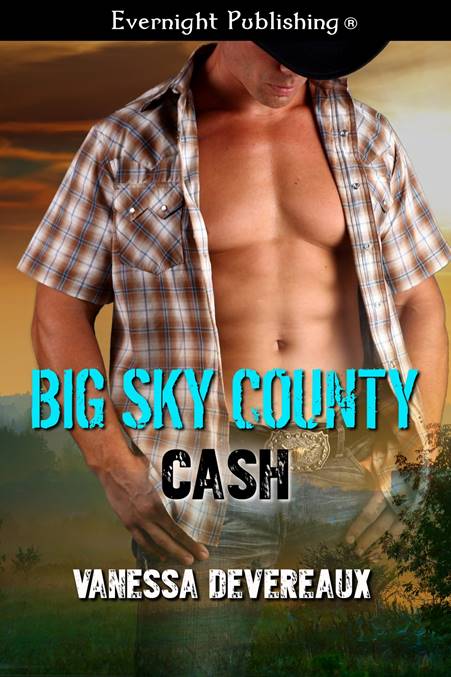 What
happens in Vegas; stays in Vegas.

Well, I hope
something does happen in Vegas.

Katy
closed her carry-on bag and glanced out of the window. Cash had just driven
into the parking spot outside her condo. She checked everything was switched
off, the electric kettle and the iron she’d used to take the wrinkles out of
her dress. Her mom had promised to stop by and feed the cat and empty his
litterbox. She took a deep breath. She didn’t usually get herself into a panic
like this when she went out of town, but this was the first time she was going
someplace with Cash. It mattered to her that everything was damn near perfect.

She
checked her appearance before opening the door.

Cash
was midway up the pathway that led to the condo. “You all set?” he asked.

Katy
was certain he was getting more attractive each time she saw him. Hopefully
this would be the weekend they’d finally go beyond just going out to dinner and
move the relationship up a notch. Even a proper kiss and not a peck on the
cheek would be nudging it in the right direction. She wasn’t going to worry and
obsess anymore about his insistence that they have separate rooms in Vegas. She’d
pondered the meaning of it enough. She’d kept herself awake at night, finely
deciding if he didn’t like her, didn’t think they should be together, then he
would have turned down the invitation to accompany her to the sex toy
convention.

Since
the first time she’d met him when he’d bid on her at the bachelorette auction,
he’d been a man of mystery. Nothing was straightforward with him but that only
added to his allure.

“I’m
packed and ready to head to the airport,” she said.

“Here
let me take that bag for you,” said Cash.

She
handed it to him and then followed behind as he made his way to the car. He
popped open the trunk, placed her bag beside his before opening the passenger
door for her. She got in and Cash slid in beside her and started the ignition.

“I
checked our flight about thirty minutes ago and it’s on time,” said Katy.

“That’s
great.
Nothing worse than being stuck at an airport for hours
on end.”

“The
weather’s supposed to be perfect in Vegas this weekend. If we have some spare
time we can sit around the pool or go swimming. It will be a long time before
we can do that again in Montana.”

“Is
your brother getting excited about Tuesday?” asked Cash. He turned onto the
main road that would take them all the way to Missoula. He’d quickly changed
the subject but Katy had grown to accept that was typical of Cash.

“I
think he’s more nervous than anything.” Katy relaxed back in the seat. Her
brother had worked long and hard on his campaign to become the next sheriff of
Big Sky County. He definitely deserved to win.

“I said I’d drive some folks to the polling stations,” said Katy.

“I
can do the same if you need more helpers.”

As
well as being a tad mysterious, he was also sweet too.

“I
think he’s going to win no doubt about it, but the more people we get to the
polling stations the better,” said Cash.

None
of the family had anticipated that Connor would end the race as a married man.
That had come as a total surprise, and so had his impending fatherhood.

“Did
I tell you that Jennifer and Connor went for her first ultrasound yesterday?”
asked Katy.

“Oh
yeah, baby’s perfect. They said they weren’t going to find out what sex it was
but they caved in and asked.”

“Are
you going to have a niece or a nephew?” asked Cash.

“Much
to my father’s delight it’s a boy. The Nolan-Delaney name will continue and
he’ll have someone to take over the ranch after Connor’s gone.”

Katy
had honestly thought she’d be the first one to get married because Connor had
dragged his feet for so long. She thought she’d have the honor of presenting
her parents with their first grandchild but Connor had beaten her to that
privilege as well.

In
all honesty she too had been dragging her feet somewhat. Always being
independent,
and just plain picky about the type of guy she
went out with.
Almost giving up on the whole notion of love
and marriage.
Instead deciding to open Grantsville’s first, and probably
only ever, sex shop.

She
glanced at Cash. He must have sensed that she was looking at him because he
turned her way. He smiled; she smiled too. Maybe
Connor’s
getting
married had some effect on her but Katy sensed that she too was
ready to finally settle down.

Now
all she had to do was get Cash into her bed and kick the relationship into high
gear.

Cash
had almost backed out of going along on this trip with Katy.
Almost.
Not that he wanted to
turn her down.
Quite the opposite in fact.
He loved
being with her. Looked forward to each time they got together. But it was going
to test things for him.
For her.
For
them.
He knew she was puzzled as to why they’d gone out on six dinner
dates, two movie dates, and not once had he tried to get into her panties.

He found her to be drop dead gorgeous. He’d
felt his heart go boom-boom the first time he’d set eyes on her at the auction.
It was the reason he’d bid on her. His mind and body had drawn him to her. It
was as if he knew this would be the woman who would mend him. And he needed
lots of fixing. If he was to describe himself in one word,
broken
would be it.

Katy
always seemed kind and patient but Cash knew even the most tolerant of females
wouldn’t wait forever for a guy to make a move. He glanced at her as she sat
next to him in the taxi that was taking them to their hotel.

She hadn’t even questioned him as to why he’d
insisted on separate rooms. He thought she might and he was ready with an
answer.
A lie
.
However, she’d just accepted that’s the way he wanted it. Cash glanced out of
the window. This was the first time he’d been to Vegas. The whole place was
bustling. He looked at the casinos and fountains. So this was what Sin City had
to offer.

He
rested his head back, hoping that the weekend wouldn’t end with Katy deciding
he wasn’t worth wasting her time on. Then she’d move on to a guy that wasn’t so
fractured and beaten by life. Cash would be heartbroken if that was the case.

The
taxi turned the corner causing Katy’s body to slide onto his. Whenever they’d
been out on a date he’d made sure she sat on the right side of him but he’d
somehow forgotten all about that when they’d gotten into the taxi. He hoped
she’d been too busy looking outside at the scenery to feel anything strange
pressing against her leg.

The one that still rested against his
and gave him that warm fuzzy feeling.
He looked at her thighs in the tight
jeans she’d chosen to travel in. Today as always when they were together he
imagined her legs bare.
Him pushing them apart and diving
into her pussy.
He glanced down at his crotch. He was hard. Hardest he’d
been in a long time. He’d had long bouts of impotence since the accident. The
therapist had told him it was psychological and to be expected.

Getting aroused and its physical
manifestations would slowly come back when the time was right. It had been
right when he’d gone out with Katy for the third time. He’d so wanted to fuck
her but he was scared.
Scared of being with a woman for the
first time since his old life had ended.

“Let’s
take in one of the shows while we’re here,” said Katy.

“I
think that’s a great idea. How about the Cirque du Soleil? I’ve always wanted
to see one of their performances.”

“That’s
the perfect choice. My parents have one of the DVDs” said Katy, getting out her
Smartphone. “We’re in luck because they have tickets available for some
of

tonight’s
shows.
You want to go to an early one and then we can find someplace to eat?”

“Sounds good to me.”

“Okay,
let me just order our tickets and we’re all set.”

Katy’s
fingers slid across the screen. He imagined them grazing his chest, belly and
cock. He was hard again.

“All done.
This is going
to be such a fun night.”

And after we’ve
been to the show I’ll pick you up in my arms, throw you roughly down on the bed
and fuck you all night.

Yeah, Cash Doyle,
only in your dreams.

A Spanking in Time (Bexhill School) by Simple, Tom
Leaving Carolina by Tamara Leigh
How To Tail a Cat by Rebecca M. Hale
Swell by Davies, Lauren
Behind Her Smile by Rosemary Hines
Sonora by Pastor, Juan
Holiday Grind by Cleo Coyle
The Goldfinch by Donna Tartt
La reina suprema by Marion Zimmer Bradley
Telling Tales by Charlotte Stein