Cato 03 - When the Eagle Hunts 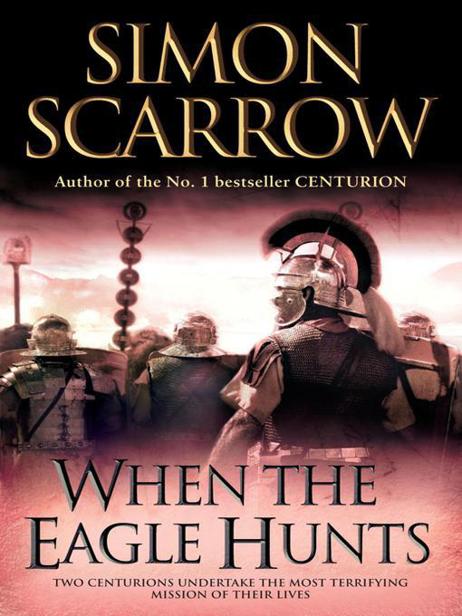 WHEN THE EAGLE HUNTS 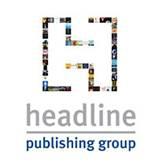 The Organisation of a Roman Legion

The Wellington and Napoleon Quartet

Young Bloods, The Generals, Fire and Sword, The Fields of Death

the Work has been asserted by him in accordance with

the Copyright, Designs and Patents Act 1988.

First published in paperback in 2003

stored in a retrieval system, or transmitted in any form or by any

to real persons, living or dead, is purely coincidental.

Printed and bound in. Great Britain by

A division of Hodder Headline

Simon Scarrow lives in Norfolk. In the past he has run a Roman History programme taking parties of students to a number of ruins and museums across Britain. Having enjoyed the novels of Forester, Cornwell and O'Brian, and fired by the knowledge gleaned from exploration of Roman sites, he decided to write what he wanted to read — military page-turners set during the Roman invasion of Britain from AD43 onwards. His five other action-packed novels featuring Macro and Cato, Under the Eagle, The Eagle's Conquest, The Eagle and the Wolves, The Eagle's Prey and The Eagle's Prophecy, are also available from Headline. For more information on Simon Scarrow and his novels, visit www.scarrow.fsnet.co.uk

For Joseph and Nicholas — thanks for the inspiring swordplay

The Organisation of a Roman Legion

The Second Legion, like all legions, comprised some five and a half thousand men. The basic unit was the century of eighty men commanded by a centurion with an optio acting as second in command. The century was divided into eight-man sections which shared a room together in barracks and a tent when on campaign. Six centuries made up a cohort, and ten cohorts made up a legion, with the first cohort being double-size. Each legion was accompanied by a cavalry unit of one hundred and twenty men, divided into four squadrons, who served as scouts and messengers. In descending order the main ranks were:

The legate was a man from an aristocratic background. Typically in his mid-thirties, the legate would command the legion for up to five years and hope to make something of a name for himself in order to enhance his subsequent political career.

The camp prefect would be a grizzled veteran who would previously have been the chief centurion of the legion and was at the summit of a professional soldier's career. He was armed with vast experience and integrity, and to him would fall the command of the legion should the legate be absent or hors de combat.

Six tribunes served as staff officers. These would be men in their early twenties serving in the army for the first time to gain administrative experience before taking up junior posts in civil administration. The senior tribune was different. He was destined for high political office and eventual command of a legion.

Sixty centurions provided the disciplinary and training backbone of the legion. They were hand-picked for their command qualities and a willingness to fight to the death. Accordingly their casualty rate far exceeded other ranks. The most senior centurion commanded the First Century of the First Cohort and was a highly decorated and respected individual.

The four decurions of the legion commanded the cavalry squadrons and hoped for promotion to the command of auxiliary cavalry units.

Each centurion was assisted by an optio who would act as an orderly, with minor command duties. Optios would be waiting for a vacancy in the centurionate.

Below the optios were the legionaries, men who had signed on for twenty-five years. In theory, a man had to be a Roman citizen to qualify for enlistment, but recruits were increasingly drawn from local populations and given Roman citizenship on joining the legions.

Lower in status than the legionaries were the men of the auxiliary cohorts. They were recruited from the provinces and provided the Roman Empire with its cavalry, light infantry and other specialist skills. Roman citizenship was awarded on completion of twenty-five years of service.

The heaving tumult around the ship was frozen for an instant by sheet lightning. All around, the foaming sweep of the sea stilled as the stark shadows of the sailors and the rigging scored the brilliantly lit deck of the trireme. Then the light was ripped away and darkness gripped the vessel once more. Black clouds hung low in the sky and billowed across the grey waves rolling down from the north. Nightfall was not yet upon them, yet it seemed to the terrified crew and passengers that the sun must have long since quit the world. Only the faintest smudge of lighter grey away to the west indicated its passage. The convoy was hopelessly scattered, and the prefect commanding the newly commissioned squadron of triremes swore angrily. With one hand firmly gripping a stay, the prefect used his spare hand to shield his eyes from the icy spray as he scanned the foaming wave tops around them.

Only two ships of his squadron remained in sight, dark silhouettes heaving into view as his flagship was raised on the crest of a great wave. The two ships were far off to the east, and beyond them would be the rest of the convoy, spread across the wild sea. They might still make the entrance of the channel that led inland to Rutupiae. But for the flagship there was no hope of reaching the great supply base that equipped and fed the Roman army. Further inland the legions were safely nestled in their winter quarters at Camulodunum, in readiness for the renewal of the campaign to conquer Britain. Despite the best efforts of the men at the oars, the vessel was being swept away from Rutupiae.

Looking across the waves to the dark line of the British coast, the prefect bitterly acknowledged that the storm had bested him, and passed the order for oars to be shipped. As he considered his options, the crew hurriedly raised a small triangular sail from the bows to help steady the vessel. Since the invasion had been launched the previous summer, the prefect had crossed this stretch of sea scores of times, but not in such dreadful conditions. Indeed, he had never before seen the weather turn so rapidly. That morning, which seemed so very long ago now, the sky had been clear and a brisk southerly promised a quick crossing from Gesoriacum. Normally no ships would put to sea in winter, but the army of General Plautius was short of supplies. The scorched-earth tactics of the British commander, Caratacus, meant that the legions depended on a steady supply of grain from the continent to get them through the winter without depleting the stockpiles necessary for continuing the campaign in the spring. So the convoys had continued to cross the channel whenever the weather permitted. This morning the prefect had been fooled by perfidious nature into ordering his laden vessels to set out for Rutupiae, never dreaming that they would be caught in this tempest.

Just as the coastline of Britain had come into view above the choppy surface, a dark band of cloud had thickened along the northern horizon. The breeze quickly strengthened, and abruptly veered round, and the men of the squadron watched with growing dread as the dark clouds bounded down on them like foaming ravenous beasts. The squall had struck the prefect's trireme at the head of the convoy with appalling suddenness. The shrieking wind snatched the vessel by the beam and tilted it over so far that the crew had been forced to abandon their duties and grab the nearest handhold to save themselves from being thrown over the side. As the trireme ponderously righted itself, the prefect cast an eye around the rest of the convoy. Some of the flat-bottomed transports had been rolled over completely and close by the dark humps of their hulls tiny figures bobbed in the foaming sea. Some waved pathetically, as if they truly believed that the other vessels might yet be able to rescue them. Already the convoy's formation had been blown to pieces and each ship struggled for survival, heedless of the plight of all others.

Eight Minutes by Reisenbichler, Lori
No Land's Man by Aasif Mandvi
The Lost Code by Kevin Emerson
The Book of Love by Kathleen McGowan
Sometimes I Feel Like a Nut by Jill Kargman
Ultimate Explanations of the Universe by Michael Heller
Mama Black Widow by Iceberg Slim
Kings Pinnacle by Robert Gourley
Girls Under Pressure by Jacqueline Wilson
Binding Fire: Paranormal Romance (Bad Boys of the Underworld Book 3) by Crowe, Mallory