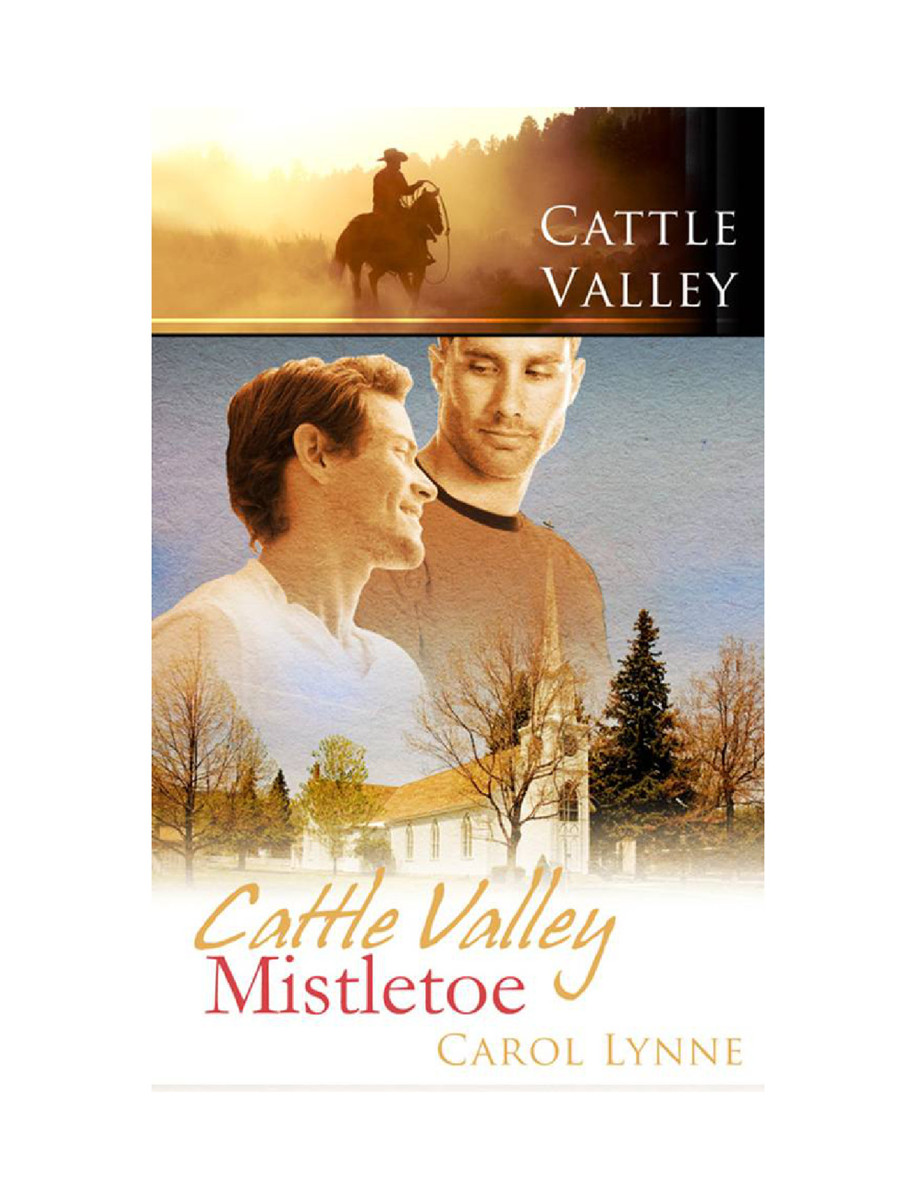 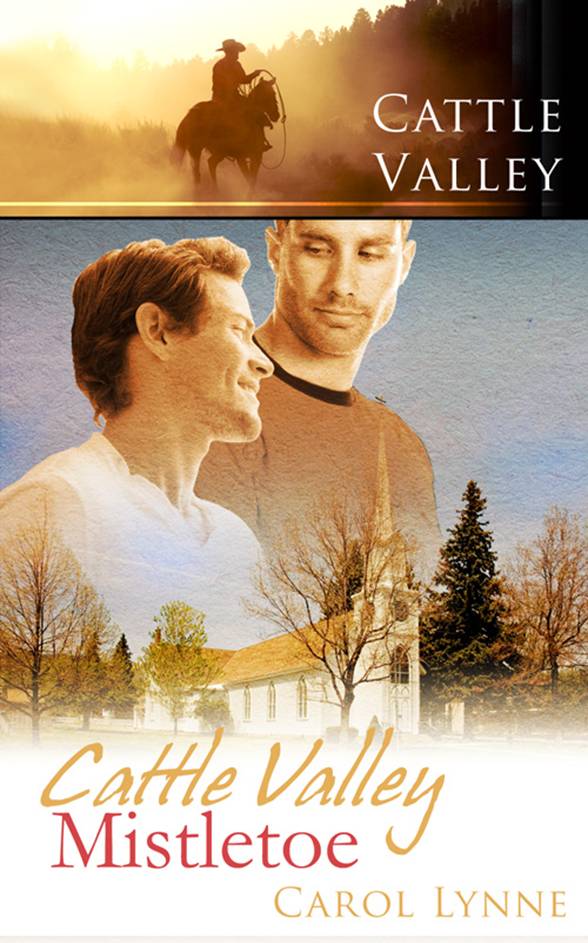 This book contains sexually explicit content which is only suitable for mature readers.

This story has been rated
Total-e-burning

“Um, yes, hi, I’d like to speak with Halden Kuckleman.”

“Hi, Mr. Kuckleman, this is Reverend Casey Sharp from the Cattle Valley Community Church. I was wondering if you would be willing to come out and give me a bid on completing the church expansion.” Casey adjusted his reading glasses, a nervous habit of his from grade school. He was starting to worry he’d never find anyone to finish the reception hall and at this late date, he was desperate enough to call on Halden Kuckleman.

“Yes, well, I heard that, but I’m kinda desperate. The contractor we hired to do the work, quit in the middle of the project, and we’ve promised to have the building ready for the annual Christmas Eve party. I know you’re not a religious man, Mr. Kuckleman, and if you’d be willing to come take a look at the building, I promise not to try and save you.” Casey bit his lip. Shoot, maybe he shouldn’t have said that. Even though it was common knowledge around town that Halden was a tried and true atheist, maybe Casey should have just kept his mouth shut. He was the new guy in town, and making enemies wasn’t his idea of fitting in.

There was a loud sigh on the other end of the phone. “How much still needs doing?”

“Well, the basic shell is there, but nothing has been done on the inside. I’m sorry to say, there isn’t any heat yet, but at least you’ll be out of the snow and wind.” Casey looked out his office window at the snow on the ground. It was only mid-November and already, the city had been blanketed with almost two feet of snow. He sure as heck wouldn’t want to work in an unheated building, but then, if a person was used to working outside in weather like this…

“The heating issue won’t bother me, just the location.” Casey didn’t say a word. Halden seemed to be considering it, and at least he hadn’t hung up on him.

After a few seconds, Halden continued. “Will you be around this afternoon?” 4

Casey pumped his arm in the air in triumph. “Yes, I’ll be here all day.”

“I could probably swing by after lunch and take a look, no promises, though.”

“Yes, of course. My house is next door, which is probably where I’ll be. If you could just honk when you pull into the parking lot, I’ll be right out.” Casey closed the phonebook, and put it back on the shelf.

“See ya then,” Halden said and hung up.

Casey put the phone back into its cradle and looked around his office. He still had boxes to sort through, and a sermon to practice for Sunday. Scratching his head, he got up and wandered into the kitchen. Maybe a cup of strong coffee would get him going.

The house still didn’t quite feel like home, but what did he expect? He’d only been in Cattle Valley for two weeks, two very lonely weeks. Despite his chosen vocation, Casey was a man who enjoyed sex, lots of sex. It was the only reason he’d chosen to go to college to get his Master’s degree in religious studies instead of entering a seminary.

Now with his dream job finally in place, his social life seemed to be paying the price. It wasn’t that folks in town weren’t friendly. They just tended to keep Casey at arms length.

He knew it was further fall-out from his predecessor, Reverend Brian Doles, but Casey needed them to understand he wasn’t like that man. He’d never even considered beating up lover. Maybe the town just needed a chance to heal.

Pouring a cup of java, Casey idly walked through the living room to his bedroom.

Although the front room and kitchen had been unpacked, most of his personal belongings still lined the walls in boxes. Casey just didn’t have the heart to dig through memories yet. Leaving his family and moving to Wyoming had been a big step for him. His mom still didn’t understand why he’d needed to go.

Maybe he’d get back to Kansas City after Easter for a short visit. He already missed his nieces and nephews and he’d just gotten here. Pictures of his close-knit family should have comforted him, but Casey knew they’d only make him more homesick.

Setting his cup on the sink, Casey undressed and looked at himself in the mirror. He knew he was a good-looking man. The line of men vying for his attention back home testified to that, but how did the people of Cattle Valley see him? Yeah, he wore small wire-framed glasses most of the time, but he didn’t think they made him look dorky.

Maybe the haircut his mother had insisted on was too short. Casey ran his hand over his 5

blond head. He guessed it wasn’t too short, just right actually, given his new vocation.

There had to be something about him that didn’t attract men in this town.

The ringing phone brought his gaze away from the mirror. Looking down, he debated whether or not to answer it. He was as naked as the day he was born, and the house tended to be a bit drafty. Suddenly worrying it might be Halden calling to cancel, Casey sprinted toward the phone, bare cock swinging.

“Hi, Nate,” Casey smiled. Nate Gils and his partners were his only real friends so far.

“Did I catch you at a bad time?” Nate asked.

“No, I was just getting ready to hop into the shower. I managed to convince Halden Kuckleman to take a look at the building.” Casey sat on the couch, aware passing motorists might be able to see in the window. He knew it wouldn’t look good if they spotted their new reverend walking around in the nude.

“Well, congratulations,” Nate chuckled. “On getting Hal over, not being naked. I’m sure you’ve been doing that for awhile.”

“Yeah, I’m a pro at getting naked, though not recently,” Casey laughed. The nicest thing about Nate was he didn’t have to put on airs about who he really was.

“You’ll be snapped up before you know it. Listen, I was wondering if you’d like to grab some lunch later.”

Casey brushed his hand over his exposed cock, poor neglected thing. “It would have to be an early lunch. I’m not sure what time Halden is coming other than he said sometime after lunch.”

“Sounds good. I’ll meet you there.” Casey hung up and walked back to the bathroom.

Just then he had a date with hot water, and his hand.

Spotting Nate, Casey wove his way through the crowded diner. “Hey,” he said, sliding into the booth across from his friend.

Nate shrugged and set down his menu, “Fine, slow. We finally got the lease signed. Rio’s in Houston talking to some guy he knows about buying some equipment.”

“Oh, so that’s why you asked me to lunch,” Casey teased.

“I hate it. Every second he’s gone is torture for me.” Nate ran his hands through his hair and looked out the window. “I’ve been here supervising the remodelling and he’s traipsing all over Texas with some friend of his.”

Casey laughed and shook his head. “From listening to you talk, I would’ve guessed he’d been gone a week.”

Stella came over to take their order before they could continue. “I’ll take the chilli and a cinnamon roll.” Casey put his menu back in the little stand and waited for Nate to order.

“Why do you always get that weird combination?” Nate asked.

“What, chilli and cinnamon roll? It’s what I grew up on.” Casey shrugged. “It was always my favourite lunch at school. I guess I never really thought about it being strange.”

“You Kansans are a little freaky with your food. Like you ordering a Coke when what you really mean is a Dr. Pepper, that’s weird, man.” Casey scratched his jaw. “That’s what most people say back home instead of pop or soda.

Someone asks if you want a Coke and you say yeah, bring me a Dr. Pepper.” Casey thought about it and shook his head. “You’re right. We are a bunch of freaks.” They talked about the gym until their food came and they dug in. After a while Casey couldn’t stomach anymore and pushed his plate away. “I swear this is the last time I’m going anywhere in public with you,” Casey said, looking at Nate.

Nate picked up his napkin and started wiping his mouth. “Why, have I got food all over my face?”

“No, it’s because darn near every eligible man that’s come in here has tried to make eye contact with you, and they’re completely ignoring me.” Casey took off his glasses and rubbed his eyes. He was just so frustrated.

“Hey, don’t sell yourself short, you’re a terrific looking man,” Nate said as he checked out the diner.

“Okay, if I’m so terrific looking how come they’re all staring at you?” Nate shrugged and held up his hands. “I said you were terrific looking, but this,” Nate gestured to himself, “is the total package and then some. Besides, it helps when they know I’m not available. Kinda like forbidden fruit.” Nate couldn’t hold his serious expression any longer and burst out laughing. “I’m just kidding. Give people time, they’ll come around.”

Sweetwater Creek by Anne Rivers Siddons
A Bad Day for Sorry: A Crime Novel by Sophie Littlefield
The Long Ride by James McKimmey
Steel and Lace (Lace Series) by Leigh, Adriane
Pet Peeve by Anthony, Piers
The Engagement by Hooper, Chloe
Frisk Me by Lauren Layne
The Viscount's Vendetta (Siren Publishing Everlasting Classic) by Paige Cameron
Entangled (Free Indeed Book 1) by Jenesse Bates
Diamonds in the Mud and Other Stories by Joy Dettman