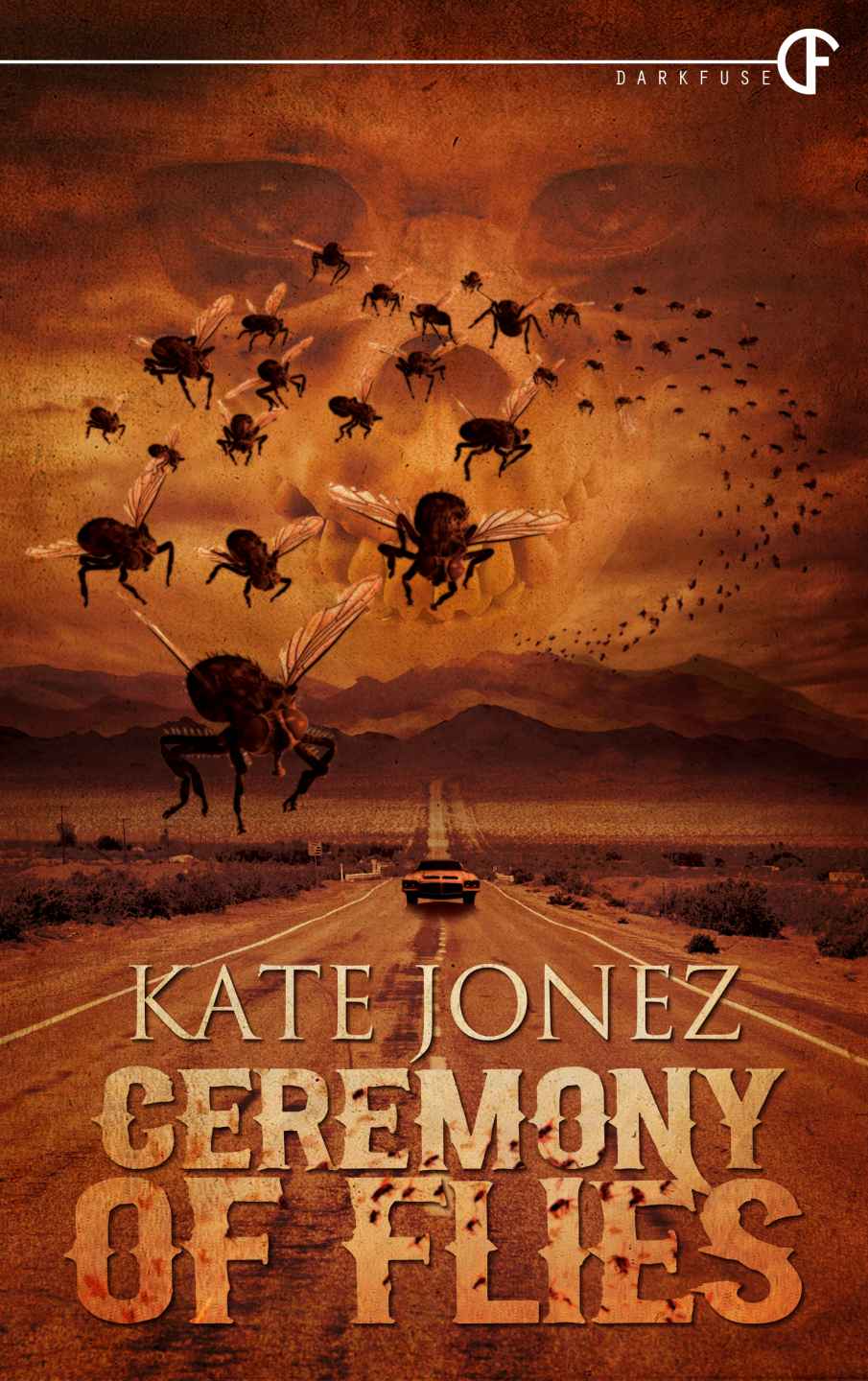 Get a FREE subscription to DarkFuse Magazine:

Thank you to Matthew for his help and patience. And to Keri Kelley and Johnny Worthen for their help on early drafts.

“Seems to me like maybe you ain’t happy inside. Maybe you liked it better working the door.” Mort shoves his glasses up the bridge of his nose with his thumb.

Mort is a big man who’d heard too many stories about the good old days of Vegas. He’s like a walking, talking, black-and-white gangster movie, but for real.

Not really for real, but
he
thinks he’s for real. His twenty-dollar-a-bottle cologne stinks like he’s real.

I’m not happy inside.

I almost laugh out loud. Mighty insightful there, Mort. No scholar ever said truer words.

I do not fucking care if I stand outside or not. It’s humiliating, sure, smiling and waving and posing for pictures with the tourist losers. Working inside is no picnic either. What the fuck does it matter what piece-of-shit job I do to amass the few lousy dollars I need to keep the pay-by-the-week roof over my head.

Does not matter to me.

A fly buzzes past my ear and lands somewhere in the hairspray and carbon-based tangle known as my hair. I hear its hum like background music.

“No, I like working inside,” I say, because that’s what he expects me to say. It’s the meta-dialogue. I know my part in this twenty-first-century pseudo–passion play. I pull my lips into a sexy little pucker that feels as stupid as it probably looks to prove to Mort that I mean what I’m saying. Or at least if the lie shows on my face, maybe he won’t notice.

Sid’s dulcet vocal stylings blast from the speakers. I can’t see him, but there’s no mistaking it’s him. He’s doing a number on Bon Jovi or Journey. It’s hard to keep it straight.

Some people have no shame.

In spite of the chill wind of the air conditioning, the cheap gold-colored rayon dress with the excessive purple ruffles clings to my skin. Clings where it shouldn’t, that is, and itches everywhere else. The metal pins that hold my feathered and bejeweled headdress in place gnaw at my scalp. They’re supposed to poke into my bouffant and stay put. That’s what my co-workers say, anyway. But no matter how much I tease that damned wig and spray it and tease it some more, the spikes always try their best to weasel their way into my brain. All I need is a bit in my mouth and I’ll be all set for shock therapy. A zap might be just what I need, come to think of it. Supposed to get rid of all the short-term memories. I’ve got some images in my head I could live without. Although, I suspect there is no way to get the worst of the worst stuff out. If I couldn’t drink it away, and I damn sure gave drinking my best shot, there’s probably no way some little surge of electricity would do the trick. Looks like I’m stuck remembering all the fucked-up shit in my life. Every little detail.

One of the slot machines sputters, coughs, and shudders like it’s having a seizure. It vomits its guts out as sirens wail, horns blow and lights flash. People shriek like it’s the end of the world.

Midwesterners in shiny new khaki shorts and plaid shirts bought just for their Vegas vacations crowd around the machine to see who’s been bitten by the luck bug.

Some poor old cow in a motorized cart, who by the looks of her hasn’t leaned so low in several years, is struggling to get all her quarters into her bucket. The bland-looking folks crowding around her look like the kind of people who would help her if she asked. But she doesn’t.

Forty-seven dollars and fifty cents, the sign on the slot machine flashes. Seems like a lot of fuss for that kind of money. Guess it’ll buy a lot of cat food, though. Maybe a nice new pair of stretch pants.

When I was a kid, a woman used to ride one of those motorized carts up and down our street on garbage day. She’d poke at the garbage and sometimes even turn over a can or two. I forget what the kids called her, but I’m sure it wasn’t flattering.

Every time she’d see me she’d shake her fist and yell about how things were bad because the Americans owed my people, the Chinese, so much money. She’d call me a communist too.

Whatever, bitch. Pay your bills.

In retrospect, I can see this behavior was dementia related. When I was a kid, though, I hated her so much. I wanted to grab a stick or a baseball bat and bash in her face. I actually used to daydream about it. I guess even as a kid I was rotten, but who the hell was she to call me Chinese in front of everyone? She made the kids on the street look at me like I was weird. She made them notice I was different. I hated her so much. I really wanted to kill her so bad. I was glad when she died and nobody found her for two weeks.

The people clutch their coin cups and wander back to their favorite machines. Wheel of Fortune, The Price is Right, Family Feud. Seems like they could save the plane fare and just stay the fuck home and watch TV.

“And your ashtrays haven’t been shined.”

Oh right, Mort’s giving me a talking to. I hope I didn’t miss anything important. My ashtrays do indeed lack shine. I nod that I understand.

Yellow, purple, and green lights flash and chase each other down the length of the bar. Those are the theme colors here at the casino. Beads and feathers and outlandish masks adorn every surface like the place is a worn-down dancer trying to cover her wrinkles with an extra layer of makeup. The whole place is done up like Mardi Gras and maybe that’s a good choice. Feels like Lent is just around the corner most days.

Mort hitches his belt up over the lower-most bulge of his belly.

Aren’t you natty, big boy? I hear front-butts are going to be all the rage this fall.

Mort scrubs at the cheap ashtray with the rag he has perpetually draped over his shoulder. He holds it up for me to see as if he were showing me a bug trapped in amber.

I narrow my eyes, which I try never to do because even though I look like I’m Chinese, I’m not. And squinting just reminds people to ask me stupid shit like if I’m good at math or can say something in Chinese or if my pussy slants the other way.

I grew up in upstate New York with parents the color of paste in the most homogenized of white neighborhoods imaginable. So, I listen to hip-hop, eat bagels, drink coffee from South America and can’t find the Middle East on a map, just like you, round-eye.

The purple ruffles adorning my cleavage catch a hefty gust from the air conditioner and expose my boobs for a second. They’re covered only by see-through netting.

A red-faced Midwestern turd in a blue polo shirt his wife obviously bought for him twists his head and gawks.

Keep your eyes in your head, asshole. What’s your problem? Never seen humiliation before?

Some other guy is propped up on a stool at the bar riding it like it’s a mechanical bull about to take off. He’s wearing a T-shirt with cigarettes rolled up in the sleeve as if he’s Nicholas Cage playing Elvis or something. He grins when the red-faced guy’s wife smacks his stupid fat head. The guy at the bar looks taut, like he works out. Not too bad at all. He salutes at me like he knows who I am.

I’m pretty sure he doesn’t.

He winks and smiles a lopsided smile that’s nice enough. Something is weird about his nose, it’s crooked like it’s been broken, but it doesn’t ruin his face. In fact it makes it more interesting, masculine.

When Joey’s nose got broken, it never healed right. I swear I channeled the ghosts of the blows that smashed his face when I looked at him. I could feel little shadows of the pain every time. His face was always so delicate and fragile. It was a shame his nose got broken.

“What do you think he wants?” I smile at Mort, disgusting as he is, and make my extra-sexy face just for good measure.

Mort scowls, which changes his face very little. His mom should have told him it would stay that way. “You’re going back on the door, missy, if you don’t straighten up and fly right.”

I snatch up my tray and somehow I don’t spill the highball glass stuffed with dollar bills and assorted change. What I really want to do is smash it over Mort’s head.

“You treat the customers right and they’ll do the same.” Mort clamps his fat cigar between the yellow pegs of his teeth and points the V of his fingers to his eyes. “I’m watching you.”

I fight to keep my eyes from rolling as I totter across the threadbare Harlequin-patterned carpet. I hate these stupid fucking shoes. I go up to the guy at the bar.

He smells like a guy ought to smell. Like smoke with a sharp splash of liquor and something earthy and dirty like motor oil. Up close I can tell he’d been in his share of fights. The last one probably hadn’t been too long ago from the look of the purple smear across his sharp jaw. A shiny keloid ridge adorned with rows of ancient stitching follows the line of his eyebrow.

Fighting is completely awesome. Every single bit of everything is focused, sharp and truly alive. Nothing else comes close. Singing maybe. Sex, when it’s good.

“You ever tried the deep-fried Twinkies?” His voice is gravelly from too much smoking. He sounds much older than he looks. Pretty sexy.

I balance my tray on my hip. “Is that what you want?” I listen to the buzz of a fly somewhere deep in the labyrinth of the hair and feathers piled on my head. I wonder if something died in there.