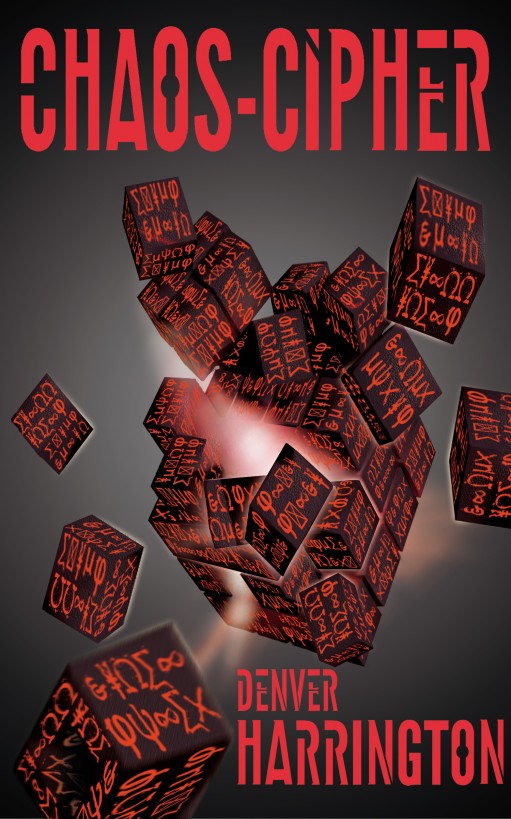 All rights reserved. No part of this
book may be reproduced in any form by any electronic or mechanical
means including photocopying, recording, or information storage and
retrieval without permission in writing from the author.

Give feedback on the book
at:

Printed in the
U.S.A

Thank you to
my good friend James, whose interest in science fiction has had a
great influence on me and contributed to this story and its
characters. A warm thank you for the encouragement and support of
my friends and family, this book is dedicated to them, and
especially to Sysh, whose love and patience apparently knows no
limits.

Rising from
her chrysalis

R
ynal planted a seed not long after
his daughter was born. He pushed the dull kernel into the ground
down on the exo-planet Amora and cupped the earth around it,
blessing its wellbeing with a hopeful prayer. He savoured the
moment, a symbolism of new life, then wondered how big the tree
would grow to be by the time his daughter was his age. Providing
the terraforming stations remain operative over the next century,
that tree should be as big as the redwood pines he’d heard of in
the Amazon wastelands on Earth. Nature knows how to plan for the
future; of that he was sure. Intrinsically the process of life
seeds and slumbers and dies and springs, each new life blooming
from the remains of the last, offered over into continuity. But the
Earthers do not dream. They do not plan. They do not care. Earthers
call themselves Titans of the Atominii world - such doleful
ignorance brings out a great disdain within his otherwise acutely
scientific mind that Rynal disappointingly found himself more often
than not trying to temper, since wasting his cognitive capacity to
dwell on Earthers unless necessary was far too burdensome. But
recently, the subject was becoming more and more difficult to avoid
since there were rumours of ships coming in and out of this system,
mysterious starnavis docking at the Kyklos station. His
home.

He stood from
the ground and turned slowly as if to absorb the panorama of the
humid world before him. Amora was a place of calcareous skies, vast
dark oceans and rocky terrain webbed only by the scarce vines of
fungi. His breath fogged in the breathing mask. Nitrogen and
methane were rich in the atmosphere, but there wasn’t yet much
oxygen here, and what atmosphere there was itched at Rynal’s ears.
Holding his gaze skyward he heard the soft footsteps of old Osmond
tread closer and stop.

‘
Not much
longer now, Osmond,’ Rynal said without turning. His voice caught
in the cusp of his mask, slightly muffled and transmitting into
Osmond’s earpiece. ‘One day in our life time, all this will be
habitable at last.’

‘
I have a
message from Malla,’ Osmond digressed, arms held behind his hips.
Rynal turned to see his trusty uncle. Like most Olympians he was
tall, wiry and mutated by the cruel genomes of their Earther past,
the genetic human, a proud society’s answer to a rapidly changing
environment. Osmond’s fangs flashed as he spoke from behind his
mask, his lower incisors notably larger than his higher, pushing
his lip up into an intimidating and misleading scowl. Without a
doubt he looked unapproachable, but Osmond was a warm and loyal
soul.

‘
The Kyklos
order has granted her permission to come and visit you. She’s
arriving here on
The
Cereno
,’ he divulged. ‘Your daughter I
believe is with her too. As is your brother, Raven.’

Rynal tired
of watching the black oceans crash and spray and turned his
attention to the distant atmospheric processing plant, a huge
cross-frame pollution station, pumping gasses, heating up the cold
and stark world with variously measured pollutants.

‘
Family
reunion,’ Rynal smiled genially, his fangs jutting just below the
lips, radiant green eyes like emerald jewels shifted with joy at
the thought of seeing them again. Rynal had a queue of hair upon
his head that hung in a long black tail to his hip, shaven at the
sides. Upon his forehead he had antennae almost eight inches from
his skull protruding like fish-bones, a mutation that merged
technology and biology. His antennae felt the subtle vibrations of
everything, allowing him to tap into frequencies locked out to most
sentient beings. Transqualian abilities like his were rare, but not
unique among some transhuman cultures. Working on the Amorian
atmospheric processor gave his transqualian reach a long hiatus,
there was little to tap into here, no radio signals, no neurophase
frequencies, only the light of the Suntau which he could sometimes
hear with a little practice. The work itself, however, had given
him little repose and other than to witness his daughter’s birth he
had rarely ventured back to the Kyklos station. It was his ambition
to make a world better than the Atominii, better than the Earthers,
to imagine a place of quality, to inspire those who do not dream.
Such a place demanded strong order, regulation, and a tightly
nipped utopia. It must be perfect - to lead by example.

Rynal had
within his fist the soil scooped from the ground. He opened his
palm and let the grains slip into the wind. Finer granules still
caught around the material of his suit’s sleeve, and he watched the
rest race away. He wanted to be kind to this world. He wanted it
better than their last, a chance to be better with each other than
they had been to one another on the Kyklos station. Although, that
had been fairly well, each had still found reason to accuse or
scrutinise the other for some unfounded reason. He wanted none of
that here, though Malla would tell him often, conflict is the
nature of things, an evolutionary state. Life was already well on
the way to finding ground, they were merely speeding up the process
from millennia to mere decades, via chemical and biological
conditioning. There was no more room to dream where it could be
done for you, that’s what Rynal had learned of the Earther Atominii
cities. They say dreams are made real in the digital realm of the
quasilands where Earthers plug in and lose themselves to
unthinkable pleasures and pains. It would be different this time,
he thought. Here, things would be right. Leadership was necessary
throughout the deep space journey, throughout the dangerous voyage,
but on Amora, all would be equal. We would all find
place.

A fiery
overcast of light shone as
The
Cereno
passed overhead, roaring engines
tearing through the valley. Rynal and Osmond watched the ship
adjust for descent.
The Cereno
was a bulky starnavis, with a rounded
turtle-shell hull and a tail fin spiked with communication arrays
and solar panels. The four sturdy roll thrusters at the front and
rear extended out wide and aimed their lilac flames earth wise,
torching the rock into billows of dust. Gently the huge carrier
touched down.

‘
Osmond,’
Rynal said, making pace toward
The
Cereno
with his long coat flagging in the
forged zephyrs of the carrier’s engines. ‘Send our other starnavis
back home and come with me. We’ll take
The
Cereno
.’

Once the
loading bay platform was sealed Rynal let his mask hang at his belt
as he and Osmond made their way through the main ramp and storage
deck. He was about to reach for the cargo hold door to by-pass his
way to the bridge when Osmond grabbed his wrist.

Rynal took a
moment to stare at the quarantined door and asked ‘Why?’

‘
It’s safe,’
old Osmond assured, ‘there’s no power source for it. Just an input,
nothing wired.’

‘
Still, think
you should be bringing black alloy down here on a
planet?’

‘
Nobody knows
we have it.’

‘
How much?’
he asked, still puzzled and beginning his assumptions, ‘enough to
cause a radiation hazard in the cargo hold, right? What’s that,
half a ton?’

Osmond shook
his head and told him it was closer to two.

‘
Osmond,
where did it come from?’

‘
The Sacred
Star Acolytes,’ Osmond explained. ‘Our Naval forces division picked
it up from an asteroid system. We believe it was stolen but never
recovered. Somebody tried to hide it in the asteroid
field.’

‘
I didn’t,’
Osmond insisted. ‘It was retrieved by a scout team. We kept it
aboard
The Cereno
because of the engines. She’s a big starnavis, but she can
make a fast run.’

‘
How did the
scout team find that stuff? We’re nowhere near the asteroid
fields.’

Osmond didn’t
want to insinuate anything. Ever since Rynal’s daughter had been
born people were experiencing strong senses of what was loosely
referred to as Déjà Vu or visions. Some were sensing things that
had not yet happened before they eventually did. Others were
hearing voices. For the Sacred Star Acolytes it had been the hidden
catalyst, haunting them, its very position as clear as crystal on
the start charts in their dreams.

‘
It could be
the Elixir,’ old Osmond shrugged unconvincingly. ‘Perhaps it’s
finally talking to us…’

‘
Who else
knows about this?’

And Rynal
suddenly became aware of a new presence in the ship’s hallway as
Malla slowly walked down one of the travel ramps that curved around
either side of the cargo door.

‘
For the
moment,’ she said confidently. ‘Just a small number of
us.’

She was
wearing a neat padded hair cap. Her space suit was a thick black
material, neatly shaping out her body with criss-cross patterns,
shielding plates and segmented colour sections lined with zipping
seams. Two thick air filter pipes extended from her abdomen and fed
behind her into an oxygen pack. Her collar was a thick bronze ring
that ran atop of her shoulders with several adjustments, able to
house a protective space helmet. A sanguine smile spread across her
lips as she faced her slightly shorter husband. Her eyes aglow like
rubies dazzling in the light, she took his hands and their
foreheads touched.

Rynal shut
his eyes, feeling the waves of silent passion pass back and forth
between them and she touched his cheek with the back of her
glove.

‘
Your
daughter is waiting to see you in the main cabin.’ She
said.

‘
The catalyst
offers us security,’ she said. ‘We need it now more than
ever.’