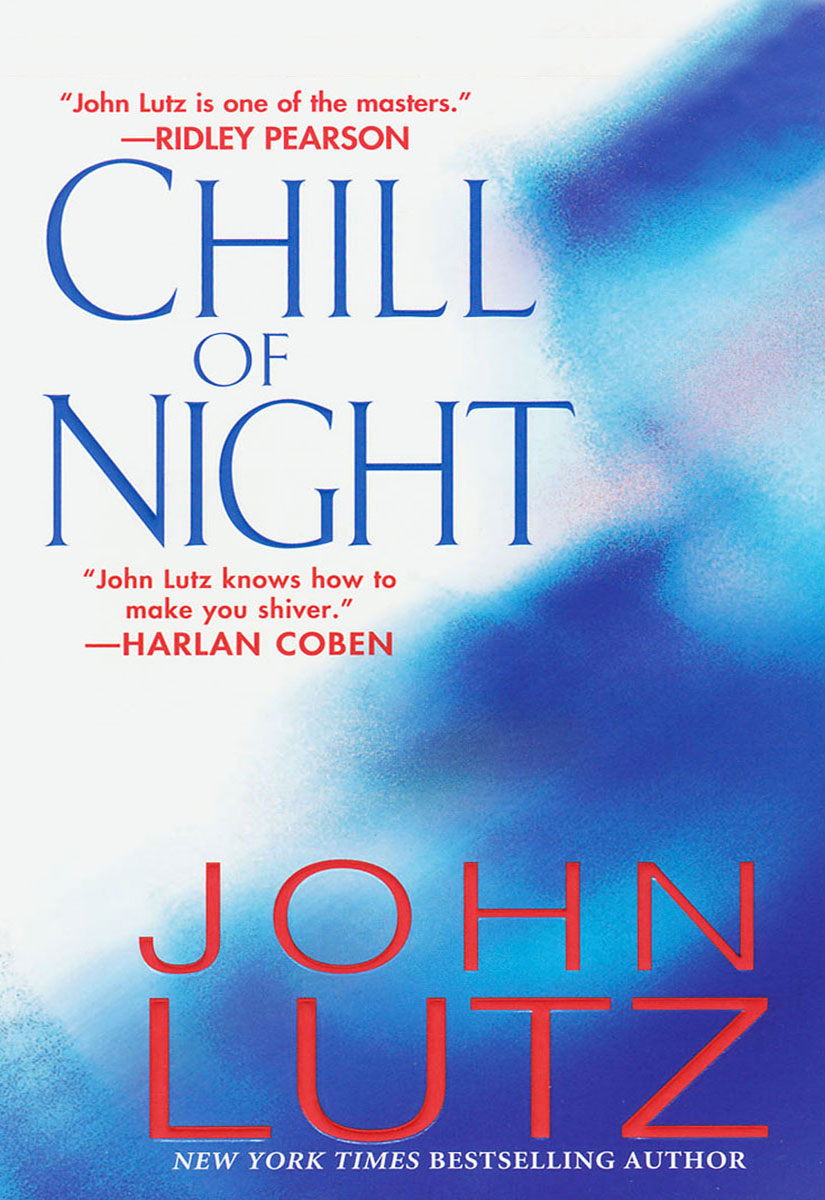 “John Lutz knows how to make you shiver.”

“John Lutz is one of the masters of the police novel.”

“For a good scare and a well-paced story, Lutz delivers.”

“Lutz knows how to seize and hold the reader's imagination.”

“Lutz's real gift is to evoke detective work better than anyone else.”

“Lutz ranks with such vintage masters of big-city murder as Lawrence Block and the late Ed McBain.”

“Lutz is among the best.”

“It's easy to see why he's won an Edgar and two Shamuses.”

“Some writers just have a flair for imaginative suspense, and we all should be glad that John Lutz is one of them.
The Night Spider
features elegant writing enveloping exotic murder and solid police workâ¦. A truly superb example of the ânew breed' of mystery thrillers.”

“Lutz juggles multiple storylines with such mastery that it's easy to see how he won so many mystery awards.
Darker Than Night
is a can't-put-it-down thriller, beautifully paced and executed, with enough twists and turns to keep it from ever getting too predictable.”

“Readers will believe that they just stepped off a tilt-awhirl after reading this action-packed police proceduralâ¦John Lutz places Serpico in a serial killer venue with his blue knights still after him.”

â
The Midwest Book Review
on
Darker Than Night

“John Lutz knows how to ratchet up the terrorâ¦. [He] propels the story with effective twists and a fast pace.”

“John Lutz is the new Lawrence Sanders.
The Night Watcher
is a very smooth and civilized novel about a very uncivilized snuff artist, told with passion, wit, carnality, and relentless vigor. I loved it.”

âreviewingtheevidence.com on
The Night Watcher

“
SWF Seeks Same
is a complex, riveting, and chilling portrayal of urban terror, as well as a wonderful novel of New York City. Echoes of
Rosemary's Baby,
but this one's scarier because it could happen.”

“With Lutz stirring the pot the dish spits with just the right amount of sizzle.”

“Lutz is a fine craftsman.”

â
Booklist
on
The Ex

“The grip on the reader is relentless until the final, entirely unforeseen shocker rings down the curtain.”

“A psychological thriller that few readers will be able to put down.”

â
Publishers Weekly
on
The Torch

“The author has the ability to capture his readers with fear, and has compiled a myriad of frightful chapters that captures and holds until the final sentence.”

“Likable protagonists in a complex thriller.”

Vengeance is in my heart, death in my hand,
Blood and revenge are hammering in my head.

Render therefore to all their dues.

None are so desolate but something dear,
Dearer than self, possesses or possess'd
A thought, and claims the homage of a tear.

Things are never as they seem.

The area was supposed to be clear, marked off with yellow NYPD crime scene tape, but Beam caught a glimpse of movement behind one of the parked cars and moved toward it.

One step, that was all he'd taken, and the figure hiding behind the parked Mercedes was off and running toward the garage exit. Beam could see by the way he moved that he was young, teens or twenties. Beam had just turned fifty-three. Convert that difference in years to distance, and there was a lot of it to make up. Still, Beam was on the run and gradually gaining.

The victim's body had been removed, and the crime scene unit and other detectives had left. It was part of Beam's method to hang around alone at a murder scene and take in what he could in the immense silence and stillness that followed violent death. Now and then, he discovered something.

He'd sure as hell made a discovery this timeâprobably the shooter.

That seemed to speed up the guy, a skinny kid dressed in jeans, a dark watch cap, and a black jacket, flailing his arms, and with long legs that could eat up the ground. He was making for the vast rectangle of light that was the exit from the garage to freedom, where he'd be lost in the crowded New York streets. Beam couldn't risk taking a shot at him and would soon be outdistanced. The probable killer of the garage attendant, and he was getting away.

Beam had seconds to act or he'd lose the angle, and his bullet might ricochet out onto the sidewalk.

Should it be a warning shot at the concrete ceiling? Or should he try to bring down the fleeing man before it was too late? One of those split second decisions you read and hear about in the media.

The suspect lifted his knees higher, trying to draw more speed from his adrenaline-jacked body.

Beam stopped, spread his feet wide, and raised the revolver and held it before him in his right hand, bracing with his left.

But not for Beam.

The fleeing man suddenly skidded to a halt, at the same time whirling and dropping to one knee. It was a graceful, dancer's movement made possible by youth.

It was like getting whapped in the thigh with a hammer.

Beam was on the hard concrete floor without knowing how he got there, fire pulsing in his right leg. He craned his neck and peered toward the garage exit and saw that the kid was getting away.

Rubber screeched out on the street, and there was the dull sound of impact. A woman shouted something over and over that Beam couldn't understand.

He reached for his two-way. If the damned thing would work in the garage, he could get help, maybe nail the bastard on the street.

Then weakness came with the pain.

“Nine days,” Beam said. That was how long since he'd been released from the hospital into a bright spring day. His right leg still ached and wasn't as strong as his left. He'd lost twenty pounds while laid up, and his clothes hung on him as if they were somebody else's.

He was wearing a pale gray shirt with the sleeves unbuttoned and folded neatly halfway up his forearms. His face was so gaunt as to be almost vulpine, with blue eyes that could charm or cut steel, and an intensely curious, slightly lopsided expression due to a missing right earlobe that had been bitten off in a saloon fight his rookie year as a cop. Beam looked like a guy who'd been dragged bumping and thumping through life, resisting every inch.

The bullet fired in the parking garage had done only minimal damage to the bone, so he'd be able to walk soon without a cane. He was having lunch at Fostoria's, on Central Park West, with his sister, Cassie, who was a psychiatrist with her office nearby. A long way from downtown, where they'd spent their childhood.

The restaurant's tables were small and round, with lacy white tablecloths, and the place was filled with brilliant winter sunlight. They were waiting for their server to bring them their orders of croissant sandwiches. It looked to Beam as if everyone in the restaurant was eating something on a croissant.

Their table was by the window, and both had been watching people stream past out on the sidewalk. It was easier than talking.

“You were thinking about retiring anyway,” Cassie said.

She hadn't done well in the gene pool. Unlike Beam, who was tall and rawboned, his older sister was short and blocky, in a sturdy way that dieting would never change. Her eyes were darker than his, too, staring at Beam now from beneath black bangs.

“Thinking about and doing are two different things,” Beam said.

Cassie gave him her gap-toothed smile. “You're telling
me
that?”

Beam had to smile back. “Sorry. Sometimes I forget what you do for a living.”

“Getting shot, so soon after Lani, it was like a one-two punch.”

“Is that psychoanalyst talk?” Beam asked. “A one-two punch?”

Cassie took a sip of lime-flavored bottled water. “I'm not talking like an analyst now. More like a sister. Not that I don't think analysis wouldn't help you, but it should be done by another professional.”

“I'll get through it,” Beam said. His wife of twenty-three years, Lani, had for reasons unknown leaped from the high balcony of her friend and business partner's apartment, where she was attending a cocktail party and charity fund raiser. It was five months later when Beam had been surprised by the suspect in the parking garage, while investigating the robbery shooting of the attendant, and was shot in the leg. The shooter, who turned out to be twenty-two years old, with an impressive record of armed assault and burglary, had been struck and killed by a car in the street outside the garage exit. Beam's final collar.

Not the best way to end the career of legendary New York homicide detective Artemis Beam, the cop who'd made his reputation understanding and hunting down serial killers. He'd been kicked up to the rank of captain and unceremoniously pensioned off. Since then he'd had to use pills to help him sleep, and awake he wandered alone and uneasy in the shifting world of the retired.

Cassie was the first to tell him he'd never been one to adjust easily. She had a seer's gift for spotting trouble even before it appeared on the horizon, and she'd known Beam's retirement was going to be hell. As usual, she was right.

A Short History of the World by Christopher Lascelles
Swordpoint by Ellen Kushner
A Tender Touch: A Donnelley Brother's Novel (Logan Point Book 4) by Carbonneau, Alannah
Do Not Disturb by Tilly Bagshawe
And I Love You by Marie Force
Celine by Kathleen Bittner Roth
Goodbye Secrets (The Lost & Found Series book #2) by Ayres, Jacquelyn
Reaper's Vow by Sarah McCarty
Untamable Rogue (Formerly: A Christmas Baby) by Blair, Annette
Special Delivery by Traci Hohenstein