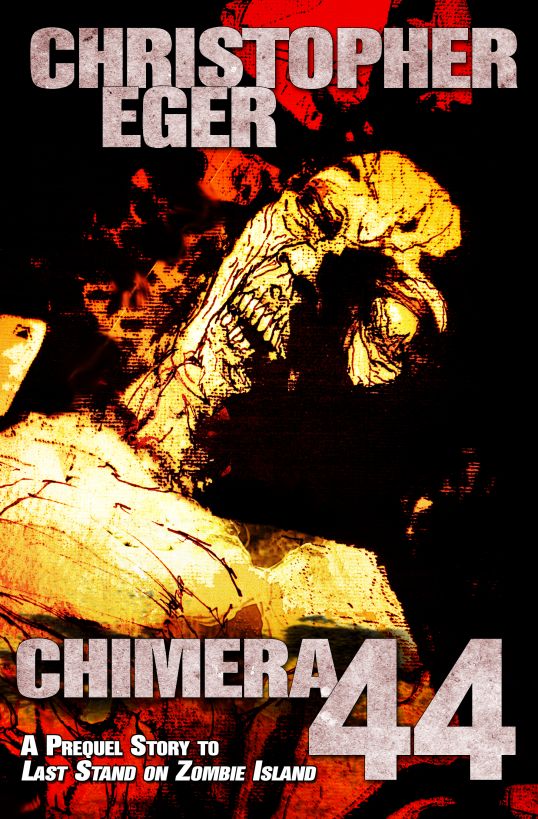 A Prequel to the
Novel

This ebook is licensed for your
personal enjoyment only. This ebook may not be re-sold or given
away to other people. If you would like to share this book with
another person, please purchase an additional copy for each person
you share it with. If you’re reading this book and did not purchase
it, or it was not purchased for your use only, then please return
to Smashwords.com and purchase your own copy. Thank you for
respecting the hard work of this author.

Captain Third Rank Vladimir Markov yawned as
he watched the sun melt on the horizon. It was breathtakingly
beautiful as the ball of orange was consumed into the bright blue
water of the Indian Ocean. Forty-nine sunsets in a row, all exactly
like the last. He was sick of it.

“
Only eleven more sunsets until we
head to Jakarta, Pavel Mikhailovich,” the Captain said to the
helmsman of the ship, who wholeheartedly agreed. The crew loved the
Indonesian port city for a myriad of reasons.

Every 60 days they would put into Jakarta for
a week to refuel and take on supplies. The Indonesian government
was friendly to Moscow going back as far as the 1950s and was well
supplied with Russian-made weapons. This allowed the ship a wide
berth in Jakarta with few questions asked. During port visits, the
ship’s research labs would be closed, sealed off limits, and barred
by armed Russian Federal Security Service (formerly known as the
KGB) guards.

The 270-foot long research vessel (R/V)
Akademik Kostov
was part of the Russian Defense Ministry’s
deep-water research department and as such was a naval auxiliary.
Painted white and liberally streaked with rust, she was easily
mistaken for an old freighter that had seen better days. Still,
with most of the once proud Russian Navy swaying abandoned at their
docks, Vladimir was happy to get the time at sea—even if he was
driving a bug mobile.

For most of the past year, the ship sailed
lazily along the length of the 2,600 kilometer-long Sunda Trench
that stretched from Myanmar to Sumatra. The trench, at over
25,000-feet deep was one of the longest stretches of hyper-deep
water in the world. The fact that you could go days in some parts
of the trench and not see another vessel in the area only helped
matters. Officially, the
Kostov’s
mission was in studying
giant amphipods that lived in the trench while performing
deep-water ocean bed studies. However, the vessel’s true purpose
was to house a top-secret Bio Safety Level 4 scientific research
laboratory.

Referred to by the code name
Vozrozhdeniya
II
after the former top-secret Soviet bio war facility
abandoned years ago in Uzbekistan, Markov knew only that it held
the worst of the worst of experimental weaponized bugs. Stuff too
lethal to risk working on in the Motherland, even in the remotest
parts of Siberia.

“
Have you heard from Professor
Arkady so far today?” He asked the helmsman.

“
No, Captain,” the sailor said,
“And I don’t want to,” he added with a smile on his pockmarked
face.

Markov knew the feeling. The ship’s crew
included 16 naval personnel who actually operated the vessel, some
civilian oceanographers who provided the official cover, four
machine-gun toting guards from the FSB, and the three Defense
Ministry scientists. On port calls, everyone but the FSB guards and
the scientists could leave the ship. It was Moscow’s orders, not
his, but it definitely made the bug doctors and their cavemen
guards abrasive. It didn’t help that Professor Arkady had the
personal relationship skills of a dead fish and the breath to prove
it.

The phone rang on the wall of the bridge and
Markov reached for it. Made of heavy plastic back in the good old
Communist days, its weight was comforting to him in a nostalgic
way.

“
Bridge,” he barked into the
receiver.

“
This is Pasha,” he heard from the
other end. The man was one of the civilian oceanographers, “I was
back here having a smoke, and there are two small boats off our
stern, coming up very fast.”

Alarm bells went off in the back of Markov’s
brain, “What kind of boats?”

“
Little rubber ones, with a bunch
of monkeys in them,” he said, falling back on the oft-used Russian
insult for Asians. “They are throwing lines over the back of the
boat! Pirates!” he screamed into the phone before it went
dead.

“
Sound the alarm,” Markov ordered
the helmsman, “and start making evasive maneuvers.” Fucking
pirates, he thought. Typically, a ship’s radar does not provide
good coverage of the area immediately to the rear of a ship, so the
bandits were professionals. If it were a military attack, they
would never have seen it coming. These were crooks looking to steal
a ship.

More than half of pirate attacks in the world
take place in South-East Asian waters. Most of the 400 or so
attacks in those waters every year are on merchant ships and
private yachts from hard up little Asian gangs who robbed the crew
or hijacked the ship and ransomed it back to their owners. Still,
with some 40,000 ships passing through those waters in any given
year, the chances of encountering a pirate was only 1%. No matter
how you took those figures, the
Kostov
was very
unlucky.

The young sailor cranked the ship’s wheel hard
over to port until it stopped at full left rudder, simultaneously
increasing the throttle on the diesel engine’s topside controls.
The
Kostov
heeled slowly over to the left and Markov grabbed
on to the chart table to keep from losing his balance as the deck
below his feet canted. Deep below deck, he could feel through his
feet the throb of the huge diesel engine increase as it rotated the
shaft up to the ship’s maximum speed of 11-knots. They would never
outrun the pirates, who could probably make 30-knots or better on
their small boats, but maybe they could shake them off.

Markov picked up the phone and rang the Lab as
he reached under the chart table and took out the AKS-74U commando
rifle that was hidden away there.

“
What the hell is going on
up there?” demanded Professor Arkady as he hit the speaker button
on the phone, being impossible to pick up the receiver while he was
in his one-piece positive pressure personnel suit. “The Ministry
assured me that this ship would be staffed by professional
sailors!”

“
Would you shut the fuck
up, you idiot,” barked Captain Markov over the speaker. “We are
under attack.”

Arkady’s blood ran cold in an instant,
if the lab’s contents were to fall into the hands of a foreign
government, or worse a terrorist organization or criminal gang, the
last chapter of the human race was written. “Who is attacking
us?”

“
We think it’s pirates.
I’ve sealed the bridge and ordered all hatches secured. You may
want to barricade yourself.”

Arkady looked at the two other
scientists in the lab who were very silent and had their eyes fixed
on his, waiting for orders. “Have you advised Moscow?” he
asked.

Markov’s voice dropped an
octave. “I was going to call them on the satellite phone
only
if I thought they
breached the lab.”

“
So you haven’t initiated
the sequence yet then?”

The only entrance to the lab was
through a series of airlocks that contained multiple showers, a
vacuum room, an ultraviolet light room, and other safety
precautions designed to destroy all traces of the biohazard. They
were all electronically secured to prevent both doors opening at
the same time. All air and water service going to and coming from
the lab likewise was decontaminated to eliminate the possibility of
an accidental release. As each of the four airlocks opened and
closed, a light panel would display for each both inside the lab
itself and on the bridge. An FSB security guard with a fully
automatic AKS-74U assault rifle to repel any unauthorized entrance,
with no exceptions, guarded the entrance round the
clock.

It was when Arkady heard the distant
sound of a rifle firing through several airlocks that he knew the
end was coming. The distinct high-pitched staccato of the AKS-74U
was answered and silenced by heavier bursts from several different
rifles. He only hoped that the guard did not have his access badge
visible. With it, the new owners of the badge could open three of
the four airlocks that kept them and Chimera-44 locked away from
the rest of the ship.

“
Markov,” Arkady said into
the speaker, “I think they are coming. You have to get the off-duty
guards and your men down here as soon as possible to keep them from
making it into the lab.”

Only silence hummed from the speaker
in reply.

“
Markov!” Arkady yelled to
the same reply. On the notification panel on the wall of the lab,
the first airlock, the vacuum room, was shown opening and then
closing. They must have found the guard’s access badge

“
Begin the sterilization
procedures,” the professor said in a shaky voice to the two lab
assistants. Immediately the men started to pull vials of
experimental pathogens from the sealed medical cabinets and placed
them inside a short magnetron incinerator. With the beams of
radiation strong enough to cook a frozen turkey all the way through
to perfection in about five seconds, the magnetron would vaporize
the active viruses in half that time. It had worked in other labs
for Marburg, Ebola, and Nipah virus, so Arkady hoped it would work
on Chimera-44.

In Greek and Roman mythology, the
chimera combined elements of lion, goat, and serpent into one
monstrous form. The modern day version had been under development
for decades. One strain had taken the common cold and mixed it with
polio, tweaking them at the molecular level to cause a new disease.
Another had merged smallpox and anthrax to make a hyperactive spore
capable of producing both viruses at once. Arkady’s project was
Chimera-44, and merged rabies and a little known transmissible
spongiform encephalopathy disease commonly known as kuru, often
found among the cannibalistic cultures of Papua New Guinea. The
projected outcome was to make a blood-borne pathogen that would
ramp up the infester’s level of Kryptopyrrole to the brain and
drive them to a destructive, manic fit. It could be very useful in
both warfare and covert operations.

The second airlock notification door
showed red as it opened. Arkady hurriedly grabbed examination
trays, specimen slides, and petri dishes, and hustled them to the
incinerator.

“
It’s full professor,”
argued one of the assistants.

“
Go to the devil,” he said
and stacked the pieces on the table by the device. “Get these in
there somehow.”

The speaker on the wall crackled in,
“Professor,” said Markov on the bridge, accompanied by the accent
of gunplay rattling in the background. Markov sounded like he had
his own issues to deal with. “The second airlock has been breached.
There are four pirates in the ultraviolet room trying to get into
the third airlock. I’ve got everyone not on the bridge headed down
there to you, but I don’t know if they will make it on
time.”