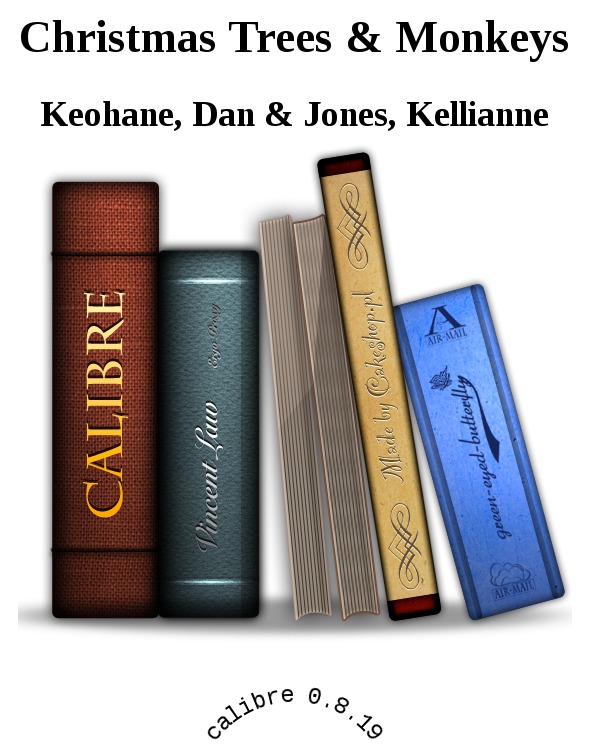 A new edition with a revised introduction published by

This ebook is licensed for your personal enjoyment only. This ebook may not be re-sold or given away to other people. If you would like to share this book with another person, please purchase an additional copy for each person. If you’re reading this book and did not purchase it, or it was not purchased for your use only, then please purchase your own copy. Thank you for respecting the hard work of this author.

The stories contained herein, including names, characters and places, are works of fiction. Any resemblance to actual persons, living or dead, is entirely coincidental

This edition is dedicated to Andrew, Amanda and Audrey, for your love and undying enthusiasm for Dad’s creepy little sideline.

As before, a special dedication to my sister Anne Murphy, who has wrestled with the challenge of Multiple Sclerosis this past decade. Your strength and tenacity is an inspiration to so many people.

about The Monkey on the Towers

The Monkey on the Towers

about Feed the Birds

about The Doll Wagon

about White Wave of Mercy

about The Storm of Generations

The Storm of Generations

about Two Fish to Feed the Masses

Two Fish to Feed the Masses

There have been many people with me along this strange and twisted path and I’d like to thank you all, but as this collection was originally put together eight years ago, I’ll have to stick to the highlights.

I thank God, of course, for allowing me this life and the people in it who have given me so much love and support over the years, and for blessing me with some semblance of talent to do this writing thing in the first place.

Mom and Dad, aka Marilyn and Joe Keohane, who gave me life, then saved it on more than one occasion. For their unconditional love and acceptance of their brooding scribe of a son.

Janet, my first reader for these early stories as I struggled to find my voice and who kept me honest with her critiques when they arrived fresh from the oven of my brain.

Fran Bellerive, for your red (and blue and purple and...) pen. Its markings have made all the difference over the years in how these stories have come out. Thank you, thank you.

For all those who have taken their turns at the critique wheel for one or more of the stories herein, including Mark Lowell, Paul Tremblay and Stephen Dorato (I’m sure I’ve missed someone and if so I apologize).

To my family, friends and every reader who has taken the time to read my stuff and perhaps enjoyed a little of it. A writer’s work is a solitary endeavor, and we spend way too much time in our own heads. Once the story’s done it belongs to you, however. I pray I never lose sight of that.

And finally, to the Booth family, Matt Bechtel and the rest of the gang at Necon EBooks, not only for putting on one of the best cons in existence, but for being interested in this little collection of mine for their publishing venture.

“
AM” © 1999, originally appeared in
Bonetree
, later in
Cemetery Sonata II

“
The Monkey on the Towers” © 1999, originally appeared in
The Orphic Chronicle

“
The Doll Wagon” © 2001, originally appeared in
Poddities: A Creative Tribute to Jack Finney’s The Body Snatchers

“
Lavish” © 2000, originally appeared in
Fantastic Stories of the Imagination

“
The Storm of Generations” © 2001, originally appeared in
The Pedestal Magazine

“
Ritual”, “Redemption”, “Bark” and “Two Fish to Feed the Masses”, © 2002, made their debut in this collection. Be gentle with them, they’re young... OK, maybe “Redemption” is getting on in years, but I’ll save that for the story’s introduction. ...

(updated for the ebook edition)

I’d like to take a moment to thank you for spending your hard-earned dollars for this, the long-awaited eBook edition of my first collection of short stories. Most of what you’ll soon read have been published a few years ago in a wide range of publications, from magazines to webzines to anthologies. A few were newly written when the print edition of
Christmas Trees & Monkeys
was originally released, seeing print for the first time. I hope that while you’re in here you enjoy yourself.

Before each story I take a few moments to explain how I came up with the idea, and offer a fact or two that I think you might find interesting, and maybe a fact or two you could have done without. “Too much information, Dan” is common phrase in my life. I tried to make them enjoyable, and offer a quick insight into the process I sometimes go through in creating these short stories. There are no spoilers in the introductions, I promise — read them before diving into each story and don’t worry that I might give away the ending.

As with the print edition, 100 percent of all author royalties earned from the sale of this collection are being donated to the New England Multiple Sclerosis Society, in honor of my sister Anne. I figured I already got paid for most of these stories, anyway, so may as well let someone else benefit from them now – aside from you, dear readers.


That’s about it. Enough of this bantering about. Have a good time, and let me know what you think. I’d love to hear from you. And again, thanks for reading.

It seems fitting that I open the collection with my first published story. After a few years getting my fingers wet with fiction-writing, I stopped. Three children, two jobs and a new house later, I returned to the keyboard. After writing a few stories (two of which are in this collection), I decided to look back through my old notebook to see if there were any gems left unrealized from my hiatus. There, I found the opening (two or three paragraphs, hand-written), of a story called “Incineration.” These were the last three paragraphs of fiction I’d written before hanging up the smoking jacket and pipe for a time. I never forgot the story. It resurfaced in my frenzied brain at odd times. I let it play itself through for fun, only to mentally file it away for another day.

Newly inspired, one day I wrote the story out beginning to end. Not much changed from what was in my head all those years. Around that time I’d joined a professional organization for writers called the Horror Writers Association. In the HWA’s first newsletter, I discovered a plethora of market listings specializing in horror. Magazines and anthologies which never saw even a one-liner in tomes like Writer’s Market (and this was before such websites as the amazing Ralan.com were in existence). One of these markets was an anthology called
Cemetery Sonata
, edited by June Hubbard.

Well, “Incineration” takes place in a crematorium, so I thought,
why not
? I sent it off via email and waited. A couple of month’s later Ms. Hubbard, God bless her, said she’d buy it. So I soon had thirty-six dollars in my pocket and my very first fiction sale.

Now, they
say
women forget a lot of the physical pain experienced in child birth. If they didn’t, they’d stop having children after the first, and our planet would be under populated and primed for invasion by alien races who are just too damned intimidated to attack us because there’s so many of us hanging around. That’s what they say, anyway. Similarly, writers forget all of their dozens (or hundreds) of rejections with that one acceptance. If we didn’t, we’d stop writing, and Mr. And Mrs. John Q America would miss out on a lot of creepy stuff, like the following story....

The top half of the casket’s lid stood open. Patrick, in his quiet terror, began to calculate how he would maneuver himself beside Mister Benchman’s body without touching it. A new wave of nausea rolled over him.

Patrick, Kenny and Kenny’s best friend Jacob crouched in the grass. The rectangle of yellow light from the basement window was like a camp fire between them. Above the boys, the remnants of the summer day burned away into evening. A thick humid blackness fell around them. They watched the old man approach the coffin, close the lid and twist the ornate brass latch.

Atlantis Redeemed by Alyssa Day
Hearts Made Whole by Jody Hedlund
Moonbeams and magic by Taylor, Janelle
Whispers of Darkness (The Deadwood Hunter Series) by Rachel M Raithby
Minus Me by Ingelin Rossland
The Intuitionist by Whitehead, Colson
The Wealth of Kings by Sam Ferguson
The Second Wave by Leska Beikircher
The Wedding Fling by Meg Maguire
The Collected Horrors of Tim Wellman by Tim Wellman