Read City of the Sun Online

City of the Sun 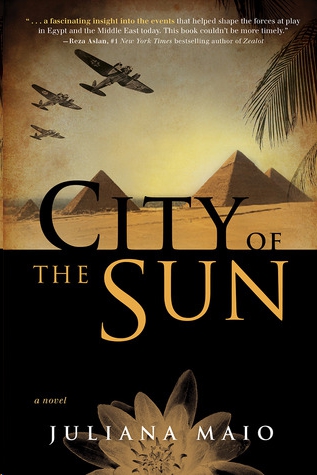 Praise for Juliana Maio’s
City of the Sun

“Juliana Maio’s
City of the Sun
belongs in the ‘1 percent’ of new novels, not only because of the way she weaves suspense to keep you turning pages, but because she has married it all to a fascinating point in World War II history with descriptions of the Middle East that will have you swearing you’ve been there. The kind of book that turns non-readers into obsessive ones.”

“… A marvelous romantic spy thriller set in one of the most cosmopolitan yet exotic cities of its time—Cairo… [T]he novel is impeccably researched in both military matters and the details of day-to-day life, allowing us to meet as if in person characters who heretofore have appeared only in history books. A fantastic read from beginning to end—you won’t be able to put it down!”

“… A vivid novel of Cairo during the early days of the war in North Africa where café society was all but invented. This is a romantic adventure, rich with spies, Nazis, ever-changing power, and international refugees. The reckless events of the story are a distant mirror for the desperate troubles of the Middle East of today. A sexy and dangerous book.”

—David Freeman, author of
One of Us
, the adventures of an Englishman in pre war Egypt

“Juliana Maio artfully brings to life a very rich and crucial period in Egyptian history. Her scenes evoke intense emotions about the fragility of love and the cruelty of war, as well as the tragedies of religious persecution. Meticulously researched, this is a beautiful novel full of life that will stay with you long after you’ve read it. In her first foray into writing Maio proves that she has what it takes to be a great novelist.”

“You feel the sweat on your forehead and smell the scents of the marketplace as you walk the colorful streets of Cairo with Juliana Maio’s vividly-drawn characters … [Her] detailed research brings alive the ancient city and creates a vibrant setting for the twisting, racing story. This is historical fiction the way it was meant to be enjoyed—and the way it was meant to be written!”

—Kelly Durham, author of
Berlin Calling
and
The War Widow
.

“This book fuses three of my greatest passions: drama, history, and the Jewish/Arab conflict. I was tremendously excited to discover
City of the Sun
—an engrossing, first-class historical drama. It’s a goldmine!”

—Richard Dreyfuss, Academy-Award winning actor and founder of the Imagining the Future Fund

“Juliana Maio’s
City of the Sun
is a stunning work of historical fiction, capturing the romance, intrigue, and danger of Cairo in 1941. Against the backdrop of an increasingly threatened Jewish community in Egypt and the rise of the Muslim Brotherhood—yes, the same one that keeps coming back to haunt that country—Maio magically transforms an almost genteel love story into a heart-stopping thriller.”

“What we don’t know about Cairo during World War II makes for an enthralling novel. Egyptian-born Juliana Maio knows this territory like the palm of her hand—which is where she holds us.
City of the Sun
weaves a tangled tale of espionage, wartime romance, political intrigue, and action in a city crawling with all four. If you liked Casablanca, this story is for you.”

“An ambitious work set against the backdrop of real events, Juliana Maio’s
City of the Sun
provides a fascinating insight into the events that helped shape the forces at play in Egypt and the Middle East today. This book couldn’t be more timely.”

—Reza Aslan, international and
New York Times
bestselling author of
No god but God
and
Zealot

“Vivid … a romantic thriller set during the early years of WWII … [a] satisfying exploration of a key time in Western and Middle Eastern relations.” 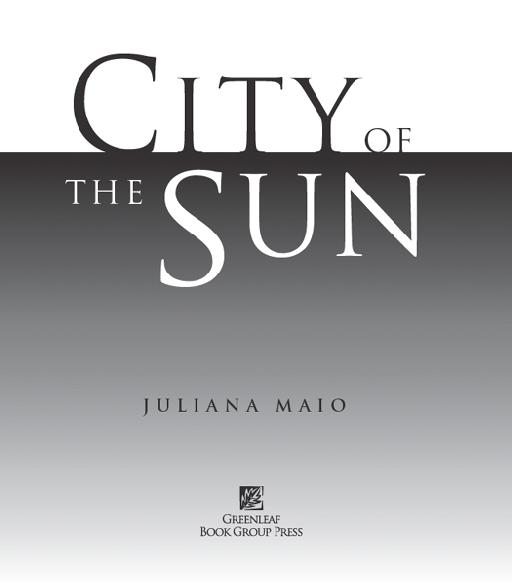 This book is a work of fiction. Names, characters, businesses, organizations, places, events, and incidents are either a product of the author’s imagination or are used fictitiously. Any resemblance to actual persons, living or dead, events, or locales is entirely coincidental.

No part of this book may be reproduced, stored in a retrieval system, or transmitted by any means, electronic, mechanical, photocopying, recording, or otherwise, without written permission from the copyright holder.

For Natasha
You, too, are a daughter of Egypt. 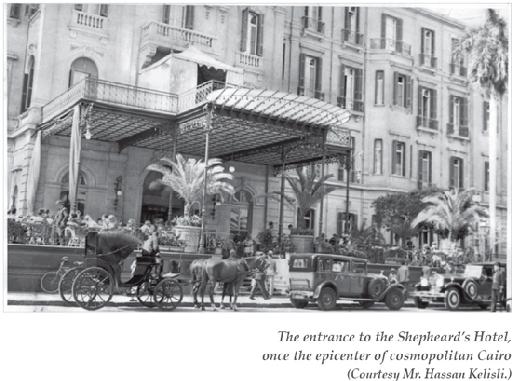 “Cairo during the war was what Casablanca had been mythologized as in the eponymous Humphrey Bogart film—a romantic desert crossroads of the world, of spies and soldiers and cafés and casbahs and women with pasts and men with futures, except that Cairo threw in a king and a palatial high society gloss and grandeur that Casablanca, both on and off screen, never even tried to evoke …”

—William Stadiem (
Too Rich: The High Life and Tragic Death of King Farouk
) 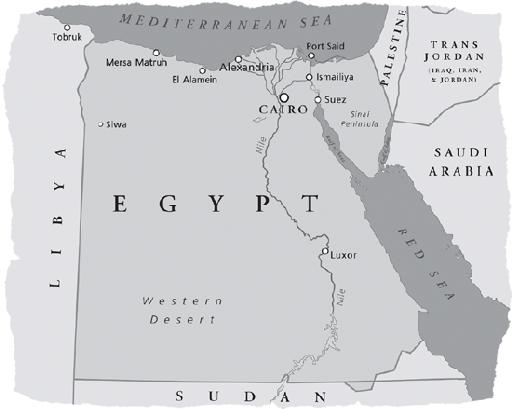 A modern day Cleopatra without the glamour—that’s me! Maya thought as she leaned against the railing of the decrepit
El Aziz
as it steamed into Alexandria’s harbor on a hot and muggy morning. Like the legendary Egyptian queen who so fascinated her, she was being smuggled into the city. But while Cleopatra had designs on seducing the most powerful soldier on earth so as to assure her reign, this battered refugee from Europe could only hope to escape the never-ending persecution that came from being born a Jew and the ravages of the war on the continent. Maybe here, in this sunny Mediterranean land, she could rid herself of the nightmares that afflicted her night after night. She’d been told that Jews were safe in Egypt, but there was no escaping the war, as the gargantuan ships and submarines that dominated the horizon like ominous thunderclouds reminded her. Though she knew the fleet was British, she still shivered.

Once she would have given anything to visit the land of the pharaohs and to pull into port greeted by colorful sailboats and fishing vessels. She would have taken a barge up the Nile, one sensuously scented with the oil of lotus flowers as Egyptians had done in ancient times, and glided up the river, admiring the majestic temples along the banks. But as she gazed at the gunmetal warships, the fantasy evaporated. She was too exhausted for that. The war had robbed her of
even the basic right to dream. All she wanted was a place to drop her suitcases for good.

As the boat approached the port, she saw that in addition to the British armada, hundreds of cargo ships crowded the harbor and she wondered how long it would take for the ship to dock. She had heard that it sometimes took days for boats to find a place to land. After all, this was the headquarters for the British Mediterranean navy, and who cared about a small boat full of filthy refugees? She removed the scarf from her head and pulled her long hair into a ponytail, before flipping it back and forth to fan her neck as she braced herself for a long wait.

Incredibly, only two hours later, the
El Aziz
dropped anchor. Was God finally smiling on her?

Everything to Gain by Barbara Taylor Bradford
RequiredSurrender by Riley Murphy
The Passionate Mistake by Hart, Amelia
Gravity by Amanda Miga
THE DODGE CITY MASSACRE (A Jess Williams Novel.) by Thomas, Robert J.
Sleeping With the Help (Toyboy Lover) by Rush, Ava
The Truth Against the World by Sarah Jamila Stevenson
Prison Nation by Jenni Merritt
The Emperor's New Pony by Emily Tilton
His Royal Prize by Katherine Garbera