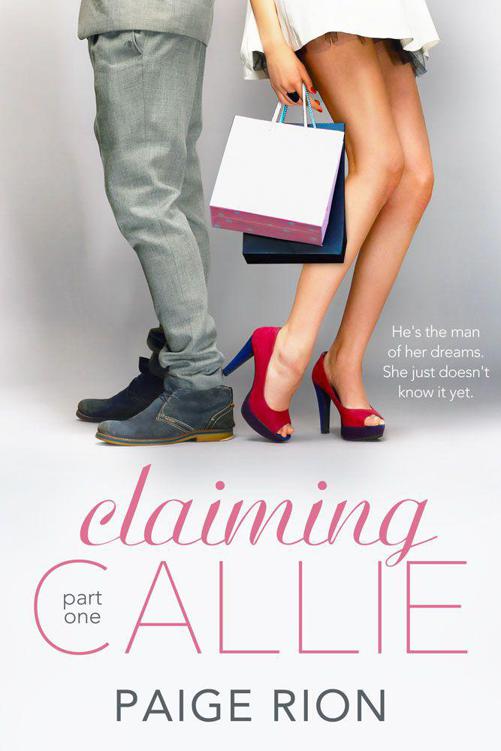 This book is a work of fiction. Names, characters, places, and incidents are a product of the authors’ imagination or are used fictitiously. Any resemblance to actual events or locales or persons, living or dead, is entirely coincidental.

All rights reserved, including the right to reproduce this book or portions thereof in any form whatsoever. No parts of this book may be reproduced, scanned, or distributed in any printed or electronic form without permission. Please do not participate in or encourage piracy of copyrighted materials in violation of author’s rights. Purchase only authorized editions.

Callie Cartwright sweeps her golden locks off the side of her face and cocks her head. “Wha-what?”

Did I hear him right?

Mr. Bucek leans back in his chair, forehead wrinkled. His gaze focuses on her and he scratches his jaw
,
where his five o’clock shadow is already making its presence known. He resembles her father far more than she likes, and the memory of h
er dad
pierces deep inside her like jagged glass.

“I’m sorry, but you heard me. You could be a real asset to us here, but we can’t hire you with your current financial situation.”

“Okay,” she says, drawing out the word, her mind scrambling to come up with a solution. “I understand to an extent why you may not want an employee with a healthy spending habit, but—
”

“Healthy?” Mr. Bucek raises a brow. “You’ve got four credit cards, all completely maxed out. The total debt is more than enough to pay for a year’s worth of tuition. Not to mention, some of the accounts have been delinquent over the past year. Add to that the student loans you’re going to have after graduation, your car loan, and living expenses, and you’ve got yourself one hell of a rap sheet of bills for a fresh grad. And according to your credit report, your cards are like the revolving door at Macy’s.”

Raising a finger, she says, “I resent that. I much prefer Nordstrom.”

Sighing, she shrinks back into her chair. Crap. That new Michael Kors handbag was a mistake. Damn all end-of-season sales to hell. She supposes she didn’t need that new pair of BCBG boots either, but they were so cute, with the mock zipper under the laces and…

Her entire livelihood, her whole post-graduation plan, depends on getting this job with GG Financial. If she loses her spot here, she’s screwed.

She folds her hands in front of her and tries to keep her voice calm. “You’re telling me I may not get the job just because I happen to have an expensive shoe habit?” She forces a smile, but even she can feel it waver as Mr. Bucek’s lips don’t even twitch.

“Listen, you’ve been interning with us for over two years now. I’ve come to think of you like a daughter most of the time—”

Ouch
. Callie raises a hand before he can say more. “I totally get it, but let’s cut to the chase here.” Callie takes a deep breath. She can feel the best job prospect for a mathematics major interested in finance slipping through her fingers like fine grains of sand. “I know this business inside and out. I can work any of the other interns—not to mention half your elementary staff—under the table. Who cares about my financial situation if I’m good at my job? What is it they say? ‘Those who can’t do, teach’? That’s what I do. I educate clients and I advise. I send them in the right direction for financial profit and success. I can help turn around distraught companies. I might have a poor financial forecast myself, but I’m damn good at this job. I’ve worked my butt off these last two years. Are you really telling me that at the end of the year, when you go to hire someone, you’re going to pick one of those dorks over me?” Callie nods outside Mr. Bucek’s office where two interns huddle in a cubicle, pretending not to listen. On their computer screen is World of Warcraft.

“Enough said.” Callie crosses her arms in front of her.

“World of Warcraft is like candy to nerds like those guys.” Mr. Bucek says and almost cracks a smile.
Almost
.

“You get my point,” she says, her voice firm.

She laid it all out on the table. Every bit of what she said is true, and Mr. Bucek knows it. She can see it in his eyes. There is nothing left to say. All she can do now is stare at him, batting her baby blues, in the hopes he might cave and retract his declination to hire her at the end of the semester.

Mr. Bucek sighs and brings a hand up to his face, rubbing away lines of tension in his forehead, then drops his hands and leans forward on his desk. “Okay, here’s the deal…” He clasps his hands together and catches her gaze. “GG Financial is one of the biggest, best advising firms in the nation. We can’t hire you with your current debt. My boss won’t let me, and I can’t say I blame him. How could we defend it to clients if they found out? Prudential Financial has been trying to get ahold of our major accounts and steal a chunk of our business for years. They’ve been nipping at our heels. If they heard of any black spots in our record, even if it’s just the poor credit and debt of a junior advisor, we’d lose our foothold and number-one spot. Our record thus far is spotless, and it’s because of our quality personnel on every level. We can’t have you handling people’s investments and making recommendations when your own spending is out of control and your credit’s a mess.”

Callie’s back dampens with sweat and her throat goes dry. She’s losing. “But—”

Mr. Bucek raises a hand. “But…I’ll give you this last semester before you graduate.”

Her pulse races and her ears prick at the sound of hope.

“At the end of the school year, as you know, we’ll be hiring one intern to join our team. If you can manage to get your spending under control, pay down some of your debt, and raise your credit score by graduation, the position is yours. Otherwise, we’ll probably give it to Steve.” Mr. Bucek’s lips flatten into a thin line as he glances at the two interns behind her.

Callie’s stomach dips as his words sink in. “That’s only five months,” she nearly chokes. It was impossible.

Mr. Bucek nods. “I know. Remember, you don’t have to be debt-free or have an eight-hundred-plus credit score. Just show significant improvement. That means no more credit cards!” He points a finger at her. “No more charging. No delinquencies. Every dime should be devoted to paying down your debt.”

Callie swallows over the knot in her throat. “And if I can’t?”

He shrugs, and his eyes go soft. “I’ll be sad to see you go, but I’ll write you one hell of a letter of recommendation.”

Nausea bubbles in her gut. She has almost twenty-five thousand dollars in credit card debt, a spending habit that would put Kim Kardashian to shame—and five months to fix the situation. But what choice does she have? She can’t lose this opportunity. Not after all the work she has put into it. Not with the starting salary for a junior advisor at GG being twice that of other companies. Not so close to graduation. And especially not to Steve!

She glances out into the office and sees Steve hovering over the computer, now playing Final Fantasy and laughing like a hyena, his thin wire frames falling off his nose.
Oh, hell no
.

Callie turns her gaze back to Mr. Bucek. She has no idea if she can even do it, and she can feel the new Calvin Klein dress she wanted slip through her grasp as she says, “It’s a deal.”

Five months. Twenty-five thousand dollars. And a lifetime of spending.

Callie sinks into her
M
ini
C
ooper and slams the door. She glances around at the small confines of her car.

See, no excess here.
This is a perfectly normal car. It’s not like I went out and bought a Bentley or anything.

Although that’s because she didn’t get approved for the loan on the car she
really
wanted. But that’s beside the point. The fact is that she can cut back. She can save money, find a way to rei
n
in
her debt. Can’t she?

She exhales a long breath and starts the car. There’s only one thing to do. What she always does when there’s trouble. She needs to go back to her apartment, find Jinny, and hatch a plan.

Thirty minutes later, Callie bursts through the door to the pad she shares with her best friend. The familiar sunny interior, with its yellow walls and brightly colored furniture does nothing to boost her mood. Groaning when she spots Jinny tangled up on the couch with her new boyfriend, Todd, she marches up to them and clears her throat.

Jinny peeks up at her and pushes away from Todd
,
who continues to kiss the air for a moment as if searching for Jinny’s long
-
lost lips before he realizes she has leaned away from him.

“Uh oh
.
” Jinny pushes her dark hair out of her face, and her eyes widen. “You have that look about you. What happened? Did you miss a sale at Macy’s? Michael Kors kick the bucket?”

Callie narrows her eyes and puts her hands on her hips. “Ha-ha. I have a real crisis here and the first thing you do is spit obscenities at me?” She places a hand over her heart, trying not to crack a smile. “I’m hurt, really. And the Michael Kors thing? Cruel.”

The Green Knight by Iris Murdoch
Zoom: From Atoms and Galaxies to Blizzards and Bees: How Everything Moves by Bob Berman
A Wild Surge of Guilty Passion by Ron Hansen
In Blood and Worth Loving 3 Kiss Cover by Marilyn Lee
Just Ella by Margaret Peterson Haddix
Alphas in the Wild by Ann Gimpel
The Murderer's Daughters by Randy Susan Meyers
The Haret (The Haret Series) by Daisy, Denise
A Scandalous Marriage by Cathy Maxwell
True Letters from a Fictional Life by Kenneth Logan