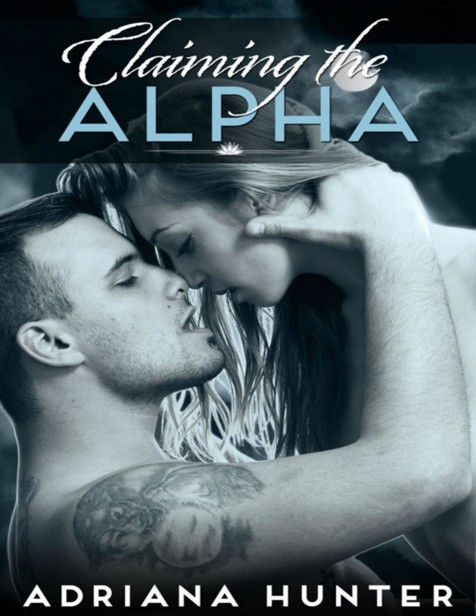 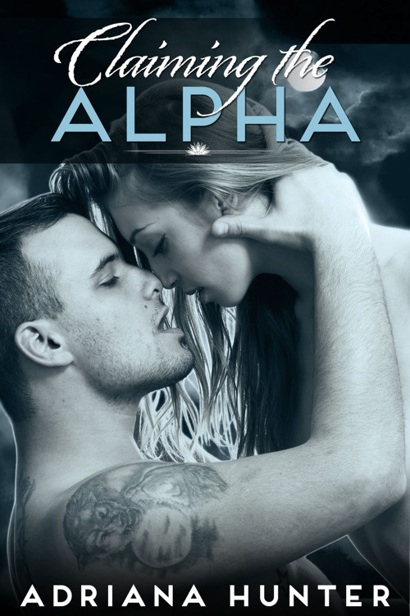 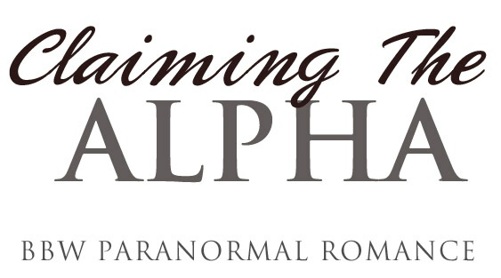 All Rights Reserved. This book contains material protected under International and Federal

Copyright Laws and Treaties. Any unauthorized reprint or use of this material is strictly prohibited. No
part of this book may be reproduced or transmitted in any form or by any means, electronic or

mechanical, including photocopying, recording or any information storage and retrieval system without
express written permission from the author/publisher.

This is a work of fiction. All names, characters, locations and places are solely the product of the

author’s imagination. Any resemblance to actual persons, living or dead, including events, areas, locations and situations is entirely coincidental.

She was still there. He’d told her he was a werewolf and as close as she’d come to bolting, yet she’d

Nikki was curled up on the bed, her head resting in his lap, the blanket pulled over her body. He stroked her hair softly, marveling at a girl who could hear the man she loved was something other than human and

stay with him. It took his breath away.

“Nikki…” She’d been quiet a long time and he wanted to be patient, let her think about what he’d said,

but he wasn’t succeeding. What was she was thinking and feeling? He wanted to know everything that was

going through her mind.

She turned, looking up at him. “Yes?”

“You have questions, you know, you can ask. I know it’s a lot but I want you to…I want to say I want

you to be comfortable with this, but I’m not sure that’s possible right now. I guess I just want you to talk to me.”

“Yeah. I know. It’s mostly just all a big mess in my head right now.” She rolled onto her back, her head

still in his lap.

“Does it hurt? When you change, I mean. Is that the right word?”

“Do you like being a…werewolf?” The word came slowly to her lips and a brief frown creased her

“I do. It’s what I’m meant to be. This human form is…sort of temporary, I guess. But for one night a

month, I change. And it’s when I feel the most free.”

Her frown deepened. “Do you kill people?”

The frankness of her question startled him for a minute, but this was Nikki, and he really shouldn’t

“I have, but a long, long time ago. It’s not something I enjoyed, but in that case it was necessary.”

“It was a wolf hunter, someone out to kill me.” Jax didn’t want to go into detail about his kills now, but he wouldn’t withhold answers to her questions. It would just be easier if she didn’t ask
those
kinds of questions, at least not right now.

“Do you live forever then? Or will you die, like the rest of us?”

“I’m not immortal, but we have the ability to heal quickly, in either form. Bec, my brother, was bitten

that night in the alley. He was the other wolf, the yellow one. You met him here…when he came into my

room after that first night together. His wound has already healed, just a faint scar is all that’s left. And that will soon fade.”

She laughed, a brief harsh sound. “Yeah, I remember him. I get the feeling he doesn’t like me too much

Jax sighed. “It’s complicated…it’s more me that he doesn’t like at the moment. You’re…peripheral. To

He looked down at her. “You’re the center of my life right now, Nikki. Nothing can change that.”

Nikki sat up and knelt next to him, the blanket slipping from her shoulders and pooling around her legs.

“You’re important to me, too, Jax. More than I’ve ever let anyone be.”

“But? I sense something else.”

“Just be patient with me, okay? I want to try to make this work, but…no promises right now.” Her eyes

He reached for her, pulling her against him. “It’s okay. You’re still here and I think that’s pretty

Jax slid down in the bed, pulling Nikki down with him, cradling her against his body. “Nothing else has

changed, Nikki. Nothing. I still think you’re the most beautiful woman I’ve ever seen. I still love you…

before and after. That all stays the same.”

Nikki nodded, her eyes solemn. “I know you do.” She reached for him, kissing him softly but with

She broke away briefly. “Say it again, Jax…tell me you love me. It’s the one thing I can hold on to right now that makes sense.”

“I love you, baby. And I’ll tell you as many times as you need me to.” He kissed her hard, claiming her

Nikki wrapped her arms around his neck and pulled him back down. In the soft light of the room, she

looked so vulnerable and maybe even a bit afraid, and his heart ached with wanting to make this easier for her. But all he could do now was hold her, not push her.

Be patient…I just need to be patient
.

She was moving on the bed, shifting so her body was beneath him. Silently he followed her lead,

settling on top, his legs between hers. Her hips shifted, her legs sliding along his thighs and up his torso.

He took her slowly at first and she was languid and slow, but it wasn’t long before she started twisting

beneath him, her movements becoming rough and aggressive. He braced himself on his hands, looking

down at her, her face twisted in a grimace.

“Harder, Jax. I don’t want to think about anything for a while, I just want to feel.”

“You won’t. Make me forget, just for a minute.”

He pulled away from her abruptly, turning her over onto her stomach after a brief tangle of legs. She

tried to rise up on her hands and knees, to spread her legs. But Jax pushed her flat, his hands on her hips, lifting her up. He propped her ass up in front of him, his legs spread, holding her legs together with his knees.

She looked at him over her shoulder, breath rasping from her throat.

He took her quickly, the weight of his body giving him momentum, his thrusts hard and fast. She cried

out and he grabbed a handful of her hair, tugging her head back. Nikki spread her arms, grabbing the

sheets, her hands curled into fists.

Each thrust brought him closer, drove him further into her warmth and wetness. He gritted his teeth,

holding himself back, waiting for some kind of sign from Nikki she was close. He didn’t want to deprive

her again, and he sensed she needed this, needed the force of his thrusts to drive all conscious thought from her.

When she came, it was hard and fast. Her body convulsed from her center, her hips jerking forward,

pulling him down with her. He braced his knees on the bed, still thrusting as she cried out beneath him. The contractions of her body around his cock grew stronger and every cell in his body screamed for release. His breath tore from his throat, the fire in his lungs matching the heat in his balls, flooding up the shaft of his cock, inevitable and unrelenting, and utterly beyond his control.

Then there was no holding back for Jax. Everything spun out of his control and he thrust hard into a

gasping Nikki, short sharp jabs as his body took over, his hips finding an erratic rhythm of their own. Her cries faded as his growls increased, as he tipped his head back and shouted his ecstasy.

When there was no more left in him, he collapsed on top of her, his sweat-slicked chest pressed against

her back, his cock sliding out of her heat and wetness. He pressed himself against the soft giving flesh of her hip, his hips still flexing forward, his body not yet ready to relax.

His arm was around Nikki’s shoulder and slowly her begin to shake beneath him. He moved to her side,

rolling her back against his chest. She looked up at him, tears streaming down her cheeks.

“Nikki. Are you okay? Did I hurt you?” His chest tightened at the thought, and his eyes traveled over

her body, not sure what he was looking for.

She shook her head. “I…I’m okay. You didn’t…” Another sob shook her. “I think I just need a good

She curled against his chest, her sobs deepening. He held her, rubbing her back and stroking her hair, at a loss as to what to say. There was nothing he could do but wait for this storm to pass.

Nikki’s sobs trailed off to occasional hiccoughing breaths and then sometime later she was still. Her

breathing deepened and Jax realized she was asleep. Gently, trying hard not to wake her, he pulled the

blanket over their bodies. She stirred briefly against him, looking up at him with sleep-dreamy eyes.

“Thank you, Jax. I really do love you.” Her eyes were closed again before he could ask what she was

Nikki watched Jax sleep for a while, his face relaxed, one arm curled loosely around her waist and she

carefully slid from beneath him, sitting up against the head of the bed. The sun was shining through the

window and Jax’s hair caught the light, so black it looked almost blue.

He stirred and opened one eye, looking up at her.

“Hey. Morning.” He stretched, the sheet falling away from his chest and arms, revealing smooth skin

over taut muscles. It was hard for her to imagine him as anything but the Jax she knew, even though she’d seen him as a wolf.

“You okay?” He reached for her hand, kissing it and then sitting up next to her. He wrapped an arm

around her and she rested her head on his shoulder.

He hugged her briefly. “I know. And I’m sorry. There’s no easy way to explain all that I am, but you

deserve to know the truth. I want you in my life, but I couldn’t keep what I am a secret and have you, too.”

“I know. And I’m glad you told me…really. It’s more than I get from most guys, and when they’re

honest, it’s usually to tell me they’re married.” She laughed softly. “This was by far the strangest thing I’ve been told, by any guy.”

“I’m sure it is. Are you okay…otherwise? Did I hurt you…the last time?”

La última batalla by C.S. Lewis
Marrying Maddy by Kasey Michaels
Get It Done When You're Depressed by Julie A. Fast
Let Sleeping Dogs Lie by Suzann Ledbetter
The Lawyer by Bright, Alice
March Toward the Thunder by Joseph Bruchac
Married Woman by Manju Kapur
Tackled (Alpha Ballers #1) by Lucy Snow
The Tenth Justice by Brad Meltzer
Saving Faith by David Baldacci