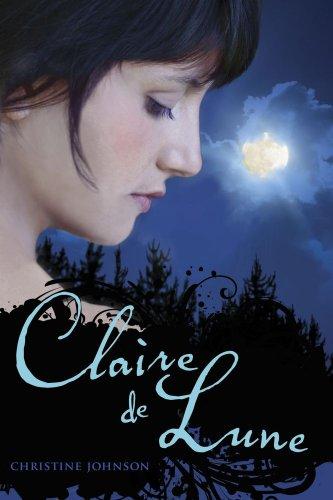 This book is a work of fiction. Any references to historical events, real people,
or real locales are used fictitiously. Other names, characters, places, and incidents are
the product of the author’s imagination, and any resemblance to actual events or locales
or persons, living or dead, is entirely coincidental.

For information about special discounts for bulk purchases, please contact

The Simon & Schuster Speakers Bureau can bring authors to your live event.

For more information or to book an event, contact the Simon & Schuster Speakers Bureau
at 1-866-248-3049 or visit our website at
www.simonspeakers.com
.

The text of this book was set in Adobe Caslon Pro.

and when her mother reveals their family secret, which explains the changes,

Claire feels her world, as she has known it to be, slowly slipping away.

For my husband, Erik,
whom I love beyond description

SHE KILLED HIM
in the darkest part of the night, before the dew had settled on the grass.

It was easy. He came to the window when she’d tapped her claws against it. It was exactly what she’d hoped he would do. Sliding up the square of glass. Sticking his head out to investigate. Like an idiot. Like prey.

One less moron in the world.
She licked the blood off her mouth, the coarse whiskers sliding against her tongue.

He didn’t even have time to scream.
He was no different from any of the others. His eyes had gone round as coins, his cheeks turned fish-flesh white.

It was when their mouths made that terrified
O
that she sprang.

It was the perfect moment. They saw her coming for them. They knew what was about to happen. But none of them ever had a chance to make a sound.

Except when their necks snap. That makes a sound,
she mused.

She’d expected to feel more fear, breaking the rules like this. Instead, she’d discovered that she liked it. The power of deciding who and when. Letting her instincts take over without worrying about the consequences.

After all, she wasn’t the one who would take the blame for killing these sad little rag-doll humans. She wouldn’t get caught—she was too good. Too careful.

It was the other one who would pay.

Dizzy with success, tantalized by the so-close gleam of revenge, she disappeared back into the woods.

T
HE
SMOOTH MIRROR
of the pool’s surface shattered as three boys cannonballed into it at the same time. Shrieks erupted from the cluster of girls who got splashed.

“Claire, this is the
best
party!” Emily gushed, nibbling on a potato chip.

Claire scanned the crowd in her backyard. Bikini-clad girls and soaked boys in swim trunks perched on the patio furniture, drinking soda and laughing.
Anyone’ll come to your party if you have a pool,
she thought. She scratched the backs of her hands against the sharp edge of the table and wished they’d quit itching. It was like the worst poison ivy ever, only
there weren’t any bumps and it wasn’t red.

“Yeah, I guess,” she said. Claire had known most of these people since elementary school, but aside from Emily, she had never been close with any of them. It was the hottest June since 1910, and the huge pool in her backyard had made Claire instantly popular. Which still wasn’t saying very much—more than a few people at the party had been surprised to find out it was Claire’s birthday.
Oh, well, I guess having people come just to use the pool is better than not at all. Yep. That’s me—glass always half-full.
She sighed.

“What do you mean, ‘I guess’? Aren’t you having fun?” Emily’s mouth curved into a worried little frown.

“But they’re here, right? And I heard Yolanda saying that she’d missed you since school let out. People do like you, Claire. You just don’t want to believe it.”

Emily grabbed another chip. “So, you really didn’t get a car, huh?”

“Nope. I was hoping Mom was just trying to make me
think
that she was leaving me stranded, but I got a pair of sapphire earrings from her this morning, so I think she’s serious.” Claire rolled her eyes. It wasn’t like they couldn’t afford for her to have her own car. Her mom just didn’t think she needed one.

Claire’s ears itched like they were on fire, just like her hands, and she pushed back her shiny brown hair so she could rub them.

“What are you
doing
?” asked Emily. “Matthew is totally watching you! Act normal!”

Claire dropped her hands, feeling the tingle of a flush in her cheeks. Matthew Engle gave her a little wave, and rolled his eyes in the direction of the giggling group sitting behind him. She smiled at him, and he grinned back. A shock of electricity shot through her as he motioned for her to come over. Besides being one of only two guys in the entire school who wasn’t an immature jerk, he was cute. Really cute. Turn-your-brain-to-mush cute.

“It’s not like I have a chance with him, anyway,” Claire said, turning back to Emily.

“Of course you do! You’re smart, you’re funny, and you look totally amazing in that bikini. You definitely need to go talk to him.”

“Only if you come with me.”

“Oh,
fine.
But you don’t need me. You’d be okay on your own.
”
Emily grabbed her soda and pulled Claire to her feet.

Claire took a deep breath and strolled over to Matthew.

“Hey.”
Wow, Claire, way to impress him with your conversational skills.

A shriek erupted from the other side of the circle of deck chairs, buying Claire time to think of something half-intelligent to say.

“Oh, ewwww! I am so serious—I don’t want to hear any more.” Yolanda Adams slapped her hands over her ears and turned away from the group.

Dan Maxwell glanced at her. “The last guy who got killed by the werewolf ? Turns out it crushed his skull. One of the other ER nurses told my mom about it. His brains were oozing out all over.”

“Dude, shut
up
.” Matthew shook his head. “Didn’t you just hear Yollie say she didn’t want to hear about it anymore?”

“Right,” said Emily. “Like there’s anything else to talk about in this town.”

The werewolf was all over the news—in the last month alone, it had killed three people. No one went out after dark anymore. Werewolf attacks were the sort of thing that happened once in a while in Eastern Europe, maybe, or rural Japan, but in the United States they had become as rare as an outbreak of cowpox.

Emily turned to Dan. “Even if Yolanda won’t listen to your gory details, I’m always up for insider information.” She grabbed a handful of pretzels and arranged herself next to Dan. Emily made it look so easy. Claire watched her best friend flirt effortlessly with a guy who wasn’t even her type. Emily only got serious about guys who wore a lot of black, looked sort of unwashed, and were totally into art.

Claire turned back to Matthew, wishing that she had Emily’s confidence around guys. She glanced at the empty plate beside him.

“So, um, have you tried the salsa yet? Lisbeth makes it from scratch.”

“No, but that sounds great. Come on, I need another drink, anyway.”

Matthew grabbed Claire’s hand and pulled her over to the food table. The press of his warm skin against her palm made Claire dizzy, even after he’d let go.

“You probably hear enough about werewolves at home, huh?” she asked him, scratching her earlobe. Again.

He shrugged. “Dad’s spending so much time at the lab and on TV, he really hasn’t been around much. He’s dying to get into Lycanthropy Researchers International—he’s been getting a lot of crap from the media about how he’s not as qualified as the other members of the Federal Human Protection Agency. He’s convinced that this new case is going to be his ‘big break.’” Matthew sounded irritated.

Claire raised an eyebrow. Dr. Engle was leading the hunt in Hanover Falls for the werewolf. It was part of his job for the FHPA—the whole agency was all about researching werewolves and stopping attacks on humans. Claire had seen him on TV a ton, especially lately. He always said the same thing during interviews: “I am honored to be able to help my own hometown in its hour of need. Hanover Falls is currently the
FHPA’s top priority, and I will make sure it stays that way until this situation has been resolved.” Then he would adjust his tie. Every time. He creeped Claire out.

“My mom isn’t home much, either,” she offered.

Matthew looked at her, his warm brown eyes locking onto hers.

“Yeah, she just had that big shoot in Greece, right?” he asked.

Claire nodded, amazed that he’d remembered. Her mother spent at least one week every month, usually more, traveling for her photography. Travel magazines, art-book publishers, galleries—they all wanted Marie Benoit behind the camera. Claire didn’t mind all the trips. Things were actually easier, more relaxed, when her mom wasn’t home.

“Okay, everyone, time for cake!” Claire’s mom called, sticking her head out one of the back doors.

She stepped out, holding the door for Lisbeth, the latest in the long line of au pairs who stayed with Claire while her mom traveled. No one else had lasted more than a year, but Lisbeth had been with them since Claire was thirteen. Claire loved Lisbeth, even though she wished her mom would realize that she was too old to need someone around all the time. It was one thing for Lisbeth to be there when her mom took long trips, but surely Claire was old enough to come home to an empty house in the afternoons. But if her mom didn’t think that sixteen was old enough to get a car, then she probably wouldn’t
listen to Claire’s ideas about how much supervision she needed from Lisbeth, either. At least having Lisbeth meant not having to ask her mom’s permission all the time, and Lisbeth wasn’t nearly as strict.

Hollywood by Gore Vidal
The One We Feed by Kristina Meister
Tread Softly by Ann Cristy
The Quiche of Death by M. C. Beaton
Matchmakers 2.0 (A Novel Nibbles title) by Geary, Debora
Knockemstiff by Donald Ray Pollock
Self's Murder by Bernhard Schlink
Of Shadows and Dragons by B. V. Larson
Kissed By A Demon Spy by Kay, Sharon
Quartered Safe Out Here by Fraser, George MacDonald