Clash of the Sky Galleons 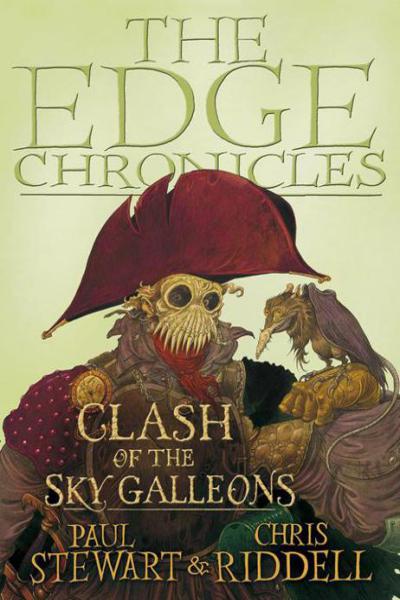 • CHAPTER SEVEN • THE BANE OF THE MIGHTY 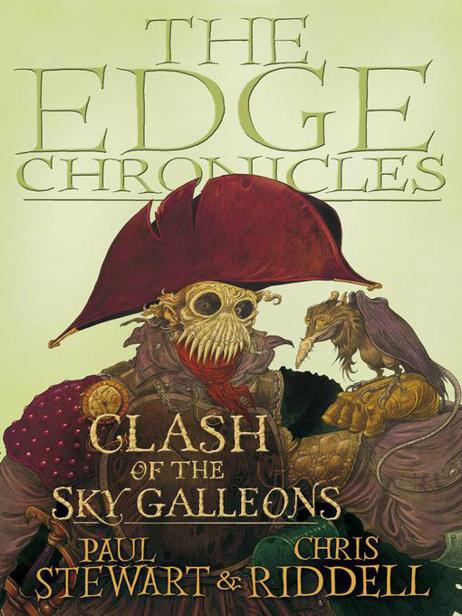 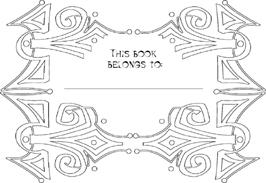 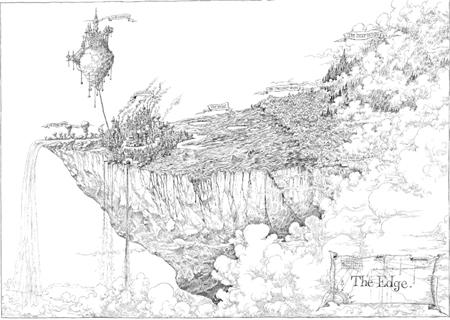 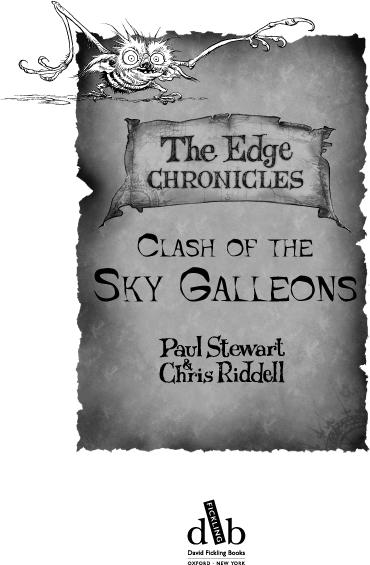 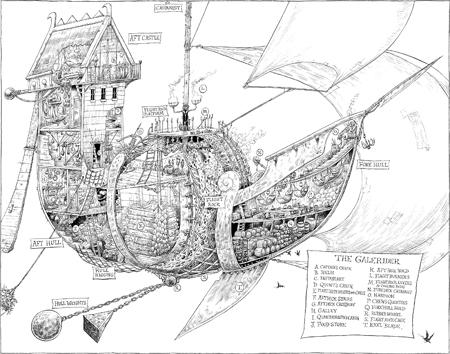 It is well to remember one thing about the Edge. Nothing is ever what it seems.

Nowhere is this truer than in the beautiful yet perilous Deepwoods. The fruit of the rosy heartapple, for instance, is sweet, juicy and fragrant, yet a single bite of its golden flesh is enough to strike its victim dead, the corpses round its trunk nourishing the treacherous tree and helping it to grow taller and still more alluring. Likewise wig-wigs. At first sight, these soft, fluffy, orange creatures look cute and harmless. But in an instant, they can part their fur to reveal jaws like bear-traps, and in frenzied packs they devour their prey in a matter of seconds.

Then of course there are the banderbears. With their great curved claws and huge glinting tusks, these massive monsters are indeed ferocious if provoked -yet take the trouble to look behind that terrifying exterior and you will find one of the wisest, noblest, most loyal creatures in all the Edge.

If the Deepwoods is a place of danger and deception, then other parts of the Edge are yet more treacherous. The Edgelands for instance, with their howling winds and swirling mists, are home to the phantasms, wraiths and strange restless spirits that prey on any who stray there; while the seemingly beautiful and enchanting Twilight Woods are more dangerous still. Here, the eternal half-light of the forest robs those who enter it of their thoughts, their memories, their senses, their minds - and yet refuses to let them die, no matter how hideously decayed they become.

It is, however, beyond the Mire - a vast wilderness of shifting mud and towering dunes, deadly blowholes, sudden mudslides and loathsome scavengers - that perhaps the most insidious dangers of all lie. Here, where tribes and races from all parts of the Edge gather on the very lip of the world, are to be found the mighty twin cities.

Above is Sanctaphrax, the great floating city, with its ancient academies and learned scholars, its fabulous towers and astonishing viaducts. Below lies Undertown, a vast sprawling city of foundries, markets and sky-shipyards; of squalid slums, crowded taverns and magnificent palaces of unsurpassed wealth and opulence. In the twin cities, the unwary and uninformed do not last long. It is essential to keep your eyes and ears open; to learn how things are - and fast!

Learn, for instance, how the proud academics jealously guard their right to harvest the flight-rocks from the Stone Gardens, a place where trespassers face death. Learn also how the Leagues control everything and everyone in Undertown, and would control the sky itself if only they could. To cross a high-hat leagues-master means death at the hands of a waif assassin - or worse. Yet there are a few who dare to challenge the Leagues of Undertown and their cosy relationship with the academics of Sanctaphrax. 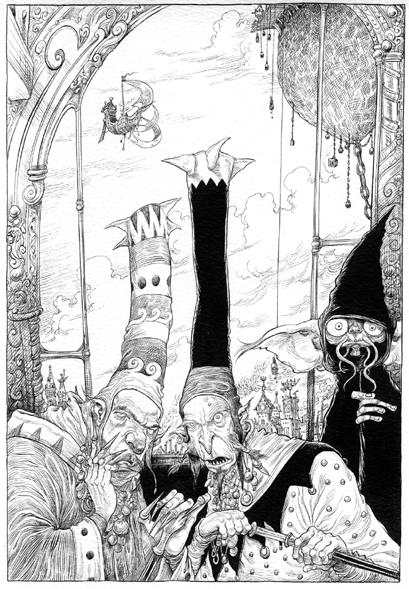 Listen in the refectories and cloisters of Sanctaphrax as professors whisper of it. Linger in the taverns of Undertown as sky pirates discuss it. Loiter at the gates of the sky-shipyards, where the yardmasters and their shipwrights talk of little else. There is danger in the air. A great showdown is coming; a reckoning. Everyone senses it. Yet the foundries and workshops bustle with industry as normal, the cradles of the sky-shipyards are full of ships under construction, and the academics await another rock harvest just as they always have.

But it is well to remember one thing about the Edge. Nothing is ever what it seems …

The Deepwoods, the Stone Gardens, the Edgewater River. Undertown and Sanctaphrax. Names on a map.