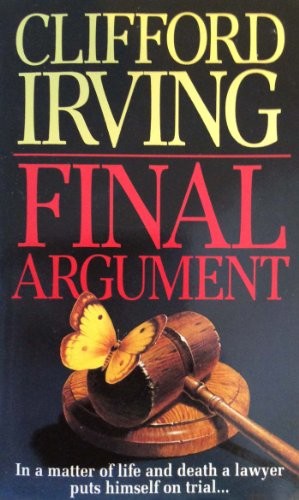 A TIME CAME when my wife and my law partners were convinced I was going crazy, and the best I could reply was, “I hope not.” That was a year ago. I was forty-eight years old, I had worked hard, I had almost everything I wanted, and once the economy recovered I would achieve the rest. Or so I believed.

In the late afternoon of a golden winter day, I gazed out my office window at the warm waters of Sarasota Bay and, beyond it, the Gulf of Mexico. The bay spread itself before me like an enormous billowing blue skirt… a skirt I would have loved to dive under. But the pink message slips were piling up.

With the light waning, I turned on a brass lamp. I was reaching for a copy of
Florida Rules of Court Service
when the intercom buzzed with the call that would change my life.

“Ted”—the nasal voice belonged to my secretary, Ruby—”a guy named Elroy Lee is on the line, collect. From the jail. He’s in there on a possession charge. Says he met you up in Jacksonville years ago, but from the way he talks, it doesn’t sound likely. Shall I pass him along to one of the associates?”

I looked again at the bay, where a few homebound sailboats had spinnakers set before a light breeze. My vantage point was a fifth- floor office at the downtown firm of Royal, Kelly, Wellmet, Jaffe & Miller. (I was Jaffe.) The floor of the office was soft Spanish cork, the walls oatmeal-colored burlap. The teakwood desk was shaped like a boomerang. Azure light bled through hurricaneproof glass into an interior coolness. Twelve years earlier, when I joined the firm, I’d designed all this: custom-built stereo, Florentine leather chairs with hidden steel supports for the lower back, even an Italian espresso machine in a corner under my diplomas and awards and the Frida Kahlo oils I’d bought in Paris. It was the office of my dreams.

I was senior litigator at Royal, Kelly, one of the best and priciest firms on the west coast of Florida. But two years before, we had invested heavily in one of our clients’ luxury condos on Longboat Key, the sandy sliver of high-priced real estate where my wife, Toba, and I lived. In the gloomy depths of what we still called the recession, the rentals dried up like old leather. At last week’s partners’ meeting to split up the pie for fiscal 1990—91, Harvey Royal had announced that after the basic draw, which guaranteed each of the five partners a salary of $200,000, there would be no pool money to split.

“We’re hurting,” Harvey said, “and we need clients. Bear that in mind, gentlemen and madam, when you think about taking off early to the golf course.”

Apropos, Barry Wellmet told a new lawyer joke. “What can a duck do that a lawyer can’t?”

Heading for the door, I growled, “Shove his bill up his ass.” My son had told me that one.

So when my secretary buzzed through to me that an unknown man named Elroy Lee was on the line from Sarasota County Jail, I said, “I’ll take the call, but hang on a minute. Tell me why you think it’s unlikely that this guy knows me.”

I had known a lot of sleazebags during my ten years as a state prosecutor in northern Florida. Come to think of it, I still did, except now they were executives of corporations. But sleazebags need lawyers too. Maybe more than most people.

“Put him through, Ruby.”

In a few seconds a hard-edged southern voice came on the line. “Mr. Ted Jaffe?”

“For starters, you can get me out of jail.”

“Possession of cocaine in my vee-hicle. Third-degree felony. I got one or two prior convictions.”

“I’m from Duval County, right? I remember you from up there when you were top dog with the state. I had this bad luck down here, so I’m looking through the yellow pages for a lawyer, and there’s your name. Recollected it right off the bat.”

“You’re sure that you don’t want the public defender?”

I looked at my watch. “I’ll be over to see you between nine and ten o’clock tomorrow morning.”

“What’s so danged important you can’t help a man out who’s got real serious asthma and a pulse bladder, and he’s scared to death of what might happen in a cell with a buncha bad people he don’t know?”

“Nothing, except that my wife and I are invited to a lobster barbecue in exactly one hour. What’ve you got to offer me that’s better?”

The truth made him chuckle. “You don’t have thirty minutes, for chrissake? Your danged lobster’s more important than a man’s health and welfare? What kind of a lawyer are you?”

“A realistic one. And one who loves lobster. This isn’t crayfish, Mr. Lee. This stuff’s flown down from Maine. You’ll get through the night. You’ve had practice.”

But then I glanced up. Above the shelf of books that contained
Moore’s Federal Rules of Criminal Procedure
and
West’s Florida Criminal Laws and Rules
—what we called the Bible—was a framed cartoon that I’d clipped from a law journal. It showed a shark about to chew up a grouper, which in turn was about to swallow a minnow, which in turn was about to gobble up a worm. The shark was saying, “There’s plenty of justice.” The grouper was saying, “There’s some justice.” The minnow was complaining, “There’s no justice,” and the worm was crying, “Help!”

I had a flare-up of compassion for the downtrodden of the species. So to the worm who called himself Elroy Lee, I said, “Tell you what I’ll do. You remember what we used to say up in Duval County?”

“ ‘When you’re up to your neck in shit, pardner, don’t open your mouth.’ You keep yours shut for another twenty minutes, and I’ll drop by and see if I can get you off the hook.”

I met him in one of the lawyers’ visiting rooms at the Sarasota County Jail. He was a lean white man in his early forties, with thinning sand-colored hair and cold green eyes. A gap between his two front teeth made him look like a squirrel, and he had a rodent’s alert expression and quick, furtive movements.

The charge against him was possession with intent to deliver, a second-degree felony—a little more serious than he’d suggested over the telephone. Truth behind bars is as rare as snow in the Gulf of Mexico.

Elroy said, “This is a weird town. I got here like about a week ago? You want to hear what happened?”

“If it’s got to do with your case, yes. My lobster’s getting colder by the minute.”

He ignored my plea. “I get to town, I gas up my car at an Exxon, the self-service part, and on the other pump is an old guy wants to save a few nickels. Except his wife’s at the wheel of this ‘69 Mercedes and she backs up, maybe get it more into the shade, who the fuck knows—she doesn’t see him, she drags him fifteen feet. And he’s
dead.
It’s the first fucking thing I see when I get to Sarasota!”

“Elroy,” I said sharply, “let’s talk about possession with intent to deliver.”

“Then I see on TV that an eighty-four-year-old guy at the airport plows his Caddy into a bunch of people getting their suitcases—he kills a woman, puts three more in the hospital. What is this place, a war zone for senior citizens?”

I explained to Elroy that in some parts of geriatric Florida you were in the greatest danger stopping for a red light or going through a green light, and he brayed a laugh.

“Tell me what happened to you,” I said, my patience about to flee.

A few days ago, he explained, he was riding along on Route 41 in his Olds Cutlass, and at a stoplight two cops waved him over to the curb. They searched the Cutlass, found cocaine in the trunk. Not crack cocaine, just powder.

He didn’t think so.

“Did they ask your permission to search?”

“A paper bag, with twenty-eight little plastic Baggies inside it. Each Baggie’s got a gram, so that’s twenty-eight grams.”

“You’re lucky. One more gram and it would’ve been trafficking, and that’s a first-degree felony. The bond would have been fifty thousand dollars, and they could have added up your priors and given you a habitual-offender classification. The deep weeds, Elroy. As it is, it’s still possession with intent to deliver.”

From my client’s studied silence at the receipt of this information, I deduced that he was a veteran and knew all that I’d told him and plenty more. You couldn’t call it luck that he was carrying one gram less than was required to merit the graver accusation of trafficking.

I was already regretting having taken the call. This was the kind of man I used to prosecute with some degree of pleasure.

“Elroy, I’ll want to know where that car’s been for the last seventy-two hours and exactly when it’s been out of your sight and control. And I’ll need to know if any reliable witnesses can confirm what you tell me. Reliable, like church deacons and schoolteachers. My fee is seven thousand five hundred dollars, and my firm’s policy on collection is simple. You pay it in full up front. Then neither of us has to worry about it later.”

He looked unhappy. “Mr. Jaffe, I haven’t got that kind of money.”

I could smell his sweat and the sweat of a hundred other men who had sat in his chair. Elroy dug an asthma inhaler from the pocket of his jailhouse khakis and puffed on it twice. I was meant to feel sympathy, I realized. Criminals just never could figure out why lawyers didn’t trust them.

Elroy’s pale eyes narrowed. “I can’t do any more time. I told you, I got a pulse bladder. It’s like a cyst, but it’s choking the artery to my balls, and it hurts most all the time. That’s from getting kicked by cops, catching the clap and herpes and shit like that.”

I may have edged my body slightly away from him.

“You think a pulse bladder is infectious, Counselor? You think if I breathe on you, maybe you’ll get herpes?”

“I can think of better ways of catching it than getting breathed on by you,” I admitted. And I kept my distance. You never knew what horrible discovery you were going to read about next week in the medical section of
Time
or
Newsweek.

Did he think I was Nostradamus? The system had so many holes that anyone could slip through it. A good lawyer made a major difference, and in a simple criminal case I received what was known as a “former prosecutor discount” when it came to the sometimes tasteless sequence of plea bargaining with the state attorney’s office.

“You might do a nickel,” I said. “The way they’re jammed up at the state prison you’ll be back on the street in ten or twelve months. That’s a bargain, my friend, for twenty-eight grams of white lady.”

“What if I take my best shot at digging up the fee and it don’t work out?”

“Back to the yellow pages, Elroy.”

Love & Lies: Marisol's Story by Ellen Wittlinger
Natural Evil by Thea Harrison
Trouble with Luv' by Pamela Yaye
Spinning the Globe by Ben Green
Malgudi Days by R. K. Narayan
Rabid by Jami Lynn Saunders
Chase the Road (A Brothers of Rock - GONE BY AUTUMN - Novel) by Karolyn James
Shadows of Doubt by Corcoran, Mell
Misery Loves Company by Rene Gutteridge
Because You Are Mine Part I by Beth Kery