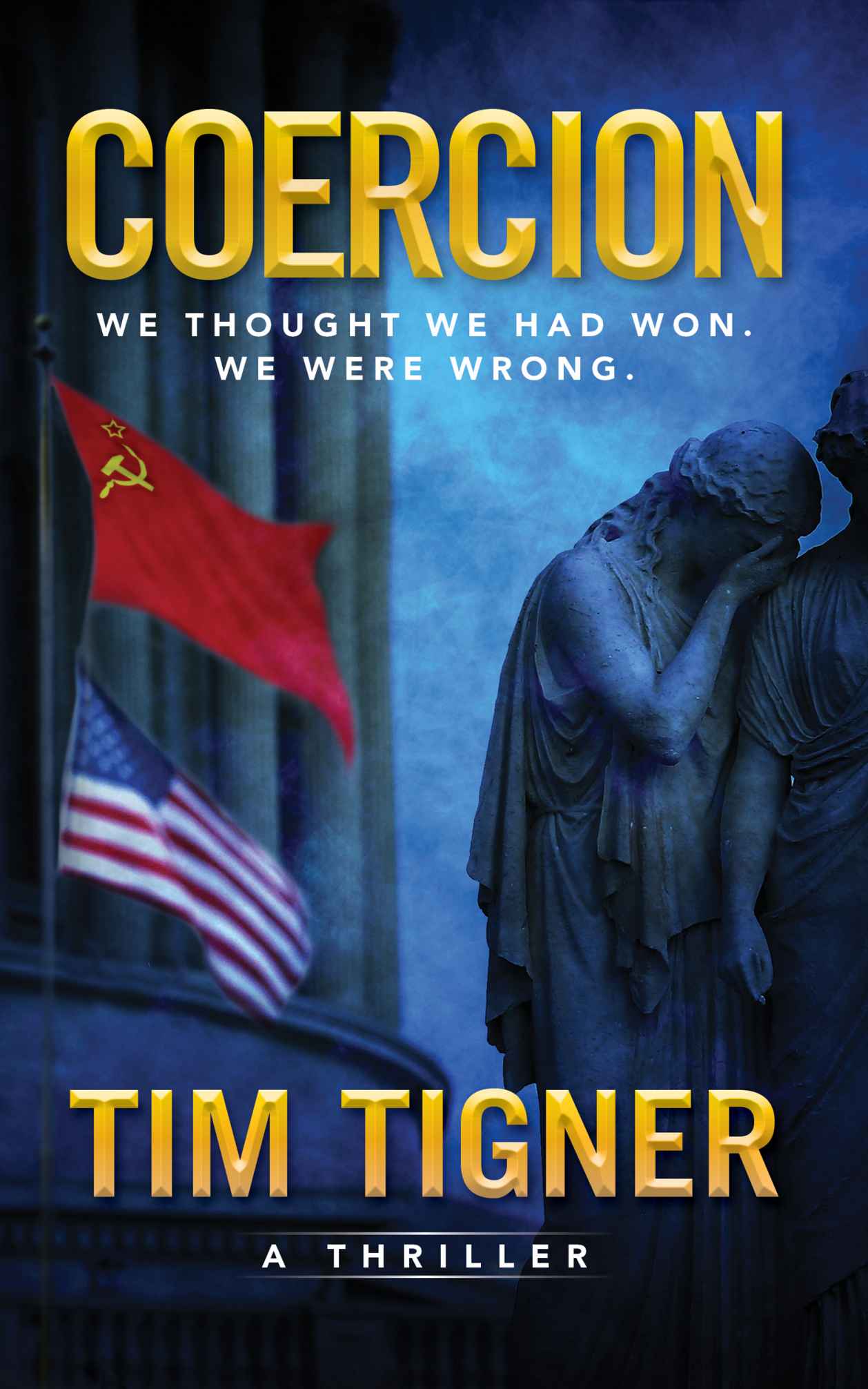 –Randy Johnson of the Vine Voice

“With the thrill of Vince Flynn, the craft of Daniel Silva and a whole combination of the best suspense/thriller writers, Tim Tigner is all Tim. Wow.”

“I like Tim Tigner's writing. He knows how to build suspense, ramp up the action, and keep it all rolling smoothly along. I was almost sorry to reach the end
.”

–Randy Johnson of the Vine Voice

“Not a moment goes by till the end of the book when readers won’t be shocked, surprised and delightfully entertained.”

“The action is non-stop. The premise is good. The writing is fresh, clean and detailed.”
— William D. Curnutt of the Vine Voice

Action, adventure, villains, good guys, interesting places and a love story. Get Flash and read it for a fun time you will tell others about!
— John Mariotti, Author of The Chinese Conspiracy

“This suspense thriller kept me on the edge of my seat, biting my nails reading with anticipation. I loved every second of this book, especially the characters witty personalities.”
— StuffedShelves.org

All rights reserved, including the right to reproduce this book or portions thereof in any form whatsoever. For information address Vontiv Publishing via vontiv.com

Also available in Paperback and as an Audiobook in 2014.

For more information on this novel or Tim Tigner’s other works, please visit timtigner.com

This novel is dedicated to my beloved wife Elena, whose support and sacrifices ma
de it, as all things, possible.

Stepashin, Igor
: KGB General and head of the Guards Directorate.

Yarik
: KGB General and Head of the Executive Action Directorate.

“Politicians and economists generally agree that at the core of the malaise is the accumulated damage of 70 years of central mismanagement.”

Serge Schmemann, The New York Times, Page A1
[i]

The door closed behind them with a hiss.  General
Vasily Karpov knew it was the hermetic seal, but he couldn’t help feeling that the room was scolding him for what he was about to do.

He looked up at Yarik for support—the giant was a pro—but the steely stare coming back at him was somehow more disturbing than the images
Vasily sought to drown out, and he looked away.  Vasily appreciated Yarik’s point of view, and respected the enforcer’s binary code of ethics, but as a chess grand master he had a hard time reducing things to a simple them-or-us.  He wanted to do better.

In contrast, Igor’s face showed
a calm, supportive resolve.  It meant little to Vasily.  As a diplomat, Igor always reflected the appropriate emotion.  To know his true state of mind you had to look deep.  Vasily chose not to look.  There was no sense muddying the waters.  This might be a classic moral conundrum, but it was hardly a dilemma.  The needs of the many did outweigh the needs of the few.

Vasily
felt compelled to demonstrate leadership, to make a meaningful speech about posterity and sacrifice, but there was no room in that sterile corridor for such big words.  Instead, he looked down at the clacker in his hand and thought about the future—first the country’s, and then, with mixed feelings, his own.  Murder changes a man…

Vasily
could not see or hear what happened after
clack
, but as the head of the KGB’s Scientific and Technical Directorate, he knew how Noxin nerve gas worked.  The moment he closed the door he found himself picturing the scene.  It was as though he were still in the room.  Perhaps he sensed that a part of his soul always would be.

The six scientists and engineers are shaking hands and patting backs
, he imagined, congratulating each other on the successful completion and flawless presentation of the Peitho Pill.  It is a feel-good moment and they are justifiably proud, having dedicated eighteen months of their lives to secretly developing their general’s audacious invention.

Then a whiff of gas turns euphoria to hysteria with the shocking speed of a lighting strike.  Adrenaline floods their systems like a tidal surge as their limbic minds register the alkaloid scent, but by the time the
impulse travels to their conscious minds, it’s already too late.  The crushing hyper-constriction of their diaphragms cannot be reversed.  Emptied lungs will never fill again.  Noxin will not be denied.

Vasily
bowed his head and clenched his eyes, but the images kept coming.
The futile gasps, the grimaced lips
…  He opened his eyes and tried to focus his mind on the cascading numbers of his digital watch.  He had known all along that this day would come.  Fifty-eight, fifty-nine, sixty—sixty seconds since
clack
.
By now Kiril has paired up with Dima, Oleg with Anton, and Vanya with Mark.  They’re frantically pumping each other’s chests—desperate minds grasping at feeble straws.  As professionals, they know it’s pointless, but as family men, what alternative do they have?  They will keep at it until splintering ribs puncture starving lungs or exhaustion overtakes them
…

Vasily kicked the corridor’s stainless baseboard.  “No matter.  They’re martyrs now, even if only we three will ever know.”  Yarik and Igor cocked their heads, but Vasily paid them no heed.  He had not meant to think aloud.

It was true, he thought.  The sacrifice those scientists were making here today gave him the exclusive use of the Peitho Pill, and with it the power to heal their ailing nation.  The Soviet Union was in desperate need of a viable economic system, and Peitho empowered
Vasily to create one.  What were half a dozen lives in comparison?
You were born with the courage, you developed the plan, and now, damn it, you’ve acquired the tools
.

Vasily
stopped pacing the corridor and checked his watch again.  It would take another ten minutes for the laboratory’s advanced ventilation system to scrub the Noxin from the conference room’s air.  Then the three general officers could reenter, retrieve all the Peitho Pill materials, and replace them with ones from the Noxin nerve-gas project.  The cover-up would be as airtight as the conference room, and Peitho would be theirs alone.

Igor interrupted the silence.  “You’ve really outdone yourself,
Vasily.  You told us it was going to be huge, but this … this project is spectacular.  The concept is simple and the presentation was clear, but I still questioned my ears.  The opportunities Peitho presents are limitless.  We’ll be able to control anyone, get anything—”

“And do it secretly,” Yarik interjected.  “Wish I’d thought of it.”

Vasily stopped pacing and looked up.  If his friends were not distracted by sentiment…  He felt the fire re-igniting in his eyes, like the pilot light on a blast furnace.  “I have the advantage of seeing a lot of gadget and gizmo proposals in the course of my job.  One of them got me thinking.  It was a special bomb, a bomb designed to blow up a car at the prompting of a radio signal.  It was the size of a pea,” he held up his thumb and index finger in the tiny sign, “small enough to slip into a car’s gas tank.  That was the mental trigger, the size of the thing.  I reasoned that if you paired-up one of its miniature radio receivers with a drop of cyanide, you could then threaten to do the same thing to a person—terminate him at will, I mean.”

A flash of understanding shot across Yarik’s face.  “But we won’t use it for that, for termination, will we
Vasily?”

They both looked at Igor.  It took the diplomat a moment, but he got it.  “Right…  Like a nuclear device, the threat is what counts.”  Igor began nodding his head.  “Tell me, why
Peitho
?”

“Peitho is the Greek goddess of persuasion.”

“The Greek goddess of persuasion … divine coercion … clever ...” Igor stopped nodding and canted his head.  “There’s still one functional aspect I don’t fully understand.  If Peitho is to be used for persuasion, rather than assassination, then the victim has to believe that you truly have the power to kill him at will.”

“But at the same time we all agree that Peitho has to be kept secret, so we can’t explain it to him.  My question is this: Short of killing him, how do we convince our target we have that power?”

“Ah, my friends,” Vasily said, as his eyes began to glisten.  “That is where we have to get creative…”

Temperature's Rising by Karen Kelley
Just for You by Rosalind James
A Ghostly Grave by Tonya Kappes
Dante (Blood Brothers Book 5) by Eve Vaughn
A Hero's Bargain by Forrest, Rayne
Rock 'n' Roll by Tom Stoppard
Broken Surrender by Lori King
Sticks and Stones by Kerrie Dubrock
I've Had It Up to Here with Teenagers by Melinda Rainey Thompson
The Birthgrave by Tanith Lee