Read Come As You Are Online 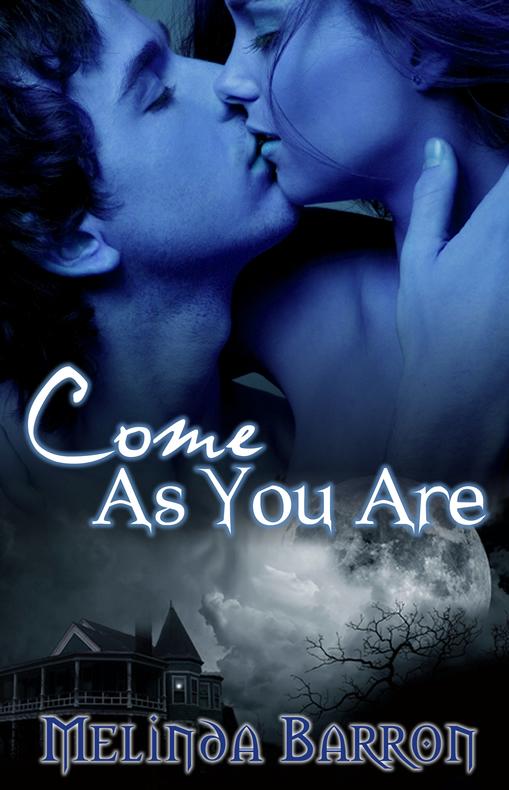 Warning: All rights reserved. The unauthorized reproduction or distribution of this copyrighted work is illegal. Criminal copyright infringements, including infringement without monetary gain, is investigated by the FBI and is punishable by up to 5 years in federal prison and a fine of $250,000.

Special thanks to Tiff, for her patience and friendship.

“We are such stuff as dreams are made on…”

Oh so beautiful, this one

She warms my soul and gives me hope

Could she be the one?

Yes, I believe she is, in one form or another

Either she’ll gift me with her life

Or she’ll provide me with my heart’s desire

So hard to tell which one I would like best

It’s always such a pleasure to watch them die

But the sweet morsel lying beneath me right now

It would be a waste of her warm and willing body

Do not fret so, all will be well

Tempest Gandy opened her eyes slowly, her spirit savoring the soft light caressing her face. It came in through a small crack in the translucent sheers hanging from the full-length windows that led to the balcony. And it marked another new day, another day where she woke up tired, despite the fact she’d slept the night through. Her body ached as if she’d been taking part in a sex marathon. What was wrong with her?

She closed her eyes, remembering the dream that had kept her wrapped up tightly; the warm male hands that caressed her breasts and stroked her thighs, leaving her body tingling for more.

But while her body craved the attention of her dream lover, her mind screamed at her that something was wrong. This was the seventh night in a row that she’d had this dream. They were always the same, featuring a man who didn’t seem to have a face—or even a body, stroking her to orgasm, leaving her sated and very sore.

He didn’t seem to care about his own pleasure, for when she’d tried to reach for him she’d realized he wasn’t there. One minute he’d been touching her, the next he’d just vanished.

No, that wasn’t really right. He hadn’t been there in the first place. She’d never seen a form. That had been just fine with her. When was the last time a lover had cared about her enough to make her climax without worrying about his own pleasure?

Never, that’s when. She shouldn’t be concerned about it. After all, it was only a dream.

The last few mornings her clit had been sore, as if someone had actually toyed with it all night long. And today was no different.

She had climaxed again and again. And again. And again. The sensations had risen with each climax, so much so that she would be screaming at him to leave her alone, to stay away from her, to let her rest. Too much pleasure could bring pain. She’d tried to convince him of that but he wouldn’t listen.

Until right at the end. She remembered his deep voice whispering for her to relax, to sleep. And she had. But not enough for her to forget the dream.

She pushed back the covers and swung her feet over the side of the bed, the hard wood chilly under her soles as she stood and padded over to the floor to ceiling windows, pulling back the sheers and lifted the sash all the way up. She stepped outside, not caring that she wore only the shorts and ripped T-shirt that she slept in.

It was early, the only people who would be out now were her neighbors and she trusted every one of them. Tourists didn’t generally find their way to her neighborhood until later in the day. At this time of the morning, they would be exhausted from partying on

Bourbon Street
the night before to go exploring. She took a deep breath and sighed in pleasure as the smells of fried dough coated with sugar reached her nostrils. Beignets. Her mouth watered and she made plans to go to the corner and pick up some of the tasty concoctions, along with a large café au lait.

October in
: it didn’t get much better than this. The weather would be middle of the road, there might be some rain but it wouldn’t be too bad. Not at this time of the month. The heavier rains generally came earlier in the season, and this year the storms had been blessedly absent.

She’d worried a little about buying her house on
, five blocks from the
. If another hurricane like Katrina hit, she might regret it. But she decided she’d cross that bridge when she came to it. Her house was located one street over from Bourbon, which would come in handy when she’d finished all the repairs and opened her B&B it would be within walking distance for partiers.

The house had been in relatively good repair, despite the fact it had set empty for almost ten years. It had escaped the worst of Katrina’s wrath, and the last owners had obviously planned to do what she was doing: running a B&B. Their work had been extensive, and she wondered once again why they’d given it up. The realtor practically salivated over Tempest’s interest in the property, and when she’d named the asking price of a little more than $150,000 for the six bedroom, three-bath house, Tempest had been amazed. She’d also been very suspicious.

She’d once again questioned the former owner’s motives, but the realtor would only tell her they’d moved back East.

The realtor assured Tempest that there was nothing structurally wrong with the building, and the inspection had confirmed that information. She’d decided the deficiency must be that there was a ghost attached to the building, but that idea had quickly vanished. Having a resident ghost would be a definite plus in a
hotel. People would run to book rooms if they thought there was a chance of meeting up with a spirit. She could probably double the price she would be asking for rooms.

Plus, she’d been in the house for more than two months now and had not seen an inkling of a ghost. All that had happened was her recurring sexual dreams that left her more depleted of energy as the days passed.

She needed coffee. Now. She took one last, lingering look at the street, waving to Mrs. Baker, who had lived in this neighborhood since the 1940s. When she’d first moved in, Tempest had tried to guess the woman’s age, but there was no one around to tell her whether she was right or not. Her neighbor, Dex, had only said, “She’s been here forever.” Going up to the woman and saying, “So, did you enjoy the 1920s?” didn’t seem like the proper thing to do, so Tempest had just let it slide.

The older woman, a to-go cup of coffee in one hand and a white pastry bag in the other, wiggled the sack to return the greeting. Then she hurried down the block and darted inside her gate. Mrs. Baker would stop to talk to Tempest when Tempest was on the street, but she would never come near the front door, and when Tempest greeted her from the balcony as she’d just done, the woman never kept her gaze fastened on the house for long.

As Tempest studied the spot where Mrs. Baker had just been, she wondered why she avoided the house. All the other neighbors had come by to welcome her to the area two months ago when she’d moved in. All of them except for the one who had lived here the longest. Strange.

She shook her head to clear her thoughts, then centered on her to-do list for the day. The plumber would be here at one, to change out the fittings in one of the downstairs bathrooms. Before that, though, the gardener was going to finish putting in the fountain she’d selected--a large, wonderfully carved block of stone with a marble sphere on top of it. The water would move the sphere, giving it, she hoped, a sort of otherworldly feel.

The garden behind the house was huge; another thing she hoped would be a great draw to potential customers. One of the previous owners had torn down the slave quarters that once sat behind the house, extending the area for plantings. The gardener had already set up three stone benches at various places, two of them tucked behind bushes that would give young newlyweds a place to go and neck when they booked a room.

“Don’t get ahead of yourself,” she whispered. “You have to get things done first. One day at a time, and it’s just the two things today.”

She stretched her arms above her head and yawned. “Well, that and the painting. I need to finish the kitchen.”

She’d selected bright yellow for the kitchen, accenting it with light green to give it a cheery look that made people feel at home. It was a large space, with a table for come and go breakfast offerings.

Icy Pretty Love by L.A. Rose
No Horse Wanted by Melange Books, LLC
The White Forest (Mages and Kingdoms Book 2) by Cara Coe
Ouroboros 3: Repeat by Odette C. Bell
Down Under by Bryson, Bill
Fast Break by Regina Hart
Sky the Unwanted Kitten by Holly Webb
Divorce Is in the Air by Gonzalo Torne
The Dead Hand of History by Sally Spencer
The Fat Innkeeper by Alan Russell