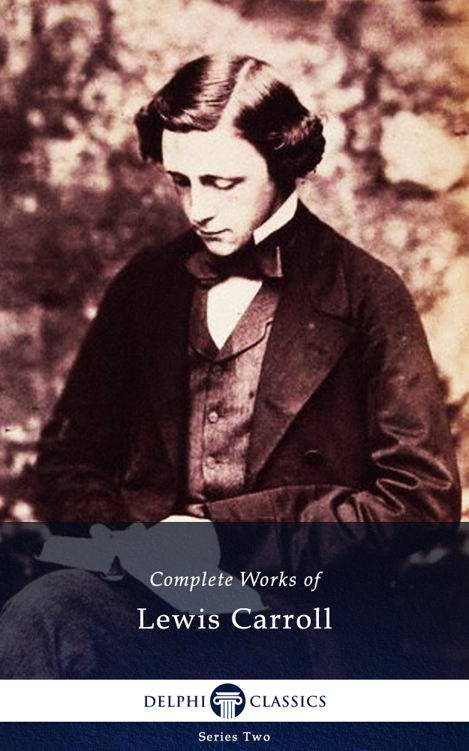 THE COMPLETE WORKS OF

BRUNO'S REVENGE AND OTHER STORIES

WHAT THE TORTOISE SAID TO ACHILLES

COLLEGE RHYMES AND NOTES BY AN OXFORD CHIEL

PHANTASMAGORIA AND OTHER POEMS

THE HUNTING OF THE SNARK

THREE SUNSETS AND OTHER POEMS

ACROSTICS, INSCRIPTIONS AND OTHER VERSES

THE GAME OF LOGIC

THE STORY OF LEWIS CARROLL
BY
I
SA
B
OWMAN

THE COMPLETE WORKS OF

First published in 1865, this famous novel tells the story of a girl called Alice, who falls down a rabbit hole into a fantasy world populated by anthropomorphic creatures.
The novel’s genre has been termed as
literary nonsense
, which has had an enormous influence in literature, in particular on the fantasy genre.

Three years before the novel was published, Carroll, with friends, rowed in a boat up the Isis with the three young daughters of Henry Liddell, the Vice-Chancellor of Oxford University and Dean of Christ Church.  The journey began at Folly Bridge near Oxford and ended five miles away in the village of Godstow.
During the trip Carroll told the girls a story featuring a bored little girl named Alice who goes looking for an adventure.
The girls loved the tale, particularly the ten year old Alice, who asked Carroll to write it down for her.
He began writing the manuscript of the story the next day, although that earliest version no longer exists.
The girls and Carroll took another boat trip a month later when he elaborated the plot to the story of Alice, and in November he began working on the manuscript in earnest.

To add the finishing touches he researched natural history for the animals presented in the book, and then had the book examined by other children to test its merit.
Carroll added his own illustrations but approached John Tenniel to illustrate the book for publication, telling him that the story had been well liked by children.

On 26 November Carroll gave Alice the handwritten manuscript of
Alice's Adventures Under Ground
, with illustrations by himself, dedicating it as "A Christmas Gift to a Dear Child in Memory of a Summer's Day".  But before Alice received her copy, Carroll was already preparing it for publication and expanding the 15,500-word original to 27,500 words, most notably adding the episodes featuring the Cheshire Cat and the Mad Tea-Party.  This later version was to be called
Alice’s Adventures in Wonderland
.  Both versions are presented in this edition of Carroll’s works.
Alice’s
Adventures Under Ground
contains Carroll’s original illustrations.

Alice Liddell as a young woman,