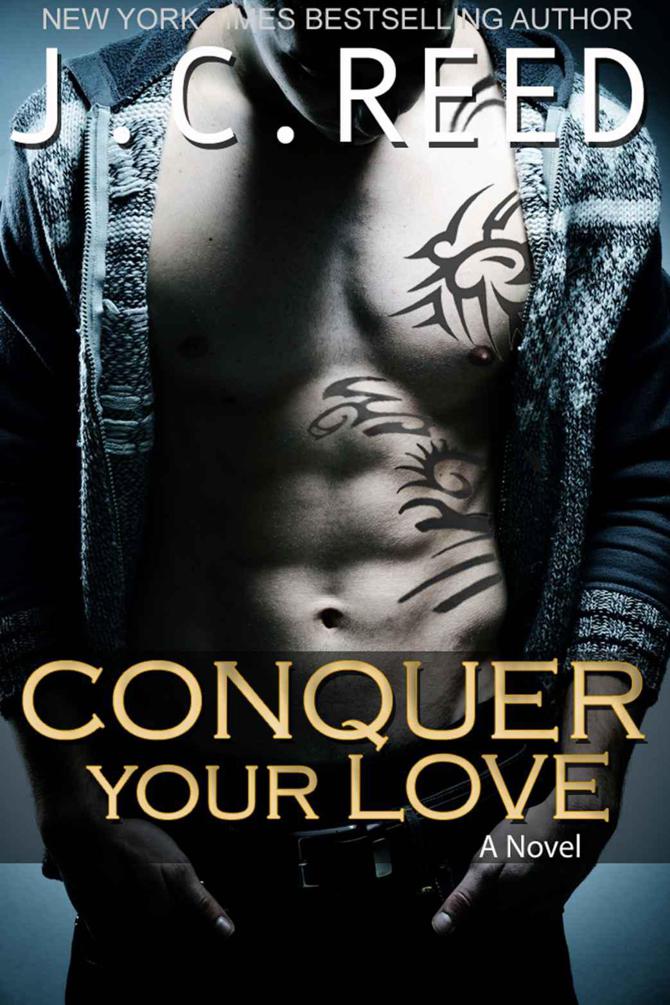 All rights reserved. No part
of this publication may be reproduced, distributed or transmitted in any form
or by any means including photocopying, recording, or other electronic or
mechanical methods without the prior written permission of the publisher.

This is a work of fiction.
Names, characters, places, brands, media, and incidents are either the product
of the author’s imagination or are used fictitiously. Any similarities to
persons, living or dead, is coincidental and not intended by the author.

Trademarks: This book
identifies product names and services known to be trademarks, registered
trademarks, or service marks of their respective holders. The author
acknowledges the trademarked status and trademark owners of all products
referenced in this work of fiction. The publication and use of these trademarks
is not authorized, associated with, or sponsored by the trademark owners.

To all who’ve loved and who’ve lost:

Love is a battle. It needs to be
seized and conquered.

“Love is
fragile. Love can easily be broken. Love is not always perfect. And sometimes
love makes mistakes. When everything’s broken, everything seems lost. The only
way to get your love back and repair it…is to conquer it.”

Love happens in the blink of
an eye. One moment your heart is yours, and the next it belongs to someone you
never intended to give it to. There is no transition. No earning on his part.
Just foolish trust and hope for a future of happiness and emotional
fulfillment
. As much as we all hope for a happily ever
after, life doesn’t work that way.

Love’s a bitch. I had to
learn that lesson the hard way in the form of a green eyed, sexy as sin, six
foot two sex god.

My first
and only foray into love and the second biggest mistake of my life.

Mayfield Realties was
situated on the
sixtieth floor of
Trump Tower
in the
bourgeoning business district of New York City. A little after eight a.m.
Jett Mayfield sat in his office
overlooking the busy street below. The people and yellow taxis looked like ants
in constant motion: always hurried, always tense. Like the city, Jett had once
been abuzz with life—or his former interpretation of it: live hard, work
even harder.
Until he met
her.
There was something about Brooke Stewart that had changed something inside him.
It wasn’t her beautiful chestnut eyes,
nor
the way she
moved—confident and yet reserved. She had talked to him on a deeper
level, touching something he had thought untouchable. His initial intention had
been different though. His agenda had been to make her fall for him, not
through words, but through actions and sex, lots of the latter, because he had
wanted something she had. Not for himself, but for the man and for the company
to which he owed everything. But events took a couple of turns he didn’t
expect.

When the plan backfired, she disappeared.

A shadow belonging to the past: gone but not forgotten.

For the past hour he had been staring at the cell phone, leaving him a
tangled mess of fury and frustration.
And more pain, which
caused even more anger.

How stupid of her to go and not listen to him.

How stupid of her to turn off her phone so he couldn’t reach her. And no
matter how many times he called and how many messages he texted, Jett knew
instinctively none reached her because if they had, she would feel his agony.
She would feel just how important it was that she
listen
to what he had to say. It
wasn’t about his feelings. Fuck them. There was something else he needed to
tell her; something that had rendered him sleepless at night, always worried
for her, for them, for everything he believed in. And if his suspicions were
true, then they needed each other just as much as they needed air to breathe.

“Mr. Mayfield—Jett?” Emma’s head appeared in the doorway, jerking
him out of his thoughts. He rewarded her with a frown. It wasn’t like him to be
rude, but the girl was a receptionist temporarily promoted as his personal
assistant until he could find someone more suitable. As such, she wasn’t yet
accustomed to his preferences, which included not bothering him when he didn’t
want to be bothered.

Wide-eyed like a deer caught in the headlights, she made no sign to get
to the point and then fuck off again, leaving him to the darkness clouding his
thoughts and the unusual soreness in his chest. He sighed impatiently. “What is
it?”

Emma seemed to remember how to speak again, but her wide eyes continued
to mirror her insecurity. Jett liked his employees like that. Even if they
thought he was a real son-of-a-bitch, they worked harder in order to please
him.

“Someone’s here to see you. I told him that you’re busy and to arrange
an appointment, but he won’t go away. He’s been here for half an hour.” Emma’s
words rained down on him like a waterfall. All he caught was something about a
guy being here to see him when he was indisposed.

“Tell him I’m not available.”

They all did. “Then tell him you came to see me and I
specifically
told you I’m not
available.”

Emma’s eyes widened just a little bit more, if that was even possible.
Her frantic glance swept over him in fear. Obviously she wanted to keep her
job, but the visitor seemed to frighten her even more than the possibility of
displeasing Jett. He had two options: send the girl back out and risk her
coming back, interrupting his obsessing about Brooke, or deal with the visitor.
In the end, he decided option two was a tad more appealing.

Emma’s expression relaxed instantly and she almost bounced out of his
office. Glowering, Jett sat back in his chair and began to massage his temples
to get rid of the increasing throbbing behind them. If he knew where Brooke was
he wouldn’t have to deal with this crap, and everything and everyone else could
just go screw themselves. But as things stood, he had to maintain a façade of
normalcy before things blew completely out of proportion.

“Jett, my man.” The familiar voice coming from the door jerked Jett back
to reality. His attention snapped to his life-long friend, and some of the
pressure weighing him down lifted. As usual, Kenny had managed to dodge any
dress code and looked like he was about to step into a bar—or
jail—rather than into the office of the realty business’s hotshot of the
year. Ripped jeans,
short sleeved
black tee, tattooed
upper arms, and pierced eyebrow. Then again, that had been Jett’s style, minus
the piercing, for many years before he traded Kenny’s wild lifestyle for his
father’s business. He still had the tattoos and the almost faded scars to prove
it.

Jett closed the door, briefly registering the curious glances from his
employees staring at both him and Kenny. They probably wondered what a man like
Kenny was doing in one of the most successful companies in real estate, meeting
with no other than the CEO. His employees didn’t know the true Jett. No one
did. If they did, they’d run.
But not Brooke.
She had
sensed his dark side and fallen in love with him nonetheless.

“You said you wanted to talk and it was urgent,” Kenny began as soon as
Jett had closed the shutters, leaving them sheltered from prying eyes.

Kenny shrugged and slumped into Jett’s chair, propping his legs up on
the polished oak desk, expertly ignoring the brown leather couches set up near
the door, chosen for such an occasion. Jett’s eyes narrowed but he didn’t
comment. “I assumed you needed me and that you knew what you were doing,” Kenny
said. “You should’ve specified a place. Not my fault you’re being incautious,
bro.”

Fuck it. He was right, of course, but the knowledge didn’t stop Jett
from glowering. To hide his irritation, he poured two glasses of double malt
whiskey from the carafe on the coffee table and pushed one toward Kenny.

“Who the fuck cares?”

The whiskey tasted like expensive honey.
A bit too
sweet, with smoky and earthy undertones.
He hated it, but it was the
beverage that went down best with his clients and as such he always had a
bottle available in his office. In his five years working for Mayfield Realties
he had never touched it—until today.

“I need you to find someone because my private investigator’s doing a
shit job, and you’re the only person I trust,” Jett said, barely noticing his
friend’s half full glass.

The Freedom Maze by Delia Sherman
Red Tide (Siren Publishing Classic) by Tymber Dalton
The Risqué Contracts Series by Fiona Davenport
Cold Hearts by Sharon Sala
The Wedding Dress by Mary Burchell
Dancers in the Dark by Charlaine Harris
Las correcciones by Jonathan Franzen
Eye of the Cobra by Christopher Sherlock
Officer Down (A Digital Short Story) by DeLee, David
The Love Market by Mason, Carol