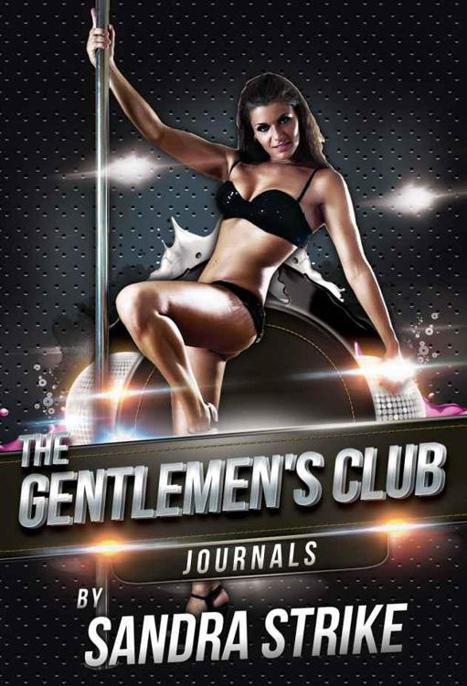 Kate in Crisis: Sex with a Stranger

Kate took a sip from her wine glass and set it on the night table to her right.  She fluffed up the pillows on the bed and leaned backwards.  It was a king sized bed, but for six months she had slept alone.  It was hot, so before she started, she walked to the window and opened it to allow the breeze to blow in.    She felt the breeze against her body, and her nipples hardened with the cool wind.  She was wearing the silk negligee that Larry had bought for her.  Larry James Neiss, the asshole she’d married, put through med school, put all of her dreams on hold for, and divorced.  It was her honeymoon lingerie, and it still fit after eleven years.

Kate sighed, shook her head, and walked back to the bed.

She shivered and considered closing the window again, but instead, she sat atop the comforter, leaned against the pillows, and picked up the remote from the nightstand.  She powered on the TV, navigated to the video she wanted to watch, and pressed play.  There was a little bit of static, and the noise was irritating, so she pressed the mute button.  Then the picture cleared to reveal a young woman—Kate knew she was nineteen years old—standing on plush blue carpeting.  The woman smiled at the camera and pushed her bright red, lipstick coated lips together in something between a pout and a kiss.  She had light blonde hair in a pageboy cut that framed her perfect little young face.  Her neck was long and slender.  In fact, her whole body seemed long and slender.

The woman wore a black leather teddy that lifted her breasts but only covered them halfway so that the double
D
’s were pushed up, nipples pointing out from the screen at Kate like missiles.  She wore black leather gloves that went all the way up her forearms and a few inches into her biceps.  Kate watched as the woman danced on the screen and used the gloved hands to pinch at her own nipples.   The woman also wore leather thigh-high boots, high heels digging into the plush carpeting.  Kate wanted to think of her as a slut, but it was hard for her to get past the woman’s age.
She’s so young.

Kate pressed the mute button and music from the video filled the screen.  It was some kind of bluesy New Orleans jazz, and the woman swayed to it, moving her hips and her waist like someone was between her legs licking or fingering her.  She turned around and waved her tiny ass at the camera, and it zoomed in so that her ass and thighs filled the screen as she gyrated.  As the music died down, she turned around and said, in a high pitched and girly voice, “You’ve seen the body.  Now you get to feel how it works.”

Kate paused the film and looked at the phone.  It was Maureen.  She sighed and picked it up.  “Hello Maureen.”

“Katie!  Come out with me tonight.”  Maureen was her best friend, and this call came just about every night.

“Listen, Katie, throw the stupid thing away.  Come out with me tonight and we’ll find a guy to fuck you good and proper.”

“Maybe tomorrow, Maur.  Tonight I’m going to stay in.”  Maureen started to reply, so Kate cut her off with, “Talk to you tomorrow.”  She hung up.

Kate pressed play and watched as the girl in the video got on her hands and knees and crawled toward the camera.  It panned back and soon a man’s feet, then legs, then crotch appeared.  The girl reached up and stroked the man’s penis.  “Ooh, you’re so big baby!”  There were two things wrong with the comment.  First, those words should never leave a voice that young and girly.  Second, the penis was definitely not that big, pretty small in fact.  It didn’t stop the girl from opening her mouth and enveloping the dick with her lips.  The camera zoomed in and Kate watched the girls lips descend from the head, along the shaft, and down to the base.  Deep
throating a cock like that wasn’t a real challenge, but it looked impressive when the camera zoomed in on it.

The girl licked her lips and Kate heard the man say from off camera, “I want you to fuck me.”  The girl smiled and stood, and the camera adjusted to show her reach behind her back and unzip the teddy.  In a moment, she was naked except for the gloves and boots.  The girl had tiny wisps of blonde hair around her pussy, which Kate thought looked impossibly small.  She watched as the girl straddled the man and guided his cock into her.

Kate was ashamed, but she felt herself aroused as she watched the penetration.  The pussy was so tight that it made even that small cock look huge as it pushed into her.  She could hear the girl moaning as she moved up and down.  She watched the shaft, wet from the girl’s mouth and glistening with the girl’s juices, disappear and reappear over and over.  Kate hated herself for it, but her hands traveled downward and lifted up her negligee.  She rubbed herself as she watched, moving her fingers over her clit and then pushing a finger into herself.

The girl in the video was practically yelling, and Kate pushed another finger inside herself, moving it rapidly.  With her other hand, she continued to rub at her clit.  She felt herself getting closer and closer.  Finally, the man in the video groaned loudly and the young girl screamed, “I’m coming!  Oh, Fuck!  I’m coming.”  As the girl moved furiously over the man’s dick, Kate felt her own orgasm rush over her in waves.  She breathed heavily; gradually slowing the speed of the fingers she pushed in and pulled out of her pussy.  The girl in the video stood up and backed away. Kate pulled her fingers out, and still breathing heavily, smoothed down her negligee.  She heard the man in the video say, “Let me turn this off,” and the camera swung around to show Larry’s face on the screen.

Kate found the video, which Larry had stupidly left on a flash drive
,
in his pants, while doing laundry.  She’d assumed it held data and wanted to make sure the data hadn’t been lost in the wash.  It wasn’t lost.  In fact, it was secure enough that the copy she made for her attorney was just as watchable as the original.  The video had ensured that she kept the house, which Larry had to pay off by cashing in on three of his mutual funds.  The video also ensured that she had half of his practice and spousal support of fifteen thousand dollars per month.  Larry James “Asshole” Neiss was a psychiatrist specializing in family counseling.  The girl in the video was a client.  Evidently, the little blonde’s husband had a hard time with her chosen profession, dancing at a strip club.  If she sent the video to the ethics board or just put it online, he was finished.  So, Kate had a four thousand square foot house, a secure income, and an empty king sized bed.

The doorbell rang, and Kate pulled on a robe and walked to the front door.  She looked through the peephole.  Maureen stood at the door.  Kate sighed and opened it.  Maureen brushed past her and walked into her bedroom.  Kate followed, and found Maureen in her closet looking through her clothes.  “What are you doing, Maureen?”

“I’m finding an outfit for you to wear.  We’re going out.”  Maureen pulled out a slinky green dress and walked out of the closet.

“I’m just not up for it right now.”  Maureen ignored her and opened up dresser drawers until she found one that held undergarments.  She threw underwear and stockings on the bed, tilted her head thoughtfully, picked the panties back up, and put them back in the drawer.  “You won’t need panties.  The whole point is to get you fucked.”

“I’m your friend, Katie.”  Maureen pointed at the clothes on the bed.  “That means that sometimes I have to give you what you need instead of what you want.  Put the damn clothes on.”

“It’s already ten o’clock.” Even as she said it, Kate picked up the stockings and started to pull them on.  She could never stand up to Maureen, not in high school and not now.  “Where the hell are we going to go?”

She started to protest, but Maureen had her
Don’t Mess
w
ith Me
look on, so Kate grabbed the lipstick and stomped into the restroom.  As she applied it to her lips, she looked at herself.  She was still good looking.  Her hair was just as red at thirty as it had been at eighteen, and it framed a beautiful face with high cheekbones and plump lips.  It cascaded down over her shoulders, and Kate remembered why she liked the green dress.  It made her hair seem brighter and deeper.  She stepped back and admired the way the dress framed her body, showing off her curves.  She turned around and looked at herself.  Maybe she didn’t have a tiny little girl ass, but the ass she had was a whole hell of a lot hotter anyway.

She started for the door but turned around and added mascara and a soft green eye shadow.  Her eyes were somewhere between green and blue, but with the dress and the makeup, the green was more prominent.  Finally, she stepped out of the bathroom and told Maureen, “Okay, let’s get this fiasco over with.”

Maureen handed her green high heels and she slipped into them.  The two walked out of the house and into the car.  Kate reached into Maureen’s glove
box and took a cigarette and a lighter.  Both women said, “I thought you quit” at the same time, and both laughed.

Kate finally smiled at her friend.  “Look Maur, I’m not all that interested in getting laid tonight, but I guess it will be good to get out.  Where are we going to find a good man this late on a Tuesday?”

Maureen pulled out of the driveway and started toward the freeway.  “Light up one of those for me too, Honey.”  Kate lit the cigarette in her hand, handed it to Maureen, and found another for herself.

Maureen laughed.  “Oh no, baby.  It’s been around for a long time.  We’re going to get you over that tape.”

The Body of Christopher Creed by Carol Plum-Ucci
The Curse of Betrayal by Taylor Lavati
Woman Hollering Creek by Sandra Cisneros
In Her Name: The First Empress: Book 01 - From Chaos Born by Michael R. Hicks
Bouvard and PÈcuchet by Gustave Flaubert
Colossus by D. F. Jones
Rat-Catcher by Chris Ryan
Frost Fair by Edward Marston
Cartoonist by Betsy Byars
Deepest Kiss (Stark Trilogy #3.10/Stark Ever After #6) by J. Kenner