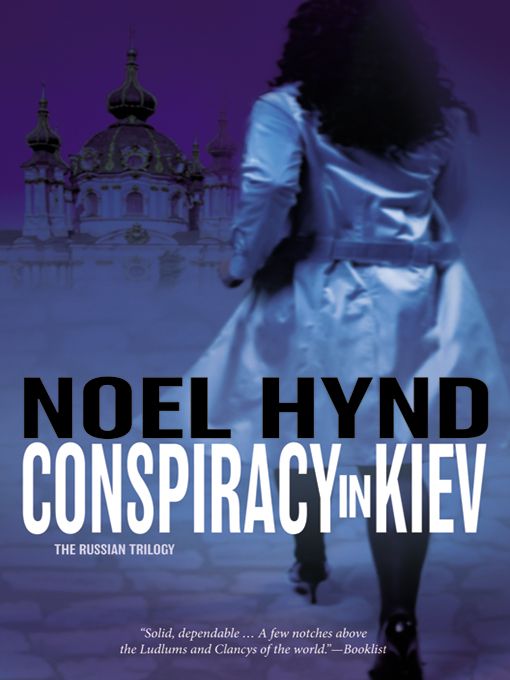 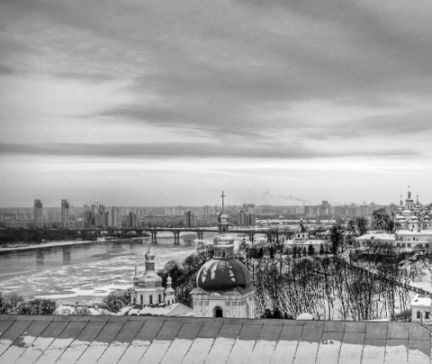 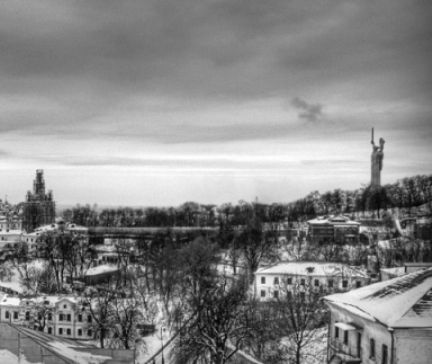 This title is also available as a Zondervan ebook.
Visit
www.zondervan.com\ebooks
.

This title is also available in a Zondervan audio edition.
Visit
www.zondervan.fm
.

Requests for information should be addressed to:
Zondervan,
Grand Rapids, Michigan 49530

Internet addresses (websites, blogs, etc.) and telephone numbers printed in this book are offered as a resource to you. These are not intended in any way to be or imply an endorsement on the part of Zondervan, nor do we vouch for the content of these sites and numbers for the life of this book. 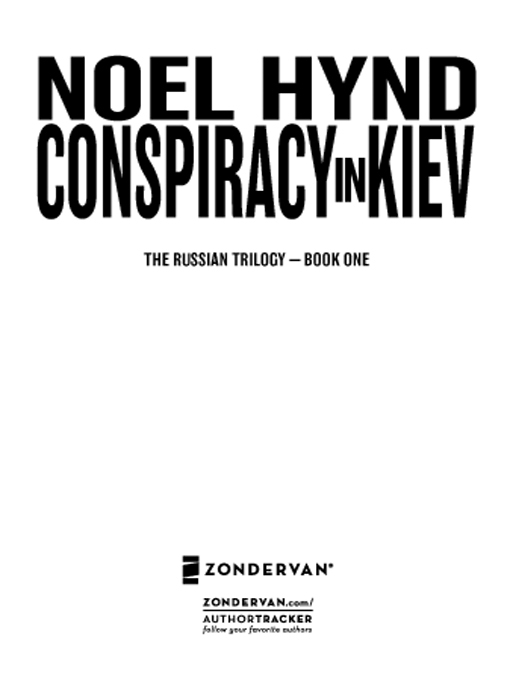 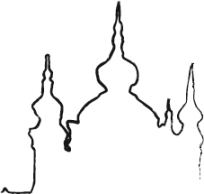 Thanks for so many years of wit and wisdom,
inspiration and laughter.

Every culture has its distinctive and normal system of government. Yours is democracy, moderated by corruption. Ours is totalitarianism, moderated by assassination.

T
he late-evening cognac and cigar were indulgences that Daniel had come to enjoy. So each evening at ten, on fiendishly cold nights like this one, he would set out on foot to the lively restaurant at the corner. It was Friday, January 2, two days into the New Year. He wouldn’t be in Paris for much longer, so he might as well enjoy each evening. Even he didn’t know which evening would be his last.

His small apartment was on the rue du Bourg Tibourg in the Marais district, not far from the Hôtel de Ville, which was no hotel, but Paris’s majestic city hall. The neighborhood, which stretched across the third and fourth
arrondissements
on Paris’s Right Bank, had been the city’s most exclusive neighborhood in the seventeenth century. It had deteriorated into a sordid slum two generations ago, one of the tougher sections of the city for the Parisian police when they bothered to go into it.

Now all that had again changed. The Marais had been gentrified and rebuilt during the reign of President François Mitterrand—a regal Socialist, said by critics to be “the last French king”—in the 1970s. It was now a lively place in the first decade of the twenty-first century, a favorite of tourists, busy during the day with art galleries, museums, quirky shops, and restaurants. And it still had its distinctive flavor; several small shops and stores that catered to the older Jewish residents of the area, Holocaust survivors, and their descendants.

His favorite café, L’étincelle—“the spark” in French—anchored the square that connected the rue du Bourg Tibourg with the rue de Rivoli. This was not the tourist rue de Rivoli with the arcades that ran on one side of the Tuileries and along the Louvre, but its extension that ultimately turned into the rue Saint-Antoine and wound up in the place de la Bastille. There were few tourists here.

Daniel trudged past the South American café on the near corner, affecting the awkward hesitant gait of an old man. The night was frigid, unusual even for Paris in January. He pulled his overcoat tight. He stepped past some remaining patches of ice. His breath was a small cloud in front of him. Twenty degrees Fahrenheit. It felt colder.

His gray whiskers, a two-week growth of beard, shielded his face. He looked like an old rabbi, which was ironic, but not exactly an accident. Below the beard, he wore the white clerical collar of a priest. Under the bulky coat rested a silver cross with the body of Christ, the unmistakable sign of a Roman Catholic.

Just a few more steps and Daniel was in the restaurant.

The Spark was appropriately named. It was a bright place with a pleasant staff. One of the waitresses spotted him as he entered. Irène. She was a trim girl in her early twenties, articulate, pretty, and friendly. Like the rest of the staff she zipped around in a brown T-shirt bearing the restaurant’s logo and a snug pair of jeans.

Why, if he were a younger man, he mused, watching her … and if he weren’t a priest …

Not a priest. The thought amused him.

She had an interesting exotic face. Daniel was a student of faces. He pegged her as half French, half Algerian. Irène reminded him of this French-Algerian singer he liked named Nadiya or the American singer Norah Jones.

He had been here often enough to know the staff and their names. He pulled off his wool coat, gloves, and scarf. The restaurant smelled good. It was a good life he was living these weeks in Paris. He liked this part of the day where he could sit in a bustling place, pick up on the energy of the young people around him, and be alone with his thoughts.

He nodded. He scanned. He spotted the American woman at a table by herself. Well, fortune was smiling on him. He would not be alone this evening. Rosa, as she had introduced herself on a prior evening. She was a professor of some sort, or so she said. Single, she had said, and appreciative of some unthreatening companionship as the day ended. She had never given her last name and he had never asked it.

She had held him in conversations about philosophy and theology for the last two evenings and didn’t seem to have any ulterior motives, something against which Daniel was always watchful. Surely she wouldn’t mind having company again. He knew he wouldn’t. It was tough these days to even find a woman who could tolerate a cigar, much less a cigar smoked by a priest.

She was seated near the door. She smiled when she saw him.

He approached her table. “Mind if I join you?” he asked.

They spoke English, his with a trace of an accent that suggested eastern or south central Europe. Hers was American, flat as corn country. When she had asked about his accent, he had explained that his roots were in Hungary.

“I was a boy in Budapest,” he had recounted. “That’s where my parents had lived until 1956. When the Russian tanks rolled in, they fled to England and then Canada.”

“Where did you go to seminary?” she had asked.

“Montréal. That’s how I speak French.”

She, in turn, explained that she had grown up in Kansas but now lived in New York City. He knew all about New York, it turned out. He entertained her with stories. She did likewise.

This evening, as always, Daniel folded his overcoat and placed it neatly on an extra chair at their table. He sat down. Irène brought him a cognac, gave him a cute smile, and quickly left to attend other tables.

“You’re sure my cigar doesn’t bother you?” Daniel asked his table companion.

They fell into a conversation easily. He noticed that she was watching his hands.

She was drinking a Coca-Cola with a twist of lemon. There was music playing again tonight, so loud that one had to raise one’s voice just to be heard. A friendly din. Lots of conversation in several languages, lots of glasses clinking and plates clattering. L’étincelle was a cheerful upbeat joint.

A few minutes into their conversation, she raised a hand and waved to a man who came in the door and surveyed the place.

Daniel didn’t like that. For no reason, or for
every
reason, he didn’t like it at all. He had an acute antenna, and he sensed something was wrong. He looked at the stranger with a stare that could bore a hole in a cinderblock wall.

But before Daniel could object, the newcomer slid into the extra chair, the one closest to the door. Daniel took him to be American before he even opened his mouth. He looked like a businessman of some sort. Another sign of trouble.

There was an awkward moment. The man looked at Daniel with intent dark eyes. Rosa offered no introduction. That in and of itself was enough of a further clue.

“What?” Daniel asked, looking back and forth, hoping he might be wrong.

“You’re not an old man, Father Daniel,” she said.

“You’re not my friends,” he answered.

“And you’re not a priest,” the man said. “You’re not even Catholic.”

Daniel moved his hand quickly under his jacket, reaching for the gun that he carried for just such moments. But Rosa thrust her hand roughly after his, momentarily deflecting his grasp and minimizing any possibility that he might defend himself.

At the same time, the newcomer, quickly and professionally, reached across the table with a small snub-nosed handgun. He pressed it right to Daniel’s chest and he pulled the trigger.

The gun erupted with an ear-splitting
bang.
It was barely audible above the noise of the restaurant, though diners at some tables started to look around.

Daniel’s face showed shock, then outrage. Then all that dissolved with accelerating pain. The bullet had smashed the sternum at the midpoint of his chest. The gunman followed his advantage with a second shot. Another powerful
bang.
He squeezed that one off so quickly and accurately that it passed directly through Daniel’s heart.

The woman braced his body and steadied it so that Daniel didn’t tumble. Instead, with a helpful little push, Daniel slid forward, his body slumping onto the table as if he were drunk.

The gunman pocketed his weapon and rose to his feet. Rosa did the same. They used their hands to shield their faces and moved quickly to the door. Only as they were going through it did they start to hear a commotion behind them. Loud agitated conversation built into shouting.

Several seconds later young Irène came to the table to see what was wrong.

She saw the shattered brandy glass under Daniel’s lifeless head. She saw his unfocused eyes and his blood mixing with the cognac on the table.

Her hands flew to her face and she started to scream. The evening manager, a fit young man named Gerard, rushed over. But by this time, Daniel’s two acquaintances had disappeared into the dark side streets and alleys.

They were gone into the icy night, leaving their victim behind.