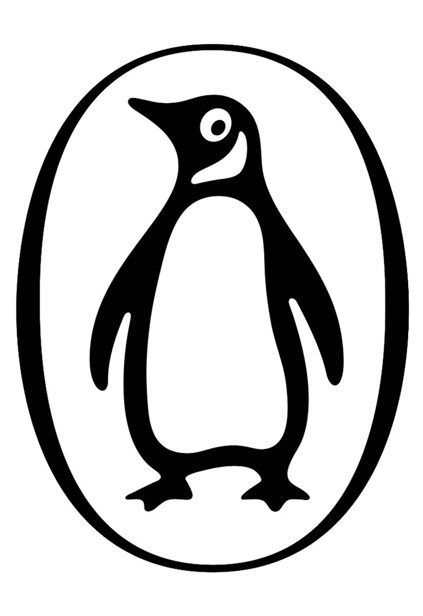 Toby Litt was born in 1968. His first two books are a short-story collection,
Adventures in Capitalism
, and a novel,
Beatniks.

To Mum and Dad

Except in the United States of America, this book is sold
subject to the condition that it shall not, by way of trade or otherwise, be lent,
re-sold, hired out or otherwise circulated without the publisher’s prior
consent in any form of binding or cover other than that in which it is published and
without a similar condition including this condition being imposed on the subsequent
purchaser

No, you can’t trust violence

‘Conrad? It’s Lily. Hi. Yes. Glad I got the number right. How are you? Really? That’s –
encouraging.
Look, someone’s just blown me out. I’ve got this table at a restaurant, Le Corbusier, Soho. D’you know it? Uh-huh. Yeah, but the food’s really wonderful – and we do need to meet up sometime, you know. There are things we need to talk about. Like you said. So why don’t we make it this evening and keep it in a public place – try and make it
pleasant,
at least. Well, it’s y’know a difficult situation. And I promise I won’t cry if you won’t. Conrad, that was a
joke.
Christ! Eight, yeah. You don’t want to meet up for a drink beforehand? You never. Hey. It was a jo. Mmmm. Touch-eee. Okay, yeah-oh. Yeah, there’s some. I’ll bring it along. God. Mm-’kay. Yeah-bye.’

Lily has caught me in the edit suite at the Discovery Channel, so the VT Editor, Chris – all VT Editors are called Chris – is sitting next to me with a big I’m-not-listening smirk on his face.

We are putting together the sixth of seven scarifying trailers for Shark Week. A Great White is freeze-framed on the screen in front of us, having just taken a watermelon-huge slice out of a scuba-diver’s right thigh.

No way can we cut this particular shark-attack footage into what is intended to be a heavy-rotation trail. But Chris and I enjoy watching it – forwards and backwards, in ultraslow motion, frame by bloody frame.

At the moment Lily calls, we are using the Great White’s gaping
mouth as a sort of pseudo-screensaver. We are planning what we’ll do next – more company coffee or going for a take-out.

I don’t even pretend to Lily that I might have something better to do that evening.

On the walk to the restaurant I try very hard not to think of what is about to take place: my first meeting with Lily since she dumped me.

As I turn down Frith Street I am still relatively okay.

Anything but her. And us.

Lily is there already – standing at the downstairs bar, flirting with the barman. She looks great, as always. I haven’t seen her wearing this dress before – it must be new: I know all her dresses, even the ones that never made it out of the wardrobe.

I think she may have changed her perfume as well.

It is an old joke – a couple-joke, now and in this context particularly painful: I have only one suit, and when Lily used to meet me in town, before some smart party to which she’d been invited and at which I’d be barely tolerated, Lily used to greet the suit rather than me. Sometimes, she used to say, she thought she was actually going out with the suit, and not me – I just came along to animate the suit (not particularly well, others would have done it better).

As I realize what Lily has just said, I begin to feel bad: Lily has forfeited the right to make the suit joke. If she wants to regain that right, she will first have to take me back. Which she may, of course, do. That may be why she wanted to see me.

The maître d’ approaches us. The maître d’ addresses Lily. ‘I’m afraid you’ll have a couple of minutes’ wait before your table comes free.’

Lily is an actress. At this, the time of our last meeting, she is best known for her rôle in a series of TV advertisements.

All of Lily’s cereal ads take place in that strange parallel universe, the Cosmos of Commercials – where colours are primary, perspectives neo-Expressionist, gestures cartoonish and pain non-existent.

And for most people this is the universe that Brandy-Lily will for ever inhabit. Blissfully married to a husband who cynically deceives her; endlessly propositioning him, eternally rebuffed; constantly crashing from blazing optimism to fiery pique. For most people Brandy-Lily is in Hell eternal.

A year or so before I met her, Lily spent six months at EuroDisney-playing Snow White in a black wig and a crushingly uncomfortable bodice. She could still flip into Snow White’s
cutesy, high-pitched accent at will. If anything marked Lily out as a natural actress, it was her wonderful way with voices. The smile-lines she’d acquired from all that corporate grinning in Mauschwitz never quite left the sides of her mouth – the way she told it, she’d practically been in muscle-spasm by the end of each and every shift. One sure way I’d always had of driving Lily crazy was to whistle while I worked.

After Snow White there’d been a few months’ gap before she was cast in a made-for-TV murder mystery. Her part was simple enough: she took her clothes off, had a shower and was violently murdered. Her big break.

At the time of the meal, I still have this episode on video. Since she dumped me, the tape has become quite worn. I am intending, one day soon, to take it in to work and make a copy of it.

While we are waiting for the table to come free, Lily has been telling me her good news. She has just got the lead in a likely-to-be-controversial new play at the Royal Court. It is called ‘deathsex’ and is about women and necrophilia. She is about to quit the ads.

My life is very different to hers – a slow and painful coming-to-terms with first the possibility, then the suspicion, and finally the utter certainty that I don’t have It.

Instead, I am working in television, as a Promotions Producer – editing trails for whichever of the satellite channels happens to need me that month.

I have always wanted to make films. Even at school I was constantly thinking of cheapo special effects that could be used in a low-budget movie. (If you want a sink to look like someone’s been sick in it, slosh a Pot Noodle in there. If you want something that looks exactly like spunk, use shampoo.) Needless to say, I have never come anywhere close to needing cheapo vomit or low-budget spunk. (A shame I never came up with placebo blood – tomato ketchup isn’t anywhere realistic enough.)

It is my ultimate ambition to write and direct a serious full-length feature film and win two Oscars (Best Original Screenplay, Best Director) and be world famous and rich and loved.

Instead I am being fucked around by a series of decreasingly talented and increasingly stroppy writers.

As enthusiastic film-buffs, these writers and I have sat together in bars and pubs discussing Tarkovsky and Tarantino, Huston and Hitchcock. As a pitch-making mean machine, we have approached producers and have received much encouragement but no cash. As a writer-director team, we have entered a hundred BBC short-film competitions and never even got past the first round.

I am thirty, and I know things just aren’t going to happen for me like they’re happening for Lily.

I just don’t have It.

We still need to talk about It (or just it).

‘This is ridiculous,’ Lily says, meaning my long silences.

‘Your table is ready,’ says the maître d’.