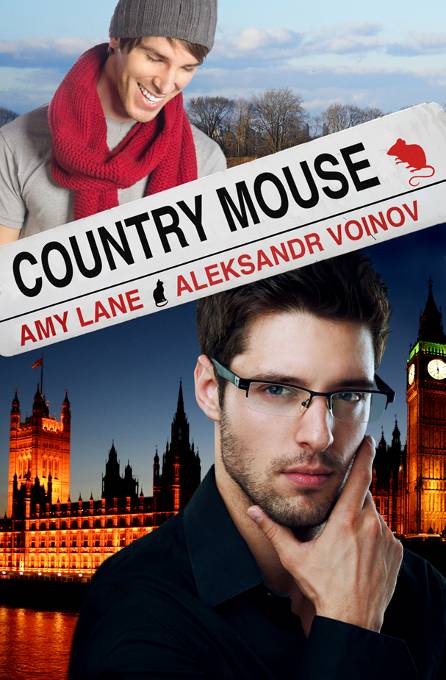 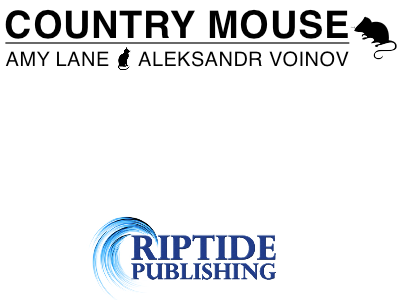 All rights reserved. No part of this book may be reproduced or transmitted in any form or by any means, electronic or mechanical, including photocopying, recording, or by any information storage and retrieval system without the written permission of the publisher, and where permitted by law. Reviewers may quote brief passages in a review. To request permission and all other inquiries, contact Riptide Publishing at the mailing address above, at Riptidepublishing.com, or at
[email protected]
.

Owen may be a bit of a country mouse, but he’s loving his vacation in London. After a long day playing tourist, he’s on the hunt for some cheap beer and a good burger. Instead he finds a man hunting him, an arrogant prick with only one thing on the brain: the kind of meat that doesn’t come on a bun.

Eighty-hour weeks at a trading desk don’t leave Malcolm Kavanagh much time for meaningful relationships. Besides, in his world, everything’s a competition—even sex. When his newest one-night-sub fails to show, Malcolm sets his sights on the pretty young Yank on the bar stool beside him.

Owen’s all for an adventure with a native, but he’s not the pushover Malcolm thinks he is, and Malcolm’s not as shallow as he tries to be. They both soon learn that nothing's too intimate to share with a stranger, and the strangest things happen when two people share the most important pieces of their hearts.

Thank you, Aleks, for an aMAZing time!

Thank you, Amy, for starting it all on Twitter and

being fantastic fun to work and chat with.

Owen was a little nervous as he walked into the pub. London was a new experience for him, noisy and crowded. Taxi and bus drivers seemed hell-bent on killing everybody who crossed the roads, like this was really their space, and everybody seemed to be in a constant rush. His guide—his ex-girlfriend Jenny, who’d been here before—had pleaded a headache and stayed back at the hotel.

Owen was pretty sure she’d made eyes with an old boyfriend from her time in London and was meeting him for a little somethin’ somethin’. Well, good for Jenny. Shitty of her to leave him in a new city to fend for himself, but since they were no longer doing that, well, a girl had to get some, right? But then, that left him in the middle of . . . well, wherever the fuck he was.

Somewhere in the West End, which was a crazy area: Chinatown right next to Old Compton Street, which held all the gay bars he could want. And then there was more of Soho, with hard-worn prostitutes lining the surprisingly crooked, dark and dingy alleys, which again were only a few blocks away from the bombastic façades of Regent Street with its collection of luxury stores.

The city was a lot more than he could take in on a first day, and part of him considered just getting a drink and going back to the hotel. The crisp cold certainly hadn’t invited him to stay outside for long or wander the streets. Still, he wasn’t so sure about this pub. It hadn’t seemed so funky on the outside—just an entrance on a corner in an old brick building (Victorian? That made it more than a hundred years old!)—but inside, it was all dark wood and the tang of cigarette smoke in the air, even though a sign said that smoking was forbidden. Maybe they’d just never re-painted it.

But the large pint glass was dirty, too, and the wood of the bar sticky to the touch. Patrons ranged from a gaggle of Italian schoolgirls sucking on their little Coke bottles, to a few blue-collar guys crowded around the TV showing soccer, to a guy in a smart suit propping up the bar.

That guy, well, he caught Owen’s attention. Short dark hair gelled into spikes, rather incongruous with his gray pinstripe suit and brown pointy-toed shoes. He wore rimless glasses, and looked halfway between twenty and thirty. He’d propped his elbows on the bar, making his suit jacket ride up, showing off very nicely shaped thighs and ass in the tailored suit. He’d just downed his second vodka shot and was waving for a third.

Owen kept looking at the guy, trying to figure out where he’d come from. His suit was sharp—Owen wasn’t an expert on these things, but it screamed stockbroker or lawyer or (shudder!) politician. Maybe that was the sort of thing loan sharks—or people investing in really seedy pubs—wore in London, but not in the States. That suit, and the fine ass within it, did
not
belong here.

And he was drinking top-shelf vodka from a dirty glass.

And, oh shit, he was looking directly at Owen.

Owen felt his face go hot and looked down into his lap at his baggy student jeans and Sac State hoodie. Of course, that suit wasn’t the only thing that didn’t belong here, was it?

The rim of his beer glass had mung on it, something three-dimensional and brown, and he picked at it with a well-trimmed nail, wondering what his mom would say about this ill-advised trip to the pub.

Go to Europe, baby. Have an adventure. Buy something you don’t need, see things you only see in movies, kiss someone who looks a little bit dangerous. But be careful, baby. You’re only there on loan.

His mother—a single woman and a free spirit, but not stupid about the perils of the world, or her only child set loose in it. She’d probably approve of this pub, and even approve of him ogling that man, but would maybe tell him to call it a night at the crap stuck to the beer glass.

He looked curiously at the sticky bar again, and wondered who MLM and STR were, because apparently it was TLA. There was a sudden movement at his side, the crisp slink of silk and linen, and Owen turned his head.

“I wouldn’t drink the draft here,” said the man with the crescent glasses. He had an accent beyond the flat SoHo slang Owen enjoyed, and he didn’t even crack a smile. “It’ll give you sepsis.”

Owen pulled up one side of his mouth and took a deliberate swig, then grimaced. Sure enough, it tasted like Satan’s piss in a glass mug. “Well, not all of us are wise enough for top shelf.”

The man arched an eyebrow, one corner of his lean mouth turning down. “I thought I told you not to drink.”

“And I thought you weren’t my mother,” Owen shot back, taking another gulp of the world’s worst beer.

The man quirked a finger at the bartender, and while Owen was still swishing that last mouthful around, trying to work up the courage to swallow, a tumbler of Grey Goose clinked on the bar in front of him. He was so surprised that his throat worked and the beer was gone, and the shitty pub and the funky smell and the Italian schoolgirls and working class television-watchers all disappeared.

What remained was the stranger, looking at him sideways with his lean mouth compressed in a taunt, and an actually clean tumbler, two fingers full of first-class liquor.

“What’s this?” he asked dumbly, and the stranger snorted.

“Are your hands clean?”

Owen held them out in front of them and shrugged. “Yeah.” He was unprepared for the stranger’s cool, strong grip as the man seized his hand. Owen was surprised enough to let his hand be dragged to the tumbler and his index finger inserted halfway into the liquid. He glared indignantly and snatched his hand back, pulling his finger up to his mouth to suck off the drop of vodka clinging to it.

He closed his eyes in sudden appreciation and moaned.

The man watched him with what seemed like too-intense interest for a couple moments.  His eyes were pale blue, a quarter of one iris blacked out by a spot—making the iris look like a waning moon—and Owen found that getting the glass between him and that glare was the only thing he could do to keep from staring back. It most likely wasn’t anger or aggression; maybe the guy was just high-strung. Or a cocaine addict. Weren’t they supposed to be too loud and a bit twitchy? Not that this guy was twitchy. But his eyebrow arched. Owen took a mouthful of the vodka and swallowed it, the liquid oily, crisp, and extremely strong.

Owen breathed out hard, the vodka rasping his throat. “Fucking wonderful. Are you going to give some to the teenagers next?”

That arch in the eyebrow twitched, and then the lean mouth quirked back, revealing the hint of a dimple behind it. “That was not part of my plan, no.”

Owen took an experimental sip of what was left. It was still better than the beer. “Then what’s your plan here?”