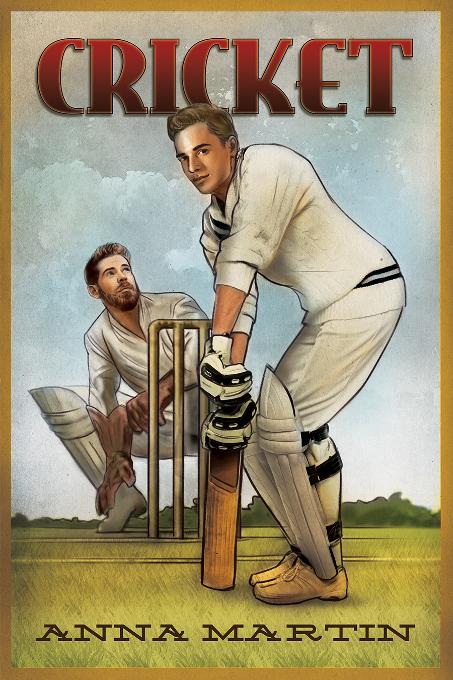 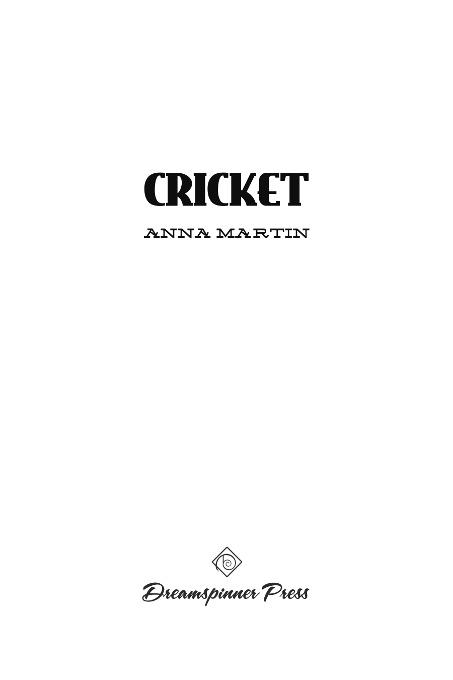 For Sam, who didn’t laugh.

S
OMERSET
is my home.

I have fond memories of exploring the countryside around this area with my grandparents and sister, when the two of us were children. Cheddar was one of our favorite places to visit, mostly because of its famous exports: cheese, strawberries, ice cream, and fudge. Not together, though. That would be weird.

Many of the places I’ve written about in this story are real: the pub, the church, the school, even the goats. I took a lot of inspiration for the old manor house, Stretton House, and from the buildings at Bath Spa University, where I studied for three years. The whole estate at Bath Spa is owned by the Duchy of Cornwall—or Prince Charles, as he’s also known.

As for the game of cricket, well, to quote the Kinks, “It has honor, it has character and is British.” The idea for this story came to me after reading about Henry Chadwick, sometimes known as the “Father of Baseball.” This Henry was born in Exeter (about an hour away from Cheddar) and was a cricketer before moving to New York, where he became interested in baseball. I decided to reverse the story, take Henry out of New York and send him back to the southwest.

I suppose any novel is personal to its author but this one is especially close to me. I feel like the characters could walk off the page and into my life, blending seamlessly and maybe making things just a little more interesting. Thank you for letting a slice of my life into yours.

A
NNABELL
R
ICHARDSON
was a rich old lady with a wicked sense of humor. She celebrated her ninety-first birthday in the house she’d lived in since childhood, the same house that had stood proudly through two world wars and the quiet, gentle death of her family.

Nell, as she was known in the village, played bingo on Mondays, did her washing on Tuesdays, scrubbed her step (on ninety-one-year-old hands and knees) on Wednesdays, took lunch with the vicar on Thursdays, and went to the pub for a gin on Fridays. It was a routine as well-worn as the lines in her face.

Nell swore like a sailor and liked to read dirty books that she found in the local Oxfam charity shop. She hadn’t missed an episode of Coronation Street in thirty-eight years. She got ideas from television programs that her solicitor strongly advised her against implementing.

Nell Richardson rarely did as she was told.

T
HE
rain lashed down on the streets of Manhattan as Henry Richardson rushed for the subway. The message that had been left for him, summoning him to his lawyer’s office in the middle of the day, had been more than a little ominous. Despite all his instincts telling him to hide his face, he’d braved the weather and headed out.

Henry slicked his dark hair back as he looked up at the building, double-checking he had the right address. The offices of Dawson, Swan and Co. were small but suitably modern, and being a small, modern business, they had been happy to correspond with Henry mostly by e-mail. Inside, there was a young woman working reception who wore her blouse with too many buttons undone but smiled prettily at him as he gave his name.

“Go on through, Mr. Richardson.”

Gareth Swan—the beast of a man who spent more working hours out to lunch than he did in the office—invited him in like an old family friend. Gareth and Henry’s father had season tickets to the Yankees just two rows apart and had a long-standing arrangement for a beer together after every winning game. A Bronx native, Swan had built his own career and was proud of the fact he’d put himself through college, waiting tables to pay his tuition fees. Now a barrel-chested man of sixty-five, he was graying at the temples and rarely took cases any longer.

Henry’s case had been a special exception, at the request of his father.

“Come in, Henry. Sit down,” Gareth said, welcoming him with a warm handshake and carefully not staring too closely at Henry’s face. “Glad you found us okay. How’s your mother?”

“Distraught,” Henry said and tried to disguise the fact that rainwater was actually seeping through his jeans to his underwear. “Lou Lou died.”

His mother’s pet poodle had finally kicked the bucket, and, according to his father, she had been in mourning ever since. The house was full of lilies, and she was wearing nothing but black.

“Oh dear,” Gareth said with a hearty chuckle. “She always was attached to that dog.”

Henry managed a wan smile and leaned forward in his seat. “Please tell me they haven’t found anything else. I thought it was all being wrapped up.”

“It is,” Gareth said. “There’s nothing to worry about, Henry. The settlements are being finalized. Then we can be done with the whole messy business. I’ve actually been approached on another matter entirely. Normally, I dismiss these things right away, but considering the circumstances….”

“Tell me,” Henry said, not even bothering to hide his desperation.

“Thank God for that.” He relaxed a tiny bit.

“Henry, have you ever heard of Cheddar?”

Henry sat back in his chair, utterly confused. “No, Gareth, I’ve never heard of Cheddar. Or Somerset.”

With great relish, and with the swagger of a man who knew something, Gareth leaned forward on his desk. “Well, Henry, you might want to familiarize yourself.”

L
ESS
than a week later, Henry woke with a start as a woman—a flight attendant—placed her hand on his arm and asked him to buckle up for landing.

Groggily, he snapped the belt over his lap and pulled the thin blanket more tightly around his shoulders. He’d always hated flying, always found himself too cold, and his skin dried out horribly, especially with longer flights.

This was the last leg of his journey, from Amsterdam to Bristol, and he’d caught only a few hours’ sleep over the past twenty or so hours. His body and his head had no idea what the time was, and his split lip was throbbing where he’d bitten down on it while sleeping. This was the last of his injuries to heal, probably because he kept chewing on it by accident.

In the frequent moments when Henry wondered what the fuck he was doing, he carefully told himself the facts over and over in his mind, those, at least, being comforting to him.

But she was taking her time about it.

With spiraling private healthcare costs, she had reached the stage where her move to a nursing home was imminent, and her greatest fear was that her beloved family home would be sold to help pay the bills.

That was, unless she could pass the house on to a relative—any relative—in her will. Henry still wasn’t sure why she’d chosen him over one of his cousins, but Gareth was convinced that Mrs. Richardson wanted him to go first, before she considered passing the house on to anyone else.

Not that Henry was complaining. With the past few months he’d had, getting out of New York, even if it was just for a visit, was a tempting prospect.

When, through Gareth, Henry sent word that he was willing to go and meet the old lady, he was shocked at the speed of the response. His flights and travel visas were secured with surprising alacrity, making him wonder what was so important that he needed to be in England within a week.

For this trip, he’d packed relatively light, which for him meant two suitcases and his carry-on bag. He had no idea how long it was going to take, and, other than the fabled rain, he didn’t know what the weather was like during the British springtime.

It was early evening when he dragged himself and his luggage out of the airport terminal into a steady, misty rain. A short, squat man held a sign with his name on it, and Henry followed him out to a vehicle that was emblazoned with the cab firm’s logo: STDs. Underneath, in a smaller font, the full name of the firm—Somerset Taxi Drivers—didn’t really counter the first impression.

“You from New York?” the driver asked as they pulled out of the airport.

“Yeah,” Henry said, failing to keep the weariness from his voice.

As they made the journey south, Henry tried to keep awake, to watch the changing scenery as they moved through the rolling countryside, but his eyes were drooping. It only took thirty minutes before they were pulling up in front of a small building with bright flowers hanging from baskets either side of the door.

Trust No One by Alex Walters
Love in the Vineyard (The Tavonesi Series Book 7) by Pamela Aares
First Admiral 02 The Burning Sun by Benning, William J.
The Husband by Dean Koontz
Saving the Queen by William F. Buckley
Laid Out and Candle Lit by Everett, Ann
Sheik Protector by Dana Marton
The Mysterious Affair at Castaway House by Stephanie Lam
Evil in Return by Elena Forbes
The Mermaid's Pearl (Tears of the Deep Book 1) by Kennedy, Brooke