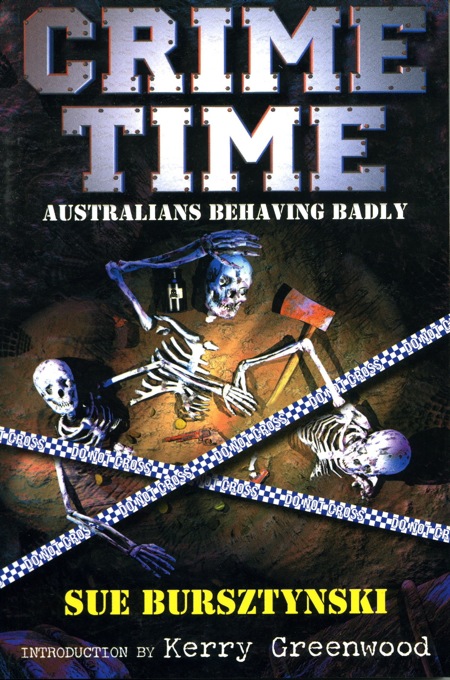 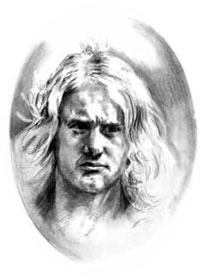 A collection of true Australian crime stories ranging from bushrangers such as Ned Kelly and Mad Dan Morgan through to serial killers, fraudsters and modern celebrity criminals. Crime Time contains details of the crimes, biographical details, portraits by Louise Prout and interesting trivia in Did You Know boxes.

Sue Bursztynski grew up in the beachside suburbs of Melbourne, where she still lives. For many years, she wrote fiction and non-fiction for small-press science fiction magazines before she won the Mary Grant Bruce Award for children’s literature and realised that what she enjoyed most was writing for young people. She has written nine books, one of which,
Potions to Pulsars: Women doing science,
was a Notable Book in the Children’s Book Council Awards. Another,
Starwalkers: Explorers of the unknown,
was nominated for the NSW Premier’s History Award.

When not writing, Sue works in a school in Melbourne’s western suburbs. She enjoys reading, music, handcraft and old science fiction movies.

Louise is an artist and illustrator. She has published over 28 children’s books and is currently illustrating the new Quentaris series.

Louise’s mother taught her, at a very early age, how to draw and capture likeness, mainly in pencil, pen and watercolour.

In 1993-94 Louise’s drawing career took off when she produced a best-selling calendar called ‘Tall Poppy Target’ Dartboard Calendar. This won the Australian Gift Award for that year. She then worked for sports magazines caricaturing celebrity personalities and politicians, before discovering and coming home to the delightful realm of children’s book illustrations.

This publication is copyright. Apart from any use as permitted under the Copyright Act 1968, no part may be reproduced by any process without prior written permission from the publisher. Requests and enquiries concerning reproduction should be addressed to Ford Street Publishing Pty Ltd
2 Ford Street, Clifton Hill VIC 3068.
Ford Street website: www.fordstreetpublishing.com

Printing and quality control in China by Tingleman Pty Ltd

To Mum and Dad, Mary, Gary, Maurice, Jo, David, Mark, Bianca and all the younger members of my terrific family

Monsters and Creatures of the Night Potions to Pulsars: Women Doing Science Starwalkers: Explorers of the Unknown It’s True! Your Cat Could Be A Spy

This is
Crime Time,
so get ready to discover Australia’s very own gallery of rogues – an Aussie litany of heinous crimes, dastardly deeds and terrifying tales…

The human race is extraordinarily diverse in its interests. Some people are captivated by shoes and clothes, some engrossed with football or cricket or snowboarding, some would never be parted from their music players and some cannot turn off their mobiles although their texting thumbs are weak with overuse. Yet everyone – whether it be reluctantly or eagerly – is fascinated by wicked misdeeds and illegal acts.

When I was a child my sisters and I would sneak looks at my father’s paperback copy of
The Encyclopaedia of Murder
by Colin Wilson and Patricia Pitman. It was kept in his wardrobe and we had to creep into the room and sit on the floor, hidden by the creaking wardrobe door, to read those terrible tales of blood and slaughter, of Jack the Ripper and the cannibal Alexander Pearce. How we shuddered with delicious fear when Pearce said he preferred human flesh because it was far tastier than pork. And we would read on, shuddering, until we were caught, or until it started to get dark and we had to tiptoe down the long, dim corridor after reading about the betrayal and massacre of the crew of the
Batavia.

These pleasures, these spine-juddering tales, are now laid out for you, and you don’t even need to hide behind the groaning wardrobe door to read them.

Within these pages lie Pearce the cannibal and murderous Frederick Deeming, here is Sarah Makin with babies buried in her garden and there is Caroline Grills with her poisonous desserts. Here is a gallery of dreadful deeds and matchless crimes, from a well-planned caper that robbed a club full of bookies of all their cash to the sickening Snowtown murders with their ghastly barrels of human flesh. Here too, are the shamelessly audacious – like Lola Montez whose spirited attempt to find a spider in her dress left her nearly naked before an audience of Gold Rush miners.

But do not be afraid of dangerous strangers. Most murders in Australia are still carried out by family members. By fathers, mothers, lovers and children. Listen out for the knock on the window or the footsteps on the porch but listen harder for the beating of your own heart…

I
n 1629, long before Captain Cook explored the east coast of Australia, a Dutch ship called
Batavia
arrived on the western coast. However, it wasn’t exploring. It was wrecked.

Batavia
was a beautiful ship on its first voyage. It was full of treasure, with soldiers and passengers on their way to Java, part of Indonesia. The captain, Ariaen Jacobsz, reported to the head merchant, Francisco Pelsaert. Third in command was a merchant called Jeronimus Cornelisz.

Cornelisz was a persuasive man who could talk people into doing things they would never normally do. He was about to do just this to a number of the crew. 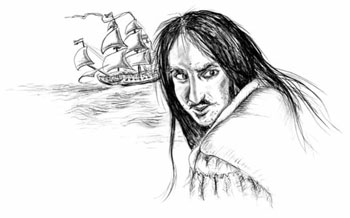 One of the
Batavia’s
passengers was a beautiful woman called Lucretia van den Mylen. All three men found her attractive. Pelsaert was in charge, so he got to be nice to Lucretia. Jacobsz was jealous.

At the Cape of Good Hope, there was trouble over Lucretia, who had been attacked by some crew members. Pelsaert had to discipline them. Jacobsz was also still angry with him.

For this and other reasons, there was going to be a mutiny. Cornelisz would lead it. The crew would kill Pelsaert and the soldiers and take over the ship. Not only would they get all that treasure, they could turn
Batavia
into a pirate ship. And Cornelisz would get Lucretia.

But the ship was blown off course in a storm and ended up near the Abrolhos Islands, off the coast of Western Australia. On 4 June,
Batavia
crashed on a coral reef. The
Batavia
was breaking up so the passengers and crew had to abandon the ship. There were three islands nearby. Boats took the women and children ashore, while the crew packed whatever supplies they could.

Unfortunately, they made the mistake of leaving behind most of the water. On the islands, there was some food, but no water. Pelsaert and some of the crew took the last of the longboats to look for water on mainland Australia. In the end, they went all the way to Java, over 1000 kilometres away, because the coast was too rocky and steep to land.

While they were away, Cornelisz took over. The water supply ran out. Eventually, it rained, but several people had already died of thirst. Cornelisz didn’t care. He had other plans. They would fix the ship. Those willing to sign an agreement with him to become pirates would live. Everyone else would die.

Cornelisz and his friends killed and killed, hacking people into pieces, drowning them, bashing them up. They murdered 125 men, women and children.

Meanwhile, a soldier called Wiebbe Hayes had led a small party of men to one of the other islands to look for water. They found it and sent a smoke signal up to let the others know. They had no idea what was happening on the big island until some men escaped the murderers and swam to their island.

Hayes knew he mustn’t let Cornelisz win. He and his small group of soldiers prepared homemade weapons and set up a stockade from which they could fight. Cornelisz and some of his men rowed to the island, but weren’t allowed to land. The battle went on for days. Hayes captured Cornelisz and some others.

On 17 September, Pelsaert returned with a rescue ship,
Sardam.
Hayes managed to reach it first, told his story and that was the end of the mutiny.

The mutineers were tortured for information. Some of them were taken back to Indonesia for trial, torture and execution. Others were executed right there, on the island, now called Batavia’s Graveyard, starting with Cornelisz, whose hands were chopped off before he was hanged. Cornelisz showed no regret for what he’d done, crying ‘Revenge!’ as they hanged him.

Only two of the mutineers were spared. One was a cabin boy called Jan Pelgrom de Bye, the other a soldier, Wouter Looes. Instead of being executed, they were taken to the mainland and left there.

Nobody knows what happened to these two killers. Maybe they died, or perhaps they were lucky and were adopted by a local Aboriginal clan. Perhaps they even have descendants today.

Australia’s youngest murderer was only seven years old. In 1908, Robert Davis of Irish Town, Tasmania, was arrested for the murder of his two younger brothers. However, when everyone realised how young he was, not even the prosecutor could bring himself to try a little boy and he was sent to a boys’ home instead.

The Instructor by Terry Towers
Let the Church Say Amen by ReShonda Tate Billingsley
Home Before Sundown by Barbara Hannay
Whispers of Bedlam Asylum (Sigmund Shaw Book 2) by Mark C. King
False Gods by Graham McNeill
The Morning After by Clements, Sally
Perilous Light by Alyssa Rose Ivy
The Witch and the Borscht Pearl by Angela Zeman
Color Me Bad: A Novella by Sala, Sharon
A Line To Murder (A Puget Sound Mystery) by Stover, Karla