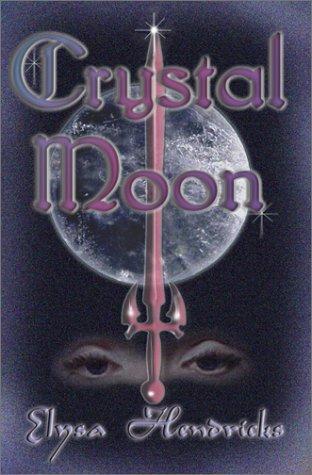 She was his dead brother’s lover and murderer, so how

When he reached down for the woman, Kyne had braced

himself, but unlike when he touched her before, this time he

sensed nothing. Her fingers felt cool and fragile in his grip.

thoughts. Through his heavy cape he felt her every movement—

the shift of her hips as she eased the strain of riding, the turn of

her head, the press of her soft breasts, the brush of her slippered

feet against his calves, and the feel of her small hands on his

waist. Her sweet, feminine scent drifted under his nose. His

body reacted, tightening in spite of his mind’s objections. Disgust

that he should desire this woman pooled on his tongue.

“Are you cold?” How could she be? Self-loathing made

him hot despite the crisp mountain air.

“No. But I am hungry. You did not allow me time for first

meal. Is starvation to be the punishment for my alleged crimes?”

As if in emphasis, her stomach rumbled.

Kyne restrained his smile at her tart words. “Reach into

my pack, and you’ll find a bag of dried fruit and a skin of watered

wine. Calm yourself. Until you are judged, you’ll not be

She squirmed behind him as she hunted through his pack.

answered. “Is that supposed to reassure me? Already I’ve been

abducted, dragged from the threshold of my bed chamber in

my nightwear, carted through the rain, terrorized and bruised,

accused of foul deeds and threatened with horrible retribution.

fit to be my judge and pronounce sentence on me?” She

straightened and spoke her last words directly into his ear.

“Forgive me if I prefer to remain agitated.”

Always and forever my hero.

Other Books by Elysa Hendricks

At the edge of her bedroom terrace, Sianna lifted her gaze

and breathed in the peace and solitude of the night. Above,

light bathed the garden in a white-gold glow, Dema remained a

“I wish my father would love me.” The night swallowed

her whisper but made no promises.

From behind, without a sound of warning, a strong arm

wrapped around her waist. The sharp, cold edge of a crystal

“Scream and I’ll cut your throat,” a woman’s voice rasped.

Sianna froze. “What do you want? Who are you?”

Sianna’s neck. She shivered at the contempt and hatred in those

“Do you understand?” The woman’s arm tightened around

The crystal blade moved a hair. A pinprick of pain, then

She swallowed and gave a brief nod. Through her thin

What choice did she have? Scream, and the guards would

come in moments. Could they halt the slice of the blade? Sianna

doubted it. Or would she allow herself to be abducted? A quick

death or the unknown?

Closing her eyes, Sianna reached out empathetically toward

the woman. Like others read words on a page, Sianna read

breathless. As always, she responded to the anguish with an

urge to soothe and heal. Her deep sense of empathy and the

healing skills she learned from the Sisters of Light, enabled her

to ease not only physical suffering, but emotional torment as

well. “Do you seek my help with your pain? If so, there is no

need for force. I’ll give it willingly. I am a trained healer.”

“Be quiet, or you’ll soon learn what pain is.” Her captor

shoved a gag into Sianna’s mouth, yanked her hands behind her

back, and lashed them together.

The choice was no longer hers to make. The force of the

woman’s shoulder in her middle knocked the air from her lungs,

but fear left her stunned. The woman threw Sianna over her

shoulder and strode off the terrace. Blood rushed to Sianna’s

In Kala’s fullness, Sianna had prayed for release from her

father’s control, to be free of his plans for her. She feared this

She lifted her head, and her view of the garden dissolved

into the night, replaced by the thick forest of the surrounding

countryside. Even the faint light spilling from the open door to

her room disappeared. Branches scraped her arms and legs

and snatched painfully at her hair as her captor carried Sianna

Her limbs grew numb from the lack of circulation. Dizzy,

she struggled to remain calm, to think rationally. All she could

manage was to breathe.

Sianna realized the hatred radiating off the woman in searing

waves was directed solely at her. Panic threatened to engulf

In a small clearing, the woman stopped and stood Sianna

on her feet. A saddled quinar waited. The dark, shaggy beast

stomped his hooves against the ground and shook his massive

head at their approach.

the woman snagged her arm and yanked her back. “Try to

escape again, and I’ll fix it so you’ll never walk again.” Her

captor flashed a knife in front of Sianna’s eyes. “Do you

Mesmerized by the glint of moonlight on the blade, Sianna

The woman mounted the quinar and hoisted Sianna up in

Responding to an unspoken command, the quinar sprang

forward. With powerful strides, the animal carried them rapidly

away from Sianna’s father’s compound and safety. The ground

became a blur. Trees whipped past. Hands bound at her back,

she closed her eyes and prayed for deliverance.

Much later the woman slowed the blowing quinar to a more

easily. If the woman asked, the beast would run until its heart

burst, such was its love and devotion for this woman. That her

Above, clouds gathered, obscuring the moons. A cold rain

began, quickly soaking through her robe and nightdress. Only

her inner thighs, pressed to the quinar’s coarse fur, and her

back to the woman’s chest, remained warm. She shivered, her

teeth biting convulsively at the gag in her mouth.

Her captor seemed oblivious to the downpour and the cold.

The intensity of the silence frightened Sianna more than the

threats or the crystal blade. Pain, fear and exhaustion had her

sagging against her captor, grateful for the meager warmth the

Questions flickered through Sianna’s mind. Why had she

been abducted? Where did they travel? What would be her

fate when they arrived?

Only her captor knew. Even if Sianna could pose the

questions, she doubted the woman would give her answers. A

shudder racked Sianna. She pushed uselessly at the gag clogging

her mouth. Lulled by the sway of the quinar, she thought of the

changes recently wrought in her life.

For all her eighteen years, Sianna had lived with the gentle

Sisters of Light, hidden away by a father who appeared to

have forgotten her existence. Under their care she grew and

learned their healing arts. Long ago, she gave up hope her father

would call her home, that she would have a family beyond the

sisterhood. She loved the sisters and her work but longed to

see the outside world. Sometimes the constant peace and

serenity wore on her. Though necessary for healing, the

Then a tenday before, without warning her half-sister, Laila,

stormed the peaceful enclave of the sisterhood as if conducting

a war campaign. Her intrusion changed Sianna’s life. Before

she could question or object, her meager belongings were packed,

and she was on the road.

Filled with hope and apprehension for the future, Sianna

found comfort in Laila’s kindness. During the trip, she eased

Sianna’s fears, protected her from the dangers of the trail and

made her laugh. Hungry for a family of her own, Sianna quickly

grew to love her brash warrior half-sister. Though Laila’s

emotions were hidden from Sianna, she felt that Laila returned

Home proved to be quite different from Sianna’s girlish

daydreams. No loving arms enfolded her, no laughter, no

warmth. Her father greeted her coolly, then avoided her

company. When she tried to reach out to him, he shut himself

behind mental walls she could not scale. She perceived a misery

deep in his ka, but he rejected all her overtures.

Once in their father’s castle, Laila shared her quarters with

Sianna, but not her thoughts. She became distracted. Shortly

after their arrival, Laila left, and their father retreated to his

rooms. No one would say where Laila had gone.

Sianna’s intuition screamed a warning, but she could find

no solid cause for her feelings of imminent tragedy.

Then that morning, her father emerged from seclusion. At

dinner he announced her coming marriage. Though shocked

and terrified, Sianna, trained in respect and obedience by the

good sisters, held back her instinctive denial of her father’s

edict. Only later did she seek peace on her bedroom terrace.

She had fled one trap and stepped into another.

When the quinar came to a halt, the jolt stirred Sianna from

her dazed state. The rain had stopped and dawn struggled to

break the night’s hold, casting a gray light over the clearing

ahead where a campfire gave off an enticing glow.

Dressed in dark, coarse clothing, their hair long and unkempt,

six men approached. An air of determination and menace

surrounded them. Their hard, merciless stares struck terror into

her heart. Sianna couldn’t stop her shudder of fear.

An impenetrable wall of hatred blocked her tentative

probing—hatred directed at her. Bile clogged her throat. She

The woman ripped away the gag. Dry heaves racked Sianna

as she gulped air.

One man stepped forward and grabbed the quinar’s bridle.

“You are a fool, Katya!” Ire warred with concern in the man’s

voice. “Were you followed?” He reached up. His large, battle-

scarred hands closed around Katya’s waist and lifted her down

Katya stood toe-to-toe with the man. His massive body

dwarfed her tall frame. “No, Graham, I was not followed. I

doubt she has even yet been missed. DiSanti’s compound is in

disarray, the watch lax, as if no one is in charge. The little fool

walked in the garden without guards. Did they think we would

not avenge Aubin?” Her voice broke on the last word.

Graham’s gaze softened. “You are wet and cold. Come

warm yourself by the fire. I will see to Deju.”

To Sianna, the man’s strained, gravelly tones spoke of his

regard for the woman.

Katya nodded, either unaware or uncaring of the man’s

love. She turned and grabbed Sianna, pulling her from the saddle.

herself with her bound arms, she landed face down. A twig

tore her cheek. Warm blood oozed from the scratch. Tears

sprang to her eyes.

A booted foot prodded her side. She tried to curl into a ball,

Bitten by Cupid by Lynsay Sands, Jaime Rush, Pamela Palmer
La canción de Troya by Colleen McCullough
My Secret Life by Anonymous
Desire in the Arctic by Hoff, Stacy
All I Want Is You by Elizabeth Anthony
The Somali Deception Episode II (A Cameron Kincaid Serial) by Smith, Daniel Arthur
Games Boys Play by Fae Sutherland
The Newsy News Newsletter by Karen English
Cry Me A River by Ernest Hill
Riptide (aka Bluffing Mr. Churchill) by John Lawton