Read Dance in the Dark Online 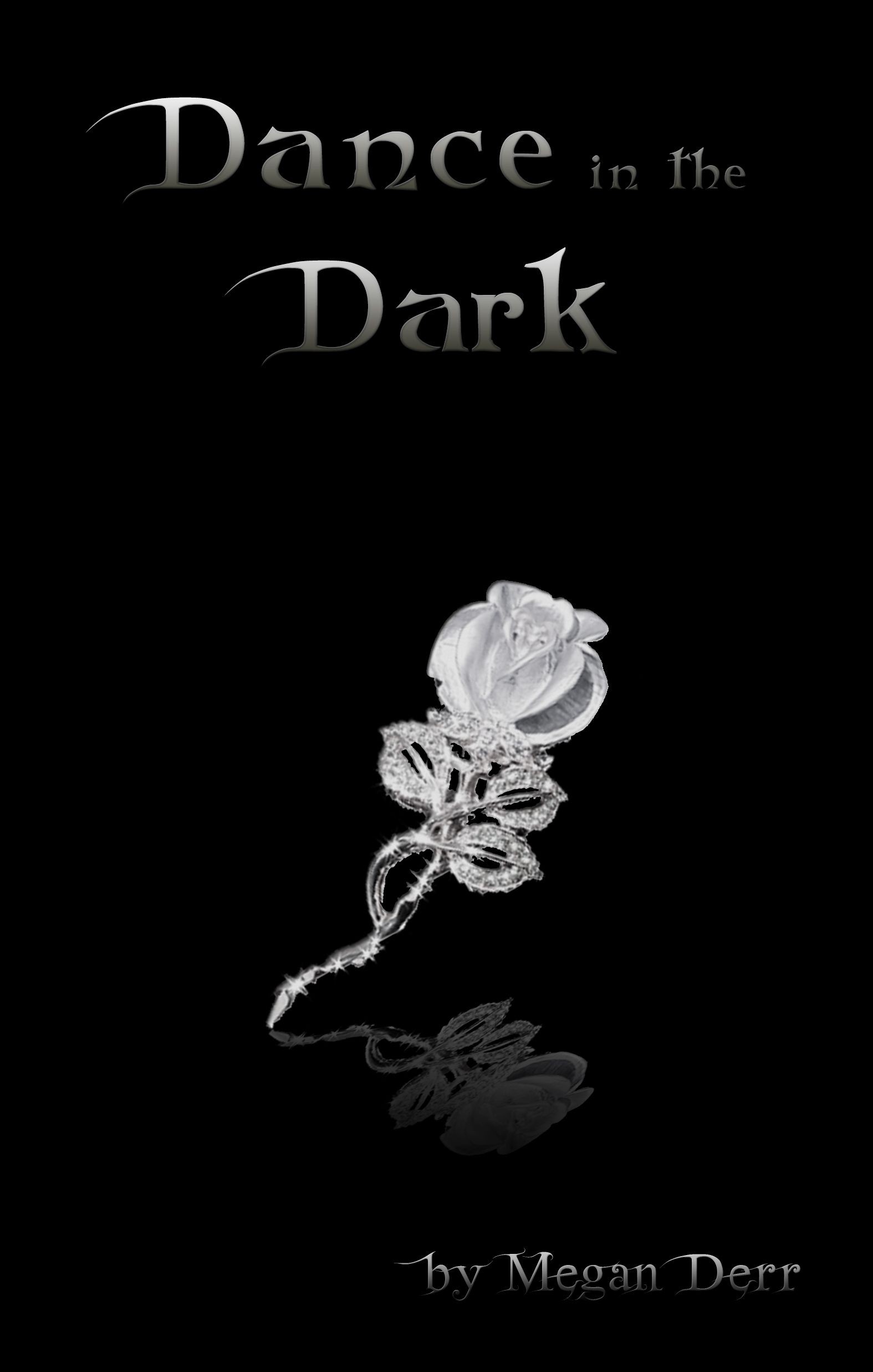 At the age of nine, Johnnie lost everything. A quiet, normal child, his life forever changed when his family was attacked by a blood-crazed vampire, leaving his parents dead and Johnnie an orphan.

Now grown, he is the cold, proud, beautiful—but very human—son of the Dracula Desrosiers, who took him in after the tragedy that befell Johnnie's parents. Constantly kept apart for being human, Johnnie chooses to bury himself in the two things he most loves—books and mysteries.

Then he is summoned by a friend to solve a mystery involving a pair of Cinderella slippers, and in putting one mystery to rest Johnnie only succeeds in waking several more...

Published by Less Than Three Press

All rights reserved.  No part of this book may be used or reproduced in any manner without written permission of the publisher, except for the purpose of reviews.

Johnnie is fond of spouting off quotes, and a handful of characters often quote lines right back at him.  Because I am nowhere near clever enough to know dozens of fitting quotes off the top of my head, I cheated.  Credit where credit is due, the following books were used in the course of writing
Dance in the Dark:

The Oxford Dictionary of Quotations by Subject
Edited by Susan Ratcliffe

William Shakespeare: The Sonnets and A Lover's Complaint
Penguin Classics

Riddle Me This: A World Treasury of Word Puzzles, Folk Wisdom, & Literary Conundrums
by Phil Cousineau

Case 001: The Devil in Glass Slippers

My life was normal until the year I turned nine. That year, I decided it would be the best of ideas to have a Halloween theme for my birthday party.

Until a bunch of odious teenagers in the neighborhood decided to crash the party in scary costumes and guarantee my friends would require therapy for the next several years. All my friends blamed me, and we stopped being friends. Given more time than I wound up having, things would have eventually eased, I like to think.

Then again, one kid was so severely frightened, he fled into the street and, we thought, home. He never arrived, however, and no one ever saw him again.

Looking back, I think at least half those 'teenagers' were abnormals. Real monsters, if you like. Some of them can be monsters. Some of them thrive on it.

About a week after the party that ruined my life, something else came along to show me I had no idea what it looked like to really see my world end. It was a vampire, straight out of the horror movies. I know now that something was wrong with her; she had become what they call blood-crazed. It happens to vampires occasionally, the way various diseases and mental afflictions happens to normals. Every race has its dirty, shameful little secrets. This particular blood-crazed vampire somehow got loose and killed several people in my neighborhood that night.

My parents were amongst the victims. I was next on the list, but another vampire came along and killed her. He was beautiful, and I did not realize at first he was just another one of her. All vampires are beautiful; it is how they hunt. I was confused, hurt, grief-stricken, definitely in shock, and he was my lifeline.

Two weeks later, my rescuer adopted me. My noble protector, taking me into his home out of remorse and duty. So began my life in the household of the Dracula Ontoniel Desrosiers, and in the abnormal world.

Of course, life still had one more hell in store for me. Shortly after arriving in my new home, I fell madly in love. Quite the thing to do under the circumstances, but I could not help it. Naturally, I fell for the most unreachable person in existence—my new brother, the Alucard Elam Desrosiers. When we met, I was nine, he was eighty-nine. I was permitted to call him Elam, eventually. I called him Ellie when I wanted to annoy him.

So, in less than a month's time, I lost my friends, lost my parents, was adopted by a vampire, and fell in love with a vampire. That seems to meet anyone's quota for weird in one lifetime, but I was far from done.

All I ever wanted, from the night of that terrible party, was my normal life back. I wanted to be back in a place where I fit. Once brought into the abnormal world, however, there is very rarely any going back. But, growing up a plain, ordinary human in a household of beautiful, powerful vampires teaches you pretty quick to get used to wanting a lot of things you will never have.

I was nine when my parents died, but I remember precious little of them. Easier to forget, perhaps, in order for my nine year old self to cope with it all. I do remember something my mother used to say, though, and it stuck with me. She said it a lot, when I tried to back out of something at the last minute, overwhelmed by fear. She said, 'you've made it to the ball, you may as well dance.'

~from the journal of Johnnie Goodnight

Case 001: The Devil in Glass Slippers

Johnnie straightened his black and silver tie, thumb sliding over the rose-shaped tie pin made of diamonds set in silver. The suit was tailored and the equal, if not the superior, to that of any snob in the room. Already a few people had cast inquisitive, nose-up glances his way, sensing a normal amongst their powerful, abnormal throng. They could not dismiss him entirely, however, not when he had clearly been invited, since there was no other way to get into Jesse Adelardi's parties.

He might be a normal, but in every other way he fit the part, right down to his costly clothes. His suit was a smoother black than his ink-dark hair, which was razored so the ends fell in jagged wisps around his face. His eyes were a dark charcoal gray, hard as he looked at the man beside him. "So, now are you going to tell me why you insisted I come? You know I hate costume parties."

Johnnie shrugged. "A rose by any other name would still be just as annoying."

"As though he ever does anything else," Johnnie replied with a slight grimace that was quickly smoothed away again. "I really do not feel like discussing him right now. Tell me why you dragged me here, or I am leaving."

Rostislav sighed at him, long and pointedly. "We are here to find a pair of shoes."

"I am leaving," Johnnie replied, and turning sharply on his heel, strode from the balcony where they had been watching the ball down below, out into the lobby of the casino where the party was being hosted. It was a beautiful building; his father often used it to conduct business or simply spend time with friends. The Last Star, it was called. It had the finest ocean view around, for those who could afford the rooms where that view might be obtained.

Generally, Johnnie loved being at the Last Star. Right then, he wanted no part of it. Masques creeped him out. Maybe he should learn to let go of childhood trauma … but, no, he really did not feel like it. The worst part about costumes was the not knowing. He did not see the fun in it. People were hard enough to understand, and abnormals harder still, without the additional challenge.

"Wait, wait, wait—" Rostislav grabbed his arm and forced him to a halt. "Come on, Johnnie. Don't stomp off in one of your hissy fits."

Johnnie ignored that. "I am not going to dig you out of whatever mess you have gotten yourself into this time, Rostiya. Do it yourself."

"Please?" Rostislav said, golden eyes pleading. "It's not what you think. I didn't start this mess."

"Start from the beginning," Johnnie said. "Tell me everything, and if you leave anything out, I am going home and will ignore you for a very long time."

Rostislav winced, knowing it was no bluff. "All right, all right. I was asked to consult on some old junk."

Old junk being Rostislav's rather flippant term for magical artifacts. The abnormal world was rife with magic-imbued objects that were never properly cared for or deactivated. Most were harmless, but too many were not. Rostislav, a witch of no small ability, consulted on the various objects people found and helped to render them harmless, or least find the person who could render them harmless. "In with the mess was a pair of shoes. Dancing shoes, made of glass."

"Cinderella slippers?" Johnnie asked, immediately intrigued despite himself. History was rife with ways for abnormals to hide themselves amongst humans and from each other. To save energy, many abnormals put spells into clothing, jewelry, or the like, that cast an illusion—a glamour—over the wearer.

Old legend held that a particularly powerful abnormal—no one knew what kind—had placed her spell in a pair of slippers made of glass. Ostentatious and stupid, but abnormals excelled at nothing so much as showing off while hiding in plain sight. "So we are looking for missing glamour shoes?" he asked. "They should not be too much of a problem."

"They aren't just glamour shoes, unfortunately," Rostislav replied. "Examining them revealed they were actually holding a demon. I put them in a spell cage while we went to lunch. When we came back, the shoes were gone."

"Wonderful," Johnnie said, and returned to the balcony, staring down at the people below, lips pursed in thought. "So somewhere down there, a demon is wreaking havoc with some Cinderella." He looked at Rostislav. "I do not see why this concerns me. You are the witch. Find it, fix it."

"I can't find them," Rostislav, blowing out a frustrated breath. "I've tried. I finally told Jesse—"

Rostislav glared at him. "Yes," he hissed. "Business is business, and I don't need you to lecture me. The shoes are what matter, and right now I need your help, all right? I didn't get to investigate closely what the demon had to do, to break free of the shoes. All I know is that they are Cinderella slippers, and this is Jesse's ball, so we need to find them soon."

"Let us hope that we figure out which tradition was used by the sorcerer who put a demon in a pair of slippers." He looked out over the crowd again, and murmured softly, "Shake and quiver, little tree, throw gold and silver down to me."

"So does this mean you'll help me? I told Jesse that I knew a clever little detective."

Johnnie rolled his eyes. "I am no detective. Finding the odd missing object and such for people does not a detective make."

"If you say so, Johnnie," Rostislav said with a smile.  "Let's find the slippers. It's entirely possible they're not even here."

Beyond the Pleasure Principle by Sigmund Freud
Moon-Faced Ghoul-Thing by Barry Hutchison
Mulberry Wands by Kater Cheek
Extinction Point by Paul Antony Jones
The Heartless City by Andrea Berthot
Slow Hand Curves (Big Girls Next Door Erotica) by Christa Wick
What I Had Before I Had You by Sarah Cornwell
The Cloud Pavilion by Laura Joh Rowland
Dewey by Vicki Myron, Bret Witter
Alrededor de la luna by Julio Verne