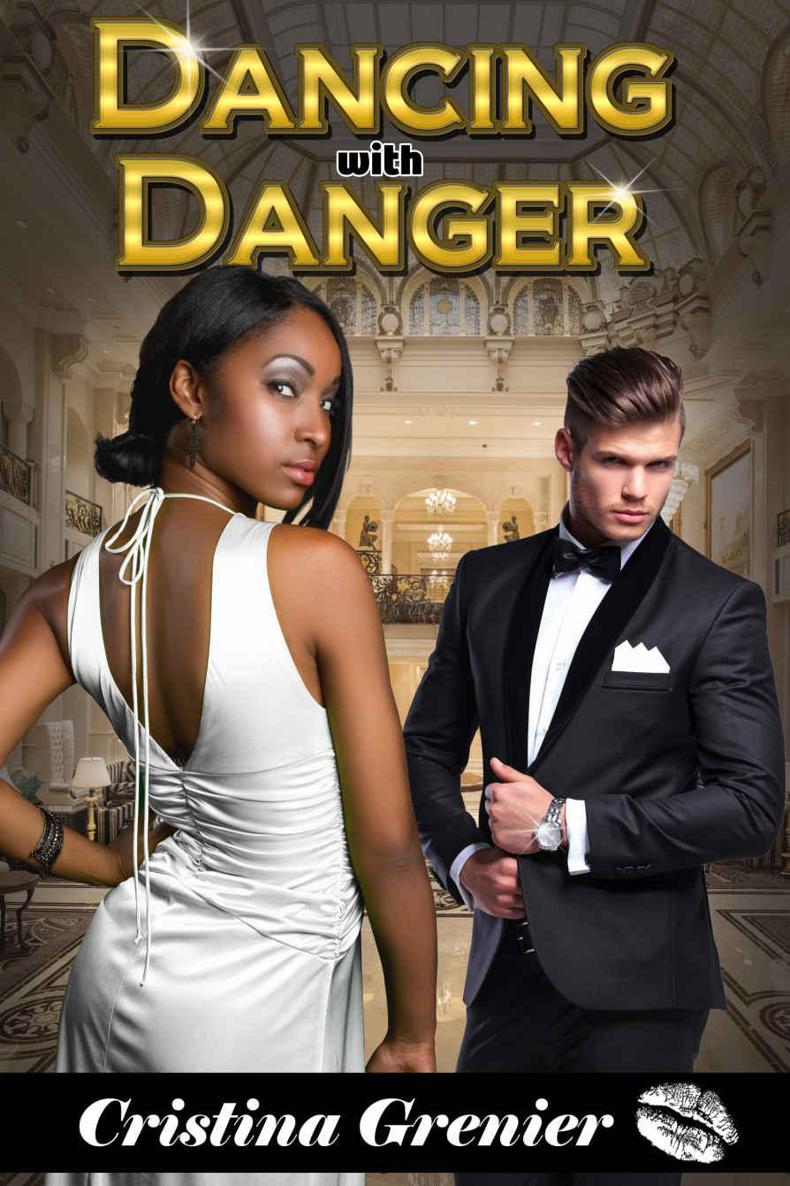 Chapter 3: Hope on the Horizon

Chapter 11: In the Thick of It

“Did everything go according to plan, Mr. Kingston?” Carlos asked as Dorian slipped into the car and closed the door behind him.

“As much as it could, I suppose,” Dorian replied, cut glass accent sharp and clear. He leaned back in his seat and buckled himself in, waiting for his bodyguard to get in the car as well. There had to be a check first, to make sure no one had planted a bomb of any sort under the car while it had been mostly empty, even if Carlos had been there the whole time.

“Standard protocol, Mr. Kingston,” the burly man had told him the first time he’d complained about it. It slowed him down and made him late, but the retort had been that they should just leave earlier and schedule time in for the checks.

Dorian, for all he could be hot headed and preferred not to be told what to do, had to admit that being late was preferable to being dead.

At the moment, however, he was ready to leave. Meetings with his accountant were always tedious, and he wanted nothing more than to get home and have a long soak in the hot tub and then maybe try out a new recipe in the kitchen after a long morning of discussing investment and charity opportunities with a dusty old man who cared more about where his money went than Dorian did.

He tapped his foot impatiently against the floor, fingers drumming on the armrest of the back seat of the large black SUV he was sitting in. It made sense that it took a while to check such a massive vehicle, but he was ready to move.

“That’s easy for you to say,” Dorian fired back, making a face. “You were born with the patience god gave a saint. The rest of us aren’t so lucky.”

Carlos smiled and shook his head, starting the SUV up when the bodyguard tapped the hood, giving the signal for all clear.

“Home, then?” Carlos asked as the bodyguard (whose name Dorian still didn’t know, even after having him in his service for over five months already) buckled in and shut his door.

“As quickly as humanly possible, please.”

They started moving, pulling out of the parking lot and onto the highway, and Dorian relaxed, pulling out his cell phone so he could reply to a few emails while they made their way home.

Beside him, the bodyguard shifted, showing the line of a gun inside the jacket of his blazer.

Dorian hated guns, he really did. He knew that all of his guards had them for his protection, so that if it came down to it, the only one to die in an altercation would be whoever was trying to kill him, but that didn’t make it any easier to be constantly surrounded by armed men and women at every turn.

His guards all had a similar body type. Tall, muscular, clearly able to handle themselves. Dorian spent time in the gym, but these men, and even some of the women, were all physically stronger than him and easily able to hold their own.

This one was no exception. Dorian was six feet tall, but this man made him feel like he was short. He had to be at least six and a half feet tall, and his sheer bulk was mind boggling. Dorian was close enough to him to be able to see that it was all muscle, and he wondered how the man found clothes that fit.

Someone else might have been intimidated by being outsized by most of his staff, but Dorian was very self assured. He might not have been able to bench press the weight of a grown man or two, but he was intelligent, and he paid all of their salaries. Without him, they wouldn’t even have the job, and that gave him a level of superiority over them.

Even if it didn’t, they didn’t talk much.

None of them were interested in idle chit chat while on the job, and Dorian couldn’t even imagine what they’d talk about anyway. Aside from Carlos, who’d been his father’s driver back in England and had come to the States with him after his father’s death, Dorian knew very little about the people in his employ, and he was fine with it staying that way.

“Not to alarm you, but I think perhaps we’re being followed.”

Dorian’s heart skipped a beat, and his eyes went wide. Back in England, attempts on his life had come frequently, most often when he was out with his father. Once his father had passed away, it had been decided that he’d move to America, and in the almost year that he’d been living in the States, there hadn’t been a peep out of the people who wanted him dead. It had been his hope that maybe with his father dead, they would move on. It was what they’d wanted, after all, the death of Ethan Kingston. Just because
they
hadn’t been the ones to kill him, didn’t make him any less dead.

But if they were being followed…

“How can you tell?” Dorian wanted to know.

Carlos tipped his head forward as he drove, changing lanes. “I recognize the car from your accountant’s office. It was there before we arrived and remained there the entire time you were inside. I knew we should have had Barney come to us.”

Dorian scoffed. “Between you and the guards, you’d have me never leave the house. It’s been months since someone has tried to do something. Not since Father died.”

“Doesn’t mean they gave up,” the bodyguard said in his deep voice. “Probably just means they were regrouping and getting set up over here.”

Swearing under his breath, Dorian turned his head to look. The car was indeed tailing them, but not so close that it was suspicious. It was a nondescript green Honda something or other, and he had a vague memory of seeing it on his way into Barney’s office building.

For several miles the car just followed, not picking up speed, but every time Carlos changed lanes, the car changed with them, and when he took a turn that definitely did not lead back to the house, the car was right there behind them when they merged.

“We can’t lead them back to the house,” Carlos said after several tense minutes.

“Plan?” the bodyguard asked. “They probably already know where the house is, but they’ve seen it’s just us three by now. They want to make this quick and not messy.”

“What does that mean?” Dorian demanded, voice tight with fear.

“Means they don’t want us to make it back to the house. They don’t know how much backup we have there, but they know they’ve probably got us out numbered here. At least at a disadvantage because they’re probably not worried about hurting people.”

“You don’t know that!” Dorian snapped.

“Getting hysterical isn’t going to help anything,” the guard said calmly.

“Then please tell, what I should be doing to make this situation less awful,” Dorian muttered under his breath? “I’m sorry that my life being in danger
again
is something I find alarming.”

In that moment he missed the old guards from England. They’d all known him since he was a boy more or less, and they treated him with respect. They’d practically been a part of the family, in a way, so there hadn’t been any of this awkwardness or them treating him like he was a child when he was afraid. Not even when he had been a child.

But now it was just this man who he didn’t know and Carlos, standing between him and whoever these people were. Surely they were the same people from England, regrouping here and making sure that he knew they hadn’t given up.

Well, bully for them.

The guard was reaching into his jacket and pulling out his gun, which was a sure sign that things were about to get messy.

Dorian wanted to snap at him to put that
away,
but the very real truth was that he was probably going to need it.

His heart was racing a mile a minute, and it was getting hard to breathe without wheezing. It had been over a year since something like this had happened to him, and then he always had his father and his father’s team of guards. They’d always made him feel safe, and the fact was that when he was younger and living in England, his father had been the target. They’d wanted
him
and his money, and had mostly left Dorian out of it.

Now they were back, and his father was dead. All of Ethan’s money was Dorian’s now, and the full might of the people who had wanted his father dead was now trained at him. It was terrifying, and for a moment Dorian wasn’t a twenty-six year old man.

He was a ten year old boy, huddled in the back of a limo, his father’s arms around him as the guards shouted at them to get down and keep their heads covered.

Glass had rained down around them as the shootout had started, and Dorian remembered crying into his father’s suit jacket, getting it wet and wrinkled because he couldn’t stop clinging in his fear. His father had stroked his hair and told him he was being so brave and that it would all be over soon.

His father wasn’t there to comfort him now, and Dorian missed him with a deep ache in that moment.

Now it was just him and Carlos and the guard whose name Dorian couldn’t even remember, and he was trusting them to get him out of this.

“We need to lead them somewhere,” the guard said gruffly, checking the ammo in his gun.

“Right. Take a left here. Mr. Kingston, you’re gonna want to get down.”

Dorian saw Carlos take an exit towards the more rural part of town before a meaty hand was falling to his shoulder and pushing down. He went to his knees on the carpeted floor of the SUV, breathing hard as the smell of the leather of the seats filled his nostrils.

Carlos swore and the sound of a gunshot and then glass shattering made him want to put his head back up, especially when the car swerved hard to the left.

“What was that?” he demanded.

“They shot out the side mirror,” Carlos replied. “Mr. Breckidge if you’re going to retaliate,
now
might be the time, I think.”

His voice was polite as always, but there was no denying that it very much was
not
a request. Another gunshot rang out, and Dorian had to fight the urge to clap his hands over his ears.

“On it,” Breckidge said, hitting the button to roll the window down. He leaned out just enough to aim and then fired, twice in succession. “That’s two down,” he muttered, leaning back in as more gunfire came from behind him.