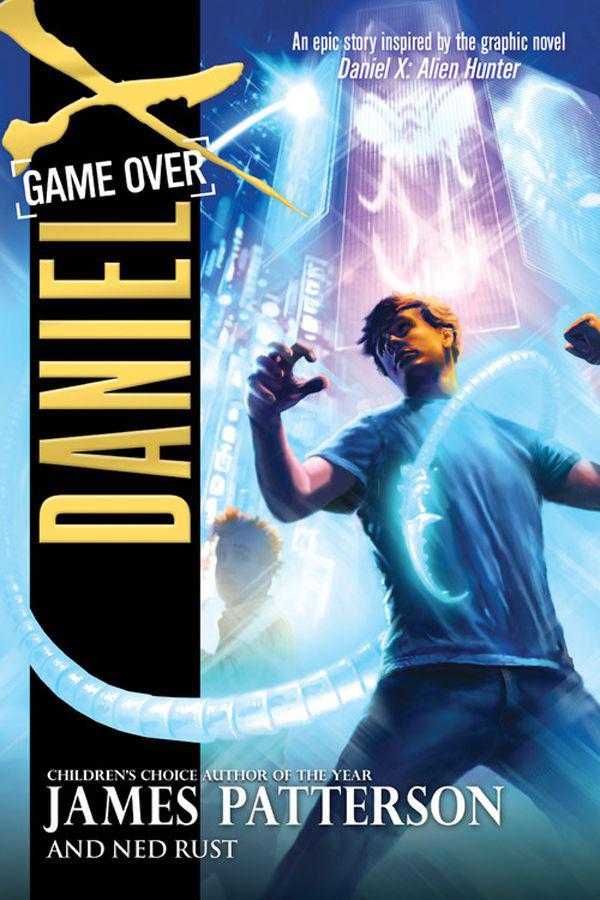 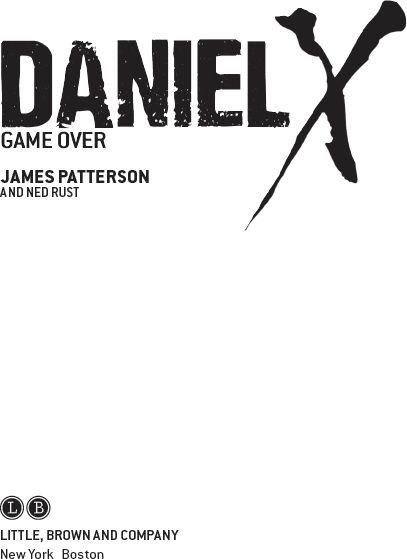 For Ruth, for knowing what’s what.

I mean, if you don’t even take the time to learn the commands before you start playing a high-end video game like Crown of Thorns IV—the celebrated first-person battlefield shooter with 140 million copies sold and more than twenty million totally obsessed kids playing online at any given moment—you should at least bring along
some butter and jam. Because if you’re going to be toast, you might as well make the most of it.

Of course, I could have cheated. After all, I am the Alien Hunter, legendary destroyer of the most evil extraterrestrials on Terra Firma (that’s Earth for those of you who are new to this stuff). I’m gifted with the ability to create and manipulate anything I can understand, which definitely would include something as basic as cheat codes. I could have given my character Iron Man–style weapons and armor, or I simply could have put my character in a less dangerous place on the battle map. But, like with any game, if you break the rules, it kind of detracts from the experience.

Plus, I was trying
not
to call attention to myself. I was hanging out at the Game Consortium, Inc., flagship store in the high-rise Shinjuku ward of Tokyo, acting like a normal, human teenage boy, doing things that normal, human teenage boys do when they want to play a video game. That includes drooling, grunting, hooting, and standing in line for more than an hour just to have a shot at the latest GC product offerings, as if I were waiting to get onto the Indiana Jones ride at Disneyland. Which is kind of what this place was like.

It was the most high-tech space I’d ever seen, outfitted wall-to-wall with the most cutting-edge gaming software ever devised. Like something you’d expect to see in a secret underground bunker or in NASA’s flight command center. The images on the floor-to-ceiling screens and at the holograph stations were crisper and more vivid than reality itself.

The kids waiting in line for a console were all agog in a freaky trance—sweaty, shaking, pale, wide-eyed—like hard-core drug addicts desperate for a fix. I couldn’t blame them. The GC’s game offerings were truly revolutionary. They always seemed to have better graphics, greater depth of play, and
way
more addictive hunt and battle scenarios than their competitors in the gaming market did.

How, you might ask? The explanation is actually pretty simple. You see, the GC was run by a couple of very, very clever
aliens:
Number 7 and Number 8 on The List of Alien Outlaws on Terra Firma.

In other words, by not one
but two
of my most devious mortal enemies.

YOU’RE PROBABLY WONDERING how I know the true identities of the owners of the Game Consortium. Fortunately, they’re not the only extraterrestrials with outrageously advanced high-tech devices. Allow me to introduce you to Exhibit A: a transcript
*
of a transmission I’d managed to intercept between Number 7 and Number 8 on my Intergalactic Frequency Sweeper 3000:

Female voice:
It’s me. Are we still on schedule?

Female voice:
The Mahlerian, then our special friend?

Female voice:
What a week this is going to be—three legendary species will fall!

Female voice:
You’re not at all worried about our friend?

Male voice:
In some ways, him least of all. His behavior to date has been quite predictable. He’s proved himself to be rather dull and unsophisticated.

Female voice:
Well, let’s hope he stays that way. If we manage to pull this off ahead of schedule, we may earn quite a hefty bonus from headquarters.

Male voice:
And then we can stop this ridiculous charade. I’m so sick of pretending to be human, I could explode! One more stupid press conference, and I may just pull out a blaster and go alien on their butts!

Female voice:
Relax, dear. Within the month, we’ll have to change their scientific name from Homo sapiens to No-mo sapiens.

This little exchange had been keeping me awake since I’d first heard it and was precisely why I had come to Tokyo. That snippet had made it clear that Number 7 and
Number 8 were possibly about to wipe the human species off the face of the earth. And on a personal note, I was pretty sure that yours truly was the “special friend” they mentioned. In other words, they knew all about me, and they weren’t exactly shaking in their alien booties.

According to The List computer—the alien-tech laptop that has been my bible since I started this gig—going after an alien in the top-twenty deadlies is basically a crapshoot in terms of whether you’re going to live or die. But The List isn’t some all-knowing machine. It’s just an encyclopedia of what we alien hunters and our friends upload into it. Kind of like an ultrasecret wiki about superpowered psychopathic aliens.

All The List had to offer about Number 7 and Number 8 was that the pair had spent the past few years masquerading as Earth’s ultimate power couple. In human disguise, they were known as Colin and Ellie Gygax, founders and owners of the Game Consortium, the biggest and most clandestine video-game corporation in the world.

The rest of the info I had was courtesy of Google: the video games created by the Game Consortium were so addicting that phrases like “brainwashing” and “mind control” were sometimes used by concerned parents and teachers when describing them. There were even stories of kids who acted out some of the scenes in the games and landed themselves in detention—or worse.

But GC hadn’t technically broken any laws—yet—so governments had done nothing to stop them. I knew it was time for me to act. Unfortunately, the GC’s computer
systems had proved impossible to hack from the outside. These guys were about twenty times more tech savvy than I was, so electronic surveillance was not exactly easy.

If I wanted to find out more about this place, I would have to get behind the scenes.