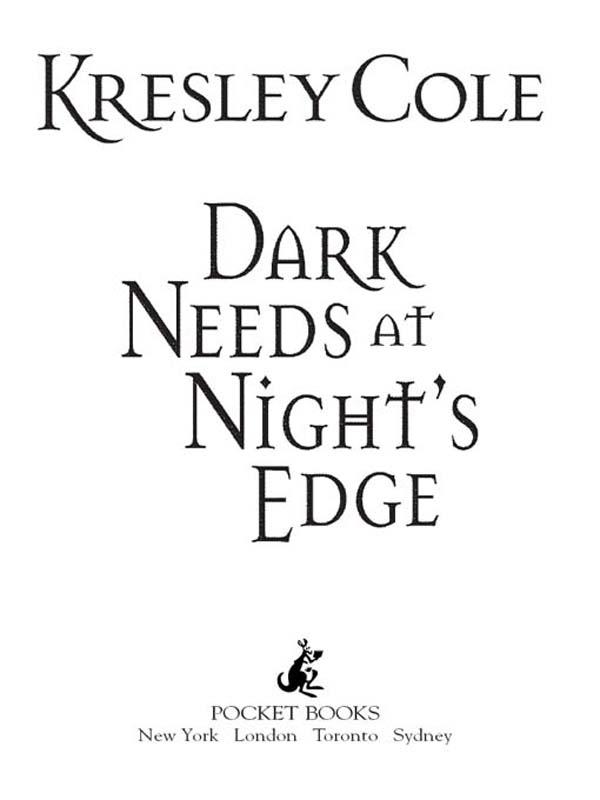 NO REST FOR THE WICKED

“What a fabulous story! I can hardly wait to get my hands on the next one in the series.”

“Oh, wow! Kresley Cole writes another spine-tingling, adventurous, and passionate romanceâ¦. I recommend readers grab a copy of Kresley Cole's
No Rest for the Wicked
today. It's a definite keeper.”

“With intense action, devilishly passionate sex, and fascinating characters,
A Hunger Like No Other
leads readers into an amazing and inventive alternate realityâ¦. Hot stuff!”

“Not just another romantic readâ¦it's a powerful experience!”

“A unique romanceâit truly stands on its own!”

And her gripping historical romances
featuring the MacCarrick brothers

“With power and passion, Cole completes her MacCarrick brothers trilogy with a bangâ¦. You'll be held fast in Cole's grip and utterly satisfied with every aspect of her story.”

“Cole steams up the pages and keeps you coming back for moreâ¦. It's impossible to resist these heroes and their stories. Savor every moment of another passionate tale from a queen of adventure romance.”

“Cole's voice is powerful and gripping, and
If You Dare
is her steamiest yet!”

“A deliciously entertaining read that kept the sexual tension high!”

“[A] classic romantic adventure that will leave you breathless!”

The Captain of All Pleasures

The Price of Pleasure

The Immortals After Dark Series

No Rest for the Wicked

Wicked Deeds on a Winter's Night 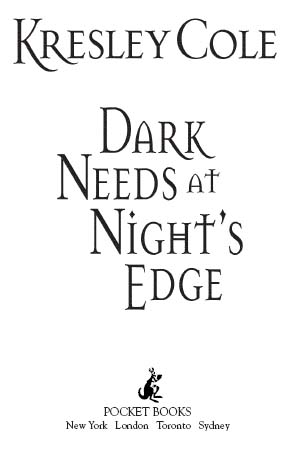 All rights reserved, including the right to reproduce this book or portions thereof in any form whatsoever. For information address Pocket Books Subsidiary Rights Department,
1230 Avenue of the Americas, New York, NY 10020

For Lauren,
my phenomenal editor and a dedicated champion
of the books. This is our tenth project together,
and it's still as crazy and exciting as the first.

Many, many thanks to my fantastic agent Robin Rue. So happy to be working with you. To Caroline Phipps, my steadfast friend who's always willing to do a midnight line-edit. To Gena Showalter, because my life's a more meaningful (and riotous) trip with you in it.

And to Roxanne St. Claire, a.k.a. G.U.F. Did I happen to mention you're my rock?

Glossary of Terms from the Living Book of Lore

“â¦and those sentient creatures that are not human shall be united in one stratum, coexisting with, yet secret from, man's.”

“A proud, strapping warrior of the Keltoi People (or Hidden People, later known as Celts) was taken in his prime by a maddened wolf. The warrior rose from the dead, now an immortal, with the spirit of the beast latent within him. He displayed the wolf's traits: the need for touch, an intense loyalty to its kind, an animal craving for the delights of the flesh. Sometimes the beast risesâ¦.”

Two warring factions, the Horde and the Forbearer Army.

“In the first chaos of the Lore, a brotherhood of vampires dominated, by relying on their cold nature, worship of logic, and absence of mercy. They sprang from the harsh steppes of Dacia and migrated to Russia, though some say a secret enclave, the Daci, live in Dacia still.”

“â¦his crown stolen, Kristoff, the rightful Horde king, stalked the battlefields of antiquity seeking the strongest, most valiant human warriors as they died, earning him the name of Gravewalker. He offered eternal life in exchange for eternal fealty to him and his growing army.”

“The demons are as varied as the bands of manâ¦.”

The House of Witches

“â¦immortal possessors of magickal talents, practitioners of good and evil.”

“When a maiden warrior screams for courage as she dies in battle, WÃ³den and Freya heed her call. The two gods give up lightning to strike her, rescuing her to their hall, and preserving her courage forever in the form of the maiden's immortal Valkyrie daughter.”

“A treacherous and grueling scavenger hunt for magickal talismans, amulets, and other mystical riches over the entire world.”

“Only through death can one become an âother.'”

“And a time shall pass that all immortal beings in the Lore, from the Valkyrie, vampire, Lykae, and demon factions, to the phantoms, shifters, fey, and sirensâ¦must fight and destroy each other.”