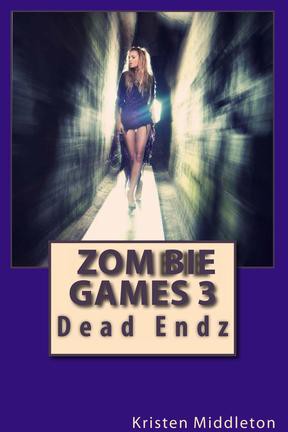 This eBook is licensed for your personal enjoyment only. This eBook may not be re-sold or given away to other people. If you would like to share this book with another person, please purchase an additional copy for each reader. If you’re reading this book and did not purchase it, or it was not purchased for your use only, then please return to Amazon.com and purchase your own copy. Thank you for respecting the hard work of this author

This book is fiction. Any resemblances of characters to actual people, living or dead, is coincidental. The author holds exclusive rights to this work. Unauthorized duplication is prohibited.

As always I dedicate this book to:

He opened his eyes and stared blankly at the gravel in front of his face. Clenching his teeth against the throbbing pain, he sat up and brushed away the tiny pebbles of sand from his cheek.

Where the hell am I?

It wasn’t every day that he woke up in an alley, sprawled out in the dirt. Nothing looked familiar and the silence was deafening. It was eerie how quiet it was; there weren’t any sounds from traffic, no hums from any of the nearby air conditioning units, not even a single bird chirping from the trees. He felt like he was in an old black and white episode of the
Twilight Zone
.

Sighing, he looked around, relieved to be alone in such a state of mind. Scratch that; there was a crow picking at a headless body nearby and three zombies staggering towards him, about fifty feet away.

He stumbled to his feet, watching incredulously as the figures edged closer along with their pungent smell.

His mind
was
foggy; in fact he couldn’t remember anything. Not why he’d been unconscious, why a headless man was lying right next to him, why dead people were walking above ground. Most importantly, he couldn’t even remember who the hell he was. From the pain in his head, he’d obviously been hit in the melon and it was making him forget all of the important details.

The nasty stench drifted closer; a mixture of rotten eggs and fresh dog shit. Yes, he could definitely smell which meant he wasn’t dreaming and from the look of things, kind of screwed.

One of the zombies moaned its excitement and it sent a chill up his spine. The damn thing was staring at him as if he was a succulent piece of Kobe steak served extra rare.

I don’t think so, buddy.

As the distance between them closed its face twisted into a sickly grin. From their hungry stares of all three zombies and their outstretched arms, they definitely wanted more than a hug.

He shook his head and smiled humorlessly
. The walking fucking dead…

Well, the two men and one female were beyond dead with their rotted flesh, missing appendages, grayish skin, and bloodshot eyes. But their hunger was alive and obviously…unsated.

It was then that he noticed the ax lying next to the neighboring fence. He walked over, picked it up and moved towards the zombies.

Twenty minutes later he was taking a cold shower in an abandoned rambler. The electricity wasn’t working, but fortunately the water was. After locking the doors, locating a few toiletries along with some clothing, he began washing the bloody grime from his body.

Cold showers sucked but it was better than nothing.

He closed his eyes as the icy water sprayed over his face, sighing as brief flashes of images popped into his head. One in particular was starting to really piss him off. Some soldier, a blond guy with a cocky grin who’d threatened someone close to him.  Someone named…Tex?

His mind went blank again and he smacked the shower wall in frustration. He was so close to something just dangling at the edge of his brain; something about Atlanta. He knew with certainty that it was vital he get to Atlanta.

Was he in Atlanta?

He had no idea which city or even state he was in. He’d have to look around the house for bills or other clues.

He finished the shower, wrapped a towel around his waist and then located some acetaminophen in the medicine cabinet. When his headache became manageable, he dressed in the faded Levis and a tee shirt he’d located in one of the man’s chests. Fortunately, they’d fit although the shirt, which had a pair of owl eyes and announced, “I love Hooters,” was a little snug.

His stomach began to growl so he headed down to the kitchen where he found a single can of ravioli. He washed the meal down with a warm bottle of beer he’d found in the fridge and belched his approval. Then he grabbed the ax and went into the garage, where he located another lifeline. Someone appeared to be looking out for him.

“Nice,” he said with a nod, admiring the black Harley V-rod the homeowner had abandoned. It was in excellent shape and had obviously been someone’s pride and joy. Now it was his ride to Atlanta and hopefully to some answers. Amazingly enough, even with his memory loss, he was quite confident of his riding abilities; he definitely knew bikes.

Fifteen minutes later, after locating a map he got on the motorcycle and headed towards his destination, which luckily, was only an hour away.

For what had to be the hundredth time in just
that
hour, Paige held back from using her bat. Her mom and Tiny were doing the kissy face thing, again, and it was driving her completely insane.

You’d think they were a couple of teenagers who couldn’t keep their hands off of each other,
she grumbled inwardly
.

The good thing, however, was that Tiny had kept her mom from smoking anymore of her beloved cancer sticks.

“Smoking is bad for you,” he’d scolded her mom playfully when she’d asked him to locate more cigarettes after running out.

“Oh, I think you’re bad for me too,” her mother had replied, with a pouty grin.

“Baby, I’m bad but I guarantee I taste better than a cigarette,” he chuckled.

“Okay…okay…okay…” Paige snapped, interrupting their banter. “Remember we are still back here, and there aren’t any puke bags in this vehicle. Either you two find an abandoned motel room or quit with the disgusting innuendos.”

Kristie turned around and frowned at her oldest daughter. “Paige, seriously? We’re just having some fun. You really have to lighten up, honey.”

“Lighten up? All of our friends are still MISSING. They could be lying dead in a ditch, somewhere, for all we know. And you two don’t even seem concerned in the least.”

It had happened soon after a devastated Bryce had carried Cassie back to the other SUV. Apparently she’d lost consciousness after being bitten by Eva, who’d turned into the Zombie Bitch from Hell. What was even worse was that Paige didn’t get the chance to take that final swing. She was cheated out of killing the only zombie that Paige would have given her right arm to destroy. Such irony and it was still eating away at her brain.

The attack on Bryce had occurred when they’d placed Cassie in the back of the SUV. A big black Dodge pickup truck had pulled up behind Dave’s and before anyone knew what was happening, there’d been guns pulled. As soon as the first shots were fired, Tiny had taken off like a bat out of Hell. Unfortunately, Dave’s SUV hadn’t followed as they’d expected. When Tiny had finally turned back around to see if Dave and Bryce needed any help, everyone was missing.

“Hey, we
are
worried,” said Tiny, tightening his hands on the wheel. “In fact, I feel like a total shit that I left those guys so quickly. It’s just that I didn’t want anything happening to you girls. And you too, gramps.”

Wanting to comfort her daughter, Kristie reached back, squeezing her lightly on the shoulder. “I know that you’re scared but you have to remember, they’re a tough group of people. In my heart I truly believe that we’ve just been separated for a little while. Before you know it, we’ll be in Atlanta and you’ll realize that everyone is doing just fine. Have some faith sweetheart.”

Paige turned away and looked out the window, willing her eyes not to tear up. “I hope you’re right,” she said.

“Your mom
is
right,” said Tiny. “And we should be in Georgia soon, anyway, so you can see it for yourself.”

Paige straightened up. “About that…Tiny, you keep repeating how we’ll be in Georgia every so often and yet we’re still not seeing any road signs confirming it. You’re not lost are you?”

Henry, who’d been sleeping, up until that point, cleared his throat and chuckled. “Of course he isn’t lost. He’s traveled the country and has probably been to Georgia a dozen times; right boy?”

Tiny, who was a pro-wrestler and would have probably pounded anyone else in the face that referred to him as “boy”, only nodded back towards old Henry. “Uh, yeah, gramps. I’ve been to Atlanta, quite a few times.”

“And you’ve actually
driven
there?” asked Paige, crossing her arms under her chest.