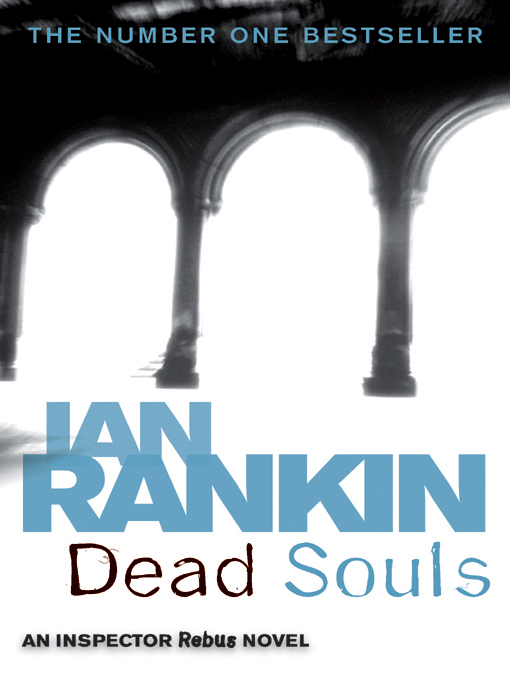 ‘Arguably no Scottish novelist since Sir Walter Scott has had the commercial and critical success that Ian Rankin now enjoys. He may even be said to have invented modern Scotland, or at least modern Edinburgh, for his readers, just as Scott did in his time … Rebus lives. So does Rankin’s Edinburgh’

‘Rankin captures, like no one else, that strangeness that is Scotland at the end of the twentieth century. He has always written superb crime fiction … but what he’s also pinning down is instant history’

‘The real strength of Ian Rankin’s work … is that it’s a good deal more than a crime novel. The genre is simply the wrapper in which a complex story of human flaws and frailty is contained’

‘The internal police politics and corruption in high places are both portrayed with bone-freezing accuracy. This novel should come with a wind-chill factor warning’

‘Ian Rankin’s Inspector John Rebus is one of the most realistic creations in crime fiction … [he] builds his story layer by layer until it reaches a gripping climax. This is a terrific read’

‘Ian Rankin is widely, and rightly, regarded as the leading male crime writer in Britain’

‘No other writer in his chosen genre is producing books as rich and comprehensive as this: Dickensian, you might say’

Born in the Kingdom of Fife in 1960, Ian Rankin graduated from the University of Edinburgh in 1982, and then spent three years writing novels when he was supposed to be working towards a PhD in Scottish Literature. His first Rebus novel,
Knots and Crosses
, was published in 1987, and the Rebus books are now translated into over thirty languages and are bestsellers worldwide.

Ian Rankin has been elected a Hawthornden Fellow, and is also a past winner of the Chandler-Fulbright Award. He is the recipient of four Crime Writers’ Association Dagger Awards including the prestigious Diamond Dagger in 2005 and in 2009 was inducted into the CWA Hall of Fame. In 2004, Ian won America’s celebrated Edgar award for
Resurrection Men
. He has also been shortlisted for the Anthony Awards in the USA, and won Denmark’s
Palle Rosenkrantz
Prize, the French
Grand Prix du Roman Noir
and the
Deutscher Krimipreis
. Ian Rankin is also the recipient of honorary degrees from the universities of Abertay, St Andrews, Edinburgh, Hull and the Open University.

A contributor to BBC2’s
Newsnight Review
, he also presented his own TV series,
Ian Rankin’s Evil Thoughts
. He has received the OBE for services to literature, opting to receive the prize in his home city of Edinburgh. He has also recently been appointed to the rank of Deputy Lieutenant of Edinburgh, where he lives with his partner and two sons. Visit his website at
www.ianrankin.net
.

Once I caught a train to Cardenden by mistake … When we reached Cardenden we got off and waited for the next train back to Edinburgh. I was very tired and if Cardenden had looked more promising, I think I would have simply stayed there. And if you’ve ever been to Cardenden you’ll know how bad things must have been.

Kate Atkinson,
Behind the Scenes at the Museum

Dead Souls
was wholly conceived and written in Edinburgh – the first time this had happened since Rebus’s initial outing in
Knots & Crosses
. The intervening novels had been written during my four-year stint in London, or else in the further six years spent in rural France. Now I was back in Edinburgh … and worried that I would no longer be able to write about the place. This was a realistic fear, too: I had used geographical distance to help me recreate Edinburgh as a fictionalised city. How would I cope now that I could take a short stroll and see what I’d been getting wrong all those years?

I needn’t have worried.

Dead Souls
is named after a song by Joy Division. As its title might suggest, it’s not a number you would dance to at weddings, unless you count the Addams Family among your in-laws. I was aware, of course, of Joy Division’s source material – the unfinished novel
Dead Souls
by Russian writer Nikolai Gogol. The phrase ‘tortured genius’ might have been coined with Gogol in mind. Having published the first half of
Dead Souls
, he ended up burning the drafts of its second half. Later on, he started work on the book again, until his religious teacher persuaded him to renounce literature altogether. So the latest version of the second half went up in flames again, and Gogol died ten days later.

My own book is divided into two parts, entitled ‘Lost’ and ‘Found’. Both begin with an italicised quotation from Gogol’s work, the one accompanying ‘Found’ being the last words recorded by him. The title of the book came to me early. I knew I wanted to write about MisPers – missing
persons. I had become interested in them when doing research for
Black & Blue
. In a non-fiction work entitled
The Missing
(which I had read because it contained passages about the Bible John murders), journalist Andrew O’Hagan had discussed the phenomenon of loss and the hole left in the fabric of our lives when someone vanishes. Inspired by O’Hagan’s work, I’d written a seventy-page novella called
Death Is Not The End
(itself a Bob Dylan title, but known to me through a contemporary reworking by Nick Cave). This novella had been written at the behest of an American publisher, who then seemed to find no immediate market for it. Worried that it might never see the light of day, I decided to ‘cannibalise’ parts of the story for my next full-length novel – which is why two versions of the story exist, albeit with different outcomes.

Okay, so I was ready to rework my novella into a novel. But another real-life story had caught my eye in the interim. On a rough housing estate in Stirling, the locals had been roused by news that a convicted paedophile was living quietly in their midst. The vigilante instinct took over, and the man was chased out. Two things struck me about this. One was that it continued the theme I’d touched on in my previous novel
The Hanging Garden
– namely, how do we begin to measure right and wrong? The other was that Rebus’s knee-jerk reaction to news of a ‘hidden’ paedophile would be the same as that of many people of his generation, class and philosophy: he’d ‘out’ the bugger, and damn the consequences. Well, I’ve seldom shirked a challenge: I wanted to see if I could change his mind about a few things …