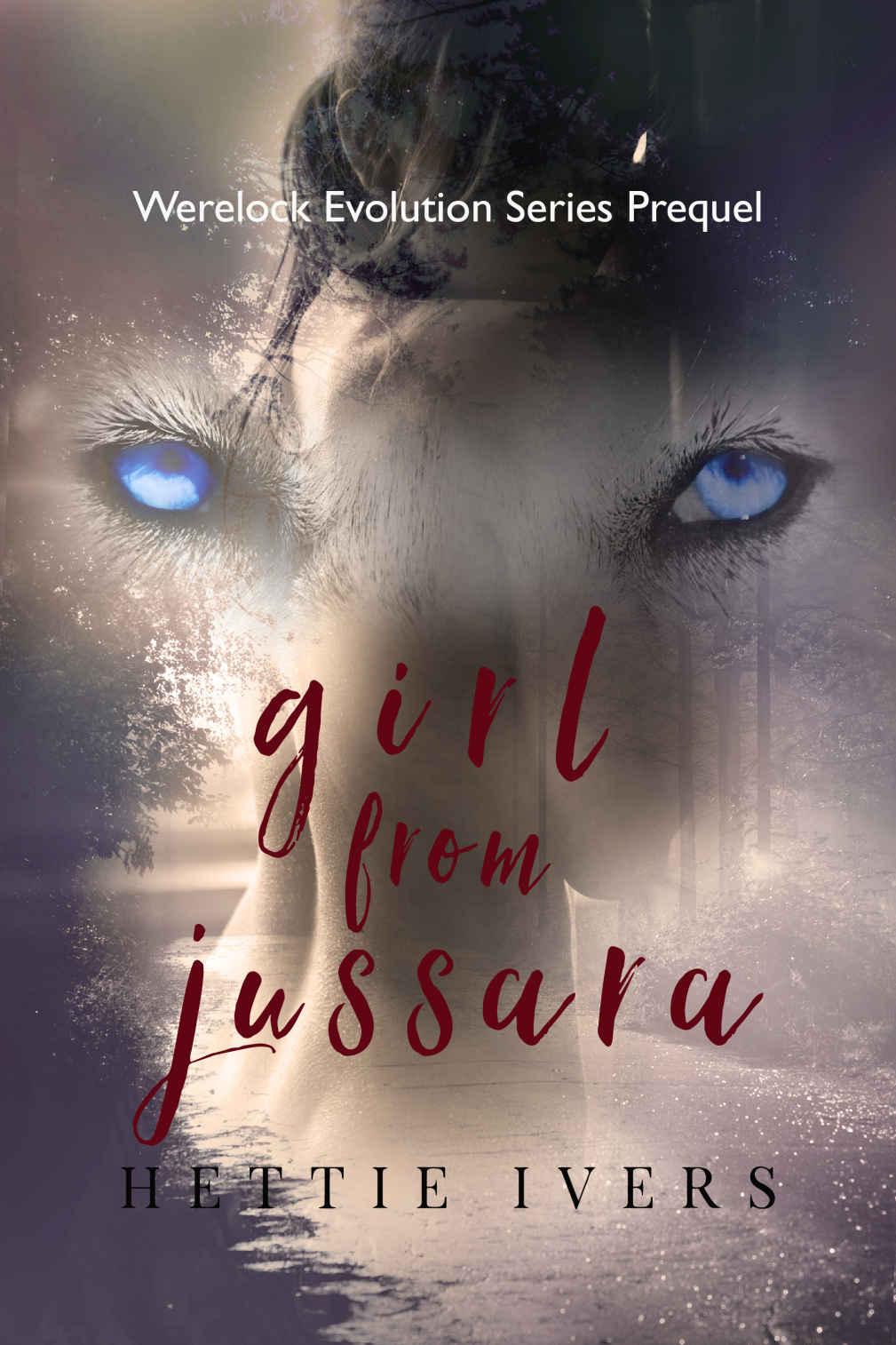 All Rights Reserved. This book or any portion thereof may not be reproduced or used in any manner whatsoever without the express written permission of the publisher, except for the use of brief quotations in a book review.

Please be advised that this book contains sexually explicit scenes and graphic language. If such content offends you, please do not read.

FBI Anti-Piracy Warning:
The unauthorized reproduction or distribution of a copyrighted work is illegal. Criminal copyright infringement, including infringement without monetary gain, is investigated by the FBI and is punishable by up to five years in federal prison and a fine of $250,000.

Excerpt from
Slip of Fate

“There’s a human girl from Jussara at the gates, sir. She’s demanding an audience with the Alpha.”

“And?” Alcaeus scowled down the side of his shoulder at the guard as he continued his long strides through the gardens, forcing the young wolf to keep pace with him.

“And … well”—the soldier cleared his throat—“we didn’t wish to bother you with such an inconsequential matter, but the girl has proven rather persistent.” When Alcaeus made no comment and displayed no interest in entertaining the topic further, the man added, “She’s slept on the ground curled up against the gate for three straight nights now, sir.”

“No. She is definitely human, sir,” the soldier confirmed, not catching Alcaeus’ wry humor.

Alcaeus sighed. “Let me guess, she has a terminally ill loved one she wants healed? She heard some rumors about our kind from a few superstitious villagers? Her town elder sent her here as a sacrifice for a good harvest?”

“No, sir. She claims to be carrying your brother, the Alpha’s, baby. And she’s insistent that her condition be evaluated by our ‘wolf baby doctor.’ ”

Alcaeus stopped dead in his tracks and then spun around, nearly knocking the young werewolf over before catching him by the shoulders. “What? No? There’s no way. Where is she? Is she truly pregnant?”

He wore a path into the marble floor of his brother Alex’s unnecessarily palatial study while waiting for the girl from Jussara to be brought in. It was a far cry from how he’d planned to spend his morning.

While Alcaeus assured himself the girl’s preposterous claim would no doubt prove false, it was nonetheless his duty to confirm this before denying whatever the imp’s true request and motive for the visit was and compelling her far from the property.

And on the off chance her claim was valid? He wasn’t actually sure what he would do with her. His ire rose as he wondered whether there was any possibility his selfish, arrogant little brother and Alpha had already known the woman was pregnant when Alex decided to take off on an extended business trip to Nepal, leaving Alcaeus to manage things and clean up after his mess, as was typical of Alex.

But no, it was impossible. Had to be. Alex maintained a general dislike for the pure human species, and Alcaeus had never known him to display even the slightest inkling of sexual interest in a human female before. He was quite sure Alex viewed coupling with a human as a form of debasement.

A shrill female scream and great ruckus in the hallway had him racing from the study a moment later to find a wisp of a human girl yelling and batting her fists against one of his guards, who appeared to be holding a large machete just beyond her reach above his head, while a second guard attempted to subdue her.

At first glance, she appeared to be an unfortunate, wild street urchin. She was disheveled and filthy, caked with mud and grime.

“It’s mine!” she shrieked at a pitch high enough to shatter glass. His wolf cringed. As did the man.

“Give it back to her, Tomas,” he ordered.

He hadn’t raised his voice, but his deep bass reverberated through the hall just the same. The girl’s screeching stopped as a sweeping silence fell upon the occupants of the hallway in response to the inherent weight of his command.

When a head of unruly, waist-long, jet-black hair framing a delicate, heart-shaped face turned wary, translucent green eyes to him, Alcaeus feared the absolute worst might indeed be proved to have passed. Because while she wasn’t far enough along to display physical signs of pregnancy, the girl’s scent confirmed she was in fact carrying a werewolf fetus. And she was, hands-down, the most exquisite-looking dirty street urchin he’d ever beheld. Not even his idiot, supernatural-prejudiced little brother would dare deny it.

“But, sir, she swung at us with it!” one of the guards tattled.

Alcaeus wasn’t sure which coward spoke, because his eyes were glued to the girl’s.

“Give it back to her,” he repeated, crossing the floor to get a closer look and whiff of her.

Sea-glass green eyes widened in alarm at his approach. The smell of fear thickened in the air. He thought he might be sick. He stopped, not wanting to frighten her any more than he already was. What had his asshole brother done to this girl? Reluctantly, he tore his eyes from hers long enough to pin them on the guard who still held her machete, wordlessly letting the kid know there would be consequences if he had to give the order a third time.

When Tomas lowered the weapon to her, she grabbed onto it with both hands, shooting the soldier a nasty glare before backing up several steps, her recovered weapon held defensively in front of her at the ready.

“I’m Alcaeus.” He inclined his head in greeting. “Why don’t we talk in private?” He gestured to Alex’s office. She stared at the open office door, then back at him. Her eyes flew back and forth several times, sizing him up like a scared, cornered animal.
He would murder his brother.

Pride warred with self-preservation as she took in the size of the wolfman who appeared to be in charge of this pack. He was big—larger than the other guards. Tall and densely muscled, he was built much like the one who had ravaged her entire world. The beast who still haunted her nightmares.

Brandishing the machete in one unsteady hand, she smoothed a wayward clump of dirt-matted hair from her face and fidgeted with the wrinkled folds of her shirt with the other, buying a few moments of precious time as she gathered herself and assessed her options.

“You—you have a wolf baby doctor here?” she checked, pleased when her voice came across steadier than expected.

“I will speak to the wolf baby doctor,” she told him.

“You will speak to me first,” he countered, once again motioning to the open study.

She swallowed. “Alright. But I haven’t much time,” she tacked on. “And I have powerful friends who know I’m here. They will come looking for me if I don’t return within the hour.”

Tomas guffawed outright at the absurdity of her bluff. “You’ve been camped outside our gate for days. Not a soul has come looking for you,” he sneered.

“Tomas!” Alcaeus scolded. He jerked his head in dismissal at both wolves. “Leave us.”

When they were alone in the hallway, Alcaeus assured her, “I’ll make certain we don’t keep you too long from your friends.” His arm extended toward the study in invitation. “After you?”

But the girl worried her lip and refused to budge. “You first,” she challenged, pointing the blade of her increasingly unsteady machete at him.

Hoping to ease her fear, he didn’t hesitate to offer her his back and walk on ahead into Alex’s office. Seating himself behind the desk, he waited, analyzing the pattern of her breathing and the music of her heartbeat for a full minute before she finally joined him in the room.

Under the girl’s casual scrutiny, Alex’s office felt embarrassingly ornate and formal. Alcaeus shifted in his high-backed leather chair behind the large desk, belatedly wishing he’d ushered her into a less ostentatious lounge or sitting room instead.

But after taking it all in with wide eyes, she swiftly rolled those eyes and, with a snort, plopped down into the guest chair on the opposite side of the desk, settling her weapon carefully across her lap. The girl was a mass of contradictions, and Alcaeus found himself wanting to unravel and dissect every single one. He forced himself back on task.

She opened her mouth to answer, then shook her head, tossing a look of cool condescension his way as if to imply he was out of line for asking such a thing.

His brow quirked. A brusque chastisement nearly rolled off his tongue, but he squelched it. She was plainly terrified and posturing for some semblance of control in a situation where she had none. Frightened as she obviously seemed to be of their kind, it was a testament to just how desperate for help she truly was that she’d been begging at their gates for four days and three nights. He noted the gauntness of her cheeks and the dark circles accenting her otherwise brilliant, hauntingly beautiful moss eyes. She was malnourished and exhausted. Alone and pregnant. And with a child of an evolved species, who would always belong to a different world than she did.

“How did you meet Alex?” he asked instead.

Her brows convened in puzzlement. “Who?”

“Alex. The Alpha of our pack.”

“Not lately.” It was his turn to frown. “Believe me, I would remember putting a baby inside of you. I promise you, you’d remember me doing so as well.”

The girl’s expression volleyed between confusion, horror, and embarrassment, until finally her mouth formed a small “o.”

Relief washed over him. “It wasn’t our Alpha who impregnated you?”

Her olive skin turned an enchanting shade of summer turnip. “Uh-uh.” She fidgeted nervously in her chair, displaying her growing mortification. “I’ve never met your Alpha. I ... just … one of your guards the first night … he got … handsy. And I know how you dog people are territorial, so I thought he’d back off if ... ”

One hand abandoned her weapon to settle over her abdomen in a protective gesture as her doe eyes appealed to the carvings on the ceiling, to the marble on the floor, to the knick-knacks decorating Alex’s desk. Everywhere but him.

She was but an adorable, shy girl at heart—a precocious innocent on the cusp of becoming an enticing woman. The handsy guard would lose his hands.

Her restless eyes jumped to his at last. And when they held, the rest of the world stopped for him.

That it wasn’t his brother Alex’s baby growing in her womb was a blessing indeed. But the fact that another male werewolf had thought to rut and impregnate such a small, fragile-looking human girl was more infuriating to him than he possessed the ability to mask.

Stories We Could Tell by Tony Parsons
Falling to Pieces by Jamie Canosa
Taste of Torment by Suzanne Wright
A Long Road Back: Final Dawn: Book 8 by Darrell Maloney
Origin by Dan Brown
1 Target of Death by Madison Johns
American Fighter by Veronica Cox, Cox Bundles
Tea and Cookies by Rick Rodgers
The Search for Artemis (The Chronicles of Landon Wicker) by Griffith, P. D.
Anne of the Fens by Gretchen Gibbs