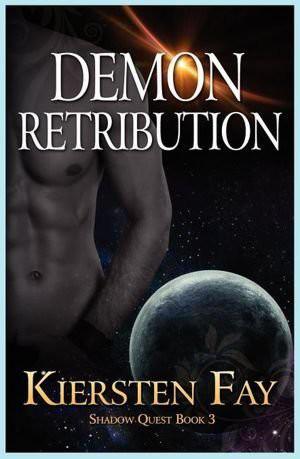 This book is a work of fiction. All of the
characters, names, and events portrayed in this novel are products
of the author’s imagination.

This ebook is licensed for your personal
enjoyment only, and may not be re-sold or given away to other
people. If you would like to share this book with another person,
recommend them to Kiersten Fay’s website above, where they can
purchase a copy for themselves.

Thank you for respecting the author’s hard
work,

Kyralyn watched as little Analia played
under the massive oringa trees. Her younger sister’s infectious,
child-like laughter tingled in the cool morning air. She was
chasing a tree knoth—a harmless little thing, with black eyes and
long, skinny limbs for climbing. Its skin was a perfect likeness of
the rough bark. The game wove through gnarled tree roots that
arched over both their heads.

The knoth scurried, as if playing with its
stalker, around and around the massive trunk. Analia didn’t mind.
She screeched with delight whenever she got the slightest bit close
to her prey.

Kyra couldn’t help but to laugh.

The canopy here was so thick with leaves
that a delicate green hue covered every surface, and only the
tiniest pinpricks of light from the double suns peeked through.

She took a seat on one of the lower roots
and contemplated what her father had said the day before. Sure, he
was growing older, but he was still, by any standard, in his prime.
Seven hundred years was nothing, really. A much better age for
ruling than her mere twenty-two, undoubtedly. How would anyone
favor her with confidence when she was still so new?

Analia crawled under her
makeshift chair and demanded, “Ki-ki, help
cash
him.”

“
My dearest sister, how can
you possibly know if it’s a him?”

“
Oh, alright then. But I
think he is too fast for me.” When her sister’s lip quivered, she
quickly added, “Perhaps, if we come back with some treats, he will
come to us.”

Analia considered this for a moment. “’Kay.”
She turned to the knoth, who was now perched on a low branch,
eyeing them. “Stay here. O’kay? I bwing some yummy tweets, and you
sit in my hand. O’kay?”

The knoth tilted his head.

Kyra took Analia’s hand, and they made their
way over the uneven terrain. They hadn’t taken more than a few
steps when they spotted their sister, Nadua, racing toward
them.

“
What is the matter?” Kyra
asked at seeing her expression.

Nadua huffed. “Come quickly!” She lifted
Analia into her arms and set off in a hurry.

“
Father had a vision. I
overheard him speaking with Mother and the council.”

“
I don’t know, but…his
voice…I’ve never heard Father sound like that. Whatever it is, it’s
bad.”

Analia’s eyes widened and then shot to the
sky. “I don’t like them,” she whispered.

Pushing to their feet, they sprinted toward
the palace.

Inside, chaos reigned. People raced in every
direction, terror in their eyes. “Where’s my father?” Kyra demanded
of anyone who would stop for more than a few moments. “Where’s the
King?”

“
I don’t know, Princess,” a
terror-stricken maid answered before darting away.

Nadua raised her voice above the noise.
“This way, Kyra!”

As Kyra pushed her way through the crowded
hallway, she heard another loud blast. Out the window, pillars of
smoke rose from scorched chunks of land. Shadows loomed, scattered
and sweeping over the treetops. She couldn’t see what was causing
them.

She followed her sisters into the throne
room. People were gathered, hollering. Kyra couldn’t make sense of
any of it.

Her mother broke through the mass to embrace
all three of them. The hug felt wrong, desperate.

She whispered in a rush, “We are under
attack. Your father thinks there is no hope.”

Kyra’s heart plummeted, and she couldn’t
find words. What could one say to that? Her father’s visions were
powerful. If he could not see a way to save them, then it did not
exist.

She swayed on her feet as a wave of nausea
bubbled. People had gathered, shouting all at once.

“
We should take to the
mountains!”

“
And leave the people
without protection?”

“
Perhaps these aliens can
be reasoned with?”

“
If they were reasonable,
they would not be attacking now, would they?”

Her father sat slumped, defeated, upon the
throne. She had never seen such sorrow in his eyes. Something
tickled her cheek. She wiped away the stray tear.

Another distant boom shook the walls.

Weaving through the crowd, Kyra approached
him. “Father?” He did not look up. “Father, please.” Her voice
shook and his eyes lifted to her.

“
I am sorry, my daughter. I
have failed…everyone.”

For a moment, words escaped her. “There must
be something we can do?”

The King shook his head. “There is not. No
path can help us.”

“
There must be! Look
again.” She lowered her voice. “Please, just look
again.”

He lowered his gaze and dropped his head,
but then he gave the slightest nod. “I’ll try.” He took in a long
breath.

The people in the room were still screaming
at each other, demanding they be heard while ignoring the voices of
others.

Kyra turned and raised her hands to the
room. “Quiet!”

The crowd went silent. All eyes focused on
her and the king.

“
Kyra dear, give me your
hand,” her father said.

She obeyed, placing her palm in his. Her
mother came forward quietly and, without being asked, slipped her
fingers into his other outstretched palm. Nadua placed Analia on
his lap, and she curled into him while Nadua closed the circle
between them.

The room grew extraordinarily still. Not a
breath sounded. Long moments passed as their father’s eyes moved
rapidly behind tight lids. Every-so-often, his head cocked, yet his
face revealed nothing.

Kyra tried to remain patient, but the
continued booms from beyond the walls were a constant reminder that
they were out of time.

When his eyes flashed open, they were no
longer his. In their place was a black abyss, with minute bursts of
color.

The throne room came to life as the supplies
were passed forward. The King began writing a sequence of
numbers.

Eyes still vacantly searching, he tore off a
small piece and handed it to Kyra. “Take the smallest shuttle and
program those coordinates. They will expect guards to accompany any
royals, so you must go alone, or they will target you.”

“
But, where will this take
me?” She studied the random set of numbers.

“
I see a planet, green. You
will…survive. There is no time to explain further, you must go now
or we are lost.” His dark eyes narrowed, looking as though he were
concentrating very hard. The black behind his lids swirled. “You
have five minutes. Ethanule!”

Ethanule was suddenly by her side, bowing.
“Yes, Your Majesty.”

“
Escort her. She’ll need
supplies for a long trip.”

“
I will see to it, Your
Majesty.” Ethanule gestured for her to follow.

The king stood then, and wrapped his arms
around her. “Safe journey, my child.”

Her mother claimed her next, tears streaming
down her face. “I love you,” she breathed.

Her father replied, “I have more yet to see,
but…it may work.”

Kyra gazed into his eyes, still blank, yet
revived with hope. She nodded, trusting him completely.

Nadua’s arms came around her. Then she snuck
a peek at the numbers, hopeful to gather some information. By her
expression, they meant even less to her than they did to Kyra.

Before she allowed Ethanule to lead her out
the door, she kissed Analia on the forehead, promising to return
and help her catch the knoth—unaware it would be the last time she
saw her family.

It was always mystifying when the park
seemed absent of life, while far away sounds of the city clamored,
and buildings sprouted, lifelike, above the tree line.

Two contradictory landscapes hammered
together. Neither belonged with the other, yet they coexisted
nonetheless. It was an odd kind of clash that somehow worked
harmoniously in its opposition.

Kyra sat on a cool bench, taking in the
early morning sun that gleamed off the infinite high-rise windows.
Around her, the soft chirping of creatures, hidden within the lush
greenery, mingled with the distant honking.

It was as if this place was unsure of what
it was, and had yet to make up its mind. This was a place that
moved, defiantly, at its own speed, while chaos wound around it.
Where one could be odd and unnatural, and no one would notice, or
care.

A place to be alone.

She loved it here.

Occasionally someone would stroll by, or
stop for a moment to appreciate the splendor of the pond at her
front, and then they would move on. She’d pay them no heed, and
they likewise.

Some might think it unfathomable to find a
refuge where one could feel alone in a city so populated. But then,
being the only one of her kind, it wasn’t a difficult endeavor

She sighed when it was time to leave and
slung the strap of her satchel over her shoulder. Zoey would be
waiting and wouldn’t appreciate if she were late again. For Kyra,
working as a barista was nothing more than a distraction, a means
to pass time. But for Zoey, it was a livelihood.