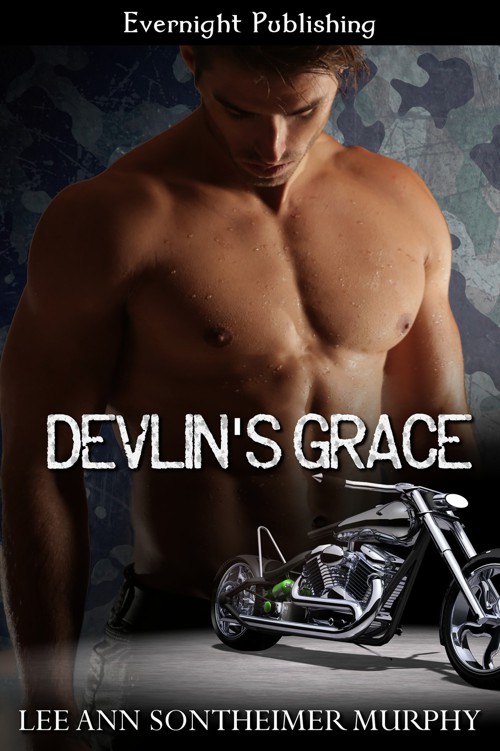 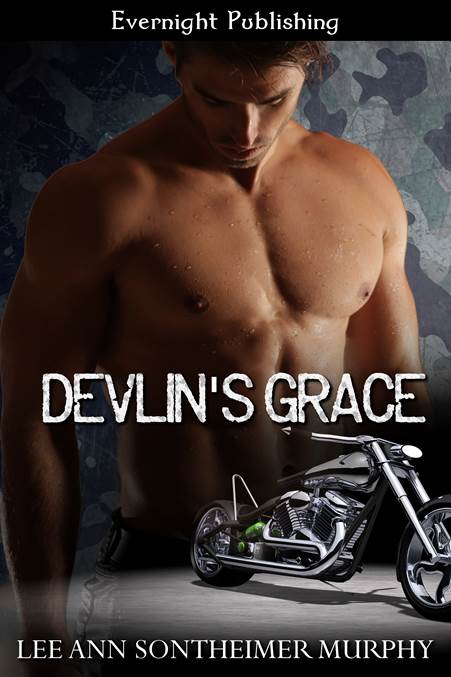 To
all the soldiers, sailors, and other warriors who have served their country in
combat, you are not forgotten. To all those who suffer from
PTSD
including my late grandfather, Claude Roberts, who served in the Pacific during
World War II, we remember and we love you.

Devlin
conjured her out of nothing but imagination.

Creating his dream woman consumed his rare moments of free time and when
he’d finished, she possessed every quality he ever wanted.

He didn’t name her.

He couldn’t, because it’d make her seem too
real.

But her long, dark hair with
natural highlights cascaded down her slender back in curls.

He dreamed of her wise, blue eyes and her
fair skin with a few freckles.

Her
generous lips were rich pink, and her small hands fit into his big paws with
simple ease.

Devlin’s
woman offered him the fantasy that someone cared.

He dreamed about her and imagined the things
she’d say to encourage him.

He decided
her voice would be soft, a little husky and deep, the kind of voice a man could
let pour over him like a gentle rain.

When he got tired, he imagined she’d urge him onward.

And
when he got wounded, hurt almost to death, her face kept him going. He counted
on her, even though she wasn’t real.

He
never thought he’d meet her.

And
by the time he did, it was almost too late. Life didn’t mean much, and he’d
decided it probably never would.

The late shower lasted just long enough to soak everything before
evaporating into the humid August heat.

Rain failed to cool anything down, but the contrast in temperatures
created a haze.

Gracie
slowed her hectic gait to admire the way the mist blurred everything with an
almost mystical aura.

She heard the
motorcycle’s whine two blocks away and cocked her head to listen as it
approached.

Although she’d never ridden
one, probably never would, bikes fascinated her and caught her attention.

After chastising herself for such curiosity,
Gracie sighed and tried to focus on her new art course.

Just as she began walking again, afraid she
might be last to her first watercolor class, the rider emerged from the vapor.

His
older Honda roared out of the cloud like a demon rising from the pits of
hell.

Whoever he might be, he handled
the bike with finesse.

His denim jacket
fit with snug certainty, as if made for him and no other.

Gracie gaped at twin devil horns sprouting
from his helmet, both bright red and curved to points.

She blinked and saw the biker also featured
the same evil horns on the edges of his rear view mirror.

His face remained all but invisible behind a
pair of mirrored sunglasses, but the taut set of his mouth seemed intense.

He slowed and rolled the bike into a parking
space, balanced it, and hopped off.

As
he shed the helmet, Gracie watched from beneath a huge old tree, oblivious to
the water dripping down the back of her cotton blouse.

Something about the rider intrigued her, but
scared her, too.

He
rooted through his saddle bag and pulled out a battered sketch pad, then jammed
his keys into a front pocket.

Gracie’s
eyes followed him as he headed down the sidewalk toward the art building and
then, after a quick glance at her watch, she hurried in the same direction.

She rushed into Ellis Hall and hunted down
the right classroom, entering just as the class came to order.

Gracie fumbled her way into a chair and sat
down, catching her breath and struggling to seem unruffled.

As her rapid breathing slowed to a normal
pace, she ventured a glance around the table.

One blue-haired elderly matron, one lanky teen age boy, so far, so good,
then she caught sight of the biker.

Unlike the other students, he sat utility pole tall and straight across
from her.

His gaze met hers, and she
realized he watched her the way a predator eyed a potential meal.

His
intensity sent shivers through her body, but curiosity trumped her fear.

Gracie peeked at the biker, noticing his close-cropped
dark
hair,
deep brown eyes the color of buckeyes, and
his regal nose.

He wasn’t smiling and,
although she found him attractive, he exuded sadness along with something
more.

His eyes were veiled with wariness
and despite the lines carved into his weathered, tan
skin,
Gracie guessed he probably wasn’t much more than ten years older than she.

Some ferocity beneath the surface frightened
her, but deeper, she sensed something troubled this man, and she ached to help.

He’s not a kitten you can take
home and cuddle.

Gracie had a bad habit of taking
in strays, something which landed trouble in her lap more than once.

She shifted her
attention back to the instructor.

“Now
I need you to each select a partner, an art partner.

You’ll share storage space and you can
critique each other’s rough work.”

Gracie
glanced around the room.

Somewhere among
the faces must be someone she knew, but no one appeared familiar.

She turned to her right just as the senior
citizen accepted the teenager’s offer to unite.

Flustered, she tried to banish a sense of panic, the same crazy way
she’d felt as a child when everyone in gym gained a buddy or each student but
her found a locker partner on the first day of school.

If she ended up being the teacher’s little
helper, she’d drop the class.

His voice carried some
depth and a little gravel. “I’m short a partner over here and I wondered if you
might be mine.”

He extended his large hand toward her, and
she took it. She held it before realizing he’d meant only to shake.

Are you a student here?”

She
nodded. “I’m a senior and hope to graduate in December.

“On campus?”
Most women would think he came
across as nosy, but Gracie sensed he just wanted to keep the conversation
going.

“No,
I work part-time at the big Barnes and Noble on south Glenstone,” she told
him.

For
the first time, Devlin smiled, faint but she caught it. “No, I’m not.

I never got a chance to do the whole college
thing, but I like to draw and thought maybe this class would help me learn to
paint.”

The
same notion had inspired her to sign up for the course.

Maybe they had more common ground than she’d
thought.

The instructor shushed the
class to offer more details,
then
passed out the
syllabus and a list of needed supplies.

She
wondered if the first class might end early, but it didn’t.

Mr.
Zeller, the teacher, talked about watercolors and paints for the remainder of
the class.

By the time they filed out,
most of the students chattering to one another, night covered the campus like a
blanket.

Somewhere
in the press of bodies spilling out over the sidewalk in a way reminding Gracie
of scattered leaves, she and Devlin separated.

She saw him head for his motorcycle as she tucked her head against a
rising wind and used the crosswalk to get to the opposite side of National.

Her feet followed the familiar walkways, wide
for a few blocks until the campus petered out and city sidewalks resumed.

Off in the distance thunder rumbled, and
Gracie picked up her pace.

If she didn’t
hurry, the storm might hit before she made it back to her apartment.