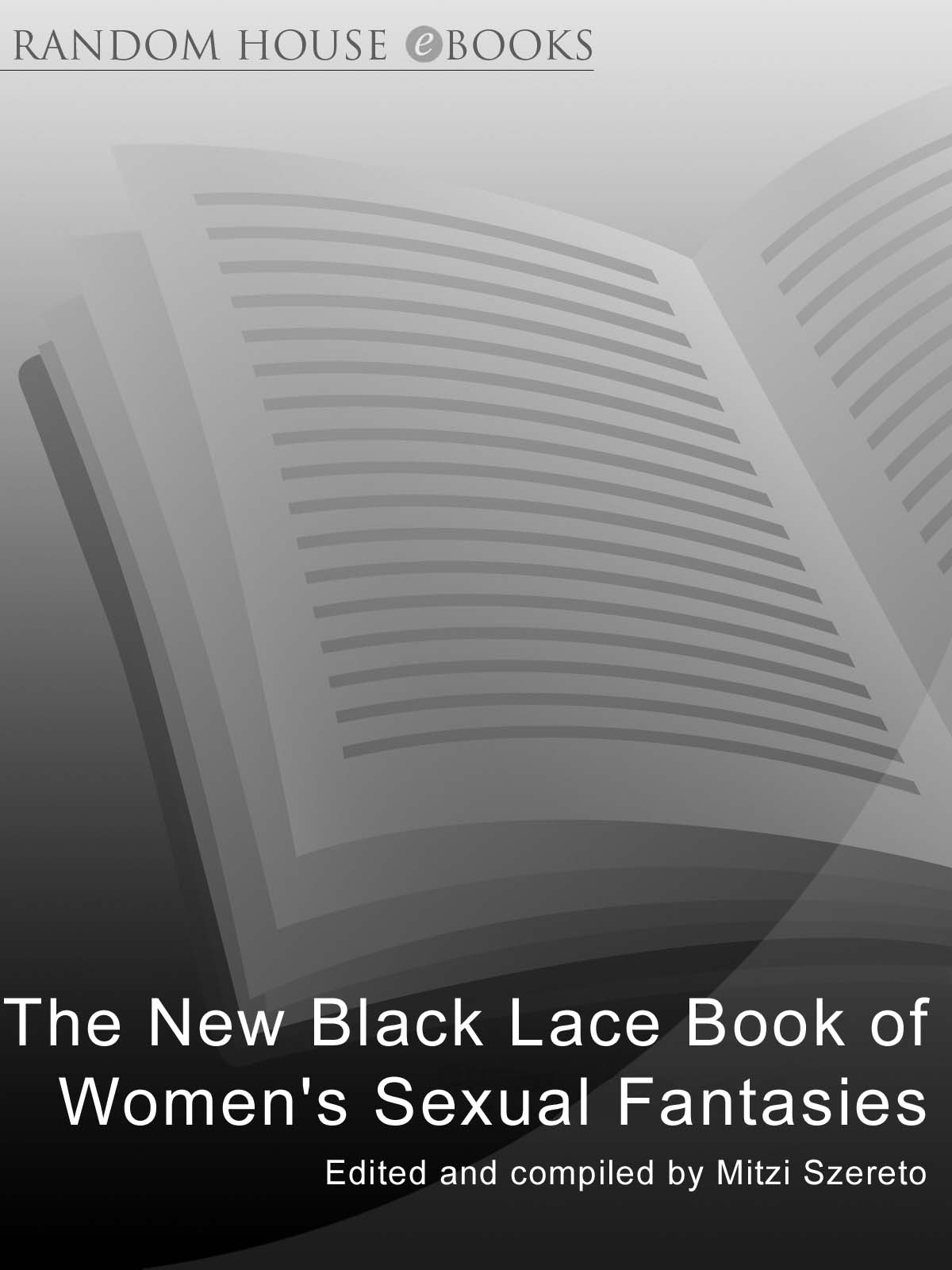 With thanks to Ashley Lister and Stuart Burrell

'One of the most adventurous things left us is to go to
bed. For no one can lay a hand on our dreams.'

1
Introduction: Why am I Here and
Where are We Now?

Well, I suppose I should explain just how I ended up here in
the first place. Perhaps it all goes back to my fifth year in
primary school. And no, it's not what you're thinking – no
playground rendezvous with the little boys or, for that matter,
little girls. Rather my voracious appetite for books and the
reading of them led me to borrow from a female classmate a
dog-eared copy of the Victorian erotica classic
The Romance of
Lust
that belonged to her parents. I became quite ensed
in this smutty tome though, admittedly, some of it went right
over my head, which was probably a good thing in retrospect.
My downfall came in trying to secrete it inside a school library
copy of Abraham Lincoln's biography. My mother thought I
seemed just a wee bit too engrossed in the tale of Honest Abe,
and consequently I was busted!

I'll admit that my taste in reading material, although it
wouldn't be remotely along the same lines as
The Romance of
Lust
for a number of years, was strictly adult in natureing
an extremely precocious child (and an only child at that), I
found I couldn't abide the books aimed at my age group; not
even the Young Adult novels could capture my fancy. Therefore,
I opted to go with either seething Gothic Romances or the
potboilers from the bestseller lists. Aside from the fact that the
stories were engaging and well-written, there was plenty of
sex (or at least a jolly good hint of it) to help a budding young
writer of erotic fiction file it away for future inspiration.

To mark the fifteenth anniversary of Black Lace Books, I am
pleased to have been invited to edit this new volume and,
indeed, to offer some indication as to where we, as women,
are today as sexual beings. The first
Black Lace Book of Women's
Sexual Fantasies
is the most successful title in Blacke's
history. Originally published in 1999, it has never been out of
print and is still read widely throughout the world. There's a
simple reason for this success: the book was authentic. And,
indeed, the content of this book is likewise 100 per cent
authentic, not solicited scenarios from professional sex writers.
While
The New Black Lace Book of Women's Sexual Fantasies
will primarily be upbeat and entertaining, it will also provide
an informal sociological and cultural study of contemporary
female sexuality in Britain and beyond. Entertainment and
enlightenment, surprise and titillation, and, hopefully, some
shaking up of assumptions. That is what I'm offering.

As editor, the most important thing for me was to be as
representational of the female population as possible. Material
has been collected, read and analysed from women of all ages
and all sexualities and lifestyles – from women in steady relationships
to those who are virgins (and yes, they're out there!),
from women who are very sexually active to women who are
celibate. I've chosen to include more detailed information for
each participant such as age, domestic and sexual lifestyle
status, education, profession and location, in order to give a
fuller picture of each woman. These are
real
women, not inventions
of lad's magazines or the porn industry – real women
who have experienced sex and sexual fantasy in a multitude
of ways and means. These women have shared their private
lives with us and exhibited their secret thoughts to thousands
of readers. Their courage and honesty should be applauded. It
would be hubris to categorise (and thus draw conclusions from)
women's sexual interests and fantasies according to age, education,
and profession, and I won't even attempt to do so. As is
evident on these pages, women are truly all over the map as
far as the content of their fantasies. In fact, it's probably safe
to say that it would be a major mistake to assume
anything
about a woman based on age, education or profession.

Since the publication in 1999 of the first
Black Lace Book of
Sexual Fantasies
, the sexual landscape has changed dramatic ally.
Sexual habits, lifestyles, opportunities and the possibilities for
women have been a-ected by a whole range of new influences,
technologies and media. In many ways 1999 seems a more innocent
time than that in which we now find ourselves. Everything
has become so complicated – the more choices given to us and
the more variety of means in which we have to enjoy them,
the more we keep searching and seeking. We now live in a world
of internet dating, whether of an adult nature (offering no-strings
sex as well as avenues for marrieds looking to play outside the
marital home), to providing online access to those with more
traditional romantic aspirations. There are sites for swingers
and sites for the marriage-minded. There are sites for young
women looking for rich sugar daddies and sites for older women
looking for younger men. Whichever option one chooses, they
have created easy access to numerous partners or potential
partners. Now women don't even need to step out of their front
door to find a man. The internet has become the proverbial
singles' bar, revolutionising sexual and dating habits. No longer
is it necessary to rely on friends or work mates to 'fix us up' or,
for that matter, to sit at a bar nursing a glass of wine for an
entire evening in the hope that a man will take the initiative
to start up a conversation. As a result, the popularity of internet
dating has led to a surge in female promiscuity.

Surprisingly, for a large number of people, the sites aimed
at the relationship-minded seem to have become just the
oppos ite, offering a less stigmatised way for those seeking nostrings
sex, thereby eliminating the need to join the 'adult'
sites catering for those simply 'on the prowl'. It should, however,
be mentioned that these sites have also been covertly used
by marrieds claiming to be single, especially in the case of men
– meaning don't always believe everything you read on
the tin!

The rise of recreational sex (swinging) has also had an
impact on women's sexual habits, specifically when it comes
to married women or women in steady relationships. Sexual
fantasies and the willingness of these women to live them out
have led many to discard monogamy as a lifestyle choice.
Although statistically the numbers in the swinging community
are not high, the openness of participants and the media's
prurient spotlight upon it make recreational sex appear more
prevalent than it actually is. Nevertheless, it's definitely out
there and a lot easier to find for those who wish to find it.

In recent years sex toys have enjoyed a massive increase in
popularity, availability and variety. Once objects of embarrassment,
they have now become accepted and have made their
way into the mainstream, enhancing the sex lives of women
who are either with or without partners. No longer is it considered
unusual for a woman to have at least one toy in her
bedside drawer or, for that matter, to include a stop at her local
Ann Summers as part of her Saturday afternoon shopping.
More and more heterosexual couples are discovering the fun
of adding sex toys to their bedroom repertoire, thereby
improving their sex lives and bringing them closer together.

Today's woman is definitely a lot more open about what she
wants in the bedroom – and that's a good thing. And, although
the mass media and pornography would like us to believe that
women are getting it and getting it good, this is not always
the reality. According to the women who have participated in
our survey, it's a pretty mixed bag. While some women are
having the time of their lives, others are still waiting for
the
one
to ring their bell, while others are hoping to recreate that
singularly amazing experience that transformed their lives.
Therefore, if we are to draw any sort of conclusion from all of
this, the sexual experiences and sexual satisfactions of the
contemporary woman are
not
the same. Meaning – there is no
norm, and women should not be made to feel in any way
wanting because their sexual experiences do not compare with
or measure up to others. Be it the lack of a suitably satisfying
partner (or a partner in general), the stress of work and family
life, health issues, disability, etc., women are not all the same
– and neither are their sex lives. However, one thing that does
appear to be universal is the modern woman's willingness to
try new things, to experiment, to abandon her inhibitions, even
if only in her fantasy life. The variety of sexual activity
discussed in the questionnaires and explored in the fantasies
submitted to this project indicate that women are definitely
more open and up for new things in the erotic arena, and can
not only compete with, but may even have surpassed their
male counterparts in both sexual imagination and experimentation.
Maybe with a bit of courage and the right partner, all
these women will one day be able to live out their fantasies,
providing, of course, that they wish to or, at the very least, are
able to share their fantasies with those with whom they share
their bodies, thereby leading to a richer and more fulfilling sex
life.

I'd like to thank the many participants who sent in their
questionnaires. They came in from every corner of the world,
including Great Britain, Ireland, the United States, Canada,
Austria, Germany, Sweden, the Netherlands, Australia, New
Zealand, South America, China, Singapore, Korea, Kenya, and
even Botswana. Without these women willing to share themselves
and their sexual thoughts with us, this book would not
have been possible. I was touched by many of the replies, some
of which were highly personal and heartfelt about these
women's private lives and feelings, their hopes and disappointments.
Even with the anonymity provided, it could not have
been easy for them to open themselves so completely to both
myself and you, the reader.

By the way, one of the fantasies in this book is mine. Can
you guess which one?

F Paul Wilson - Novel 10 by Midnight Mass (v2.1)
Chosen by the Governor by Jaye Peaches
Then You Hide by Roxanne St. Claire
Violin Warrior Romance by Kristina Belle
Ice Cold (An MMA Stepbrother Romance) by Victoria Villeneuve
The Winter Sea by Morrissey, Di
Someone to Love by Lucy Scala
Sweetbitter by Stephanie Danler
Cruising for Love (The Escape Series Book 2) by Ann Omasta
Claiming the Forbidden Bride by Gayle Wilson