Read Dia of the Dead Online

Dia of the Dead 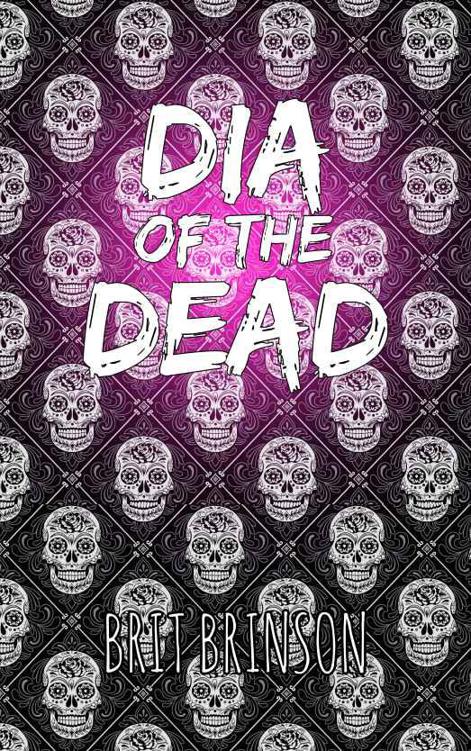 DIA OF THE DEAD

This is a work of fiction. All names, characters, locales and incidents are the product of the author’s imagination or are fictionalized. Any resemblance to any persons, living, dead or undead, business establishments, events or locales is entirely coincidental.

No part of this book may be reproduced, scanned or distributed in any printed or electronic form without permission.

DIA OF THE DEAD

For Mom and Dad.

“Drop the spray paint, Lupine Boyz!” I shouted at the pack of werewolves gathered in front of Romero High.

I stood between them and a group of innocent students who were trying to get into the building to complete their science project.

The Lupine Boyz were the latest group of thugs terrorizing the citizens of Romero, California. They had come to town from parts unknown and began reeking havoc. Barking at babies. Kicking over trashcans. Whizzing in poor Mr. Melvin’s front yard. Now they had their sights set on Romero High.

The leader, known as Claude stepped forward, sticking out his large chest. He snarled, baring large, sharp teeth as he towered over the rest of his crew. His silvery fur glinted in the light coming from the building.

“You’re the one they sent to stop us?”

I stood my ground. I wasn’t afraid of them.

The group burst into a fit of laugher tinged with yips and yaps.

“Yo, Claude. I can’t believe they sent a girl to stop the Lupine Boyz,” said the runt of the litter.

The group launched into another laughing fit.

I narrowed my eyes at the insult.

He howled and the group approached me slowly like a pack of hungry…wolves.

I didn’t back down. I shifted into my fighting stance, shiny black combat boots square on the ground, ready to battle. I reached for my utility belt and it fell to the ground.

“Cut!”
Sloane shouted from her perch in the director’s chair.

A guy from the props department scurried over. He picked up the belt, examining it.

“Crap,” I heard him mutter to himself.

I could see the vein in Sloane’s forehead pulsate even from several feet away. It’d been a long afternoon of shooting (thanks to me), and I could see it had started to wear on everyone. I’d tried ignoring the comments the guys guest starring as the Lupine Boyz made but I couldn’t anymore. They were as ready to get out of their furry werewolf costumes as I was ready to free myself of Dia Muerto’s black vinyl catsuit.

Sloane sighed in frustration. “Let’s just call it a day. I believe we have what we need.”

“Sloane, I think I can get things right this take. Maybe we can tape the belt on me or something for now,” I offered, hoping my tone didn’t give away my internal panic.

“That’s okay, Dia. We’ve already had to extend shooting for a couple of hours and we’re inching close to the time we have to end shooting anyway. You guys have almost met the maximum amount of time child actors could work.”

I wanted to correct her and say I was a teenage actress but she kept talking.

“Maybe we’ll just edit the first part of take 13 together with the s
econd part of take 47 to get what we need.” Sloane’s voice sounded as tired as she looked. She pushed her glasses back up onto the bridge of her nose, stuck her hands in her frizzy brown hair, and stood up.

“That’s a wrap on season one o
f
Dia of the Dea
d
everyone,” Sloane announced to the crew. “Here’s hoping for another season.” She held up crossed fingers.

I doubt if anyone noticed my cheeks growing red under the pounds of makeup used to give my copper brown skin the appearance of someone brought back from the dead but I was mortified. I started to apologize to Sloane and the rest of the actors for wasting their time with my terribleness but Sloane had already disappeared from the set. The other actors were beginning to leave too. With a stomach full of nerves and head full of worry, I headed back to my dressing room to peel off my costume and return to plain ol’ Dia Summers.

Being an actress was easy most days. I’d show up at the studio early (no matter how tired I was) and sit in the makeup chair while the special effects team worked their magic. Several hours later, Katrina and Jared would take me from average teen Dia Summers to Dia Muerto, zombie high school student turned kick-ass defender of Romero High. Once my skin was painted mostly greenish-gray and my dark eyes had dark rings like I hadn’t slept in millennia, fake scars were glued in place, and blue-haired Blake—the third member of the hair and makeup team—would slick my hair up into Dia Muerto’s signature high ponytail.

With hair and makeup done, I’d be sent off to Wardrobe where most of my time was spent being
poured into a black vinyl catsuit with a white sugar skull design on the left side (over my heart). After the suit was zipped, I’d lace up my combat boots. When the utility belt armed with everything Dia Muerto would need to fight supernatural baddies was tightened on my waist, I’d be rushed out of the room and onto the set. Once there, it was up to me to show off my talent for Sloane the director.

It was usually easy. But today I was off my game. I managed to get through hair, makeup, and wardrobe with no problem but once I was on set, under the bright lights and in front of the cameras…I forgot how to do… everything. It was like I’d never acted a single day in my entire life even though acting was all I’d done for the last several months.
I tried to think about what had me distracted. Then I remembered the evening’s event.

Today wasn’t just the last day of shooting fo
r
Dia of the Dea
d
; it was also the day of a career-making or career-breaking party. I’d spent the last week trying to prepare and only managed to drive myself crazy. I knew I had to push my anxiety about the situation aside and try my best to make a good impression. But with the rumors about the importance of this party floating around Bixby Studios, I couldn’t do it.

Everything had to go righ
t
.

I had a few more hours to get my act together. I retreated to my dressing room and gathered my things
. Mom was waiting for me in the studio parking lot. Taking one last look at the lot, I hoped for the best as we headed home to start getting ready for the party.

I tugged at the hem of my borrowed black dress, wiggling as if the movement would magically make it longer. But every time I pulled it down, the low neckline showed off more than I even knew I had up top. If I pulled the dress up, too much leg was on display. I couldn’t catch a break. Kaci Miller graced best-dressed lists on a weekly basis. She should’ve known better than to give me such a short dress to wear to BB Bixby’s Eighteenth Birthday Bash. I had bigger things to worry about. I didn’t need to add pulling a “Missy Bolton” and accidentally flashing my goodies to the photographers roaming around downstairs to the list.  I thought I’d have a chance to get my nerves to chill out before the party but it seemed like they’d amplified a thousand times over since I left the set. To say I was “on edge” was an understatement.

A bass-heavy beat from the party going on outside filtered into the safety of my bathroom stall. From the sound of it, everyone was having a blast. All of them were used to the spotlight. They made it seem easy while I was still adjusting to the change.

“Dia? Are you in here?” a familiar voice called.

The click of heels on the gray marble floors grew louder as they approached my hiding spot. She was coming for me.

“Really, Dia?” I peeked at the floor. A pair of five-inch Pepto-pink glittered heels were planted in front of the stall.

I backed up, bumping into the cold porcelain of the toilet.

“Ew. Gross,” I mumbled, wiping the phantom chill from the back of my leg.

Kaci Miller, one of my co-stars o
n
Dia of the Dea
d
,
stood on the other side of the door with her arms folded across her chest and a frown on her freckled face.

“What the hell, Dia?” Anger flashed briefly in her green eyes. “I went to get a drink from one of the really, really hot waiters and poof! You disappear. What’s your deal?”

My “deal” was simple; the fight or flight thing our on-set tutor Ms. Arrington bored us with the other day kicked in and I ran. I chose to hide in the bathroom instead of fulfilling my duty as an employee of The Bixby Network, America’s number one 24-hour network that specialized in programming aimed at children, tweens, and teens easily distracted by shiny objects—with limited commercial breaks. I would’ve much rather spent my evening lounging around in sweats, eating pizza with my mom and our mini dachshund, Frank, instead of attempting to schmooze with young Hollywood’s A-list.

“Do what? Be at a party and have fun? We’re at Lavender for Christ’s sake! Lavender! It’s the hottest club in LA right now.”

My eyes drifted from my boots to her face, “And?”

“‘And?’ ‘And?’” She looked at me like I’d grown a second head. “Do you know how hard it is to get on the list for this place? Last week, Sparrow from Tri-T and I tried getting in and they turned us away. I even tried the whole ‘I’m on The Bixby Network’ thing, and they still told us no. Guess the fat bouncer guy isn’t a fan o
f
Dia of the Dea
d
.”