Excerpt from The Encyclopedia Galaxia

The text of this book is set in Fournier.

Sequel to: A sending of dragons.
Summary: Having been presumed dead, Jakkin and Akki finally
return to Austar IV with newfound skills, and the knowledge
that what they have learned could either transform their planet
or destroy it.

For Michael Stearns, master of dragons and noodges.
For Jonathan Schmidt, master of the great blue pen.
For Adam Stemple, master of twisted plots.
For Deborah Turner Harris, first reader
and master of plot twists.

In memory of David Stemple, who had
wanted this one from the beginning.

And for all my fans who wrote demanding a fourth volume.
You are the ones who made this book happen. 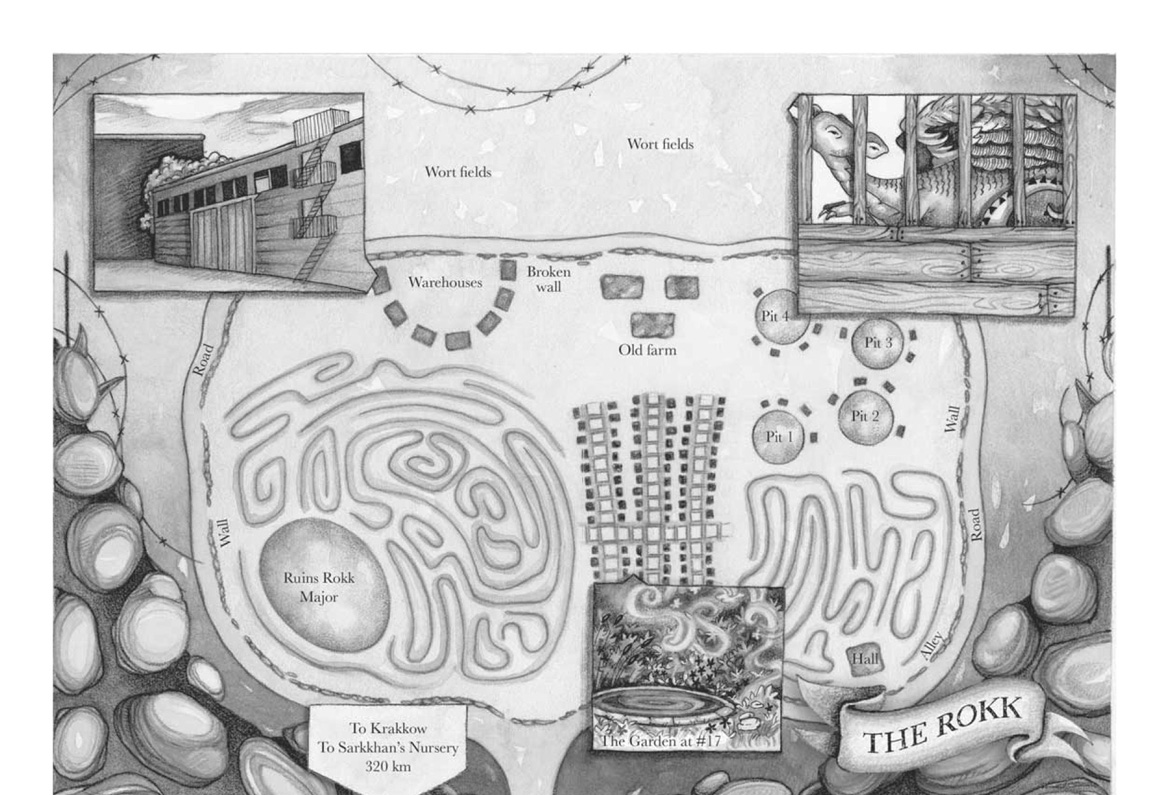 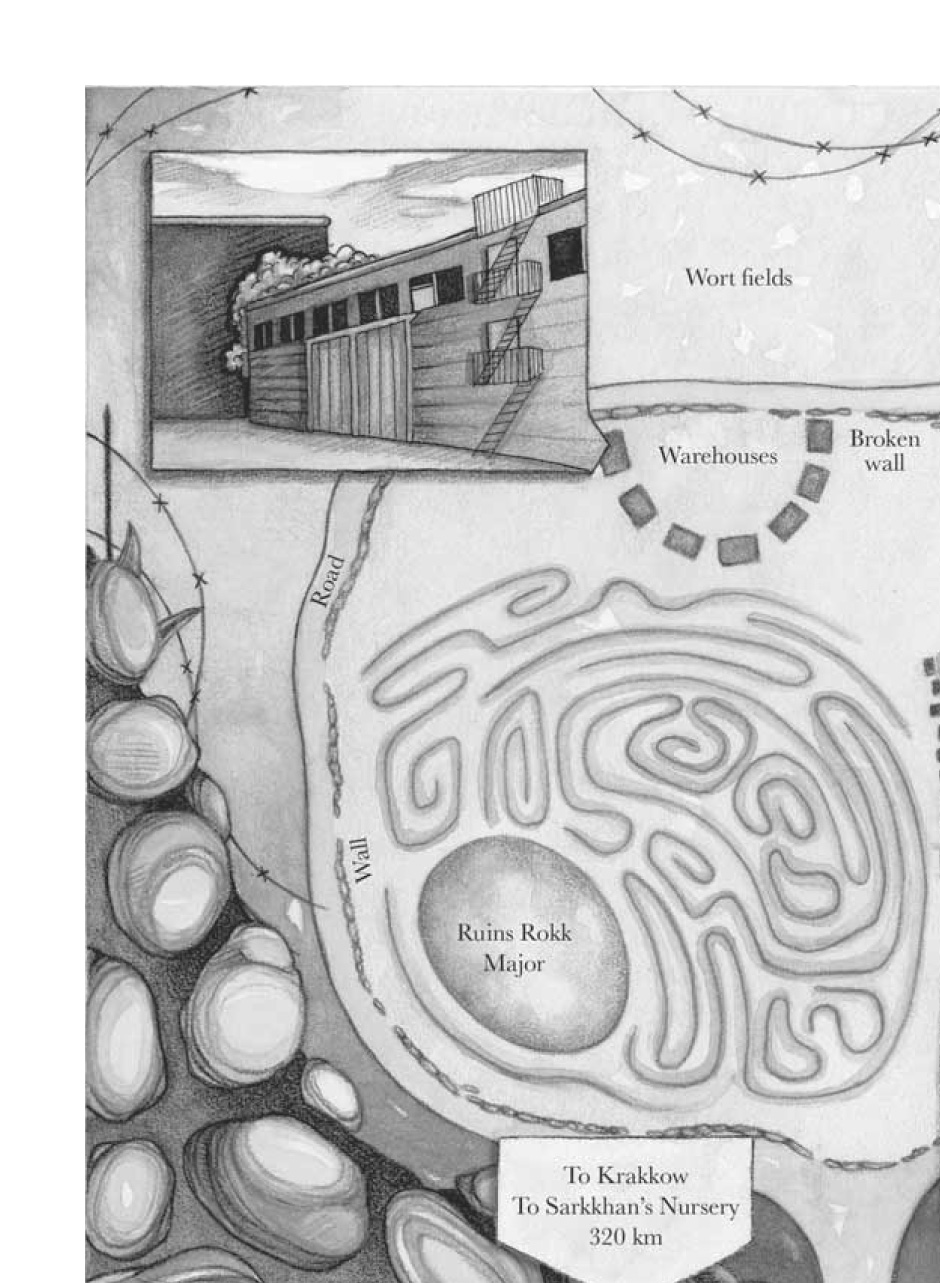 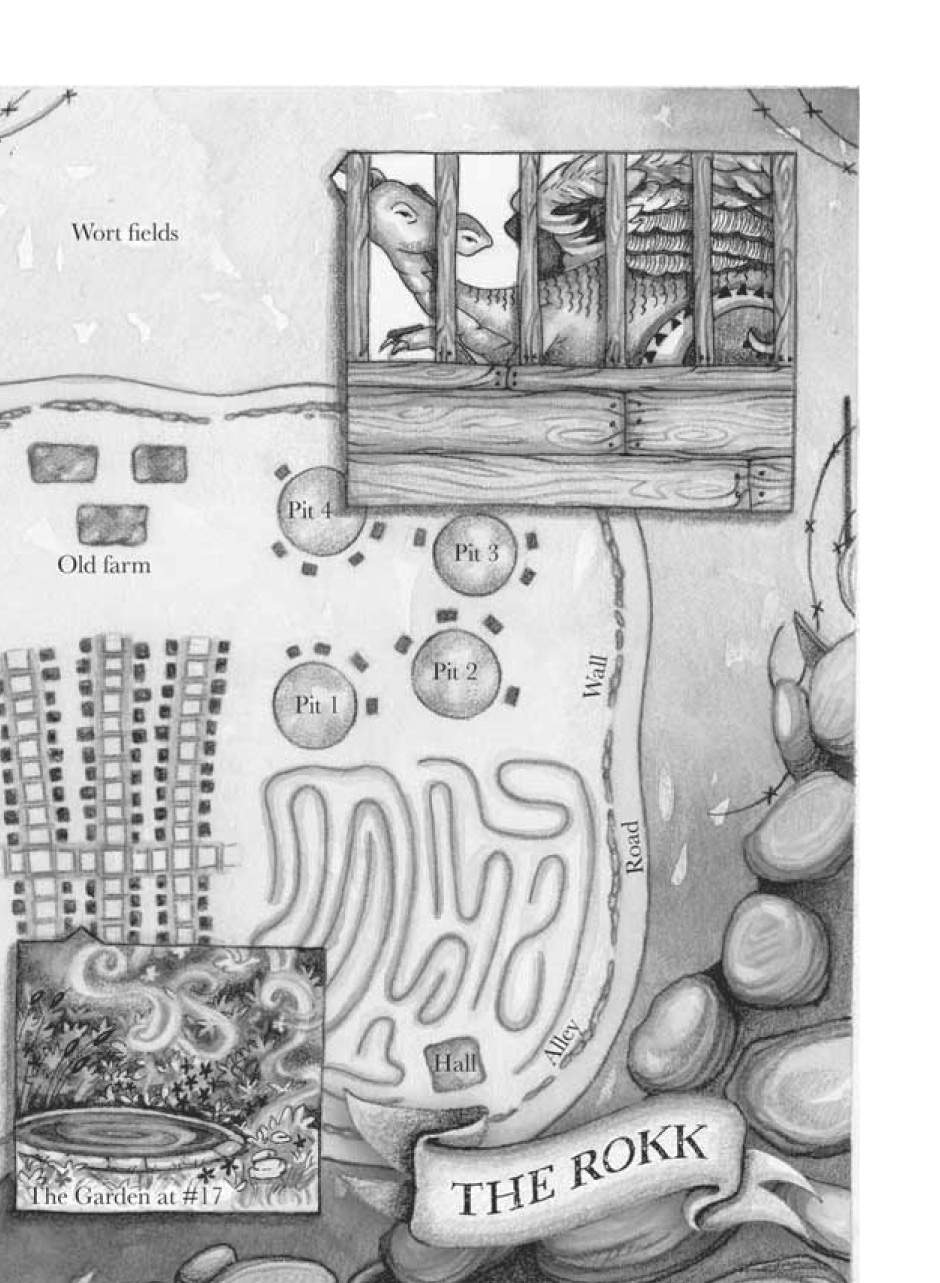 AUSTAR IV is the fourth planet of a seven-planet rim system in the Erato Galaxy. Once a Federation penal colony, marked KK29 on the convict map system, it is a semiarid metal-poor world with two moons.

Austar IV was originally chosen as a place to domicile convicts because of its difficult terrain and its daily cycle, which included a four-hour period during the night with cold so severe, humans could not remain outside without dying. The planet's lack of metal and the fact that its largest animals are huge dragons were considered additional reasons for making it a place to send sociopathic and dangerous convicts, those whose felonies were committed with violence (see holo map of the penal colonies, in the Criminal Activities section, vol. 10). Over the next two centuries, the progeny of the strongest and fittest convicts and wardens (the great-great-great-grandsons and -granddaughters of the original prison guards), now fairly stabilized at about a half million inhabitants, have managed to thrive through sheer grit. A caste/class system survived, long after the planet ceased being a penal colony, pitting the KKsâthe prisoner class named after the brand on the prisoners' armsâagainst the master class. This caste system of masters and bonders was later institutionalized by Austarian law, with a bond price set as an entrance into the master class. Through the years, a small number of bonders rose by dint of hard work, talent, or careful savings into the master class, though most remained in bond (or fell back into bond) because of bad habits (doping, drinking, gambling), bad genetics, and bad luck.

Austar is covered by vast deserts, some of which are cut through by small, irregularly surfacing hot springs, several small sections of fenlands that have been drained in places to make arable farms, and zones of what were once thought to be impenetrable mountains. There are five major rivers: the Narrakka, Rokk, Brokk-bend, Kkar, and Left Forkk. There are also lesser rivers that run underground through the mountains.

Few plants grow in the desert; the combination of the heat of the day and the four hours of bone-chill cold known as Dark-After make only the hardiest plants viable. There are some fruit cacti and sparse, long-trunked palm trees known as spikka. The most populous plants on the planet are two wild-flowering bushes called burnwort and blisterweed (see color section) that grow in disturbed ground. The mountain vegetation, only recently studied, is varied and includes many edible fungi, berry bushes, and a low, oily grass called skagg, which, when boiled, produces a thin broth high in vitamin content. Skagg broth can also be frozen and sweetened with sweetroot for a dessert. Some of the farmers have made a good living cultivating offworld plants in hothouses, glass structures that are shut up at night with great wooden shutters to guard against the cold. The plants cultivated this way remain too expensive for all but the growing master class of Austarians. These plants include produce such as beans, squash, melons, rocket, mint, and hardy berries from Earth; picklers, stodgies, and sandwines from the Orion's Belt planets; bamboons, salt sawder, brown onions, and malt beans from the Mars Colony, and the like.

The planet hosts a variety of insect and pseudo-lizard life, the latter ranging from small rock-runners to elephant-sized "dragons" (see Animal Life holo sections, vol. 6). Unlike Earth reptilia, the Austarian dragon lizards are warm-blooded, with pneumaticized bones for reduction of weight and a keeled sternum where the flight muscles are attached. Membranous wings with jointed ribs fold back along the animals' bodies when the dragons are earth-bound. Stretched to their fullest, the wings of an adult dragon are twice its body size, enabling it to lift off the ground and fly above the mountains, where the prevailing winds aid it in soaring. The wings have "feathers," which are actually light scales that adjust to wind pressure. From claw to shoulder, some specimens of Austarian dragons have been measured at thirteen feet high. There is increasing evidence of a level 4+ intelligence and a color-coded telepathic communication among the largest beasts, though the recent embargo of the planet has effectively cut off all outside scientific study.

The Austarian dragons were almost extinct by the time the planet was first settled in 2303 by guards and convicts. The new population soon realized that dragons could be a rich source for both meat and leather, and so they began domesticating the few remaining creatures in dragon "nurseries." It soon became clear that there was another possibility for the dragonsâbeing trained to fight one another in gaming arenas, which became known as "The Pits." And so an economic basis for Austar was laid down on the backs of these startling creatures. Quickly built were abattoirs for slaughtering the dragons culled for being too old or too timid for the fighting pits, meat shops for selling the dragon-based food, clothiers to create wear from the leather, jewelers working with the talons, bones, and scales. Veterinarians to keep the beasts healthy. Farms to grow food for them. The dragon nurseries needed cooks, trainers, barn boys, eventually becoming the greatest employer on the planet, as well as the biggest money maker. Within a generation, betting syndicates developed, and Federation starship crews on long rim-world voyages began to frequent the planet on gambling forays. Around the pits grew up bars, eateries, inns, as well as baggeries run by beautiful women. And of course a police force to oversee it all. Great fortunes were made by pit owners and nursery men alike. And some of the wardens.

Under pressure from the Federation, the Austarians then drafted a Protectorate constitution, spelling out the Federation's administrative role in the planet's economy, including laws guaranteeing humane treatment of the dragons, regulation of the gambling by offworlders, and the payment of taxes, which the Austarians call tithing, on gambling monies. In exchange, the Federation built, ran, and policed a series of starship landing bases on the planet, outside of the two cities, Krakkow and The Rokk. There the starship crews brought in money, barter goods, even banned items such as guns, offworld seeds and seedlings, and parts for trucks and cars. They transported visits by DDWPBâDoctors and Dentists Without Planetary Borders. Within the next several generations, a rich class of masters developed, far removed from their convict and warden ancestors.

In the mid 2500s, this cozy relationship with the Federation came to an abrupt halt. Disgruntled bonders became understandably angry at their continuing low place in Austarian society and the inequities visited upon their class. There was a huge and growing divide between the rich and the poor. Rebellious bonders began to foment a revolution, which culminated in a series of violent confrontations. They improvised exploding devices strong enough to bring down buildings. The worst of these was the bombing of Rokk Major, the greatest of the gaming pits on the planet. Thirty-seven people were killed outright; twenty-three died of their wounds in the months that followed. Hundreds of other people, both Austarians and offworlders, were seriously injured. With Austarian cooperation, the most violent of the offenders were caught and sent offplanet to other Federation penal colonies. The others were incorporated back into Austarian society.

After a year of further violent conflict, the Austarian senate voted to free all bonders, which effectively stopped the rebellion. But the planet had already been embargoed, for a term of not more than fifty years, until the Federation judged Austar IV safe again for offworld travelers. This embargo keeps all official ships from landing, except for the occasional medical ships, which means that Austar IV is without sanctioned metal replacement parts or technical assistance for the foreseeable future. Infrequent pirate ships have managed to slip through the embargo lines. Intercepted coded transmissions to and from those ships and eyewitness accounts by the doctors have indicated there had been a further power struggle between the classes. Frequent references to "dragonmen," "trogs," and "sendings" remain unclear. The complete story of Austar IV will probably not be understood until the embargo is lifted and a petition from the planet for a reversal is successful in Federation courts. Only then will the Austarians be able to speak for themselves.

A Home for Haley by Mary Jane Morgan
The Lost: Book Two, The Eddie McCloskey Series (The Unearthed 2) by Evan Ronan
Mrs. Jeffries Defends Her Own by Emily Brightwell
The Silver Kiss by Annette Curtis Klause
The Devil's Wife by Holly Hunt
Parahuman (Parahuman Series) by S. L. Hess
The Silver Anniversary Murder by Lee Harris
Other Earths by edited by Nick Gevers, Jay Lake
Unraveled by Her by Wendy Leigh
Jackie, Ethel, Joan: Women of Camelot by J. Randy Taraborrelli