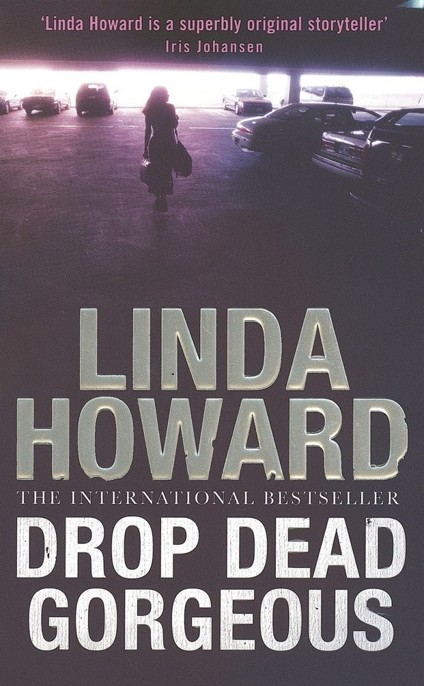 My name is Blair Mallory, and I'm trying to get married, but the Fates are NOT cooperating… I hate the Fates, don't you?
Whoever the dumb bitches are.

"You're huffing and puffing," Wyatt observed without looking up from the report he was reading. I assumed it was some sort of police report, since he's a lieutenant on the local force, but I didn't ask; I'd wait until he was out of the room to read it, just to see if it was about anyone I knew. You'd be amazed what some people will do, people you'd never in a million years think would get up to such
hijinks
; my eyes had certainly been opened since I'd been dating Wyatt— well, since I'd been reading his reports, which, come to think of it, actually preceded our dating, this time around, anyway. There are benefits to dating a cop, especially one who is fairly high up on the food chain. My gossip cup
runneth
over.

"You'd be huffing and puffing, too, if you were trying to deal with all these schedules instead of sitting over there reading."

"I'm working," he retorted, confirming that he was indeed reading some sort of report; I just hoped it was juicy, and that he'd leave it unattended while he went to the bathroom or something. "And you wouldn't have any problems with schedules if you'd do what I suggested."

What he'd suggested was getting married in Gatlinburg, at some tacky wedding chapel and without all my stuff around me. I could deal with the wedding chapel, but having tried to pack for a special event before, I've learned a hard lesson: you always forget something. I didn't want to spend my wedding day rushing around trying to find a replacement for what I'd forgotten.

"Or we can get married at the courthouse here," he pointed out.

The man doesn't have a romantic bone in his body, which is actually okay, because I'm not much of a romantic either, and too much mushiness would get on my nerves. On the other hand, I do know How Things Are Done, and I wanted pictures to prove it to our children.

And that's another thing that was stressing me out. My thirty-first birthday had come and gone, putting me that much closer to amniocentesis. Whatever children I was going to have, I wanted to have them before hitting the age where any obstetrician with an ounce of self-preservation and a healthy fear of lawsuits would automatically order the
amnio
. I don't want to have a long needle stuck in my belly. What if it hits the baby in the eye, or something? What if that long sucker goes all the way through and punctures my spinal column? You know in
Peter Pan
, where the crocodile has swallowed a clock and you can tell the croc is getting closer because the ticking gets louder? My biological clock was ticking like that damn crocodile. Or maybe it was an alligator.
Doesn't matter.
Instead of "
tick tock"
it was saying "
Amnio
"
(the entire word wouldn't fit the rhythm of tick-tock) and I was having nightmares about it.

I had to get married, fast, so I could throw away my birth control pills.

And Wyatt just sat there reading his damn report while I was stressed almost to the point of screaming. He wasn't even trying to cheer me up by telling me what was in the report so I'd have a better idea if I needed to read it later to get all the details—not that he ever did. He was a positive hog when it came to police business, keeping it all to himself.

Without moving from his sprawled, relaxed position, he gave me a pointed look. "If it's too much for you, I'll handle the details," he said. If there was a faint sharpness to his tone it was because he was becoming impatient with what seemed like an endless parade of delays and obstructions. He wanted to marry me; he didn't like the inconvenience of sleeping over at my condo— not to mention that he saw no reason why I should still be living there, instead of with him—and he was ready for me to get on with all the girly stuff, which was how he regarded the details of the wedding, so he could get on with all the manly stuff. "You'll be Blair
Bloodsworth
before the week is out."

"Since
it's
Wednesday already, that's—" I stopped, my brain literally frozen as his words sank in. No.
No
! I couldn't have overlooked something that glaring, that in-your-face. It simply wasn't possible, unless I'd been so crazed by lust I wasn't thinking straight. As excuses go, that works for me. Deciding how my oversight had happened, however, didn't make it go away. I grabbed the pen and scribbled down the offending words, then wrote them again just to make certain my synapses hadn't short-circuited. No such luck.

"Oh, no!"
I stared in horror at what I'd written, which of course really got Wyatt's attention, which of course was what I'd intended. Not that I plan these little episodes, but when the opportunity presents itself— I gave him a tragic look and pronounced, "I can't marry you."

Wyatt
Bloodsworth
, police lieutenant, alpha male, all-around tough guy and the man I adored, bent down and slowly beat his head against the table. "Why me?" he groaned.
Thunk
.
"Was it something I did in a past life?"
Thunk
.
"How long do I have to pay?"
Thunk
.

You'd think he'd ask why I couldn't marry him, but no, he had to act like a smart-ass. Actually, I think he was trying to out-drama me, on the theory that the best way to fight fire was with fire. I couldn't decide which I resented more, the idea that he thought I was a drama queen, or that he thought he could out-drama me. The man doesn't exist who can—never mind. Some roads I just shouldn't go down.

I crossed my arms under my breasts and glared at him. It isn't my fault that crossing my arms lifted my breasts and pushed them together, nor is it my fault that Wyatt is a breast man—and an ass man, and a leg man, and any other woman-part you want to name—so therefore it isn't my fault that when he lifted his head to bang it again his gaze sort of snagged on my cleavage and he forgot what he'd been about to say. I had just taken a shower and was wearing only a robe and underpants, so it was also reasonable that the robe had done what robes do, which is sort of come untied, which meant I was also not at fault that more than just cleavage was showing.

I'm always amazed at what a flash of nipple will do to a normally clear-thinking man—praise the Lord.

I also never fail to give thanks for that reality of life. Praise the Lord again.

But Wyatt's made of stronger stuff than the average man, as he never fails to point out to me, usually while making the case that he was taking pity on said average man by marrying me himself, thereby taking me off the market. Somehow he's got the idea that I'm always trying to get the upper hand in our relationship, which shows you just how smart he is. Damn, I hate it when he's right.

He eyed my nipple, his face taking on that ruthless, focused look men get when they want to have sex and are pretty sure they're going to get it. Then his gaze narrowed and he switched it back up to my face.

First, let me say that Wyatt's gaze can be intense. His eyes are this sort of pale green, which can be piercing. He's also a cop, as I believe I've mentioned a time or three, so when he levels that hard cop look at you, you can feel sort of pinned. But I, too, am made of some stern stuff, and I gave him back as good as I got. A split second later I glanced down at myself as if I had no idea what he'd been staring at, and jerked the robe back in place before resuming my glare.

"You did that on purpose," he accused.

"It's a
robe
," I pointed out. I love stating the obvious, especially to Wyatt. It drives him nuts. "I've never seen a robe that stays tied."

I don't know where he got the idea that if I don't answer a question directly, I'm admitting to whatever charge he's made. In this case, however, I felt perfectly justified in issuing a straight denial, because the whole nipple thing had been coincidence, and any woman worth her salt seizes her opportunities as they arise. "I deny it," I said, a hint of challenge in my tone. "I'm trying to have a serious conversation, and all you can think about is sex."

So of course he then had to prove I was wrong, and he tossed the report on the table. "Okay, so let's have this serious conversation."

"I've already started it. The ball's in your court."

From the way his eyes narrowed I could tell he had to mentally backtrack, but he was sharp; it took him only a couple of seconds. "Okay, why can't you marry me? But before you get started, let me point out that we
are
getting married, and I'm giving you another week to get the date nailed down or we're doing it my way if I have to kidnap you and haul your ass to Las Vegas."

"Las Vegas?" I sputtered. "
Las Vegas
? No way. Britney put Las Vegas at the top of the tacky list when she got married there. I spit on the concept of a Vegas wedding."

He looked as if he wanted to bang his head again. "Who the hell are you talking about?
Britney who?"

"I don't care if we get married standing in the middle of the highway," he said impatiently.

"
I
want to get married in your mother's
garden
, but now that's a moot point because I can't marry you.
Period."

"Let's backtrack and try this again.
Why not?"

"Because my name would be
Blair
Bloodsworth
!"
I wailed. "You said it yourself!" How could he be so oblivious?

He didn't get it. He really didn't get it. "I can't do it. It's just too cutesy. You might as well call me Buffy." Yeah, I know I didn't
have
to take his name, but when you start negotiations you always start high, right, to give yourself some wiggle room? I was opening negotiations. Not that he needed to know that.

His frustration peaked, and he roared,
"
Who
the hell is Buffy
? Why are you talking about these people?"

Now I wanted to beat
my
head against the table. Did he never read a magazine? Watch anything besides ball games and news channels on television? It was scary to realize we lived in two different cultures, and that except for football games, which I love, we'd never be able to watch television together, never be able to spend a comfortable, companionable night together in front of the romantic glow of the tube. I'd be forced to kill him, and no woman on the jury would vote to convict me, either.