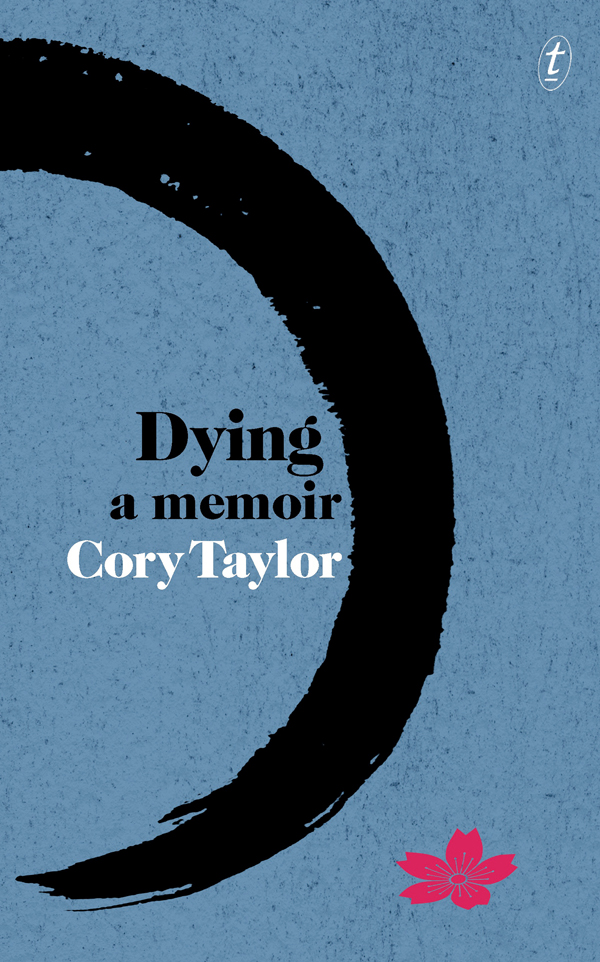 PRAISE FOR
ME AND MR BOOKER

âOne of the best coming-of-age novels I've ever readâ¦
Me and Mr Booker
is sexy, smart
and brutally funny.' Benjamin Law

âTaylor's no-nonsense voice and eagle eye will assure her of many readers of all
ages.'
Age

PRAISE FOR
MY BEAUTIFUL ENEMY

âAn almost unbearably beautiful story about longing and secret lives in which grief
and joy turn out to be much the same thing.' Robert Dessaix

âA haunting tale told with plangent simplicityâ¦There is a wistful beauty to the book
that can make the heart ache even as the mind is deploring the emotional carnage.'
Adelaide Advertiser

âA moving and accomplished novel that explores fascinating untold lives from our
past.'
Sydney Morning Herald 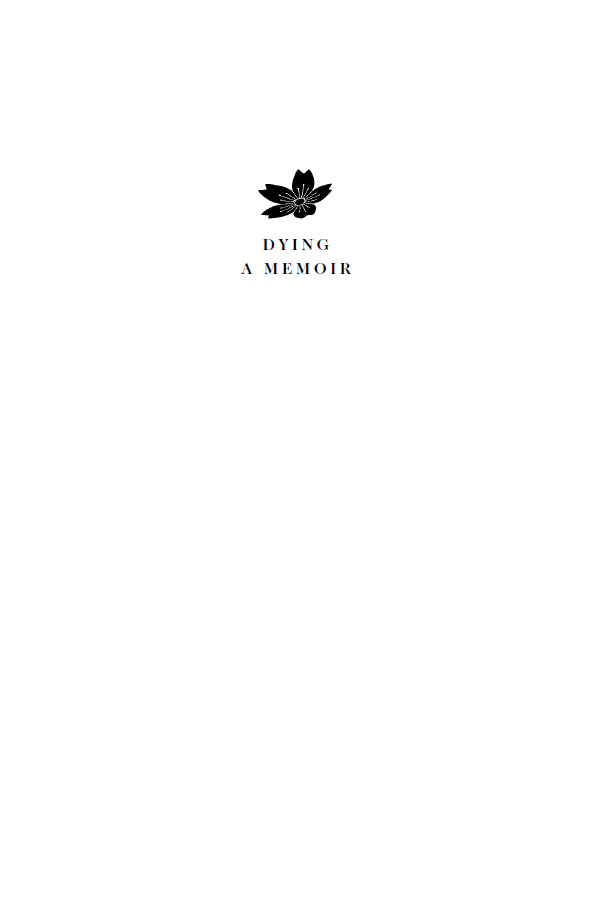 Cory Taylor is an award-winning novelist and screenwriter who has also published
short fiction and children's books. Her first novel,
Me and Mr Booker
, won the Commonwealth
Writers' Prize (Pacific Region) in 2012 and her second novel,
My Beautiful Enemy
,
was shortlisted for the Miles Franklin Award in 2014. She lives in Brisbane. 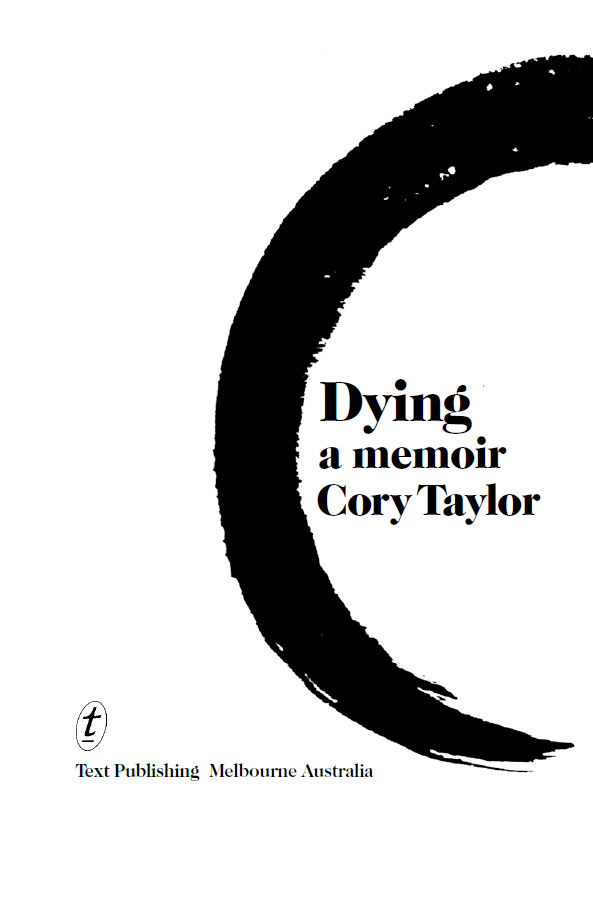 All rights reserved. Without limiting the rights under copyright above, no part of
this publication shall be reproduced, stored in or introduced into a retrieval system,
or transmitted in any form or by any means (electronic, mechanical, photocopying,
recording or otherwise), without the prior permission of both the copyright owner
and the publisher of this book.

First published in 2016 by The Text Publishing Company.

The paper used in this book is manufactured only from wood grown in sustainable regrowth
forests. 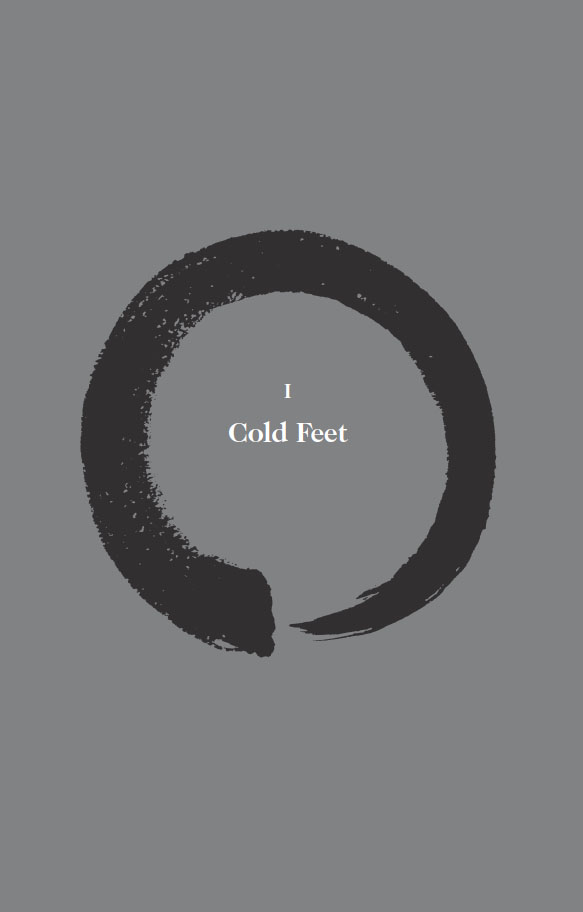 About two years ago I bought a euthanasia drug online from China. You can get it
that way, or you can travel to Mexico or Peru and buy it over the counter from a
vet. Apparently you just say you need to put down a sick horse and they'll sell you
as much as you want. Then you either drink it in your Lima hotel room, and let your
family deal with the details of shipping your remains home, or you smuggle it back
in your luggage for later use. I wasn't intending to use mine straightaway, and I
wasn't fit to travel all the way to South America, so I chose the China option.

My Chinese drug comes in powdered form. I keep it in a vacuum-sealed bag in a safe
and secret place, along with a suicide note. I wrote the note over a year ago, a
few days before I was due to have brain surgery. I had
melanoma in the part of my
brain that controls the movement of my limbs on the right sideâincurable, no guarantee
that the cancer wouldn't return after the surgery. By then I had deposits of melanoma
elsewhere too, in my right lung, under the skin on my right arm, a big one just below
my liver, another pressing on my urethra, which had necessitated the insertion in
2011 of a plastic stent to keep my right kidney functioning.

I had been first diagnosed in 2005, just before my fiftieth birthday, after a biopsy
on a mole excised from the back of my right knee came back positive as a stage-four
melanoma. Since then the progress of my disease had been mercifully slow. It was
three years before it showed up in my pelvic lymph nodes and another couple of years
before it began to spread to other parts of my body. I had two rounds of surgery,
from which I recovered well, and in between I suffered no debilitating symptoms.
In that time I managed to keep my illness a secret from all but my closest friends.
Only my husband, Shin, knew the whole story, because he'd accompanied me to my regular
scans and specialist appointments. But I had kept the details from our two teenage
sons, trying, I suppose, to protect them from pain, because that was my job as their
mother. Then, in late December 2014, a seizure left me temporarily helpless as a
baby and I could no longer deny the obvious.

So we convened a family meeting in our home in
inner-city BrisbaneâShin, our younger
son Dan, his girlfriend Linda, our older son Nat and his wife Asako, who dropped
everything and flew home from Kyoto where they'd been living for two years. Over
the next few days, I took them through all the paperwork they'd need to access if
the worst happened: my will, their Powers of Attorney, my bank accounts, tax, superannuation.
It helped me to feel that I was putting my house in order, and I think it helped
them because it made them feel useful. I even revealed my interest in euthanasia
drugs and evasively said they were on my wish list for Christmas. I called it my
Marilyn Monroe gift pack.

And, to the extent that they didn't object, I think they understood.

My suicide note was by way of an apology. âI'm sorry,' I wrote. âPlease forgive me,
but if I wake up from the surgery badly impaired, unable to walk, entirely dependent
on other people to care for me, I'd prefer to end my own life.' I also repeated what
I'd told them a hundred times to their faces: how much I loved them all, and how
much joy they had brought me. Thank you, I told them. Talk to me when I'm gone, and
I'll be listening. I wasn't
sure that was true, but it was as metaphysical as I was
ever going to get, and it did make a kind of sense at the time, given that I was
already writing to the living from the point of view of the dead.

As it happened, I came through the surgery, not entirely unimpaired, but not too
badly off. The tumour in my brain was successfully removed. My right foot will never
fully recover its strength, so I limp, but I have normal movement in the rest of
my right side. And, over a year after the operation, I'm still here. Nevertheless,
my situation remains dire. There is no cure for melanoma. A few drugs are being trialled,
with varying results. I've been involved in three drug trials, and I can't say for
certain whether any of them slowed the disease. All I do know is that, despite my
oncologist's best efforts, I eventually ran out of treatment options. It was then
that I became certain I was coming to the end. I didn't know when, or exactly how,
I was going to die, but I knew I wasn't going to make it much beyond my sixtieth
birthday.

With my health deteriorating steadily, I started to focus on the question of suicide
like never before. After all, in a first for me, I'd gone to the extent of breaking
the law and risking prosecution, in order to obtain the means. My stash calls to
me day and night, like an illicit lover.
Let me take you away from all this
, it whispers.
My drug would go straight to the sleep centre of the brain in the time it takes
to
finish a sentence. What could be easier than to swallow a fatal dose and never wake
up again? Surely that would be preferable to the alternative, which is a lingering
and gruesome demise?

And yet I hesitate, because what appears to be a clear-cut solution is anything but.
Firstly, there are the practicalities of my taking such a course of action. As the
law stands in Australia, I would have to take my drug alone, so as not to implicate
anyone else in my death. Even though suicide is not a crime, assisting a person to
suicide is illegal and is punishable by a lengthy jail term. Secondly, there are
the emotional repercussions for others should I do the deed, be it in a hotel room
somewhere, or on a lonely bush track. I ask myself if I have the right to traumatise
some hotel cleaner, or some bushwalker, unfortunate enough to discover my corpse.
Of paramount concern to me are the repercussions for Shin and the boys of my taking
my own life, for as much as I've tried to prepare them for the possibility that I
might, I know the reality would shake them to the core. It worries me, for instance,
that my death certificate would read âsuicide' as cause of death, with everything
that the term implies these days: mental angst, hopelessness, weakness, the lingering
whiff of criminalityâa far cry from, say, the Japanese tradition of
seppuku
, or suicide
for honour's sake. The fact that cancer was actually my killer would be lost to
posterity,
as would the fact that I am not, by any fair measure, mad.

Faced with all of these obstacles, I contemplate my bleak future with as much courage
as I can muster. I'm lucky to have found an excellent palliative care specialist
and an exceptional home nursing service, so, along with my family and friends, I
have as much support as I could wish for. If I were, however, to express a wish to
end my own life, none of that support would be legally available to me. I would be
strictly on my own. Our laws, unlike those in countries such as Belgium and the Netherlands,
continue to prohibit any form of assisted dying for people in my situation. It occurs
to me to ask why. I wonder, for instance, if our laws reflect some deep aversion
amongst medical professionals here towards the idea of relinquishing control of
the dying process into the hands of the patient. I wonder if this aversion might
stem from a more general belief in the medical profession that death represents
a form of failure. And I wonder if this belief hasn't seeped out into the wider world
in the form of an aversion to the subject of death
per se
, as if the stark facts
of mortality can be banished from our consciousness altogether.