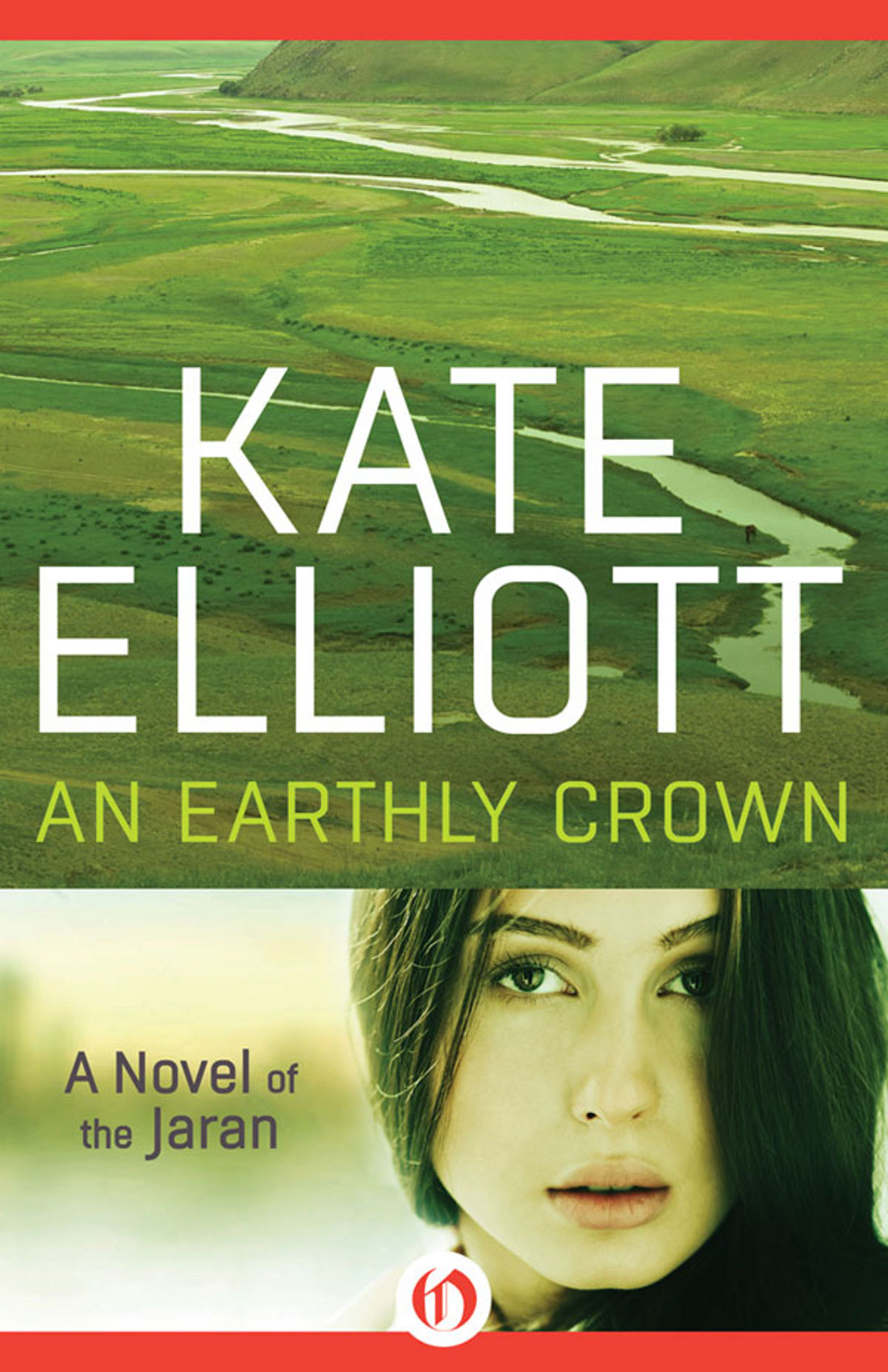 “Elliott’s sure-handed and seductive blend of exotic locales, complex interstellar politics, intriguing cultures, realistic romance, and wonderfully realized characters is addictive. I want my next fix!” —Jennifer Robertson, author of the Novels of Tiger and Del

“Sweeps the reader along like a wild wind across the steppes. Tell Kate to write faster—I want to read the whole saga NOW!” —Melanie Rawn, author of the Dragon Prince Trilogy

“[Kate Elliott] spins a splendid web of a tale to trap the unwary and hold them in thrall until the tale is done. Here is another one . . . take care, for if you open these pages you’ll be up past dawn.” —Dennis McKiernan, author of
Voyage of the Fox Rider

“A new author of considerable talent . . . a rich tapestry of a vibrant society on the brink of epic change.” —
Rave Reviews

“Well-written and gripping. After all, with a solidly drawn alien race, galactic-scale politics, intrigue, warfare, even a crackling love story, all set in a fascinating world that opens out onto a vast view of interstellar history, how could anyone resist?” —Katharine Kerr

An Earthly Crown
A Novel of the Jaran
Kate Elliott

This book is dedicated to my brother, Karsten, because he keeps bothering me to dedicate a book to him, and because it was meant to be dedicated to him all along, for reasons he knows best.

T
HE SWORD OF HEAVEN
is a single novel being published in two parts. The author sometimes refers to it as a novel in five acts with one intermission. 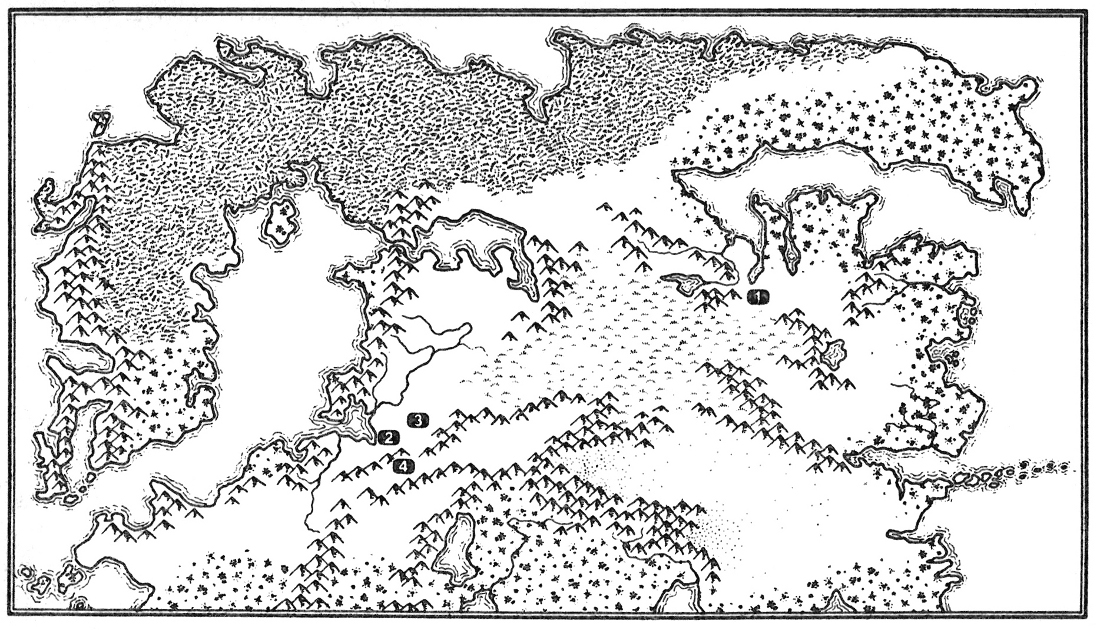 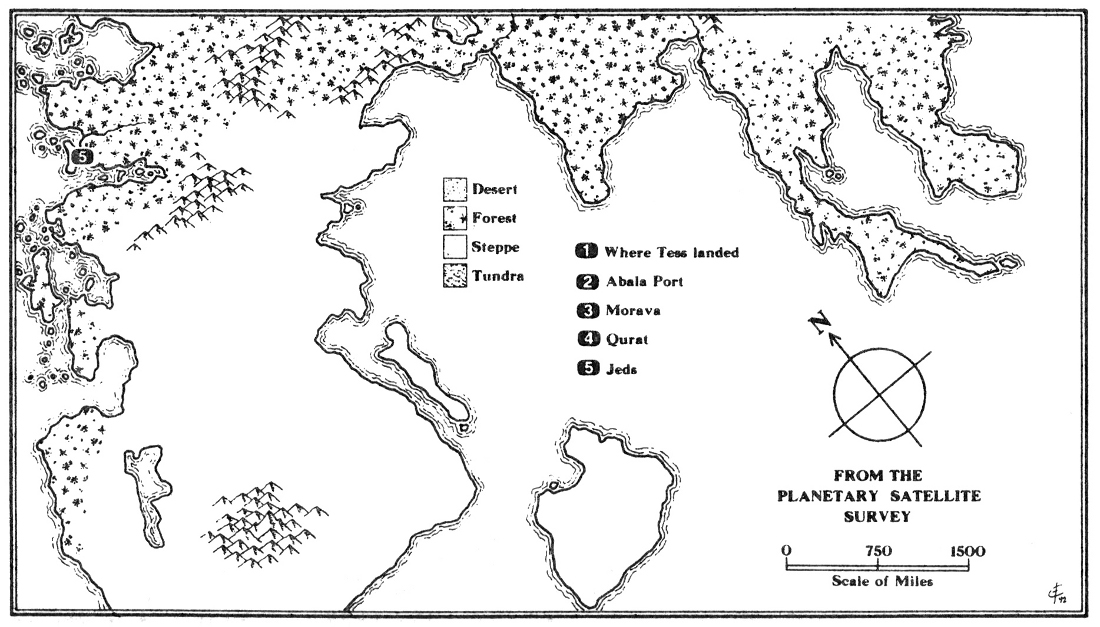 (Here I am a barbarian,

because men understand me not.)

“I can take any empty space

and call it a bare stage.

A man walks across this empty space

whilst someone else is watching him,

and this is all that is needed

for an act of theatre to be engaged.”

“Nature that framed us of four elements, Warring within our breasts for regiment,

Doth teach us all to have aspiring minds:

Our souls whose faculties can comprehend The wondrous architecture of the world: And measure every wandering planet’s course,

And always moving as the restless spheres, Wills us to wear ourselves and never rest, Until we reach the ripest fruit of all,

That perfect bliss and sole felicity,

The sweet fruition of an earthly crown.”

T
HE RIDER LEFT THE
great sprawl of tents that marked the main camp of the nomad army just as the sun set. Dusk washed his scarlet shirt gray, and with only the gibbous moon to light him, he soon faded into the dark of night, the susurration of his horse’s passage through the high grass marking his progress. Near midnight, he came to another, smaller camp, and here he changed horses and went on. By dawn, he was within sight of the low range of hills where lay the farthest outposts of the
khaja,
the settled people.

One hand’s span after sunrise, he rode through a village. Fields spread out around the huts. Green shoots wet with dew sparkled in the soft light of morning. The khaja stopped in their tasks and stared at him, a lone
jaran
warrior armed with a saber and a lance, passing through their midst as if their presence was beneath his notice. None spoke, or moved against him.

A cluster of jaran tents stood in neat lines outside the leveled sod walls that had once protected the village. A single rider emerged from the encampment and rode out to meet him.

The traveler reined in his mount and waited, leaning forward over the horse’s neck to whisper in its ear as it fretted at the tight rein. Then, sitting back, he lifted a hand. “Well met,” he said as the young rider from the encampment pulled up beside him. “I am Aleksi Soerensen. I’ve come from the main camp, with a message for the Gathering of Elders. You’re one of Grekov’s riders, aren’t you?”

“I’m Feodor Grekov. His sister’s son.
Soerensen?”
Grekov hesitated, raising a hand to brush a lock of blond hair off of his forehead. He pronounced the name awkwardly.

“Yes,” Aleksi agreed, politely but without a smile.

“You’re the orphan that Bakhtiian’s wife adopted,” said Feodor. He examined Aleksi with what appeared to be common curiosity. “It’s said you have a fine hand for the saber.”

Aleksi was disconcerted. He had not grown used to the respect, and the protection, his adopted sister’s name granted him. “I had a fine teacher.”

Feodor did not press the matter. “If you’ve come from the main camp, then your news must be important. I’ll get you a new mount, and ride with you myself, if you need a guide.”

“It’s safe enough for the two of us from here on into the hills?”

“We have patrols running through all these hills. There are a few khaja bandits left, but nothing more. These khaja aren’t real fighters. Soon they’ll all be subject to us, as they should be.” Feodor grinned. “And I’d like to go, anyway. It will be something to tell my children.”

“I—” Feodor hesitated. “A man can’t help looking,” he said at last. Aleksi heard the bitterness in his voice clearly.

“I’d like to marry,” Aleksi agreed, feeling suddenly and surprisingly sorry for Grekov, who ought to have had an easy life, being nephew of a tribal warleader and nephew to its headwoman. And since the unnamed young woman in question had no choice in marriage, Aleksi could only guess that the obstacles arose from Grekov’s elders. “But I suppose I never will.”

“Of course, as an orphan—but surely you’ve standing enough now, since Bakhtiian’s wife has adopted you into her tent.”

“Adopted me by her customs, not by ours. Or a bit by both, I suppose. Still, you may be right. I hope so.”

“Gods,” said Feodor, “there’s enough trouble in the world without worrying about women.” And that sealed their comradeship. Aleksi felt a bit overwhelmed by how easy it was, when you had a respectable name, a sister, a place in a tribe. “Come on,” Feodor added, “we’ll get you a new mount and something to eat, and then be on our way.” He led Aleksi into camp and introduced him round as if he was just another young soldier like himself and the rest of the riders. A short time later, the two young men rode out in charity with each other.

By midday they reached the butte known to the jaran as
khayan-sarmiia,
Her Crown Fallen from Heaven to Earth. Once, the stories said, this range of hills was known only to the jaran tribes, but in recent generations a few khaja settlements had crept out across the plains from settled lands in the south and west to pollute the holy ground where the Sun’s Crown had come to rest on the earth.

At the base of the hill, an army waited. Countless soldiers, in their tens and hundreds and thousands, gathered to acclaim the man who would lead them against their ancient enemies. Aleksi and Feodor left their horses with the army and hiked up the trail that ascended the steep hillside. The wind began to buffet them. Soon both were breathing hard, despite their youth, because they were not used to so much hard walking.

At last, the path leveled and gave out onto a plateau from whose height they could see the shifting mass of the army below, the rolling spread of hills, and a few distant wisps of smoke that marked khaja villages. Far to the south, past the flat haze of plain, a suggestion of bluer haze marked the southern mountains. To the north and east lay only the vast golden plains that blended at the horizon into the equally monotonous blue of the sky. West, though they could not see it from here, lay the sea.

They admired the view for as long as it took to get their breath back. But of far greater interest was the gathering now taking place on the plateau itself.

A single tent had been set up at the southern end of the plateau, a great tent whose sides shook in the wind that scoured the summit. Between the northern end, where the two young men stood on an escarpment of rock, and the tent lay a broad stretch of ground smoothed by generations of wind and storm. On this ground, on the earth itself, some on blankets, some on pillows, sat the assembled commanders and elders of the thousand tribes of the jaran.

The Border Trilogy by Amanda Scott
Love Me With Fury by Taylor, Janelle
The Day the Rabbi Resigned by Harry Kemelman
The Ordinary Life of Emily P. Bates by Anna Cackler
The Witch by Jean Thompson
Beautiful Child by Torey Hayden
Showdown in Crittertown by Justine Fontes
Clade by Mark Budz
The Bourne Sanction by Lustbader, Eric Van, Ludlum, Robert
Stepbrother Forbidden (Stepbrother, Where Art Thou? Book 2) by Aya Fukunishi