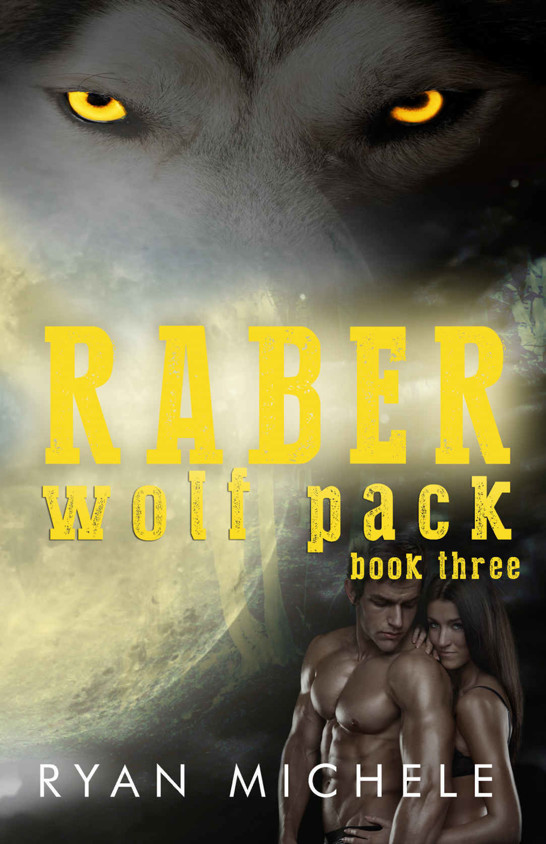 This book is intended for mature audiences only. Scenes are not suitable for younger readers.

Without limiting the rights under copyright reserved above, no part of this publication may be reproduced, stored in or introduced into a retrieval system, or transmitted, in any form, or by any means (electronic, mechanical, photocopying, recording, or otherwise) without the prior written permission of both the copyright owner and the above publisher of this book.

This is a work of fiction. Names, characters, places, brands, media, and incidents are either the product of the author's imagination or are used fictitiously. The author acknowledges the trademarked status and trademark owners of various products, bands, and/or restaurants referenced in this work of fiction, which have been used without permission. The publication/use of these trademarks is not authorized, associated with, or sponsored by the trademark owners.

WE SIT IN THE
living room, all of our eyes glued to Zara’s Nana O. In all my years, I’ve never heard of this
legend
that she says exists, but from the intensity in her eyes, she believes every word of it.

“Nana, come on,” Zara says impatiently, and I can’t blame her. With learning that the Lobo pack is alive after all and this guy Camp up our asses, we don’t need any more bad news.

“Patience, child.” Nana O takes the cup of tea that Stella offers her, setting it on the table beside the couch. “Thank you, dear.” Stella nods, moving away swiftly.

We all stare and wait, the room thick with tension.

“There will come a time in our world when greed, power, and wealth will overrule good judgement, and packs will be destroyed.” She pauses, looking each of us in the eye. “The time has come.”

My eyes shoot to Xavier, and his tight frame and the vein pulsating in his neck tell me he does not like this at all. I have to agree with him. This shit doesn’t sound good.

“What does that mean, Nana?” Zara asks, tucked protectively under Xavier’s frame.

Nana O picks up a large bag that she’d set on the floor when she came into the den. She reaches in and pulls out a piece of very old looking parchment paper. She opens it slowly and sucks in a breath, then reads it aloud.

“The survival of all the wolves will come down to six. These six will align like the stars in the Heavens after the first female from the thirteenth generation of the Barren wolf pack meets her alpha mate. Her mate’s identity will distinguish two other males as part of the six, the beta and gamma of his pack. The mating bond will bring forth the final two wolves, two females. Everything will progress at rapid speed. The six must defeat any immediate threat or all will be lost. Wolves and humans alike will be changed forever.”

“What?” Zara gasps so deeply, she sucks the air out of the room. “
I’m
the thirteenth generation of the Barren pack.”

Holy hell. That means that we are the ones fighting.

“Yes, beautiful girl, you are. Now that you have your mate and it appears that the big guy over there has found his, the gamma will be next.”

It’s my turn to still. My mate? And I get to bring her into this hell? The thought doesn’t sit right with me at all.

“Does the legend say who we are battling, because we already took out Zara’s old pack?” Xavier asks.

“No, but something tells me that as soon as the third male finds his mate, everything will fall into place.” Nana’s eyes fall on me.

No way. She couldn’t possibly, I know that, but from that penetrating stare, it seems like she
knows
. Knows that I’ve already smelled my mate, faintly, at the library.

“It’s almost your time,” she whispers to me.

“MOVE, DAMMIT.”
I stare at the glass of water resting on my bathroom countertop willing it to move, using every bit of my mental strength to make it happen. The liquid inside the glass mocks me, not even splashing to the sides at least a little bit. Stagnant. Unmoving, it continues to taunt me.

“Shit.” I break my concentration and look at the woman reflected in the mirror. “Seriously, Sabrea? You think that just because you’ve somehow miraculously moved things on two different occasions, it’s a sure thing?” I shake my head, annoyed with myself.

For the past week, I’ve been practicing—or more or less trying to practice—whatever this is. I’ve even cut back on reading so I’d have more time, which is a huge deal for me. Ever since that day in the living room when I sent a damn coaster flying at my bitch of a sister Savannah’s head just by thinking about it, I’ve practiced. And what do I get? Nothing. I have no clue how in the hell I did it. The second time it happened, it was a chair. It moved away from the dinner table just as my other sister, Sydney, went to sit down, and she landed flat on her ass.

I chuckled at both occurrences so, of course, they blamed me, but I played stupid. Mostly because that’s how I feel. I have no idea how the hell I did it. I keep going over and over the scenarios that led up to it, and the one similarity had been my anger. Bright spotty anger at my sisters is the only common denominator.

I’ve been using that in my practice, but either I’m not pissed enough, or that wasn’t my trigger. No one in my pack has this power, there’s nobody to ask for advice. Right now I’m not sure I’d want to anyway. I’d rather keep it to myself until I find out what
it
is. That’s why I went to the council’s library in town, and even though I love it there, it seriously sucked going down to the basement. The basement is a secret area that humans don’t know exist. It’s also where the
original
copies of the Oracles are located, and I thought maybe they could help. I dug through old documents, one after the other, trying to find answers.

Maybe I would have found some if pages weren’t missing from the books. Pages dealing with mind control, reading other’s thoughts, and telekinesis—the ability to move things with one’s mind—had been ripped out. It baffles me.

Why? What doesn’t someone want others to know?

Not finding anything isn’t what got me so damn flustered while there. It was
him
. I smelled him. It was faint but it was coming closer to me, growing stronger. I ditched everything and hightailed it out the secret exit, through the alley. My wolf is seriously still pissed at me for that move, but I’ve learned to control her habits. It’s not easy, but I manage, barely.

After smelling him, whoever
he
is, I’ve kept my searches to the internet, and let me just tell you, some of that shit on there is wacked. Seriously. I read some site that claimed that we kill humans for their blood. That’s stupid, only vampires do that, and since rules were put on them, they have adhered to them. Another site said that we only can shift on the full moon. I mean, come on. That is the oldest, stupidest thing I’ve ever heard, but for some reason, humans believe it. That’s like saying we only pee when a butterfly crosses our path. Asinine.

Oh, I’ve seen the movies, too. My best friend Dale and I watch them. We made up a special game called
Wrong Shot
. It’s easy. Every time you see something wrong or untrue you take a shot. Let’s just say we’re always pretty toasted by the time the movie is over and we have a super high tolerance since our blood heats up so high it burns off the alcohol quickly.

I stopped looking on the web. It got so damn boring seeing the same shit and not finding what I wanted. So, instead I’ve been practicing and having zero luck.

All right, can’t fix this problem, I need to find my mother to fix the next. My parents have it in their heads that my sisters and I need to go to a wizard named Marvin to get our futures told to us. Well, not really our futures, just when we are going to find our mates. You would think parents wouldn’t want to get rid of their daughters, hand them off to a male, but for some reason mine are determined to. If they want to get rid of Syd and Savannah, the sooner the better, but I wish them luck.

I’ve already found mine, but he won’t like what he gets in the end. Therefore, I will do everything in my power to not smell him again. I choose to stay here without a mate. Without
him.
My wolf growls and I feel her pain as the thought alone slices my gut.

A hurtful chuckle erupts from my throat. I act like I really have control over anything. Let’s be straight. Males lead with their dicks. Males think with their dicks. If my mate smelled me at the library, he won’t rest until he has me. And once he does, his disappointment is inevitable. I’m not stupid. I see how the rest of my pack looks at me.
Poor pitiful Sabrea. She’s so pretty, too bad she’s defective
. The ‘defective’ jabs really bite my ass. I’m not fucking defective. I still eat, breathe, and shit. What I don’t do is shift.

The Twisted Sword by Winston Graham
Raw Deal (Bite Back) by Mark Henwick
In Wicked Chains (The Wicked) by Ashton, Avril
2 On the Nickel by Maggie Toussaint
Zeely by Virginia Hamilton
Quidditch a través de los tiempos by J.K. Rowling
Crime in the Club (The Bound Detective) by Ashley Thompson
Delicious One-Pot Dishes by Linda Gassenheimer
Forever Yours by Candy Caine
Dead & Alive (Book 1): Survive by Smith, I.J