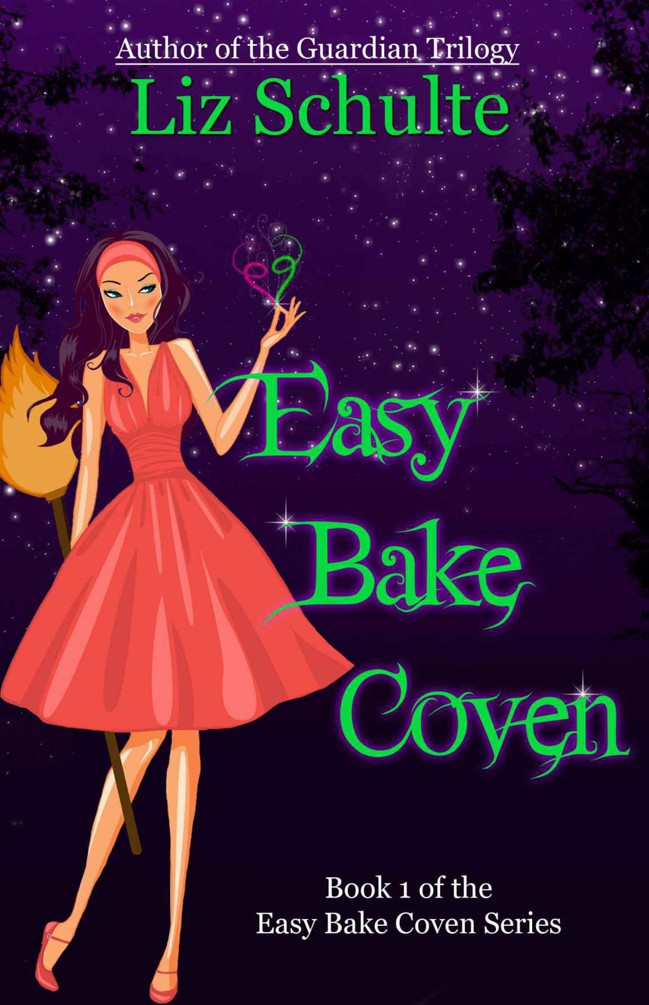 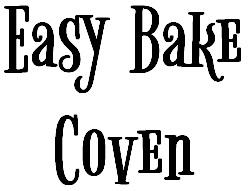 Discover other titles by Liz Schulte at
Amazon
.

I squared my shoulders, rolled my neck, and swung my arms like I was getting ready for a prize fight. “Gram… I’m a witch!”

Katrina and Devin shook their heads. Jessica leaned back in my armchair and crossed her legs, inspecting me like a judge on
American Idol
. “Uh, one more time, Selene, only with
less
enthusiasm. I don’t think the older generation’s that open-minded about the craft.”

“Gram, you know that thing I can do that we don’t talk about.” I took a deep breath. Even though we were just pretending the words were stuck in my throat. “Well, apparently my abilities make me a witch.”

Three of my best friends, and other coven members, busted out in uncontrollable giggles; our fifth member, Leslie, was out of town in my moment of need—she’d have been nicer.

“
They
don’t make you a witch. It’s your personality that does that.” Katrina continued to laugh hysterically along with Devin and Jessica. I was less amused.

I swung a pillow at them, and they feebly blocked with their forearms. “Quit it. I’m serious. I want to tell Gram. She’s my only family.” I rolled my eyes. “I
have
to tell her.”

“Selene, I love you, but you’re twenty-six. If you haven’t told her by now, don’t you think she’s better off not knowing? I mean she’s pretty old. She could keel over from the shock.” Devin offered.

They didn’t understand. I was raised by my grandmother, and as scared of her as I was, I hated hiding anything from her—and like they’d pointed out, I’d waited too long already. I had to finally bite the bullet on this one and just spit it out. They’d all told their families in one way or another—it wasn’t a big deal for them. Gram, on the other hand, was set in her ways and a strict Catholic. Let’s just say she was a lot less likely to take this in stride. “Thou shall not suffer a witch to live,” popped into my head and my nerves clenched. This was going to be bad: worse than when she first noticed my ability, worse than when she caught me sneaking into the house three hours past my curfew as a teenager. Gram had always kept a tight rein on my life.

“You guys suck,” I grumbled, annoyed that they weren’t being serious.

“When I told my family, I sat them down and said, ‘I joined a coven.’ My dad asked how much it was going to cost him. When I said, ‘nothing,’ they changed the subject to my cousin who’d gotten knocked up. Maybe you just think she’ll react badly,” Jessica said.

“I’m serious. She might just take it in stride. You know, maybe she has more perspective than you are giving her credit for.” Jessica was at least trying to be helpful, but our situations just weren’t the same. She’d told her parents when she was eighteen. She hadn’t completely avoided conflict and kept it a secret for the better part of eight years. Even if Gram took it well, I had waited too long. I was going to crush her heart, and I owed her so much for taking care of me after my parents died.

Perspective? Oh I knew what type of perspective my gram had. She made me hide my gifts my entire life. We never spoke about them or acknowledged them in any way. I was just a normal kid like everyone else . . . except I wasn’t. I played the role of Selene, the girl everyone wanted to be but no one actually knew. I spent years biting my tongue and not saying the words that wanted to spill out. I smiled and was pleasing to everyone around me. I hung out with all the right people and never made waves. I was a blank, pretty, and plastic.

“Cheer up, Selene.” Kat smiled. “What’s she going to do, kick you out of the house? You haven’t lived there since the day you left for college. You need to stop worrying about her and show us what your mysterious ability is.”

For as long as I could remember I was telekinetic, but Kat wasn’t wrong. I should just show them already. Logically I knew it had nothing to do with good or evil, but years of repression was a hard thing to get over.

“I need a drink,” I said, collapsing into my chair. Jessica tossed me a beer.

“We’re witches. I don’t see what the big deal is. It’s not like we’re sacrificing animals in the bathroom or sticking pins in voodoo dolls. You know, unless you guys want to start.” Devin winked. “Besides your grandma is three hours away. Just let it be,” she suggested.

Devin was absolutely right. Those common misconceptions about witches that plagued society didn’t describe us at all. We were five women, not too long out of college, who happened to have special interests. We were as different as the four elements—Earth, Air, Fire, and Water—and that’s what made our small coven strong. We didn’t advertise and we didn’t recruit. We were just best friends who enjoyed dabbling in a little magic.

The idea of being a witch attracted me because the lifestyle wasn’t bogged down with rules about my behavior. I had enough of that in my life. The two main rules of the craft were do whatever you want so long as it didn’t hurt anyone else, and whatever you send out into the universe will come back to you threefold. I could deal with that. In fact, I hoped it was true. After all, I’d spent so much of my life practicing the first rule without hope of being rewarded threefold.

Our monthly coven meetings were more a girls’ night out, less a casting spells and trying to take over the world thing. Being a witch was a more natural life, paying homage to a time lost with technology and innovation. It wasn’t a big deal.

“Besides, people have been calling us all witches, or other rhyming words, for years. We might as well get the perks,” Katrina added, an amused glint still in her eyes.

I twisted the cap off of my beer and threw it at Kat, hitting her in the forehead. I loved these girls more than anything. We met in college during the first day of our History and Mythology of Witchcraft class and instantly clicked. The study group we formed soon turned into so much more—add in a few natural abilities and voilà—our easy bake coven.

There was a knock at the front door; the cab was finally here. I made my decision: the wimpy one. Again. They were right. Why rock the boat?

“Whatever, let’s hit a bar,” I heaved myself up.

“That’s my girl,” Devin said with enthusiasm. I let my friends go before me and drained my beer and deposited the bottle in the recycling container on my way out. Gram didn’t need to know. It was easier on both of us that way.

The Billionaire's Trust (His Submissive, Part Eleven) by Ava Claire
Hitler's Hangman by Gerwarth, Robert.
The Witness by Nora Roberts
Raphael by D. B. Reynolds
When Love Breaks by Kate Squires
The Vesuvius Isotope (The Katrina Stone Novels) by Elise Ph.D., Kristen
Korea by Simon Winchester
Without Regret (Devil's Playground #1) by Nicole Edwards
Betting on Fate by Katee Robert
Lit by Mary Karr