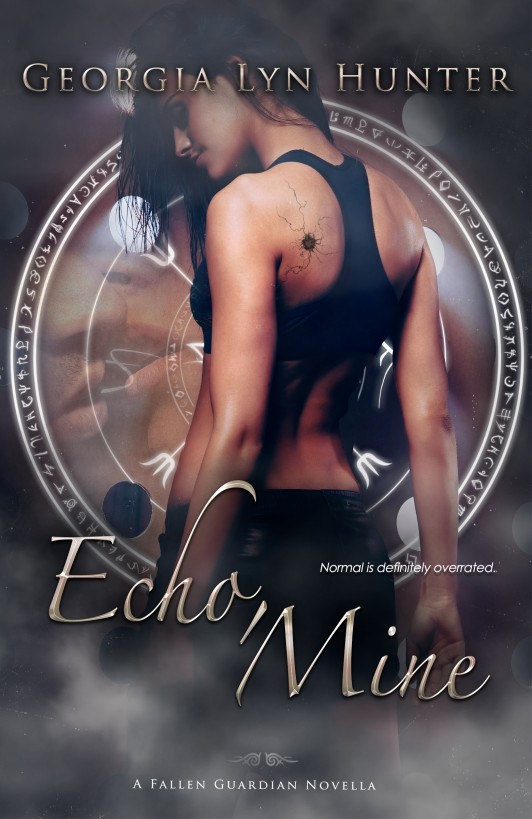 This book is a work of fiction. Names,
places, characters and incidents are either the product of the
author’s imagination or are used fictitiously. Any resemblance to
actual people, living or dead, businesses, organizations, events or
locales is entirely coincidental.

All rights reserved under the International
and Pan-American Copyright Conventions. No part of this book may be
reproduced or transmitted in any form or by any means, electronic
or mechanical, including photocopying, recording, or by any
information storage and retrieval system, without permission in
writing from the author.

To my amazing CPs Celia, Coleen, Nancy and
Anna, thank you for your tremendous input in making this story come
alive.

Chelle, my awesome editor, for doing your
magic on this manuscript.

My betas’ Sara and Carolyn, you guys
rock!

And Montana Jade, I love your magical
cover.

Most of all to my wonderful family for giving
me the time to write:

I love you guys.

After a horrifying incident that left her in
a coma for several long months, Echo now has to get used to a
different life. As a descendant of a powerful angel, her days waver
between training as the new Healer and convincing her mate she’s
strong enough to match him in life and in bed.

A surprise date night gives her the perfect
opportunity to do both. But plans have a way of coming unraveled.
One disaster leads to another, and Echo accepts that nothing in
their lives will ever be normal.

But the biggest revelation of the night
comes after she kills a dangerous demonii. Sparks fly between her
and her mate, proving that normal is most definitely overrated.

Dim lights cast a sickly, pale glow over the
dingy alley, adding to the portentous sensation crawling through
Aethan. As if some disaster loomed, one he couldn’t quite get a
grip on. He glanced at Blaéz, strolling at his side. The warrior’s
calm demeanor revealed nothing.

“Something feels off,” Aethan said, his
unease growing.

“Indeed… You made a decision yet?” Blaéz
asked as they bypassed several dumpsters lined against the grimy
brick wall. The things reeked as if a pack of rats had died
there.

Blaéz cut him a cool, detached stare. A
purple bruise marred his jaw. With his penchant for brutal
underground fighting, Aethan wasn’t surprised.

“Is it that you really don’t know, or that
you haven’t decided?” he asked.

Aethan frowned. His disquiet hiking in leaps
now. “Celt, you talk in riddles. How the hell am I supposed to know
what you're talking about? Did you have a vision or what?”

The male’s precog ability was unparalleled.
Hell, everything he’d told Aethan several months ago when he’d
first met his mate had transpired—
shit
. “Is it Echo?” he
snapped in fear.

“No.” Blaéz turned back to stare into the
night. “No precog needed for this one. But it does indeed concern
your mate.”

Aethan stopped and pinned his fellow
Guardian an annoyed glare. “Just spit it out, man. What the hell is
it?”

Blaéz slowly faced him. He was as tall as
Aethan, a little on the leaner side, and deadlier than a detonating
bazooka jammed into one’s mouth with his ability to kill with a
thought. But dammit, any slower on the response, and Aethan would
probably die of old age!

“Heard the females talking. Your mate and
her friend, Kira…”

“Yeah?” Aethan prompted, clamping down on
his teeth to stop from shaking the words out of the warrior.

“It’s Echo’s big day next week. Her
birthday. Females, from what I’ve seen on TV, get excited about the
day. And presents.”

Fuuccck!
Suddenly feeling faint,
Aethan slid his hands into his pants pockets. This was worse than a
damn demonii bolt striking him in the chest. What the hell did he
do now?

Echo had told him her birthdate some time
ago when she’d asked him his, but he hadn’t put much stock into
remembering it. Hell, when you live forever, birthdays no longer
mattered. He continued to walk up the alley, trying to think of
something amazing for his mate…and came up blank. He really didn’t
want to screw this up.

“Right—” Aethan broke off. A familiar
insidious prickle slithered over his psyche. Demoniis. The turned
brethren of demons were on the hunt again, trawling for prey, for
mortal souls to replace the dying ones they’d already harvested
from humans.

Eyes narrowed, he scanned the night air for
the source… His heightened hearing caught the faint, pained cry of
a female. Trouble.

Aethan dematerialized in a scattering of
molecules and followed the distressed cry. He took form moments
later in The Bowery and tore down the dimly lit alley, following
the sensation, and skidded to a halt. Blaéz appeared beside
him.

The abandoned warehouse across
the street sat too still, too dark.
The icy, malevolent
sensation abrading his psyche grew stronger. Beneath it, he smelled
the coppery odor of blood…but no humans.

“What the hell are they up to?”

Without answering, Blaéz
strode toward the barricaded entrance and climbed through a gaping
hole in the door.
The warrior was all about the fight, the
more brutal, the better. Pain was the only thing he felt after
losing his soul and emotions several millennia ago while
incarcerated in Tartarus.

Aethan followed, scaling through the gap as
the mystical tattoo on his biceps pulsed at the evil surrounding
him. The stench of sulfur saturated the confined space
.
He stopped beside Blaéz in the shadows. His gaze pinned
on a horde of demonii congested on the other end of the warehouse,
jittery sounds escaping them. Their eerie red eyes glowing like
lights in the dark.

“I sent you to this world with one damn
task,” a voice bellowed. “But you thought to abscond—”

“Rahvert, I did not mean for it to happen,”
a demon male whimpered. The leader of the pack punched him in the
face. The sickening crunch of bones breaking filled the place.
Blood gushed from the trapped male’s nose. The demoniis holding him
snickered.

Blaéz vanished. He reappeared on the other
side of the warehouse and threw himself into the horde, breaking
the gathering apart, his fist plowing into a demonii’s jaw.

Aethan flashed across to them as another
charged him. He punched the scourge in the face and sent him
reeling back. Then he saw the woman—a demoness—and a demonii with
his mouth fastened to her neck. Damn fuckers! They couldn’t reap a
demon’s dark soul, but their blood was fair game! Aethan yanked the
asshole away, rammed his face into the wall and tossed him
aside.

The female fell into a tangled heap on the
cement, bleeding profusely from her torn throat. A moan of
desolation ripped through the warehouse from the trapped demon.

A stocky demon glared at Aethan. The silvery
light spilling in from the window highlighted the jagged
red and black
scar
running
down
his face from his brow to his
jaw. It appeared as if someone
had tried to cleave his head
in half then stuffed a whole lot of salt into the wound before it
had sealed.

“You two are those do-gooder Guardians
protecting this weak mortal species.” Scarface sneered.
“
This
”—he waved a hand to the fallen demoness and the
weeping male—“has nothing to do with you.” He flashed to the female
and yanked her head back. Her eyes had taken on the red hue of
demon-kind in death.

As if Aethan didn't know what they were. He
didn’t care. She was an earthbound demon—an innocent—one of the
many who sought to make a safer life in this world, away from the
tyranny of the Dark Realm. But
safe
wasn’t in the cards for
them it appeared. Seconds later, her body shimmered and
vanished.

“You brought this filth into a place under
our protection,” Aethan snapped, nodding to the agitated
demoniis.

Scarface laughed. “The rules of this world
don’t apply to us, asshole.” With a dismissive wave of his fingers,
he turned to the several twitchy demoniis near him. “Deal with
them.
Their
souls would last you longer.”

Did the bastard think they were that easy to
kill?

Three demoniis rushed Aethan from the horde,
and two went after Blaéz. Dumbasses!
All should be
gunning for Blaez, not him. While he had to
summon
his power, Blaéz just had
to latch onto their minds.

Aethan sidestepped the attack and propelled
his body through the air, lashing out with his booted foot and
nailing the demonii in the throat. A choking gurgle escaped the
scourge. More circled him. Aethan summoned his mystical,
six-foot-long obsidian sword that usually resided in a tattoo on
his biceps. In a smooth glide, his weapon shifted, taking shape in
his hand. He wheeled around and decapitated several of the scourges
then went after the demonii cowering against the wall who’d fed off
the female. And drove his sword into the fucker’s chest.

“
Noooo
!” Scarface’s shocked yell
filled the air. He grabbed the falling—and fast decomposing—body,
dropping to his knees. The corpse in his hands disintegrated into
dust.

He jolted to his feet, face consumed with
rage. Hatred. His red-hued gaze stabbed holes into Aethan. “You
killed my kin—my brother. I will make you suffer before I destroy
you.”

Scarface pivoted, a blade flashed, and he
ruthlessly sliced across the carotid of the weeping demon. Blood
sprayed like a geyser as he tossed the male aside. The remaining
demoniis descended like a swarm of infected buzzing bees.

Celt, shield,
Aethan sent a
telepathic warning to Blaéz, who was fighting off two more on the
other side. The warrior smashed his fist into the throat of a
demonii, threw him across the hall, and dematerialized.

Aethan lowered his shields and his power of
whitefire consumed him. It sizzled through his body like a surge of
lightning, connecting with his sword. If caught in its wave, none
stood a chance. He wielded his weapon in an arch. White light
hissed and whipped out like a lariat curling around the scourges
and slicing them in half. In a swirl of black smoke, Rahvert
flashed out before the deadly light touched him.

As the bodies crumbled into gray dust,
Aethan let his sword settle back into a tattoo on his biceps.
Silence surrounded him. He couldn’t sense Blaéz
around either.

Inhaling harshly, Aethan left the warehouse
and cut through a dank passage. Two stray dogs rummaging through
the trash growled as he passed. He cleared the foul thoroughfare
that connected to a backstreet and headed up. Several Harleys lined
the curb outside a bar farther along.
Movement
flickered in his peripheral view
.

Blaéz stepped out from the shadows.
“Followed the scarred one for a bit,” he said, running his fingers
through his cropped hair, his pale blue eyes cool as the moon, “but
he vanished back to the Dark Realm.”

“It matters little. Next time I see him,
he’s dead.”

“Indeed. I need a drink.” Blaéz stopped
outside Dante’s bar. “You coming, or you heading back to the
castle?”

It was close to three in the morning. He
should leave and go back to Echo. His chest tightened just thinking
about her. Every day he left her to do his job, he worried. Since
she’d awakened from her coma weeks ago, after being unconscious for
months, she tired easily. She would probably—hopefully—be asleep
and not waiting up for him. It was becoming damn hard to leash the
voracious need that seared his blood whenever he was near her and
keep their lovemaking gentle.