Read Fallen Angels, the Watchers, and the Origins of Evil Online

Fallen Angels, the Watchers, and the Origins of Evil 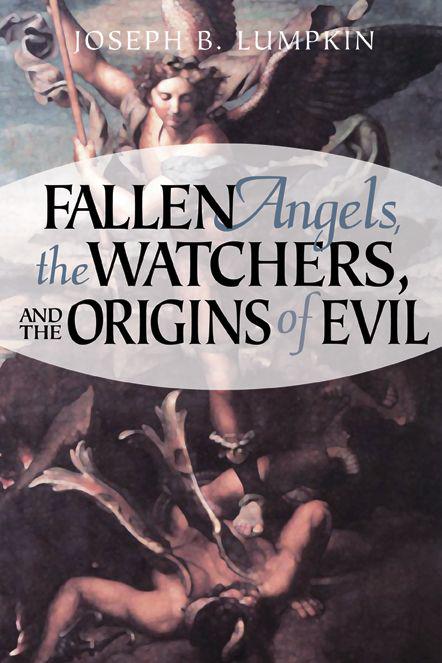 and The Origins of Evil:

A Problem of Choice

Fallen Angels, The Watchers, and the Origins of Evil:

A Problem of Choice

Cover Designed by An Quigley

About the Ancient Texts

The Book of Jasher

The Book of Enoch

The Book of Jubilees

The Book of Genesis

The Origin of Evil

The origins of evil are planted deeply within each of us. Evil is innocent as a child and monstrously vicious. It feeds upon the same flesh and breathes the same air as saint and martyr.

Free will and personal choice direct our steps to heaven or hell and mark us as good or evil. Whether we are angel, watcher, nephilim, or man, evil is a choice many give themselves over to, fully and completely.

It continues to be pride that keeps us from seeing the truth of our own nature. Pride itself blinds us to our own pride. Pride, arrogance, and selfishness are the seeds and flowers arising from the same root of evil. Evil is the manifestation of the same, all too common, human condition; a condition afflicting angels and watchers alike.

“The fear of the Lord is to hate evil: pride, and arrogance, and the evil way, and the froward mouth, do I hate.”

The root and cause of all evil arise from a self-centered viewpoint that takes no one else into consideration. It is the drive to control, dominate, and consume. The condition comes from tunnel vision so narrow as to include only the person and his desires. This calls into question the nature of evil.

Does evil have a reasoned intent to hurt, kill, and destroy or is there an egomaniacal innocence to evil?

Could it be that complete evil is actually a blind selfishness?

Does evil not arise from a refusal to consider the life, position, or feelings of others? Evil thoughts, actions, and feelings are based on fulfilling one’s own desires at the expense or destruction of all others. Feelings and welfare of others do not come into play, nor do they cross the mind of an evil being. The nature of evil is a twisted, childish, innocence; a self-centered and myopic view.

How strange and paradoxical; how appropriate Satan should take what was so much a part of his own nature and assist man in finding it so abundantly in himself.

As it is written of Satan in the Book of Isaiah:

“How art thou fallen from heaven, O Lucifer, son of the morning! How art thou cut down to the ground, which didst weaken the nations! For thou hast said in thine heart, I will ascend into heaven, I will exalt my throne above the stars of God: I will sit also upon the mount of the congregation, in the sides of the north:

I will ascend above the heights of the clouds; I will be like the most High.”

As it is written in the records of man, in the most ancient books of Enoch, Jasher, and Jubilees:

Look the children of men have become evil because the building a city and a tower in the land of Shinar was for an evil purpose.

They built the city and the tower, saying, “Go to, let us rise up thereby into heaven.” And whilst they were building against the Lord God of heaven, they imagined in their hearts to war against him and to ascend into heaven.

God knew all their works and all their evil thoughts, and he saw the city and the tower which they were building.

Yet this is only the beginning of the story. Hidden within the most ancient texts are the footprints of evil’s origins. Spread through these books are threads of truth left here and there in racial memories and oral histories dating back to the first recollections of man. In this primal state, evil was born and the story was recorded.

By contrasting and comparing ancient texts containing the creation of angels, demons, and man; a full and panoramic history of evil is produced. In this history the startling revelation of the descent of man and angels, and the evolution of evil on earth is clearly revealed.

The books selected for this purpose are, The Book of Enoch, The Book of Jubilees, The Book of Jasher, The War Scrolls, and The Bible. Each of these ancient texts carries within it a piece of the story. By weaving the stories together, the origins of evil are brought into focus.

Related scriptures are interwoven to add detail to the history of evil. In these cases scriptures may be inserted non-chronologically. However, these are digressions used to emphasize certain points within the ancient texts.

Certain familiar Jewish oral traditions and myths were inserted at the appropriate places in the timeline. Since myths are given less weight of authenticity, the passages are included in italics to distinguish them from the more accepted texts.

Although there were fragments from over 600 separate scrolls found in the caves of Quman, only a few fragments were used in tracing the history of evil. The War Scroll is one such scroll.

The Dead Sea Scrolls comprise documents, including texts from the Hebrew Bible, discovered between 1947 and 1956 in eleven caves in and around the Wadi Qumran on the northwest shore of the Dead Sea. They are Biblical and religious documents of great historical value dating from before AD 100.

An Affair Most Wicked by Julianne Maclean
The Unidentified Redhead (1) by Alice Clayton
The Pull of Destiny by Hotcheri
Lover Unleashed by J. R. Ward
Heart of the Ocean by Heather B. Moore
Going Dark (Nightfallen #1) by S.G. Schvercraft
Port Starbird (Storm Ketchum Adventures) by Dennis, Garrett
Her Accidental Husband by Mallory, Ashlee
New Beginnings by E. L. Todd
The Wolf's Mate Book 7: Lindy & The Wulfen by Butler, R. E.