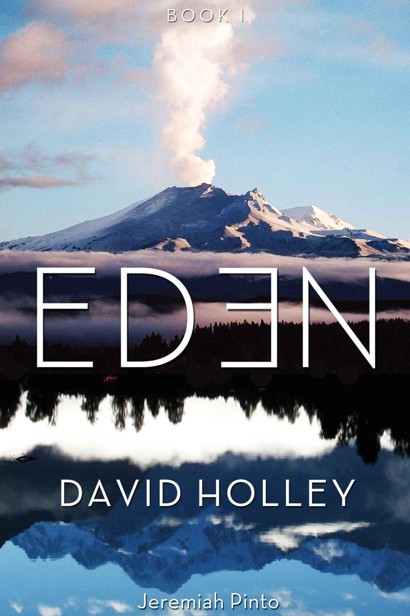 First and foremost, we would like to thank our editor, Rebecca Wilson, for providing outstanding service and for a keen attention to detail that vastly improved the quality of our story. We would like to also thank our pool of test readers: Abby Kessler, Mia Holley, Jessica Pinto, Katie Loftus, Byron Jackson, Chris Ovdiyenko, and Adria Ovdiyenko.

David Holley thanks his daughter and muse, Mia, and his true love, Abby Kessler, for giving him the strength to reinvent himself and for providing support and encouragement throughout the journey.

Jeremiah Pinto would like to thank his wife, Jessica, for all of her love and support.

This story is dedicated to anyone who has ever lost someone they truly love.

Today was unlike other days. No, today was something altogether different indeed. For once, she wasn’t chained to her lab, no small feat. As it was, the last time she left her station was several months ago. And on that day, she did the very same thing that she finds herself doing at this very moment. But that was a different day and under very different circumstances.

Evelyn looks into her rearview mirror, and her piercing blue eyes stare back. Her golden strawberry hair flows just past her shoulders, and as the steering wheel swivels to complete a turn, her hands are free to primp and powder. She inspects her shimmering nails and deems them immaculate, fresh from a polish of rose-colored coral. She is scented in an exquisite perfume that has just a hint of wild lavender. She is sure that no stone has been left unturned; her porcelain skin burns with the thought of looking into her husband’s eyes once more.

Because today is the day that her husband, Noah, will be coming home after his third, and most certainly last, tour of duty. Cold rain washes over the windshield, as the metronome swipes across, erasing the years of empty resolution. Time has been cruel, and the world even crueler, but despite everything, Evelyn feels more hopeful today than she has in years.

“Peggy, mute the radio.” The litany of negative spin dies instantly upon her command.

This is her day to celebrate, even if the rest of the world has no reason to. Stopped at a red light, she gazes across the grey blight.
London is so dreary in October.

While her husband has been at war a world away, Evelyn has battled a different conflict at home — pandemic viral outbreaks are posing a far greater threat to the existence of mankind than even the relentless fighting. Countless virulent strands of influenza have run rampant across the globe, killing millions of people and leaving millions more at death’s call. As head of Pathology at the World Health Organization, Evelyn fears she has seen more death than even her battle-weary husband.

But today is a new day and a fresh start for a marriage that has been on hold for more than half its duration. This is partly her doing, she recognizes. Her life’s work, dedicated to the help and welfare of others, has taken her around the world. And after more than a decade of searching, she has finally discovered a game-changing breakthrough. The turning point came when an assignment took her to Somalia eight months ago. There, she witnessed a particularly wicked strand of H1N1 wipe out an entire village in Badhan, sparing only a brother and sister from the complete extinction of a bloodline that traced back over 100,000 years. This precious seed, from the cradle of man, held the key to Evelyn’s discovery.

When she discovered the siblings, they were managing the care of the remaining twenty-two infected townspeople after more than 3,000 had already perished. Within three days of Evelyn’s arrival, all twenty-two had succumbed, leaving only the brother and sister to endure.

Zuzi, at twenty-four years old, is a statuesque woman of almost six feet and her brother, Asad, six years her elder, stands six inches taller. Both are sculpted like Greek statues — and completely immune to the virus. When she studied them further, Evelyn found they share a common gene that lies dormant in the majority of humans. What her esteemed forbearers had discarded decades earlier as junk DNA was in fact an active gene in these two. After a thorough sweep, Evelyn was able to find only very few instances of the active gene among her human samples. Further research revealed that only one in roughly 10,000 humans actually have the working gene in their DNA. The discovery of the gene, which she named AZ22, had been a revelation to her research.

While her study is still in its infancy, she hopes to one day engineer this gene that exists in all of us to reawaken in future generations.

Although time is of the essence, she has far more pressing concerns at the moment. For the first time in her memory, Noah Lockheart, her husband of twelve years, needs her. After having served his country at war, fighting the Knights of Palestine for what has felt like an eternity, he is finally coming home. A highly decorated soldier, with numerous citations for valor and heroism, Noah has served as Captain of the Elite Special Forces Brigade in the British Army. But after having seemed so impervious to the effects of war, he suddenly appeared lost after a failed night raid in Tora Bora, Afghanistan that left most of his squadron dead and Noah’s impeccable record tarnished. His Special Forces unit took another blow when the disgraced captain decided to cut short what could have been a legendary career.

While his motives puzzle Evelyn, she is certain that time at war has hardened him. His eyes, once filled with life and wild wonder, now appear tired and bleak. After the failed mission, Noah was ordered on mandatory leave from his company and spent four weeks with Evelyn at their summer home in northern Spain. There, they spent quiet days punctuated by detailed accounts of all that had gone so terribly wrong for Noah and his squadron that night. It was decided during his sabbatical that he would resign his post at the end of his tour and pursue other interests in the civilian world. This suited Evelyn just fine, as she felt Queen and country had taken enough of her husband; she would use this time to fortify their own alliance. She never once believed the chatter painting her husband as a
broken soldier
. She knows that the cost of war could not wilt Noah’s spirit and, whatever his reasons for leaving, she is certain it was calculated. And while their marriage is strong, it had been tested; after so many years apart, their longing for one another may have weakened, but it has never wavered. She is overjoyed that the demands of the world, which kept them apart for so long, no longer have a say in the matter, not anymore. Not if Evelyn has her way.

She channels her thoughts to happier times and smiles as she remembers the great lengths that Noah took to win her affections. His uncompromising guile and determination had been a constant for as long as she has known him. She recalls the world seeming kinder then, although hindsight suggests that they all should have known better. The signs of impending doom were everywhere, even then.

Her heart quickens at the thought of the young Noah. Fearless and brimming with confidence, he was more than a little full of himself as he strode across the grounds at the University of Oxford. Not particularly tall, standing only slightly above average, he had a lean muscular frame and dark blue eyes that burned bright when his eyes met hers eighteen years ago. She hadn’t been easily impressed, not like so many others, and actually had thought so little of him that when he first introduced himself to her she merely laughed and walked away.

This response only fanned the fires of his determination. However, time and time again, his efforts came up woefully short. From beautifully scripted letters, to various art he created, all of his efforts yielded similar results, usually in the form of a half-hearted “thank you” or sometimes a more scathing, “Who did you get to do this for you?”

Undeterred, it was obvious that Evelyn would never succumb to poems and trinkets. She was well on her way to becoming a scientist and had no time for unrequited love. She took herself much too seriously but Noah admired her tough exterior as much as he did her convictions. He decided the best way to her heart would be to challenge her intellect, and that’s exactly what he set out to do.

Days passed, then weeks, and Evelyn was free of Noah’s distractions. He had decided to cool his jets and let time do most of the work. He even pursued other women, or at least that’s how it appeared to Evelyn, who was relieved that she was no longer in his sights and could focus on her own ambitions.

After several months of careful planning, Noah was ready to unleash his stratagem. He knew Evelyn to be a methodical thinker and he felt certain that she would have developed a habitual work pattern to boost her productivity. This schedule would train her mind and enable her to maximize her intellectual effectiveness. She spent countless hours in the lab and in front of her computer, analyzing and studying scientific data. On the rare occasions that she went out with her friends, it was usually only for dinner and maybe a few drinks, but ultimately her life revolved around her passion. Her drive fascinated Noah and he was curious as to what fed it. He was convinced that they were similar, even if she hadn't realized it.

It was winter, and a typical evening for Evelyn as she sat at her station combing through lab results, when she was startled by an instant message on her computer screen.

“Pardon the interruption. I know you are busy but I’m wondering if you would help me with an experiment I am working on?”

She glanced at the username. “S.I. Newton?” she said to herself, confused. She typed, “I’m sorry, do I know you?”

“No, you do not, but I am well aware of you. I think you may have found your match in regards to your dedication to science.”

That brought a smile to Evelyn, who wasn’t used to being complimented for her passion. Raised by a working-class family in Manchester, she was often misunderstood and usually ignored during an adolescence spent reading in the corner of their small flat, while her siblings demanded their parents’ attention. She recalled, rather sadly, how her mother would often refer to her as an unfortunate soul.

“And how would you know that, Sir Newton?” she tapped quickly.

“Well, like you, I spend most of my nights here at the lab,” he confessed.

Reinventing Jane Porter by Dominique Adair
The Cost of Betrayal by David Dalglish
Mediterranean Women Stay Slim, Too: Eating to Be Sexy, Fit, and Fabulous! by Melissa Kelly
Epitaph by Shaun Hutson
Undecided by Julianna Keyes
Inevitable by Haken, Nicola
The Sailor in the Wardrobe by Hugo Hamilton
Candy Cane Murder by Laura Levine
Duncton Found by William Horwood
Enemy of My Enemy by Allan Topol