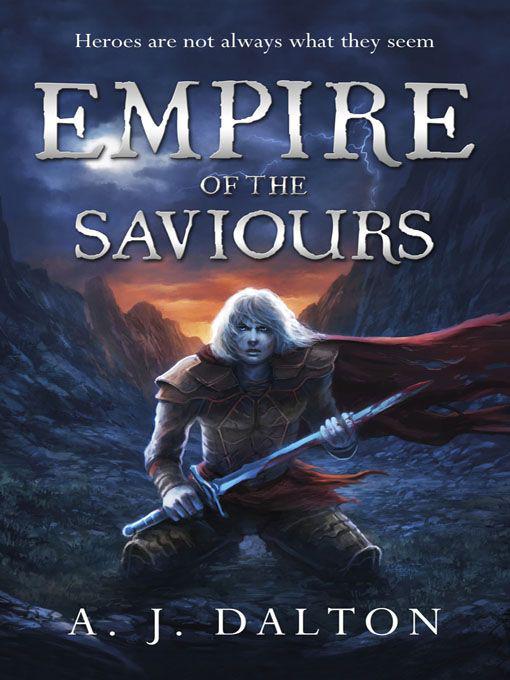 Beware those who speak of faith and the betterment
of the people yet say magic is the work of the devil
.

Chapter 1: Magic is the First Evil

Chapter 2: And Character is the Second

Chapter 3: For We are Permitted Life

Chapter 4: Only as it Pleases Others

Chapter 5: Or those that Came Before

Chapter 6: There Being no Escape from what We are

Chapter 7: Or what We Once were

Chapter 8: Life Therefore Being a Prison

Chapter 9: To Punish and Protect Us

Chapter 10: For and from the Sin of Being

Chapter 12: And Always Too Late

Chapter 13: To Save Us from what has Already Happened

Chapter 14: Or End what has Begun

With a salute to my vigilant reading group:

With thanks to Matt White, Nick White, Tom Martin and Kasia Martin, for their unstinting support.

Magic is the first evil

I
n the beginning, the blessed Saviours had rescued the People from the pagans and barbarians, and then built fortified towns within which to keep their new followers safe.

Each town had a standing force of Heroes along its walls to guard against any sudden attacks by marauders from without, and to keep any of the People who became distracted or disorientated within. For it was not unknown for a pagan magic-user hiding somewhere in the deep woods to attempt to cast a dark influence over the minds of the People. There was a story whispered among Jillan’s classmates that one such spell-caster had caused the People of New Sanctuary to rise up against their own Heroes, and that it was only a sudden and unexpected visit by one of the Empire’s Saints that had saved the town from being entirely lost – praise be to the Saviours for their foresight in commanding the Saints to travel between communities in order to administer ongoing care to the People!

It was said that the pagans and barbarians were brutal savages – many of them shape-changers – who were elements of the Chaos. In the olden days, it was from the Chaos that the Saviours had created lives of order and safety for the People. That had been so long ago, of course, that everybody now knew about it even if they hadn’t been alive when it had happened. The Empire of the Saviours was ancient and had always been – older than old Samuel even, and he was the oldest person in Godsend – older than Jillan’s grandfather, great-grandfather, great-great-grandfather, whoever he had been, and even the one before that.

Minister Praxis said that just as the Empire of the Saviours had always been, so it would always be; that the Empire was
eternal
. The only ordered life that existed in the world was the Empire and everything else was the Chaos. At the beginning of time, the Minister told his young students, the forces of good and order had come together as the Empire in order to prevent the Chaos and its dark pagan gods from ruling absolutely and from ultimately destroying the world. The Chaos constantly railed against the Empire and tried to tear it down, jealous that the People had been wrested from its clutches. Thus, every community needed its walls and Heroes, and all of the People needed to remain vigilant and guard their thoughts and minds against any unholy instinct or temptation.

Jillan had lived all his thirteen years within the walls of Godsend. Each morning, he would be sent off to the school at the centre of town, just off the wide and open Gathering Place. His mother and father – along with most of the other adults – would spend the day beyond the walls, his mother working in the fields and his father hunting with a skilled few in the woods. The adults were always escorted and protected by a squad of Heroes, although the pagans would rarely attack while the sun was in the sky. In fact, there’d never been an attack while Jillan had been alive. Minister Praxis said that the pagans had learned to fear the Heroes and preferred to use dark, sneaking ways rather than risk any sort of direct confrontation. Minister Praxis always looked at Jillan when he used the words
dark
or
sneaking
, but Jillan was never sure why. It made him uncomfortable and his face would flush. He’d feel guilty and afraid and Minister Praxis would smile and nod knowingly, reminding all the students how important it was to guard their thoughts against any secret and selfish desires sent to them by the pagans and the Chaos.

Jillan was afraid of Minister Praxis and didn’t like going to school to sit beneath the tall man’s glare every day. The boy knew he should be grateful to hear about the Saviours, because of what they had sacrificed and done to free the People from the corrupting grip of the Chaos, but Jillan’s mother would have to shout at him several times each morning before she could get him out of his bed. Sometimes he found himself wishing that the night and his sleep would last forever, and that the sun would never rise again. Then he’d realise such a desire was sinful – that it was
dark
and
sneaking
– for the night belonged to the pagans, and in wishing for a night that lasted forever, he was actually dreaming of the final triumph of the Chaos. Of course he wanted the sun to rise again! How could he not? If it didn’t, he’d never awake to see his school friends and parents, and he loved his parents dearly, more than anything else, even though he knew he should love the Saviours more.

Jillan was scared of his own thoughts and feelings sometimes. They could be sinful and threatened to get him into trouble, threatened to let the Chaos claim him completely one day. And the way Minister Praxis looked at him in class meant that the Minister
knew
. He had to know that Jillan had such thoughts. He saw it every time Jillan’s face flushed, and perhaps even sensed some of his thoughts, for those who were strong in their faith were gifted with an ability from the Saviours to see where and when the Chaos was at work. It was why all the other town elders listened respectfully to the Minister whenever an important decision needed to be made or whenever one of the People brought some grievance to the council.

‘Do I
have
to go? I feel a bit sick,’ Jillan complained as he sat eating breakfast with his parents. Then he brightened: ‘Maybe I can stay home today, and you could stay with me, Mother!’ Jillan used his most pleading eyes, the sort that usually persuaded his mother to give him his birthday present early or give him an extra helping of one of her wonderful puddings.

But his father was too quick for him today. ‘I’m not surprised you’re sick, spending all night cooped up in here. Fresh air is what you need, lad. You can get plenty on the way to school. You’ll feel right as rain by the time you meet your friends.’

Jillan refused to adjust his expression and kept his eyes on his mother. Her face became worried.

‘Perhaps he really is sick, Jed.’

Jed snorted and set down his mug of light beer on the table with a bang. ‘My sweet and trusting Maria, didn’t you see how he polished off that bread and honey? A boy with that sort of appetite can’t be so sick, now can he? It can’t be contagious whatever it is, since you and I are fine, so whether he spends the day sick at home or at school makes little difference. Better he spends the day in school then, learning his numbers and letters so that he doesn’t have to end up in the fields or woods like us when he comes of age.’

Jillan silently cursed – he should have thought to resist the bread and honey, but honey was his favourite. He knew he would have to change tack. ‘But I don’t want to work with numbers and letters, Father. I want to be a hunter like you! I’ve been practising with my bow and can hit a tree from forty paces!’

Jed, who was a bear of a man, nodded his head in approval and clapped Jillan heavily on the shoulder, all but flattening him. ‘Yes, son, you have the eye, but you do not yet have the strength to draw the sort of bow that can stop a wild boar in its tracks …’

Jillan eyed his father’s bow leaning in the corner by the door. It was as long as he was tall, and when he’d secretly tested himself against it just the week before, he’d been unable to bend it more than half an inch.

‘… and you cannot yet read the spoor of an animal, or navigate the trails of the forest. Look, it’s only another six months until the Saint is sent to Draw all those coming of age. Then you will be a man. I will begin to teach you to hunt, but it will be several years before you are ready to have a full longbow. During those years you will have to work at something to contribute your share to the community … and to support any wife you might choose to take.’

Jillan flushed and suddenly found the pattern of the table’s wood fascinating.

‘So learn your numbers and letters well and you might yet be offered work with Jacob the trader. He has no son and his back is too bent to load that cart on his own. You’ve always said you wanted to see other places, rather than being stuck out here in the far and wild reaches of the Empire. Well, the trader can offer you chances to travel, for you know well that he visits Saviours’ Paradise every month and sets up a stall there on market day on behalf of Godsend.’

‘And Jacob’s daughter, Hella, is a sensible girl.’ Maria smiled. ‘I hear she has the sort of eye for you that could hit a heart at forty paces.’

Jillan flushed even more furiously than before. ‘I’m going to school!’ he announced hotly and stood.

Jed took pity on him. ‘Maria, don’t tease him so. It’s all right, Jillan, all in good time. And the choice will be yours – we will not arrange and insist on such things as some other parents would. All right?’

Jillan nodded. ‘I have to go or I’ll be late. I need to get my slate and chalk for school. Can I be excused?’

Jed hesitated, debating with himself for a moment. ‘If you tell me why you were trying to avoid going to school.’

‘Jed, he’s distressed enough as it is,’ Maria warned. ‘This can wait.’

Jed kept his eyes on his son and lowered his voice to a growl. ‘Is Elder Corin’s son giving you trouble again?’

‘Then what is it? You know you can tell us anything. We’re your parents, and we love you no matter what.’

Jillan shifted his weight uncomfortably from one foot to another, and then back again. He glanced at his mother for help, but she only watched him with a mix of concern and curiosity. Finally, he couldn’t help blurting, ‘The Minister hates me! He always picks on me. And I haven’t done anything wrong, not really. But don’t say anything, pleeease, because that’ll only make things worse! It’s only six more months. It’ll be fine!’

Hell House by Richard Matheson
Blood From a Stone by Lucas, Cynthia
Peregrine's Prize by Raven McAllan
Random Violence by Jassy Mackenzie
The Sweetest Seduction (The Kelly Brothers, Book 1) by McHugh, Crista
Inishbream by Theresa Kishkan
Zeroboxer by Fonda Lee
Where One Road Leads by Cerian Hebert
Like a Mule Bringing Ice Cream to the Sun by Sarah Ladipo Manyika
The 5th Witch by Graham Masterton